Photo: Google Streetview screenshot of May 11, 2021

The case for these projects is getting clearer. Between 2000 and 2030, some 290,000 square kilometers of natural habitat are expected to be converted to urban land uses, according to a study in Nature Sustainability. Growing urban sprawl heightens the need to build zones to manage runoff and temperatures and preserve biodiversity. According to the United Nations Development Programme, a loss of biodiversity entwined with climate change presents “a profound, existential planetary emergency, including for the world’s cities.”

In a neighborhood of right-angled stone, stucco and brick buildings not far from Milan’s central train station, two thin towers stand out. Green and shaggy-edged, they look like they’re made of trees. In fact, they’re merely covered in trees — hundreds of them, growing up from the towers’ staggered balconies, along with 11,000 perennial and covering plants, and roughly 5,000 shrubs.

The greenery-festooned towers, called the Bosco Verticale, or Vertical Forest, are residential buildings in a broader-than-usual sense. The 18- and 26-story structures are “a home for trees that also houses humans and birds,” according to the website of architect Stefano Boeri, who has built tree-covered buildings elsewhere and is working on similar projects in Antwerp, Belgium, and Eindhoven in the Netherlands.

The Bosco Verticale is an example of urban rewilding, the growing global trend of introducing nature back into cities. There are consequences to the pace of today’s urban growth, which is the fastest in human history, including loss of biodiversity, urban heat islands, climate vulnerability, and human psychological changes. The U.S. Forest Service estimates that some 6,000 acres of open, undeveloped space become developed each day. Globally, past urban planning decisions like the prioritization of the car have given rise to cities that, but for scattered parks, tend to be divorced from nature. Rewilding aims to make cities better and more sustainable for people, plants, and animals.

A relatively recent concept, “rewilding” is amorphous, tending to overlap with adjacent concepts like renaturing. “A lot of people practice urban rewilding in different ways,” says Marie Law Adams, a landscape architect at Landing Studio in Somerville, Massachusetts, and a lecturer with MIT’s Department of Urban Studies and Planning. Still, most definitions agree that rewilded spaces should get little or no maintenance — just like remote forests or swamps.

These spaces can be as small as an outdoor feral cat shelter (like those Adams’s firm built in a Chelsea, Massachusetts, junkyard). They can be as urban as Manhattan’s High Line, a 1.5-mile park built on an elevated, abandoned railway above city blocks, or Germany’s Mauerpark, constructed along a stretch of what was once the Berlin Wall. They can be as big as a 560-acre native forest, penned in by an 8.6-kilometer mesh fence, in Wellington, New Zealand. More than a dozen native wildlife species have returned to the Wellington forest, Zealandia, since the early rewilding initiative was completed in 1999. 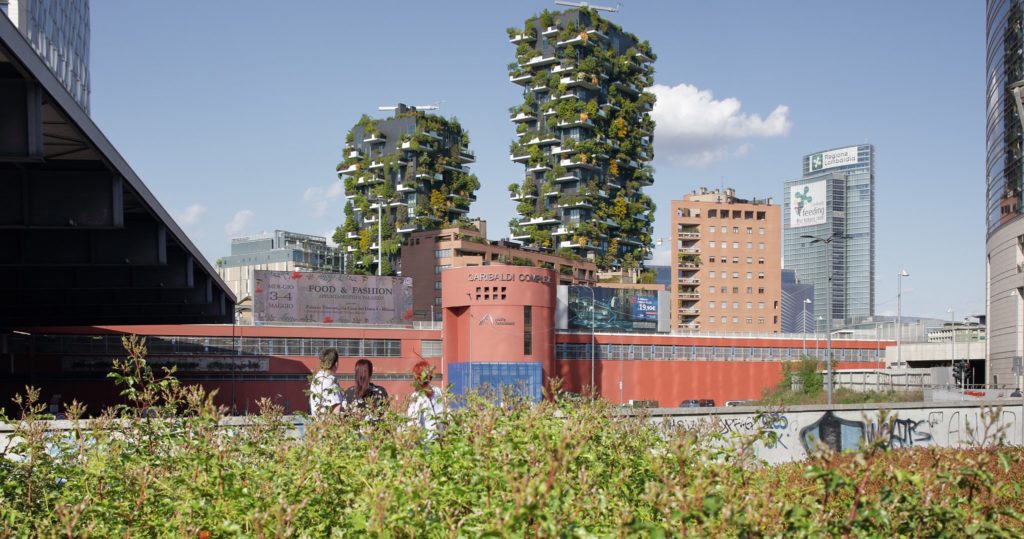