In today’s Flashback Friday #FBF we are honoring Roland Appl, Technical Director with ZinCo GmbH, who will be retiring after more than 35 years on May 31. Take a look back at this highly informative video which debuted in our inaugural Greenroofs & Walls of the World™ Virtual Summit 2011. 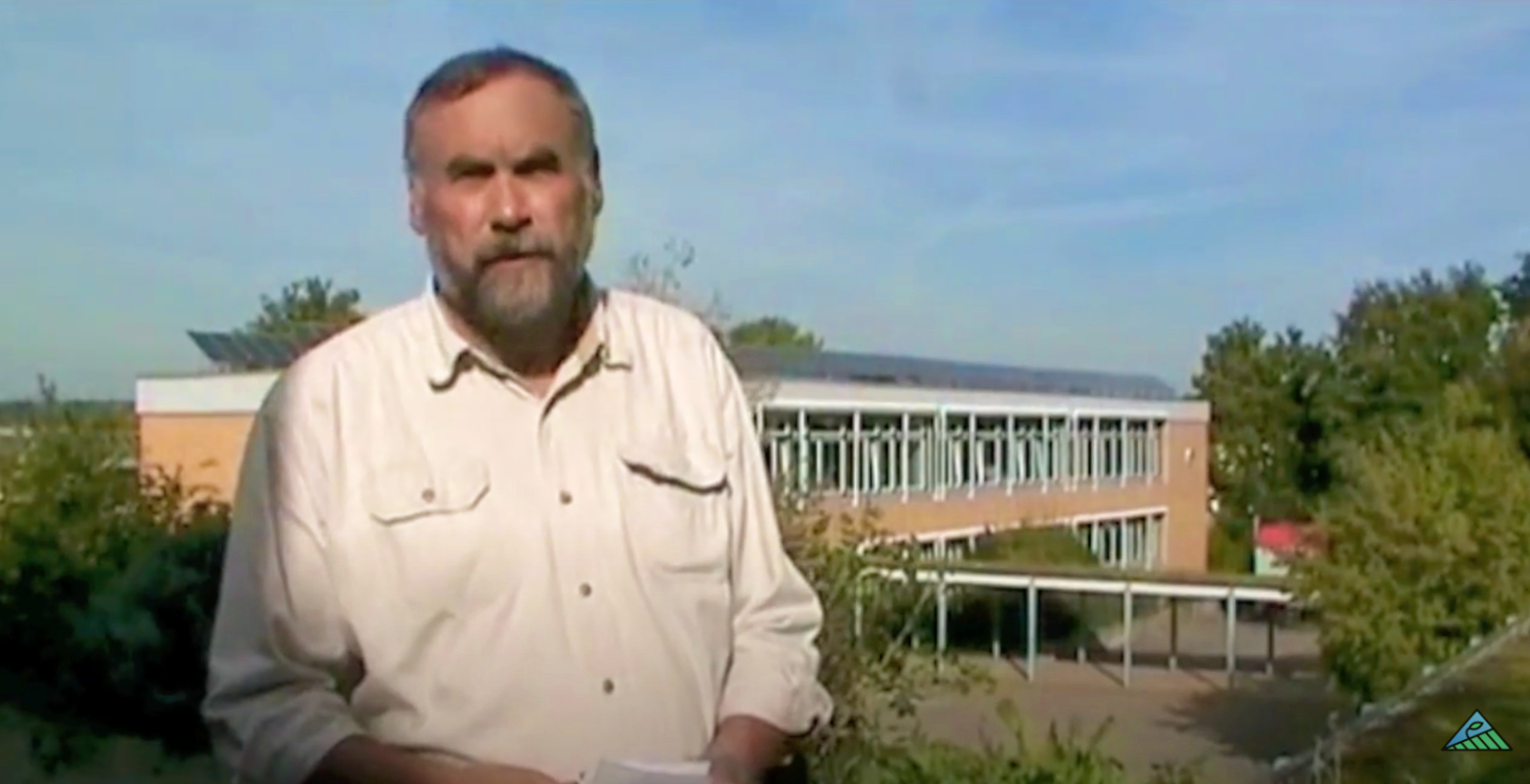 In Roland’s video presentation, he explains:

“The synergy effects of combining green roofs with photovoltaics are not limited to their installation — the substrate serves as ballast against wind-uplift — they are also noticeable in their operation: solar module efficiency is normally linked to temperatures. As evaporation from the green roof cools the photovoltaic modules, in turn the process increases their efficiency — this is an important contribution to the environment and to climate protection.” ~ VS2011#18 – “Combining Green Roofs with Photovoltaics” by Roland Appl 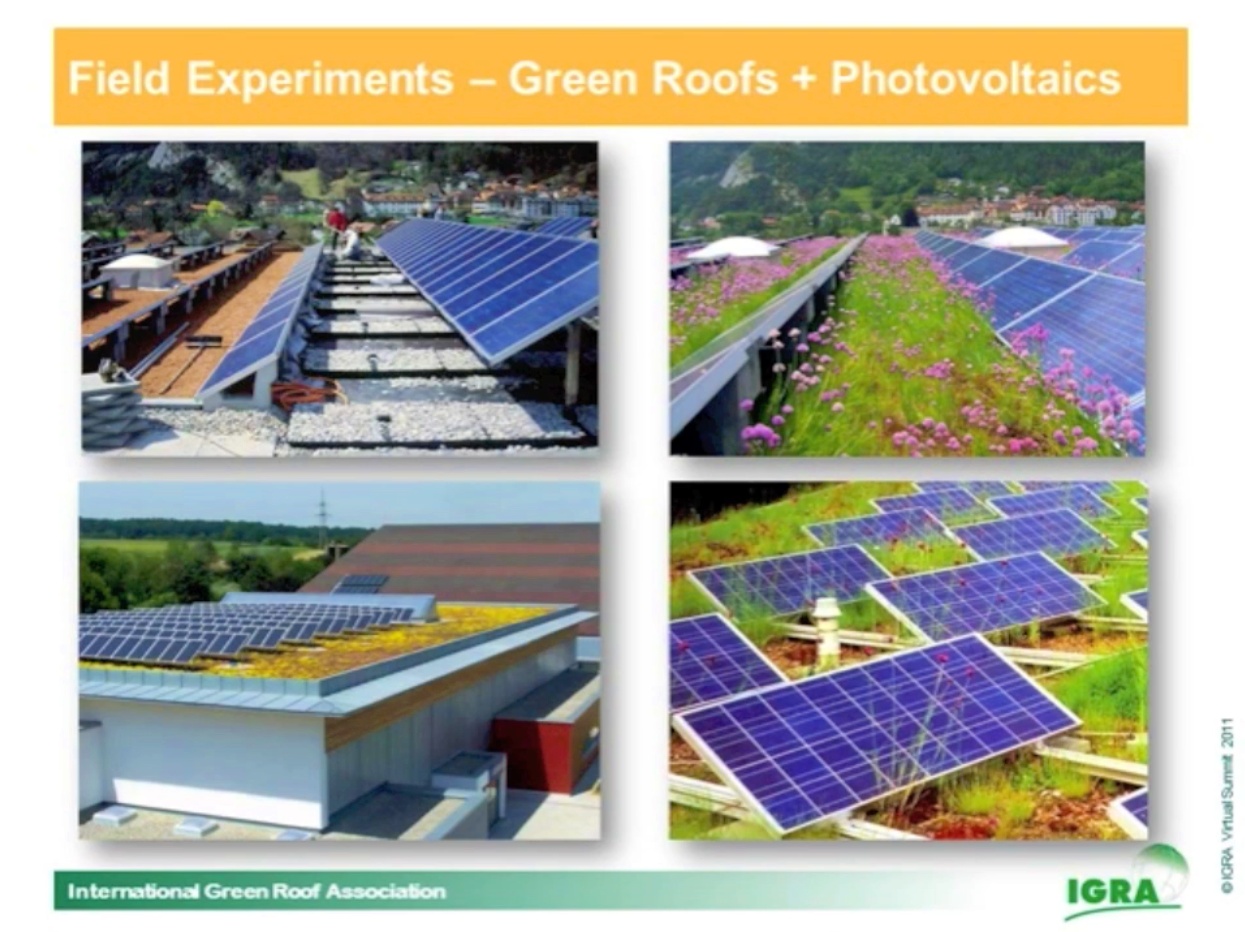 Watch above or you can also see it on the Greenroofs & Walls of the World™ Virtual Summit 2011 Playlist, where all of the videos are publicly available on our GreenroofsTV channel on YouTube. 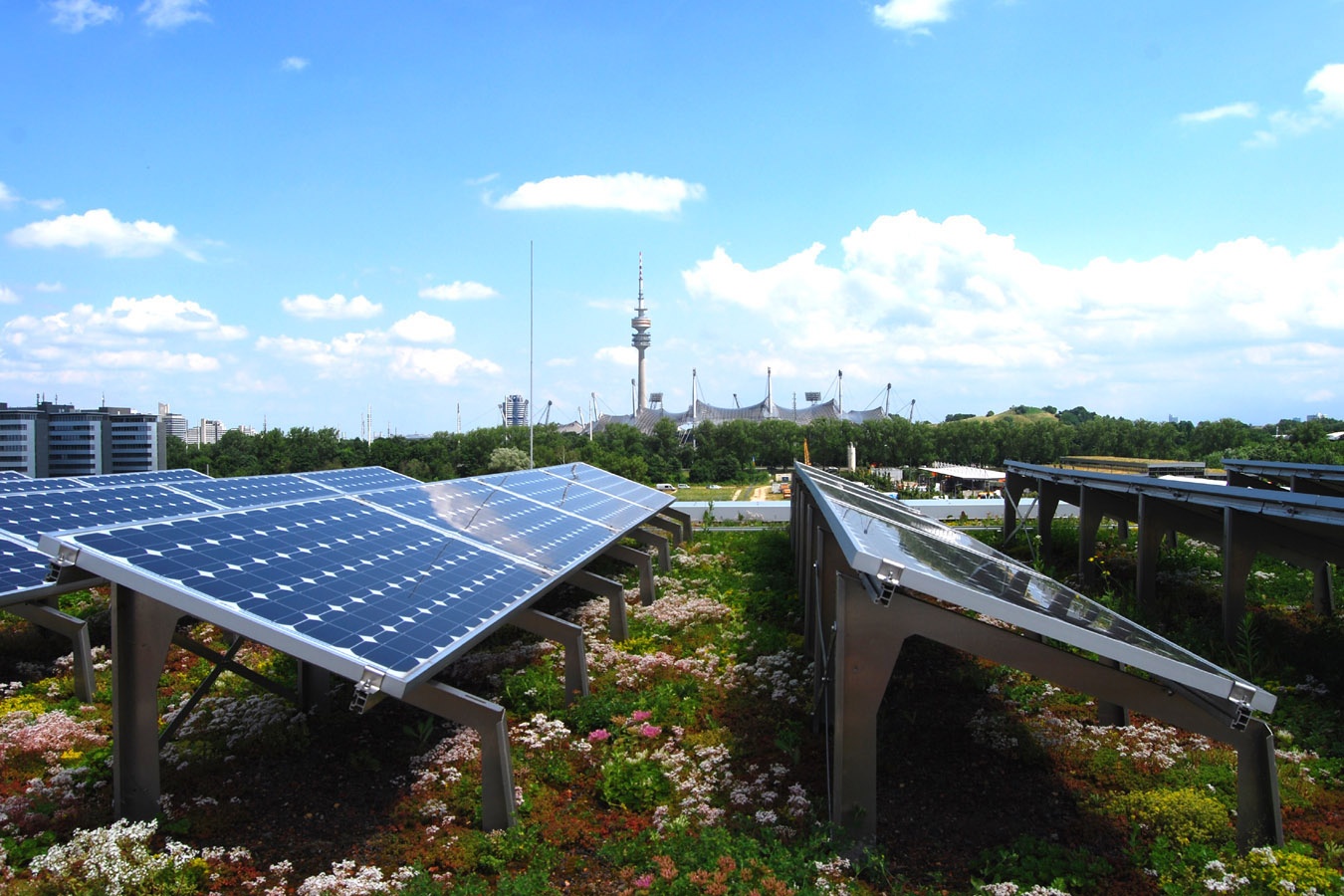 Solar and greenroofs together, or biosolar roofs, has been a hot topic ever since, and we’ve had several distinguished presenters create videos on this important and promising subject for our subsequent Virtual Summits.

A Tribute to Roland Appl 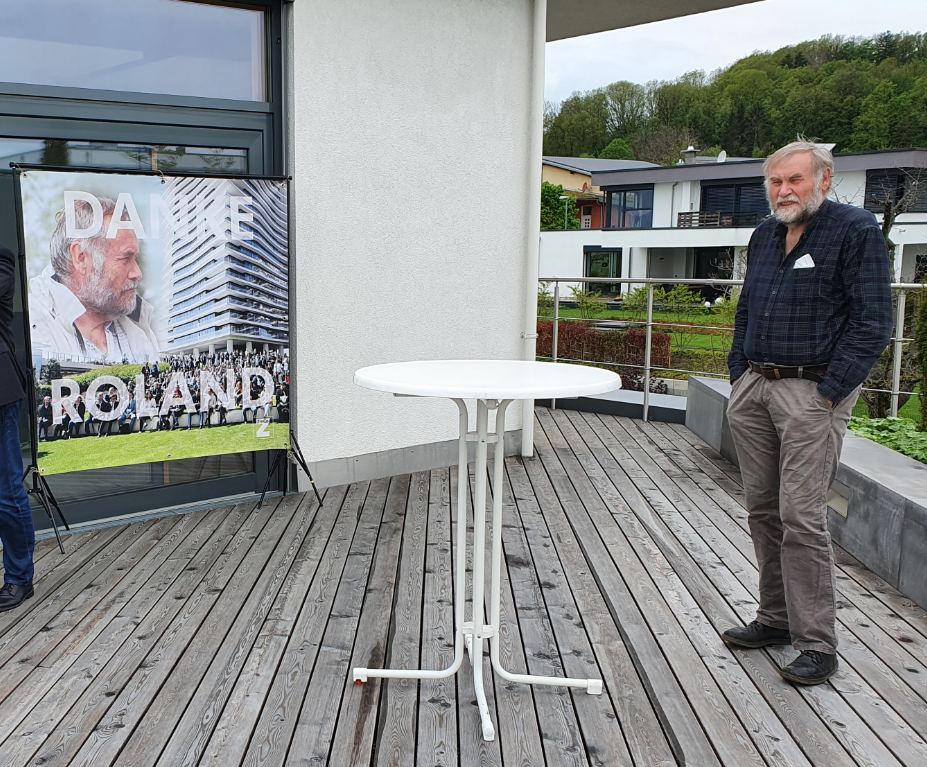 Roland Appl, Building Physics Engineer (FH), has contributed greatly to ZinCo as a company with his technical knowledge and developments for over 35 years.

Roland is an author and member of the national working group for Green Roof Guidelines at the Landscape Development and Landscaping Research Society (FLL) and of the DIN committee “Geoplastics and Geotextiles.” 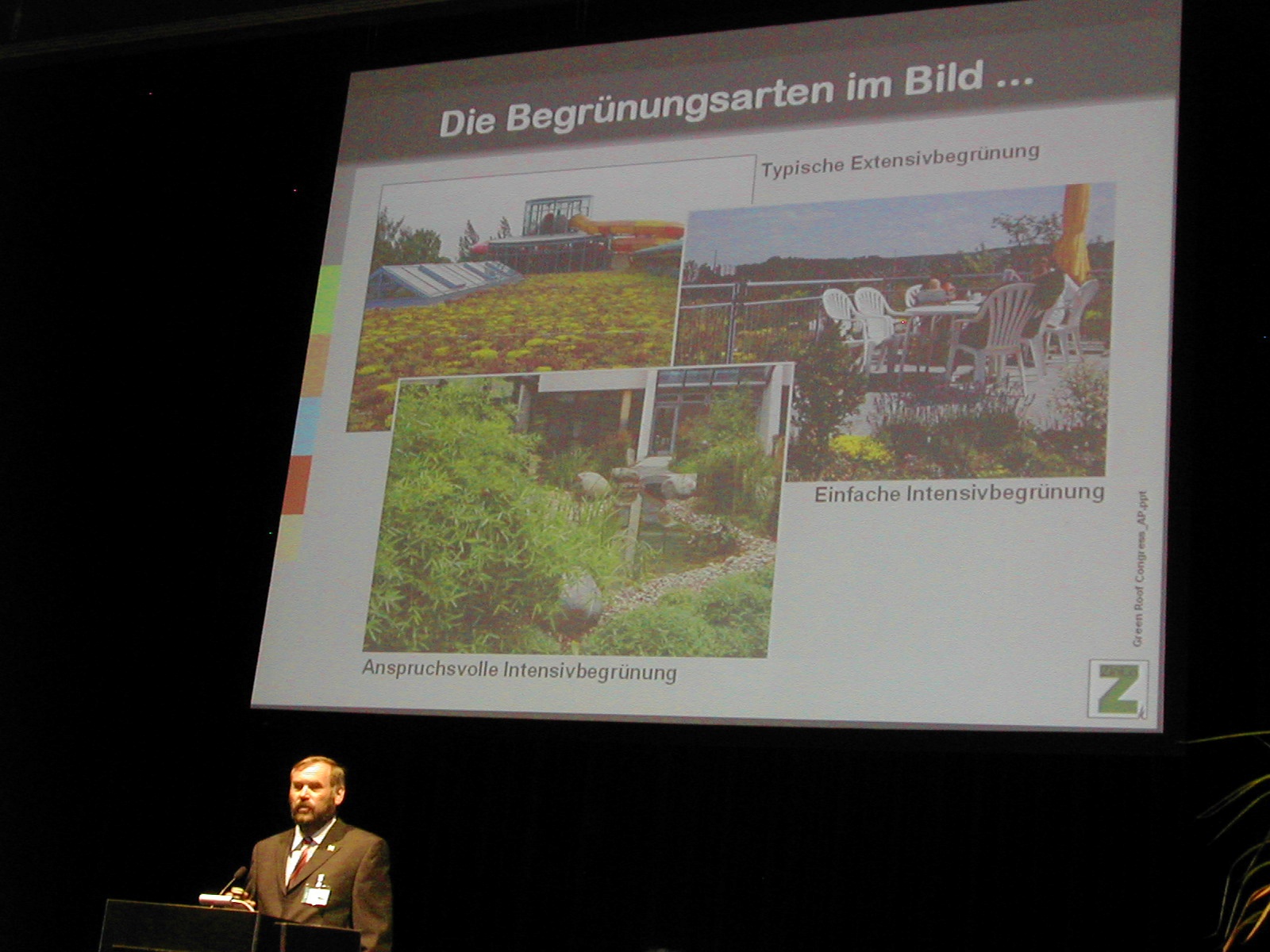 Starting in 2008 he served as the president of IGRA – the International Green Roof Association – which is now defunct but performed as a global network for the promotion and dissemination of green roof topics and green roof technology.

As such, the IGRA newsletters and international congresses opened up dialogue and shared information on projects, best practices, and policy across the globe. In his role of IGRA President, Roland is also lauded for having promoted living roofs as green infrastructure for many years.

This is what ZinCo has to say: 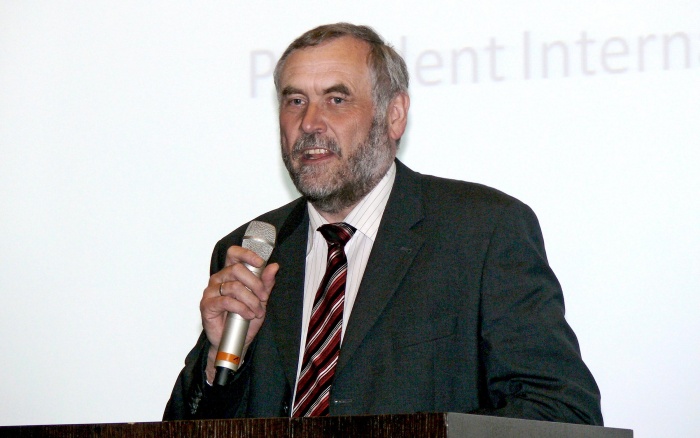 “For more than three decades, our Technical Director Roland Appl has been responsible for the development and functionality of the products and systems of ZinCo GmbH. During this time, manifold issues have arisen. He has always actively faced these challenges and has developed and accounted for shaping innovative solutions to many topics.

Based on his graduation in building physics and his experience as a passionate ecologist and voluntary worker in nature preservation projects, he has always contributed a perfect combination of his profound expertise and his deep conviction.” ~ ZinCo

Aramis and I first met Roland back in 2004 in Nürtingen, Germany at the inaugural International Green Roof Congress where also we met tons of like-minded people and went on a great greenroof tour which included visiting the stunning organic architecture of the Hundertwasser-Wohnhaus in Plochingen: 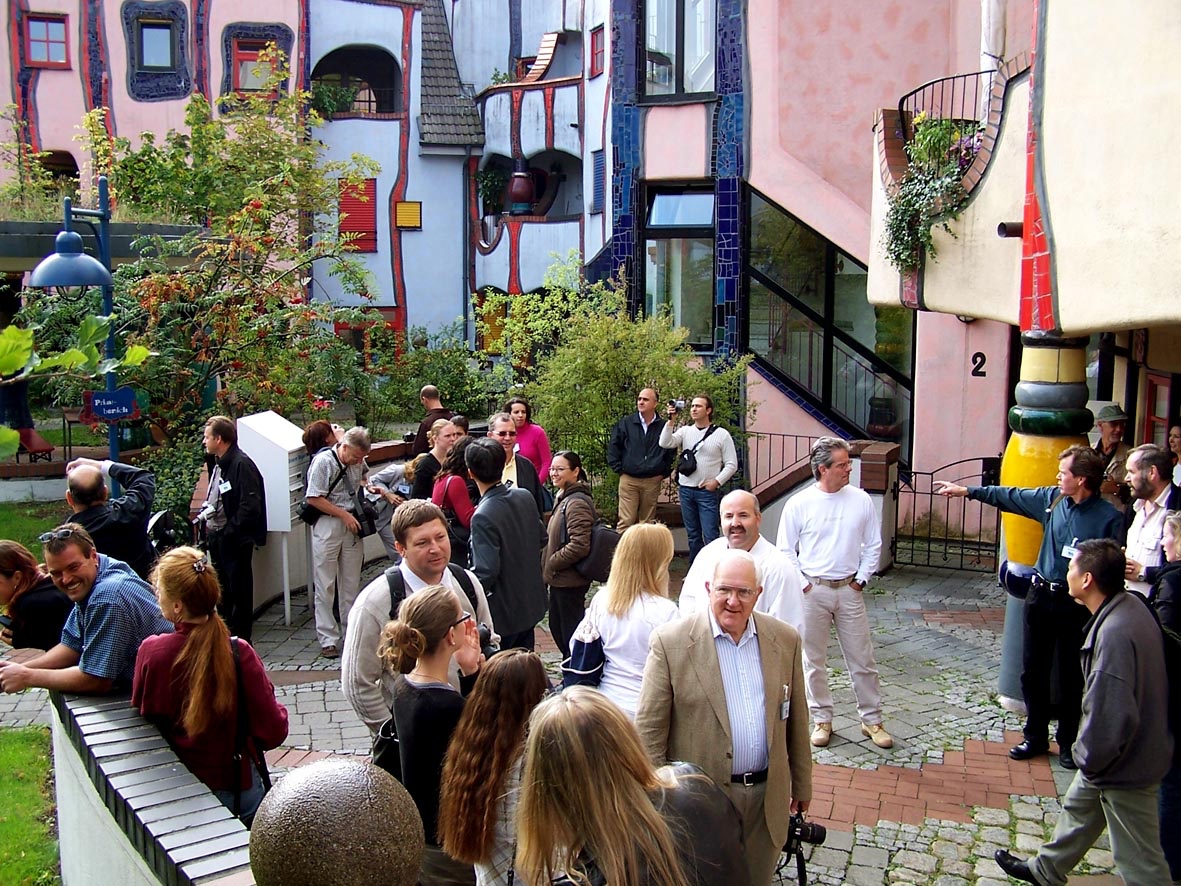 In addition to our own inaugural Greenroofs & Walls of the World™ Virtual Summit 2011, Roland has been a speaker at many national and international congresses on the subjects of greenroofing and roof use – camera always on hand.

Adding to his other attributes, Roland’s a great photographer! Here’s one of Aramis and me that I particularly like from Kuwait in 2018: 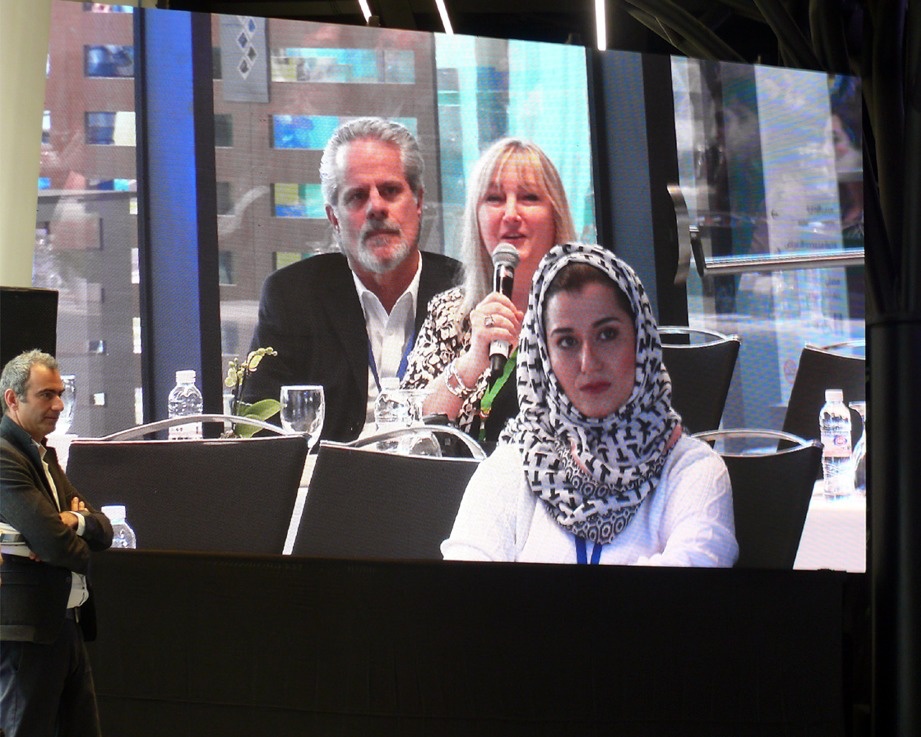 Aramis and I on the screen with Jamil Corban as moderator. Image: Roland Appl

We’ve have attended most of their IGRA conferences, specifically those in Nürtingen in 2004; the inaugural International Skyrise Greenery Conference in Singapore, 2010 co-organized with Singapore National Parks and CUGE (Centre for Urban Greenery and Ecology); Hamburg in 2013; and Kuwait City in 2018 – all wonderful experiences!

And, we’ve attended many other conferences across the globe where we would meet and share experiences, too. 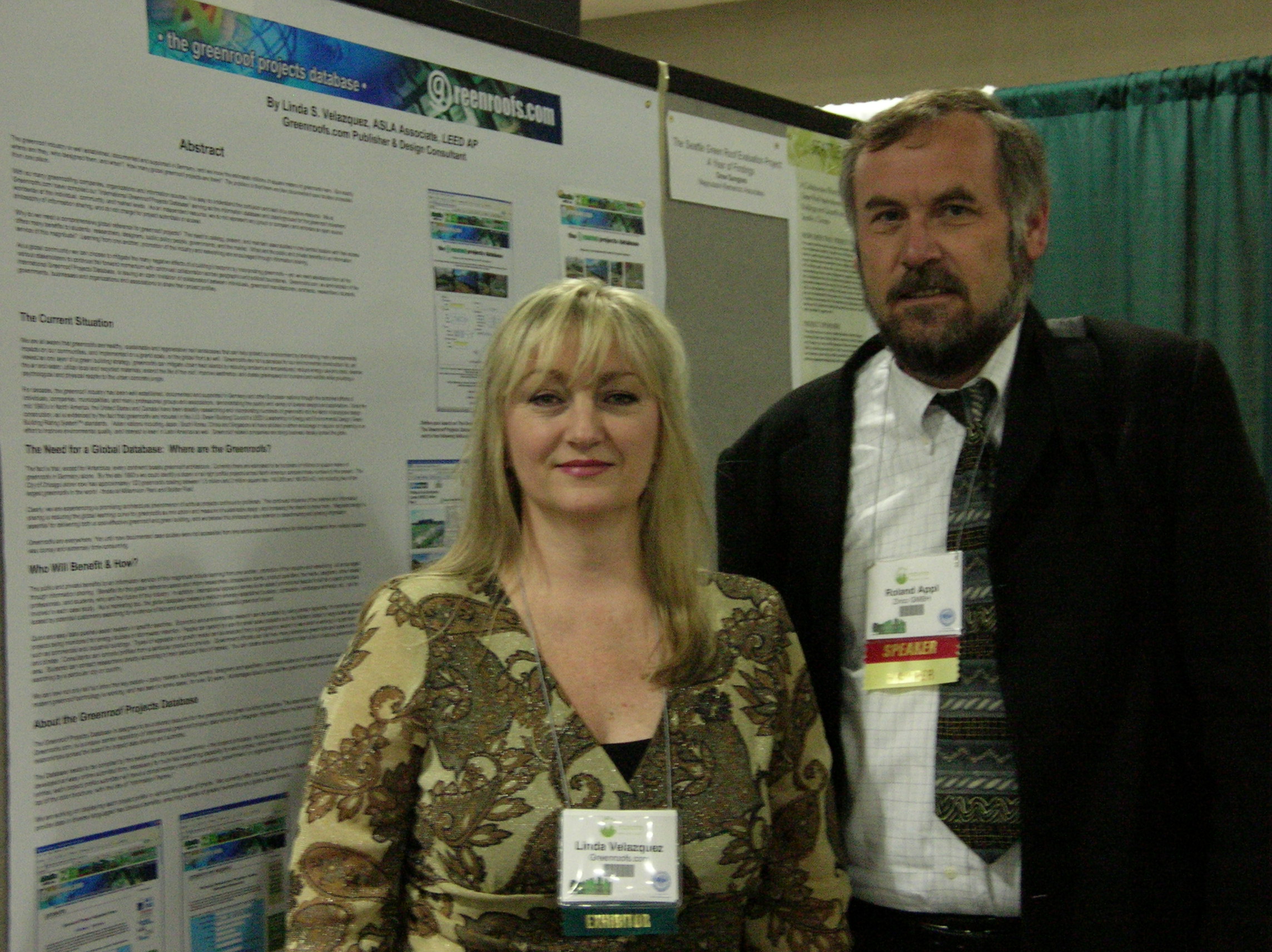 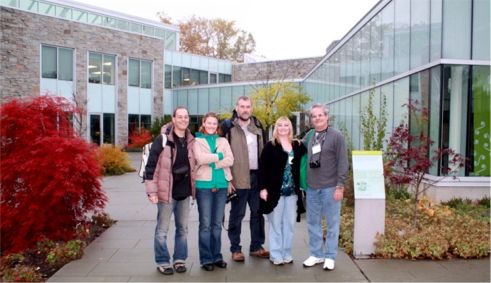 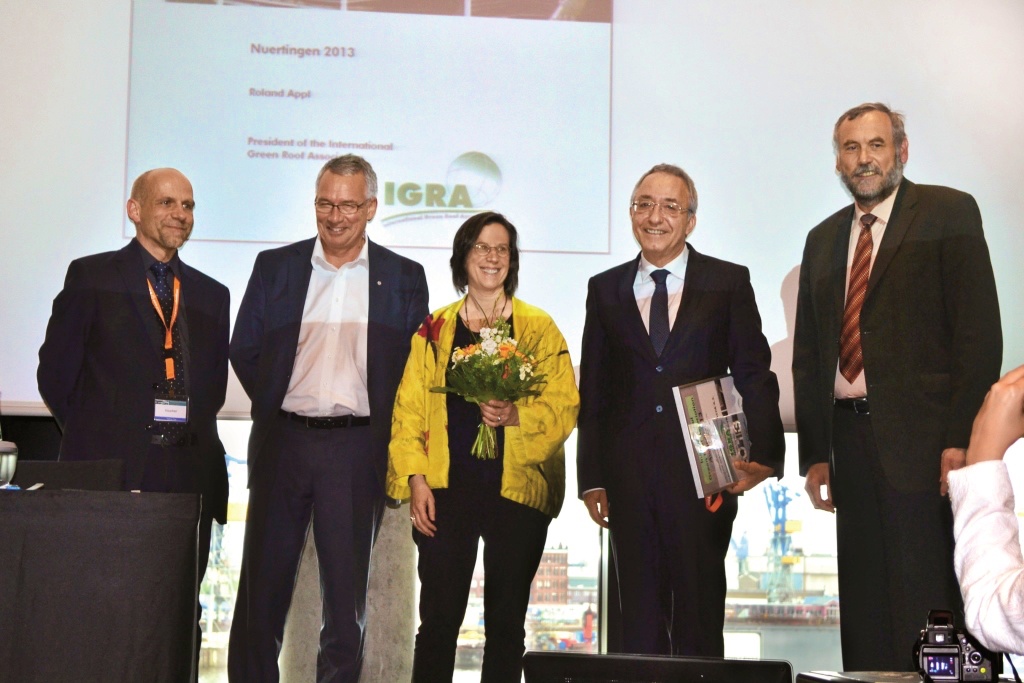 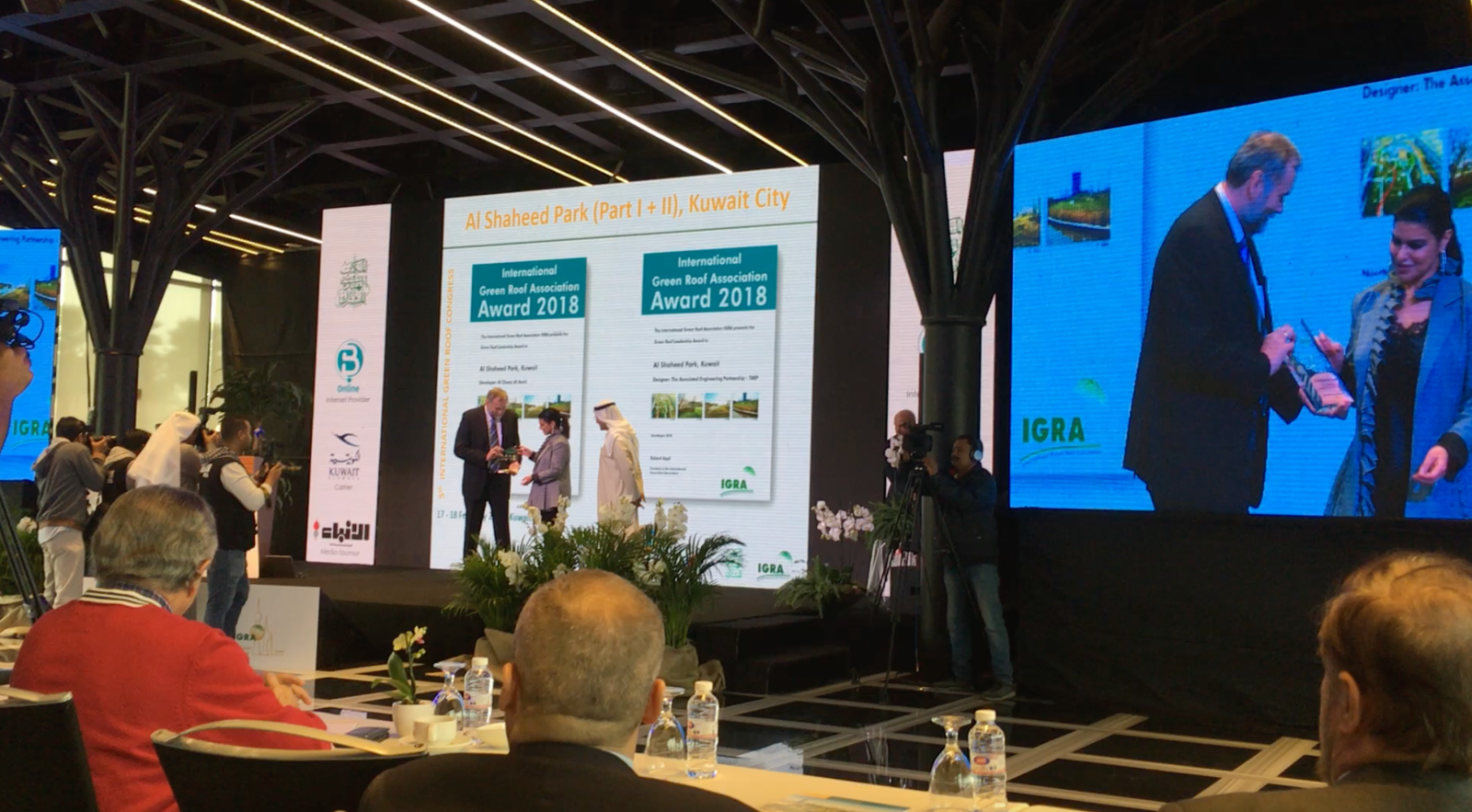 “Besides his professional expertise that is renowned and acclaimed worldwide, Roland Appl has also been important and essential to us as an individual and colleague. The company ZinCo and all colleagues, but also our partners from all over the world, owe a lot to him. He joined the company when the green roof topic was still in its infancy. He contributed a lot to the fact that the topic is ‘mature’ and globally accepted today. The many lectures he gave, his publications and his association work have made him an important ‘face’ of the ZinCo brand. We wish Roland Appl all the best for his beginning retirement and many beautiful trips, either by e-bike or caravan.” ~ ZinCo 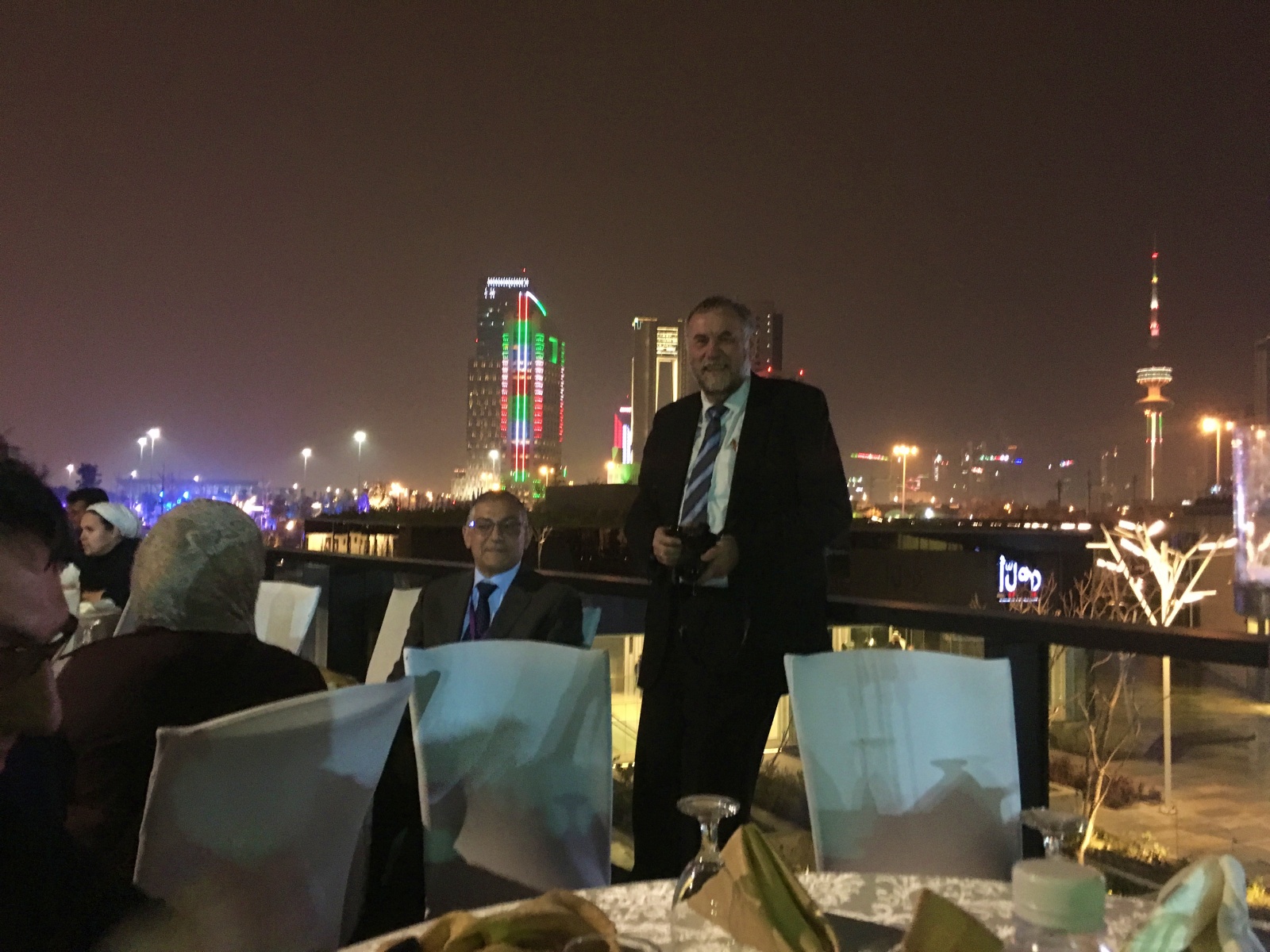 Kudos, Roland Appl, for all of your fine work and dedication as a pioneering green roof engineer and your contributions to the greenroof industry! We wish you a very healthy, long, and happy retirement!