#TBT Throwback Thursday’s Feature is “A Comparison of the Three Phases of the High Line, New York City: A Landscape Architect and Photographer’s Perspective” – a 14-Part Series 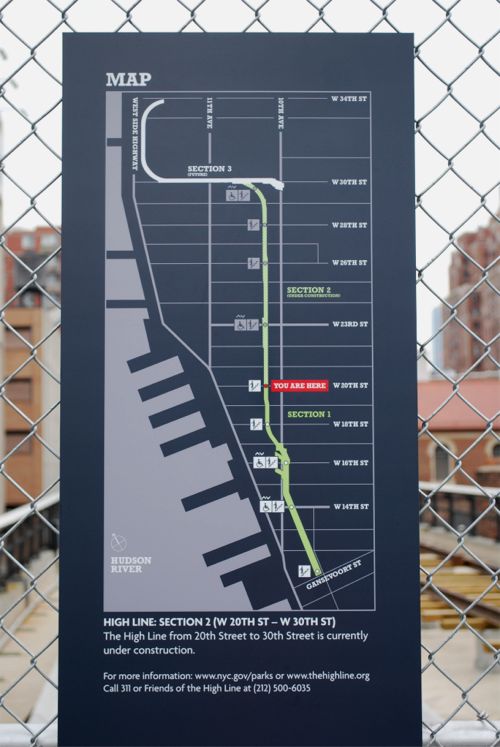 The first phase of the High Line (from Gansevoort to 20th Street) opened in June, 2009, and is about 0.5 mile (0.83 km) long.  The second phase (from 20th Street to 30th Street) of about the same length opened in June, 2011 so that the total length is now 1 mile (1.65 km).  Final planning and construction for a third and final phase, which will link the High Line to the development of the rail yards and the convention center on the west side of Manhattan, is under way, and is scheduled to open in 2014.  The total estimated cost of all three phases is $172 million with the third phase at $90 million; and the length of the entire route will be 1.45 miles (2.33 km).[2]

The most dynamic section of the first phase of the High Line slices through the Chelsea neighborhood at an angle, purposely bringing visitors to the edge of the trestle platform, which varies considerably in width (30 to 88 feet), and engages them with the diverse architecture of a mixed use neighborhood by using an integrated vocabulary of complex elements. 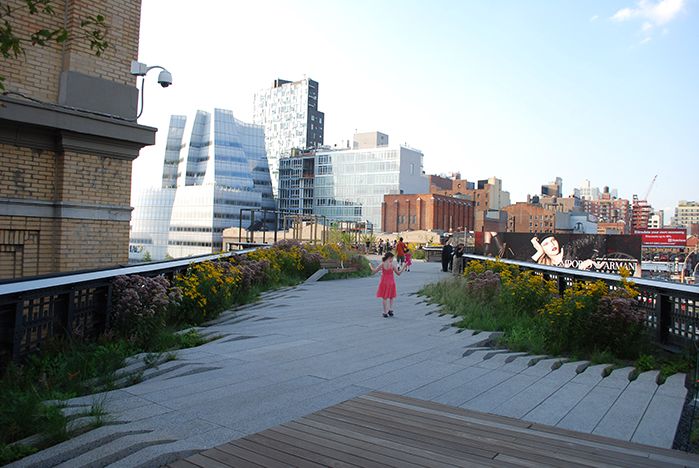 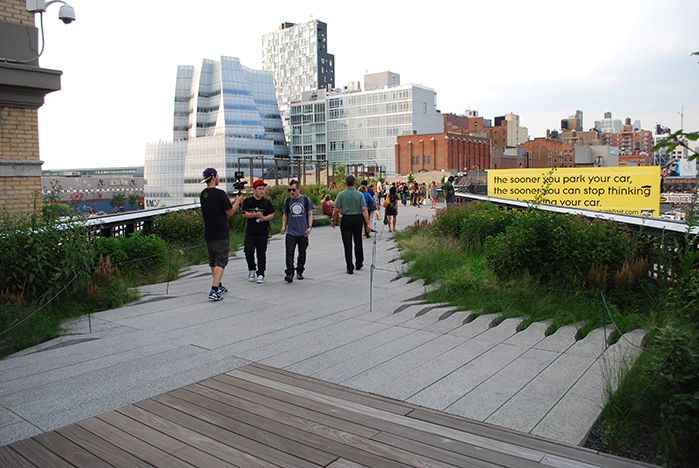 The ipe wood deck by the Tenth Avenue Square juts into the High Line alignment as it crosses through Chelsea at an angle; 6.25.12.

One moves through a sequence of difference spaces, each varying in style, character, and the nature of the plantings.  The walks are a system of concrete planks with open joints interlocking like the tines of a fork with the former railroad tracks, which were disassembled and then rebuilt within the park. 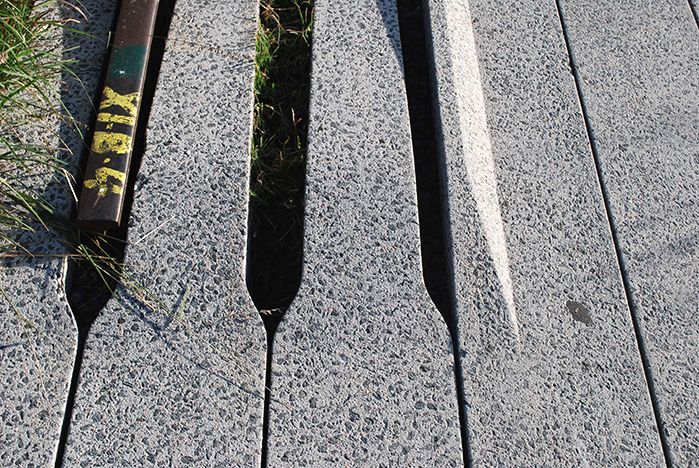 Horticultural displays of spectacular perennials, shrubs and trees dominate.  A diverse palette is used, primarily of native trees, shrubs, grasses and perennials, with a range of textures and colors, and adaptable to a harsh, exposed environment. 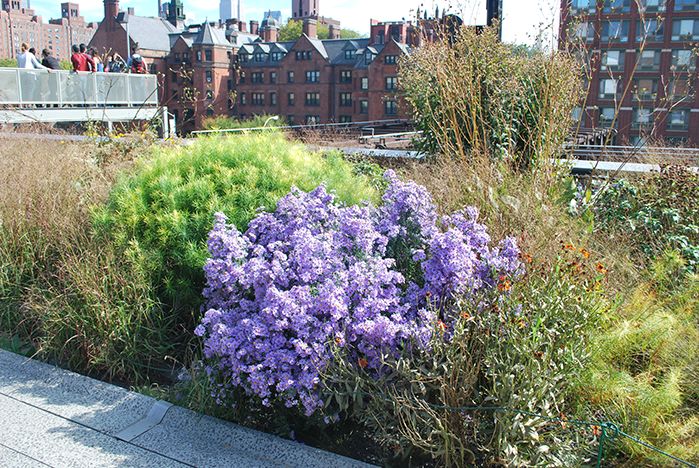 About one third of the second phase is elevated about 8 feet (2.5 meters) above the planting beds below, so that pedestrians walk on a metal structure called the Philip A. and Lisa Maria Falcone Flyover.  Its alignment is gracefully off center, resulting in planting beds on the east side that are about three times wider than those on the west. 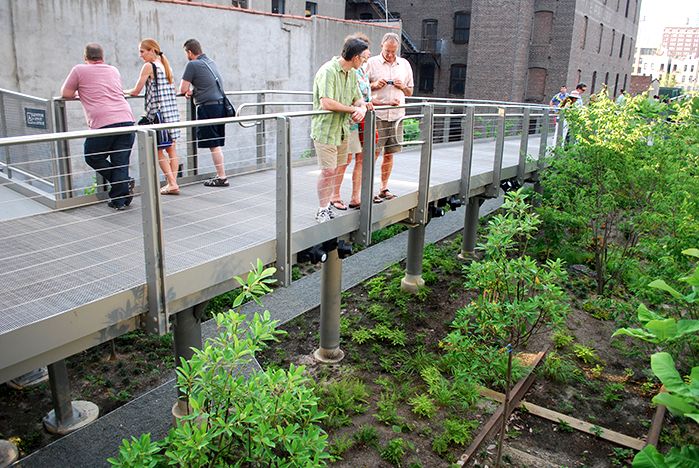 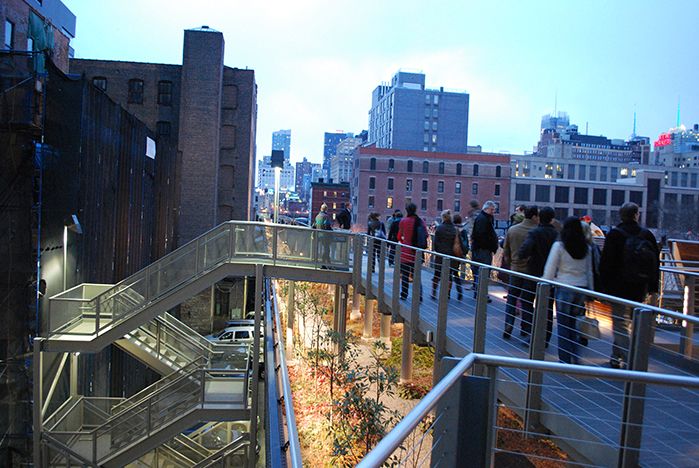 Except for some tree species, such as magnolias, amelanchier and sassafras still becoming established, visitors look down on the vegetation rather than see it at eye level.  As the vegetation has grown, the effect is of walking through the upper story of a young forest, and descending back to the “forest floor” as either end of the skyway meets the existing elevation of the trestle.

Come back next week for Part 1 of “A Comparison of the Three Phases of the High Line, New York City: A Landscape Architect and Photographer’s Perspective” where I’ll discuss the Walk System.

To bring readers up to date, read the Visitor Info from the High Line website for new happenings and download the new free app.