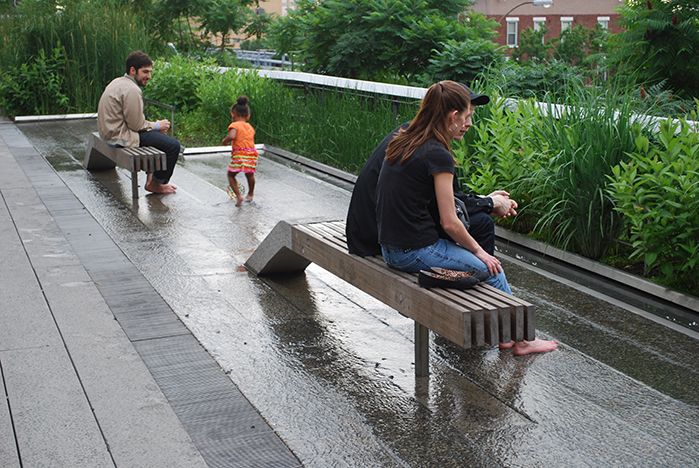 The popular water feature at the Diller – von Furstenberg Sundeck; 6.16.11.

When the first phase of the High Line opened, the construction of the water feature at the Diller – von Furstenberg Sundeck was still underway. 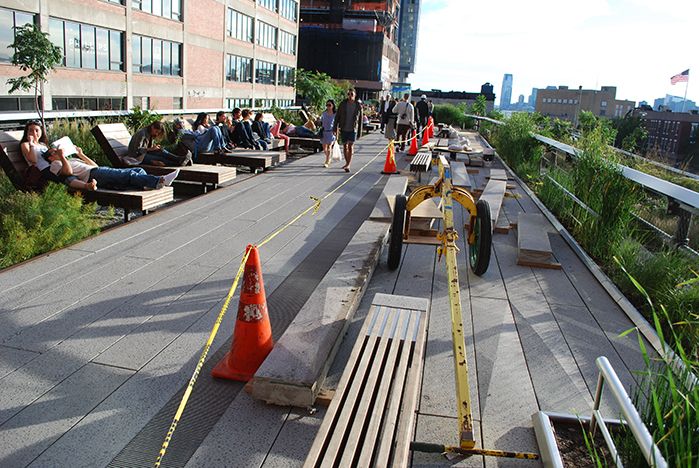 As originally conceived, the concrete pavement planks morphed into a complex truncated configuration with pyramidal sections to hold water like a series of mini-dams. Pedestrians were to be able to wade into the water, and get their feet refreshingly wet, all while enjoying a view of the Hudson River in the distance. 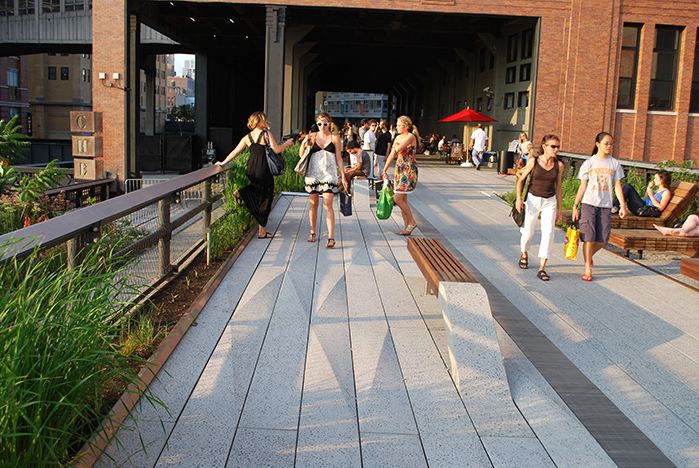 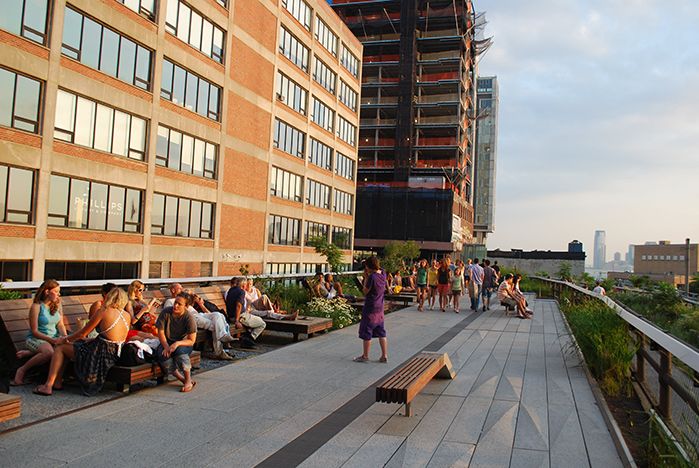 However, the details of construction and safety could not be achieved, for example, how to avoid a tripping hazard on the uneven planking when the water was drained and how to achieve a smooth flow of water through such a bumpy arrangement. 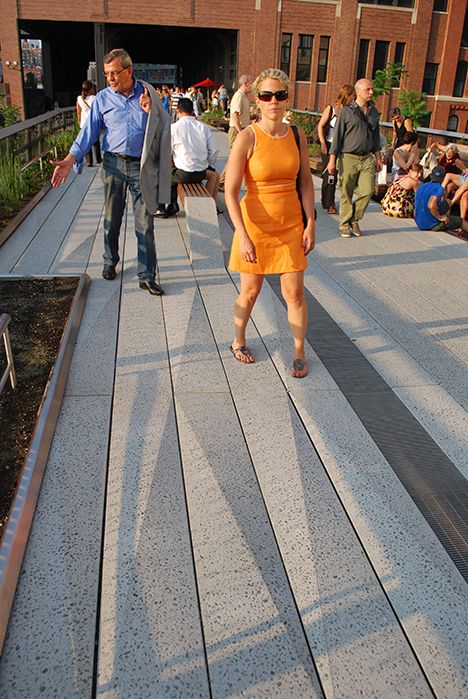 The earliest design for the water feature was complex, with a series of truncated pyramids to trap water. 8.03.09. 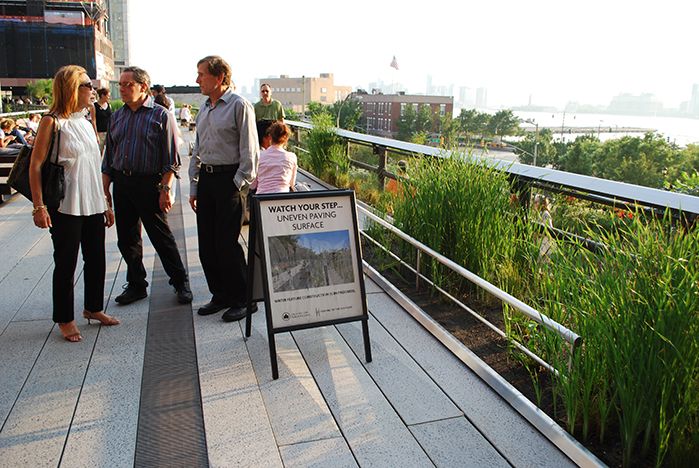 Shortly after the second phase opened, a simpler design for the water feature was implemented and has been quite successful. A sheet of water flows continuously across the flat pavement planks to a flush metal drain strip. 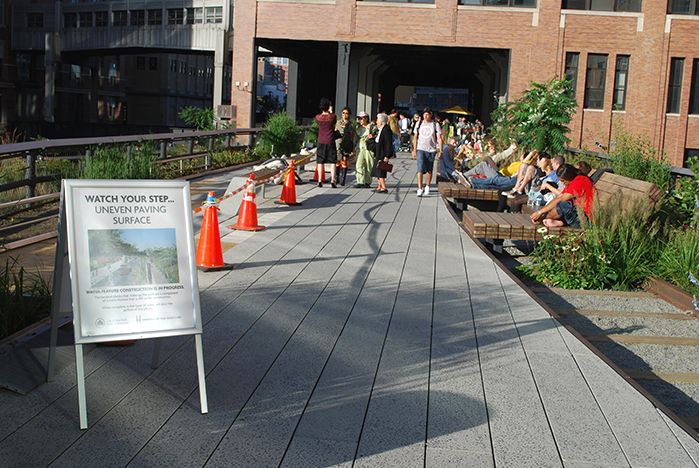 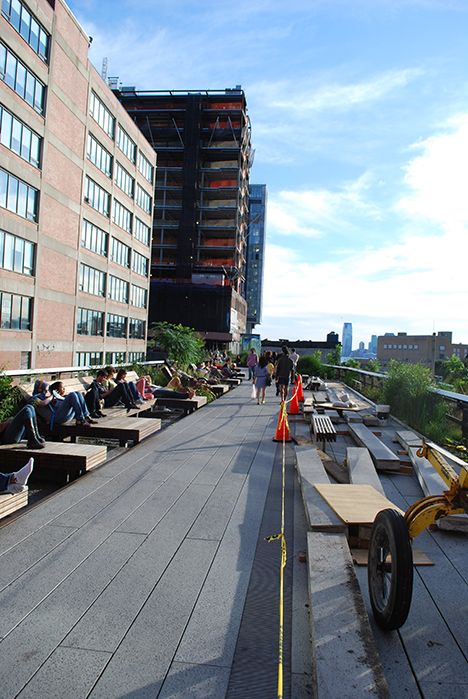 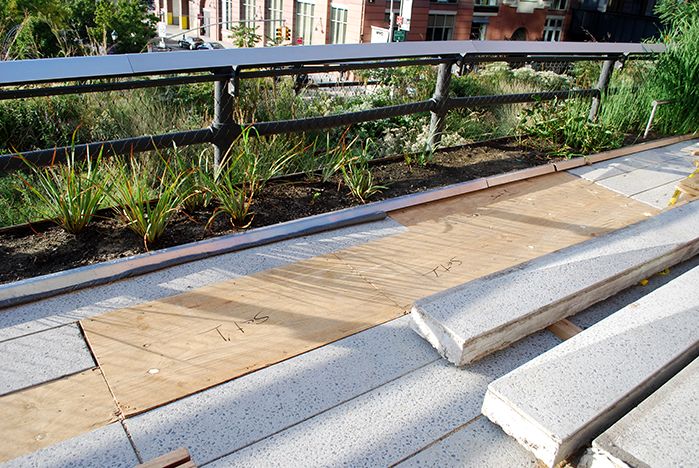 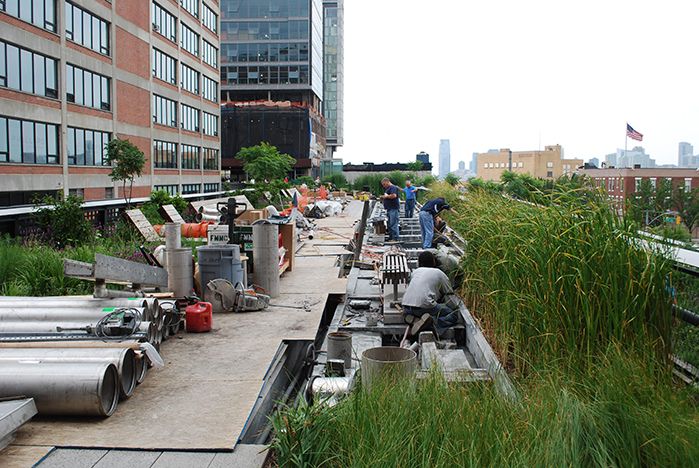 The wet planks contrast visually to the adjacent dry pavement planks. Four backless benches are anchored within the wet plank system giving pedestrians an unusual and enjoyable place to sit, bathe their feet and look towards the river.

This feature is turned off during the winter, to avoid potential damage to the system from freezing temperatures, and the flexibility of the design allows it to function as a walking space with ample opportunities to view the Hudson River. 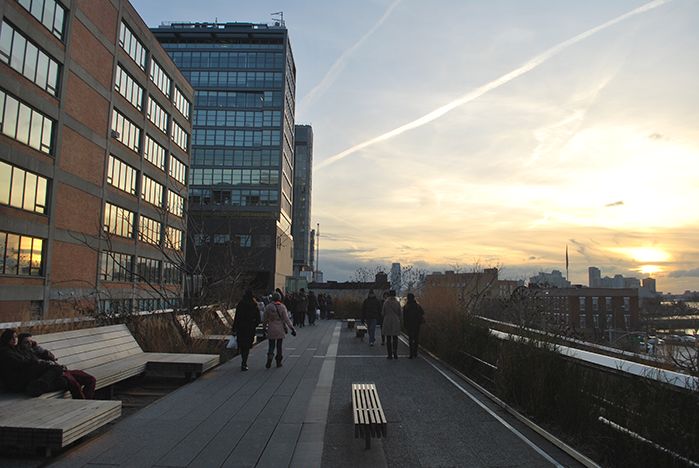 An integrated design for drinking fountains is also part of the vocabulary. They appear to be an attractive standard: stainless steel with no variation in height or other features. They are placed at regular intervals throughout the High Line, often near groups of benches. 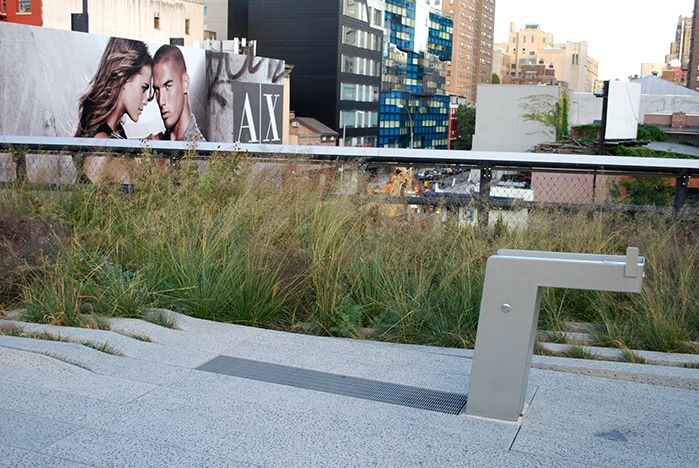 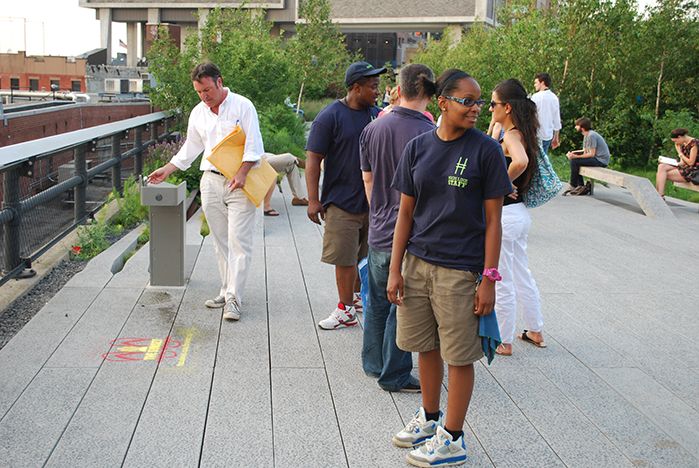 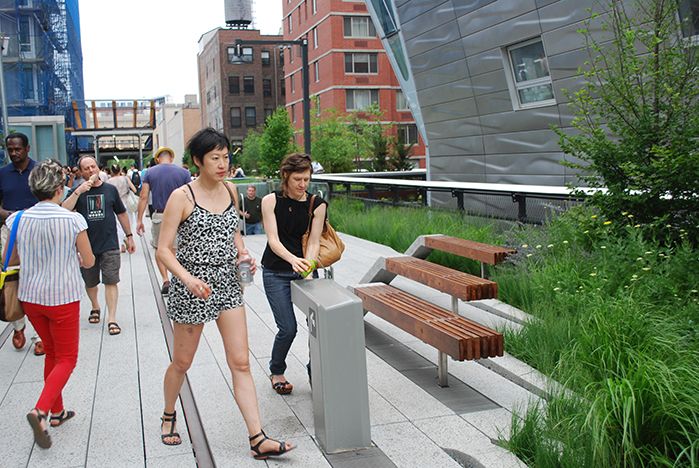 The overflow from the drinking fountains, both what is collected internally as well as water that might flow off it, drains directly into the planting beds. 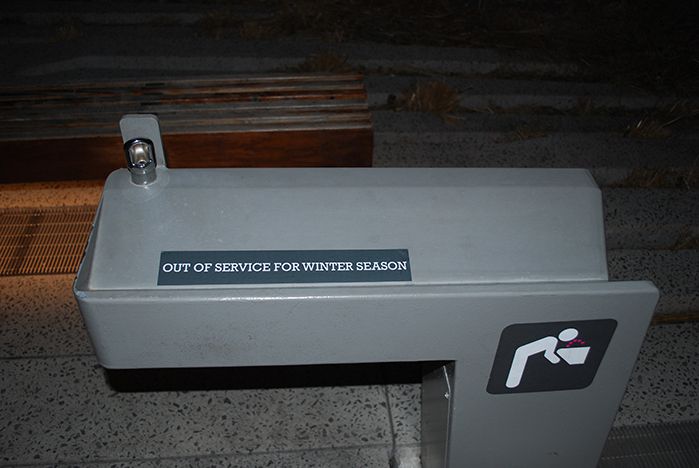 Come back next time for Part 6 of “A Comparison of the Three Phases of the High Line, New York City: A Landscape Architect and Photographer’s Perspective” where I’ll discuss Public Art.