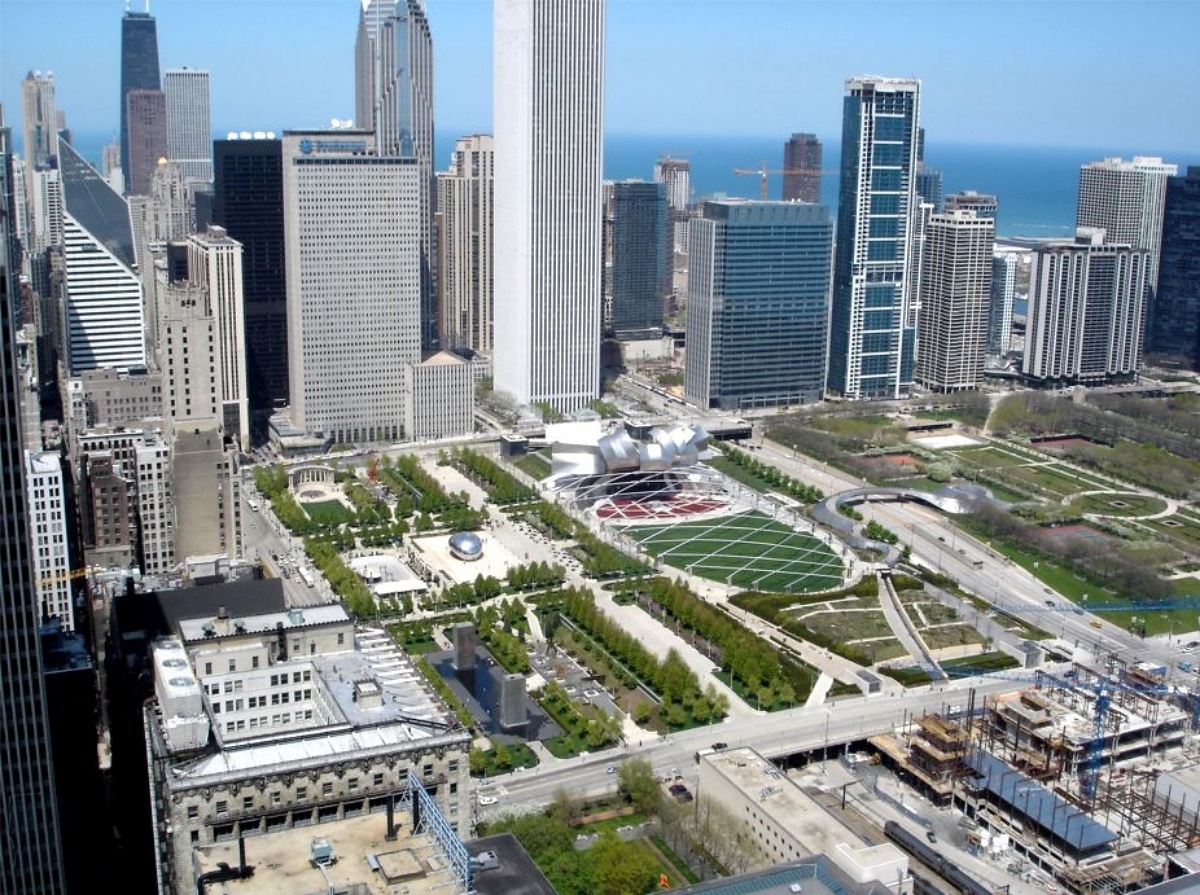 See the project profiles from the Landscape Architecture Foundation where you can see more of the project team along with numerous details and features; the Bruner Foundation; SOM; Jeffery Bruce and Associates, Wikipedia, American Hydrotech, and Henry (via edc).

Learn about the following companies in The Greenroof & Greenwall Directory: Barrett Company; American Hydrotech, and Tremco.

When Millennium Park opened on July 16, 2004, it transformed an industrial wasteland into Chicago’s showplace for cutting-edge art, architecture, landscape design, music and more. Today, it is Chicago’s second-largest tourist attraction – and the City marked its 10th anniversary throughout the summer of 2014. The Millennium Park 10th Anniversary Summer Celebration featured dozens of free events and exhibitions including new monumental sculptures by Spanish artist Jaume Plensa, designer of Crown Fountain.

“Millennium Park is one of Chicago’s most extraordinary venues, and its popularity continues to climb among visitors and residents alike,” said Mayor Rahm Emanuel, City of Chicago. “Last summer, the Park welcomed 4.75 million people, an increase of more than 5 percent. This summer, the Park provides an amazing backdrop for hundreds of FREE cultural programs,” (City of Chicago Press Release, 2014).

The former dilapidated ground-level parking lot and rail yard in the northwest corner of Grant Park was transformed and now covers two multi-level parking lots with a total of 4,000 cars, a commuter rail line, and an opera hall. The $490 million cost was derived from a mix of public and private sources. Due to the size, scope, and multi-phase approach, several companies provided waterproofing, including: Barrett Company, American Hydrotech, Tremco, and Henry.

Among many others, Millennium Park received the 2006 Excellence in Irrigation Honor Award from the American Society of Irrigation Consultants and the 2005 Green Roofs for Healthy Cities Awards of Excellence in the Intensive Industrial/Commercial category. Visit the Millennium Park website listed below for the entire list of the numerous individuals involved with its complex design and construction.