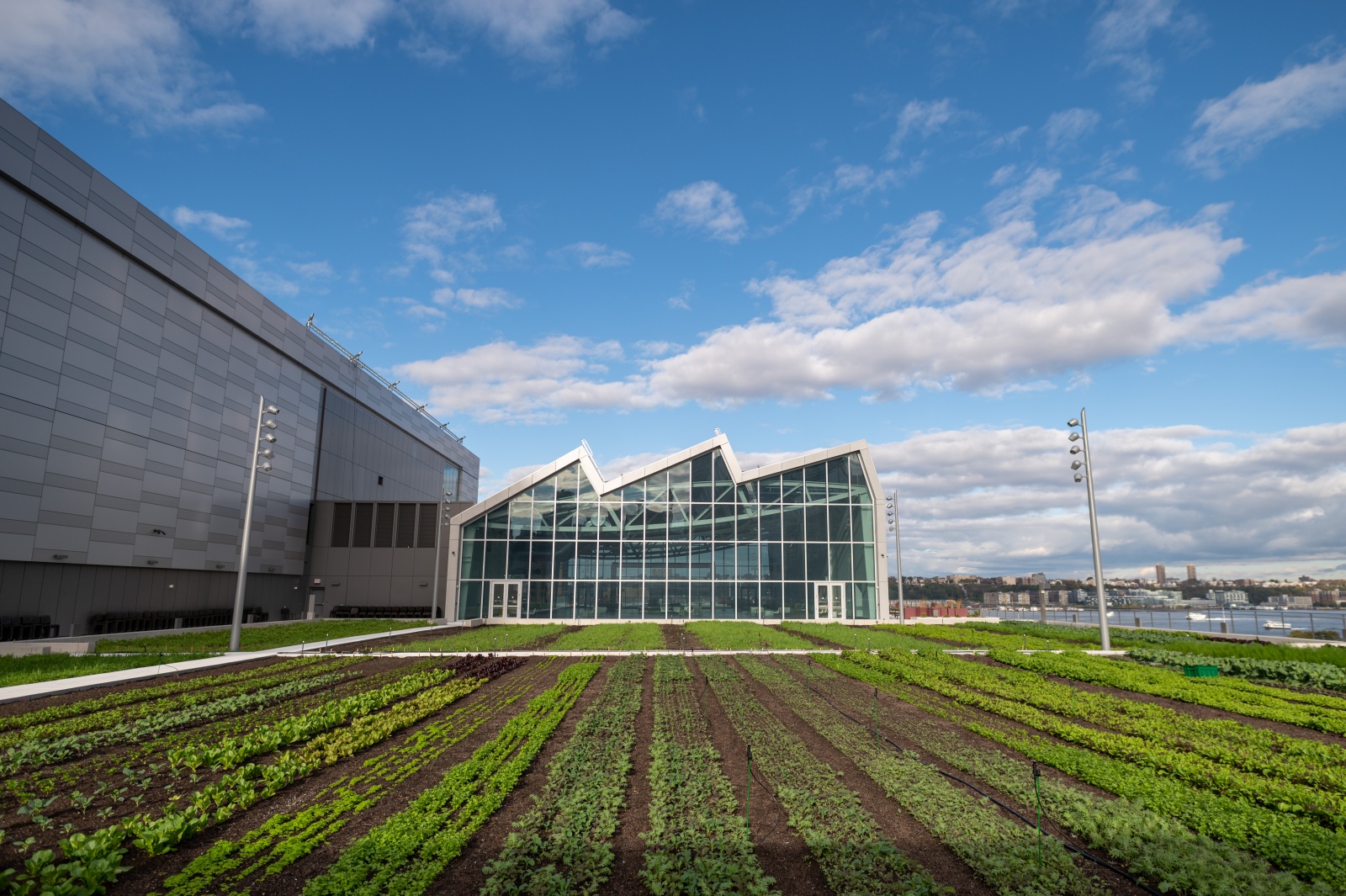 The Jacob K. Javits Convention Center operates one of the most robust sustainability programs of any building in New York State and with its 1.2 million square-foot expansion project, the program has been expanded to include several innovative concepts designed to push the boundaries of sustainability and create a path for future initiatives. Since 2014, the Javits Center has reduced the building’s energy consumption by 26%, created a rooftop wildlife habitat and installed energy-efficient equipment throughout the structure on Manhattan’s West Side.

“After more than a year of unprecedented challenges, this expansion comes at a critical time for our city, our state and our industry and serves as a sign of hope and rebirth for New Yorkers. With new dynamic spaces and a focus on sustainability and efficiency, this project will reduce our impact on the community while improving our operations and allowing us to host a greater variety of events than ever before.” ~ President and CEO of New York Convention Center Operating Corporation Alan Steel

Led by Lendlease Construction LMB Inc. and Turner Construction, the design-build team included tvsdesign, Moody Nolan, and WXY. Opened in 2021, the LEED Silver design-build expansion of the Javits Center is topped with a one-acre working farm on Level 4. Running along West 40th Street, at the northern end of the convention center complex, between 11th Avenue and 12th Avenue the new wing houses the largest farm in Manhattan.

“…the Javits Center extension is being built to hold at least a million pounds of soil, in a bed 18 inches deep — deeper than those at the Navy Yard or the Queens building. The soil, specially mixed for rooftop farming, will retain more water than ordinary soil. There will also be a water recycling system that will recirculate the runoff.” ~ James Barron in The New York Times

Operated by Brooklyn Grange, the rooftop farm will be able to produce up to 40,000 pounds of fruits and vegetables a year, and the crops will be used in the millions of meals served at the Jacob K. Javits Convention Center.

“The rooftop farm will not only provide obvious ecosystem benefits, but convention center goers will enjoy its yield as the Center’s caterer will receive up to 40,000 lbs of produce each year. The farm is of special interest to us as we worked closely with our local partner Naturcycle to produce a custom growing media for the project to meet Brooklyn Grange’s needs and provide the foundation for what will be a very productive farm in the future.” ~ American Hydrotech

Along with the one acre rooftop farm, also located on the Javits Center Expansion Rooftop is a 10,000 sf orchard with 32 apple trees and six pear trees growing in 3’6” of soil, as well as the greenhouse for microgreens and vegetables. Additional areas on the huge intensive greenroof include outdoor terrace with seating, a shade garden, and ornamental perennial planters.

“The Javits Center, which already hosted a 6.75-acre passive green roof, sought to deepen its existing commitment to sustainability and community engagement by including an active green roof space in its expansion plans, supportive of both commercial agriculture and public programming.

The rooftop on which the farm is located is a focal point of an ambitious expansion of the convention center that prides itself on modeling sustainable practices. The farm and orchard surround a 15,000 square-foot, glass-enclosed space that can host events with up to 1,500 individuals throughout the year, as well as a massive outdoor terrace, giving guests the chance to enjoy native wildflowers maintained by Brooklyn Grange’s landscape maintenance team.

In addition to vegetables grown seasonally in the soil-based green roof, Brooklyn Grange’s farmers will harvest year-round from a greenhouse fitted with the latest AgTech innovations, designed with early consultation support from the experts at Agritecture.” ~ Brooklyn Grange

More than 3,000 solar panels also will be constructed on the new and existing rooftops as part of a new program with the New York Power Authority making it the largest rooftop solar farm in Manhattan:

Other highlights include: stormwater design to reduce runoff by 25% and remove 80% of total suspended solids from water; after being filtered, the harvested rainwater from the cisterns will be used to irrigate crops and trees; roof and site hardscapes have light-colored materials that comply with the Solar Reflectance Index to reduce urban heat island effect.

After the event bookings ceased at the end of December 2021, Javits Center donated 275 pounds of leftover food to Rethink Food, a local non-profit that provides nutritious meals to the community.

“This new program will serve the aggressive sustainability initiatives and green roof program, while providing a farm-to-table experience that is part of the larger environmental vision for the Javits Center. It is also an important opportunity for recycling water from the large, 300,000 gallon water storage system built into Javits’ current facility.

Charged with making this distinctly an urban farm, the resulting design is a marriage between a naturally northern lit space and a totally flexible black box for events. A 42-foot wide, bifold door connects the Farm with the Terrace, creating a dynamic, educational, and immersive experience for the Javits Center.” ~ WXY.