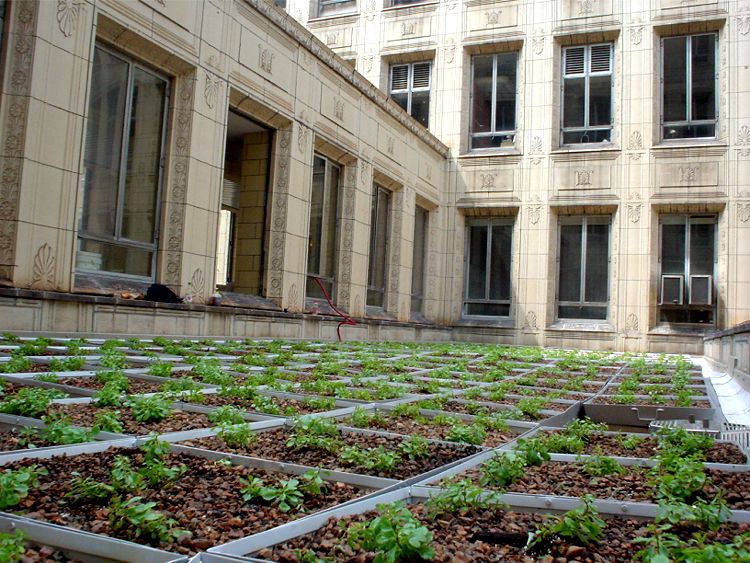 Learn about Green Roof Blocks in The Greenroof Directory, and for more info, please visit their website.

The Carnegie Mellon Institute on the campus of the Carnegie Mellon University in Pittsburgh, PA needed a new roof on two areas of the building. The University employed the services of roof consultant Rich Florida of Alpha Consulting. Rich learned of Green Roof Blocks at a trade show hosted in the city of Chicago during the winter of 2005. Green Roof Blocks president Kelly Luckett met Bob Bingham of Carnegie University while in Pittsburgh installing the green roof on the Children?s Museum Pittsburgh in April 2005. When discussion during preconstruction meetings between Carnegie officials and Alpha Consulting turned to green roofs, the parties were mutually interested to exploring green roof options including Green Roof Blocks. Due to the limited access to the roof area, Green Roof Blocks was chosen for their mobility and ease of installation. After the University purchased 12 Green Roof Blocks to evaluate in April, facilities management officials authorized Alpha Consulting to include the 1300 square foot installation in the project specifications for the new roof work scheduled to be performed by Schulthies Brothers Roofing Company in late June 2005.

The project consisted of two roof areas separated by a section of building that houses a hallway. The only access to each roof area was the windows that line the side of the hallway. All demolition debris had to be handed through the window and taken down through the building in the freight elevator to small trucks waiting at the loading dock. Likewise, all new roofing material had to be taken to the fifth floor in the elevator and handed through the window.The new roofing system was Firestone modified bitumen applied in cold adhesive over new tapered insulation. The bottom of each Green Roof Block was outfitted with Firestone walk pad material to ensure system compatibility. The Green Roof Blocks arrived at the project planted with sedum plants in an expanded slate engineered growth medium. The species selected for this project was Weihenstephaner Gold supplied by Jost Greenhouse. Though all 325 Green Roof Blocks needed to be unloaded from the truck and handed through the window, Schulthies Brothers Roofing Company installed the entire 1300 square foot green roof in a single day using a four man crew.