Whichever side of the subjective city-versus-rural debate you’re on, the objective laws of thermodynamics dictate that cities lose on at least one front: They tend to get insufferably hotter, more so than surrounding rural areas. That’s thanks to the urban heat-island effect, in which buildings and roads readily absorb the sun’s energy and release it well into the night. The greenery of rural areas, by contrast, provides shade and cools the air by releasing water.

A new model estimates that by 2100, cities across the world could warm as much as 4.4 degrees Celsius. It’s a deadly consequence of the heat-island effect.

Climate change is making the urban heat-island effect all the more dire in cities across the world, and it’s only going to get worse. Like, way worse. An international team of researchers has used a new modeling technique to estimate that by the year 2100, the world’s cities could warm by as much as 4.4 degrees Celsius on average. For perspective, that figure obliterates the Paris agreement’s optimistic goal for a global average temperature rise of 1.5 degrees C from preindustrial levels. In fact, the team’s figure more than doubles the agreement’s hard goal of limiting that global rise to no more than 2 degrees C.

“Humanity can, though, brace its urban areas for the brutal heat that climate change is already delivering—by making them more rural…”

Up until this point, global climate models have tended to snub urban areas, and for good reason, as they make up just 3 percent of the planet’s land surface. Cities are but a blip. Researchers are more interested in the dynamics of things like the ocean, ice, and air currents. “We’re closing this kind of gap,” says Lei Zhao, a climate scientist at the University of Illinois at Urbana-Champaign and lead author on a recent paper published in Nature Climate Change describing the modeling. “We provide urban-specific projections for the future.”

Humanity can, though, brace its urban areas for the brutal heat that climate change is already delivering—by making them more rural. Greening public spaces both beautifies them and provides people with shade. Each tree’s leaves also act like tiny air conditioners, releasing moisture to cool the environment. And the less the pavement is exposed to the sun, the less the built environment will absorb its energy. 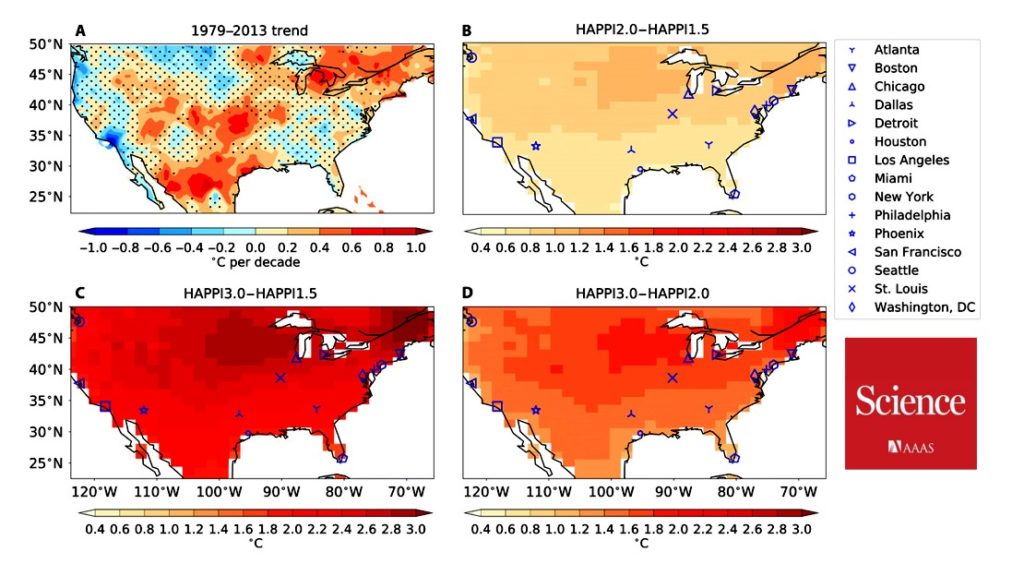 1 reply to "Climate Change Is Turning Cities Into Ovens"