The extraordinary heat wave that hit the Iberian Peninsula and the Balearic Islands last week has left a trail of record temperatures and suffocating days. But it is also another reminder of what will happen more frequently from now on due to climate change that at the moment cannot be reversed, although it can be mitigated .

Cities are more vulnerable to the negative effects of high temperatures, which are becoming more frequent due to climate change

The enormous amount of greenhouse gases that human beings have emitted will already remain in the atmosphere for decades, so the warming will not subside for the time being. “We have to adapt,” the World Meteorological Organization (WMO) recalled on Friday, referring to the “unusually early and intense” heat wave that has hit Europe.

“We have to adapt,” the World Meteorological Organization (WMO), referring to the “unusually early and intense” heat wave that has hit Europe.

This agency linked to the UN emphasized the danger of heat waves in cities, whose inhabitants “are particularly susceptible due to the so-called urban heat island effect that magnifies the impacts compared to the countryside, where there is more vegetation.” A recent study by the Swiss weather service put the temperature difference between a city and rural areas at six degrees Celsius. Other analyzes point to differences of even 10 degrees.

Many cities around the world are already taking action against extreme temperatures. “The Administrations have to be clear about what kind of cities they want, a city model,” says Ángela Baldellou, director of the 2030 Observatory of the Higher Council of the Associations of Architects of Spain . Baldellou is committed to a “comprehensive vision” to avoid cases such as that of Madrid, where municipal planning coexists with projects such as the reform of the Puerta del Sol —which does not contemplate any vegetation or shade— and the Central Park project , which aims to create a large green area in the north. 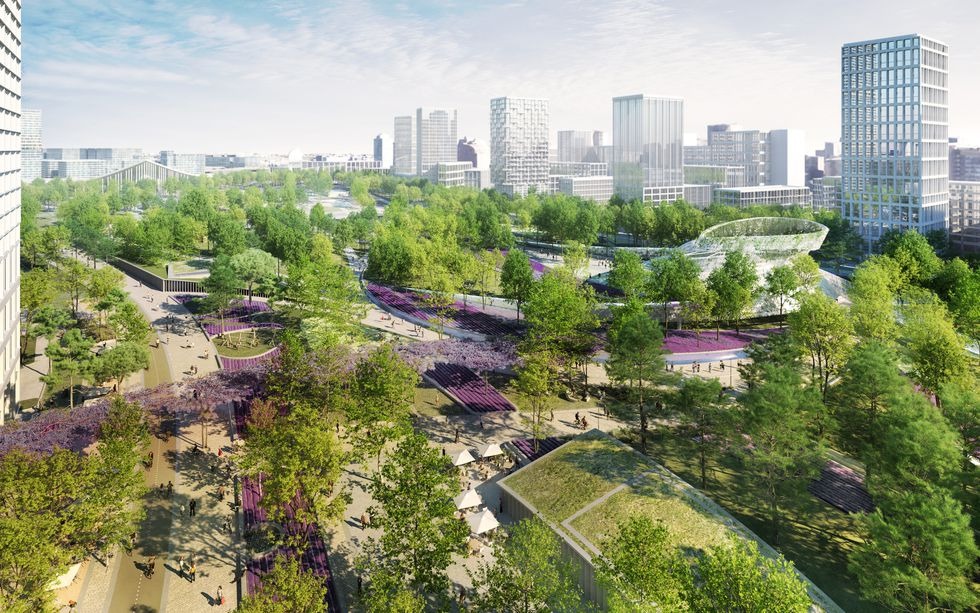