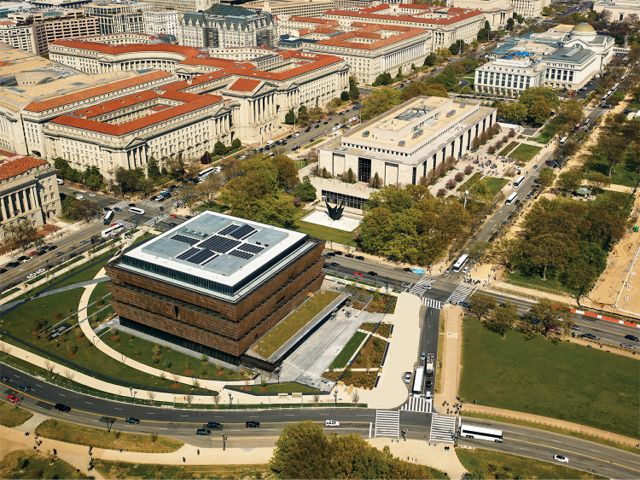 NOTE: In celebration of Black (African-American) History Month, we are very pleased to showcase the NMAAHC. 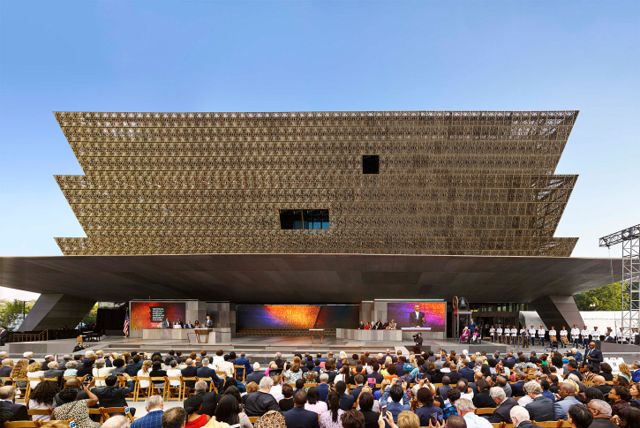 Designed by Freelon Adjaye Bond/SmithGroup, the 420,000 square foot building has a three-tiered shape and is inspired by the Yoruban Caryatid, a traditional wooden column which features a crown or corona at its top. Reaching toward the sky, the bronze-colored filigree corona expresses faith, hope and resiliency. Below, visitors enter through a grand “porch” at the south side. The Porch is an outdoor welcome area and the 175-foot-long steel and concrete canopy shades visitors with its upward tilt.

An extensive greenroof planted with pre-vegetated sedum mats from Moerings USA/Sempergreen covers the porch’s overhang. Much of the north lawn is a large intensive greenroof which covers the galleries below and the glass oculus that juts up from the grounds to help illuminate the underground portions. At night, the corona glows, presenting stunning views of the museum from a variety of vantage points in and around the Mall. The location and design of the National Museum of African American History and Culture represent the past, present, and future of the African American experience in ways that are both tangible and symbolic. 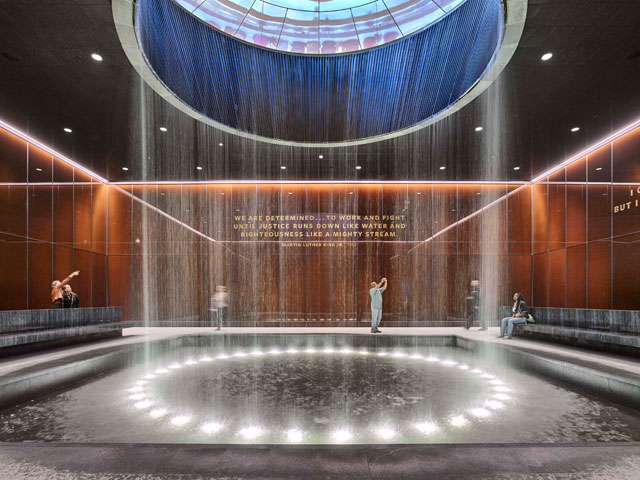 The oculus as seen from the interior. Photo credit: Alan Karchmer/NMAAHC. 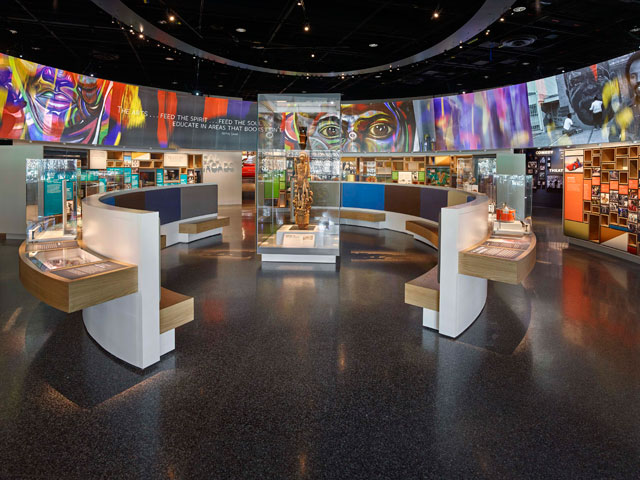 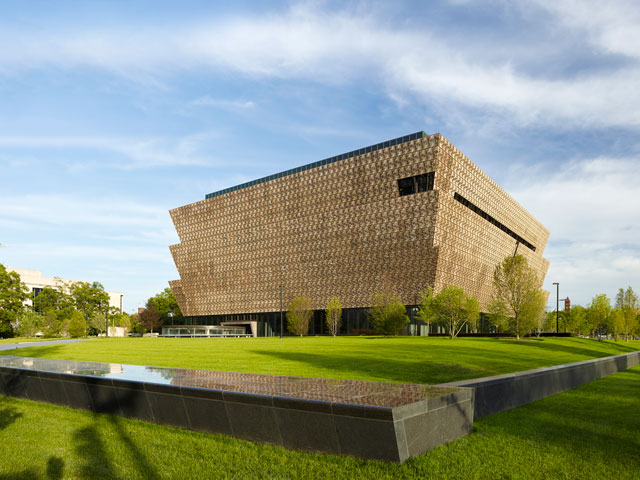 The NMAAHC intensive over structure greenroof on the north side with the glass oculus peeping through. Photo credit: Alan Karchmer/NMAAHC. 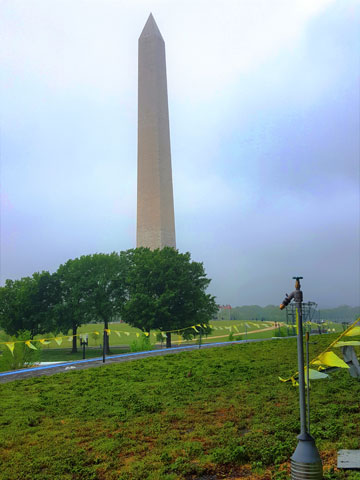 The Washington Memorial as seen from the Porch greenroof. Photo courtesy of Moerings USA / Sempergreen. 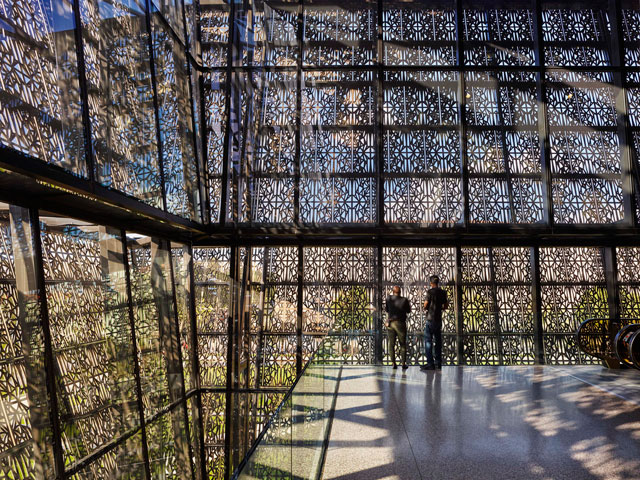 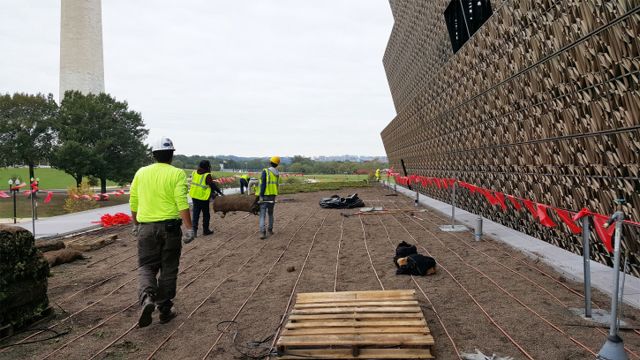 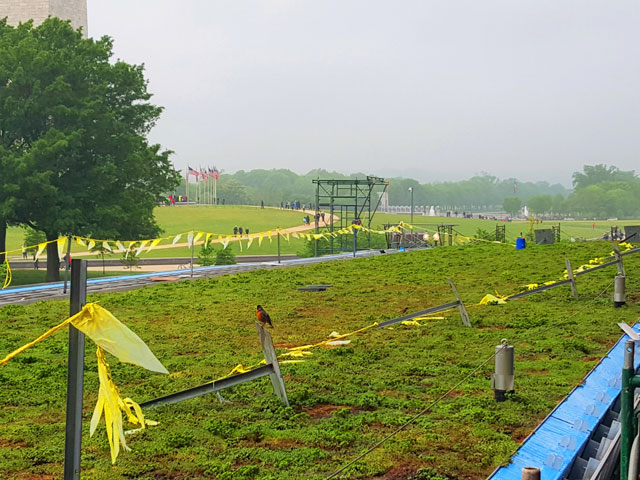 View the National Museum of African American History and Culture PROJECT PROFILE to see ALL of the Photos and Additional Information about this particular project in The International Greenroof & Greenwall Projects Database. 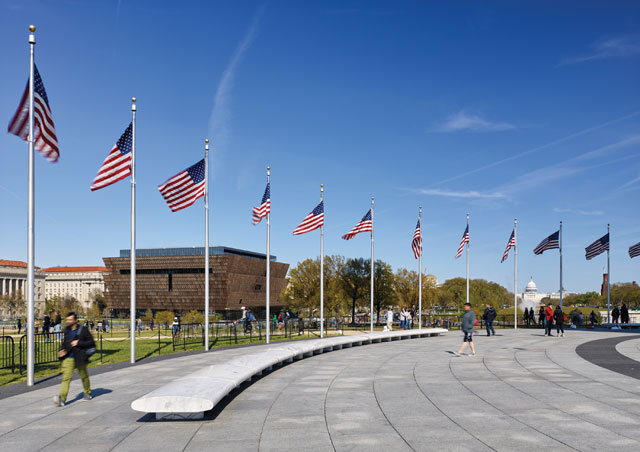 Watch the National Museum of African American History and Culture Project of the Week Video below or see it on our GreenroofsTV channel on YouTube: 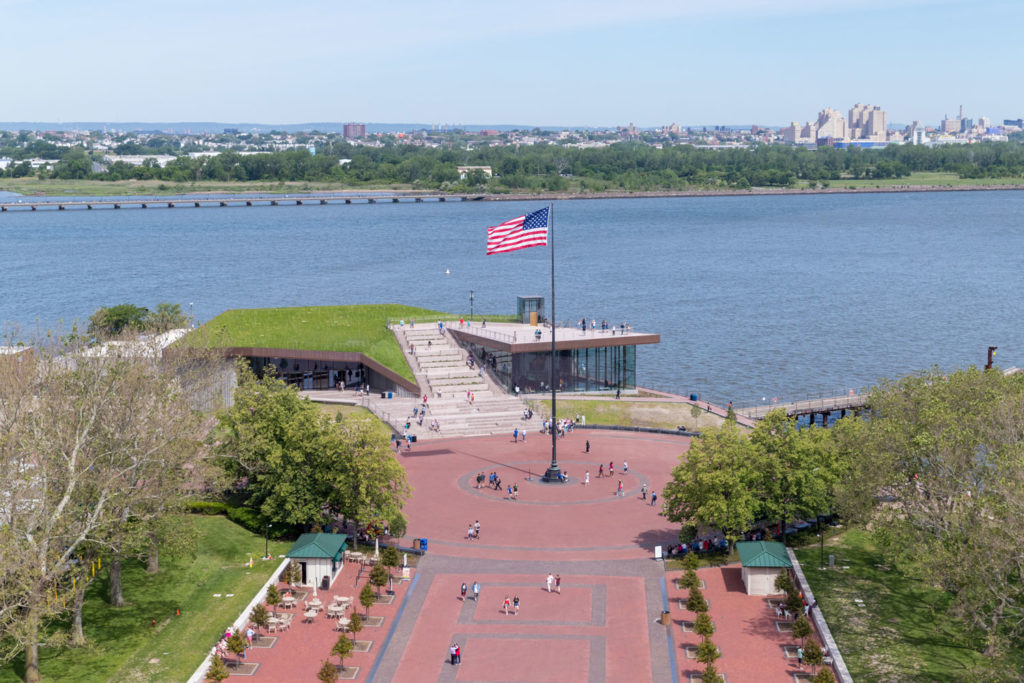