If you are interested in a holistic approach to site planning and case studies of retrofits including gorgeous wetland and bog greenroof and greenwall projects with fish using recycled water and wastewater for irrigation, then don’t miss “Greening the World Inside and Outside” by Mark Paul from our Greenroofs & Walls of the World Virtual Summit 2015 ~ Connecting the Planet with Living Architecture: People, Projects & Design above or on our VS2015 Virtual Summit 2015 playlist on our GreenroofsTV channel on YouTube. 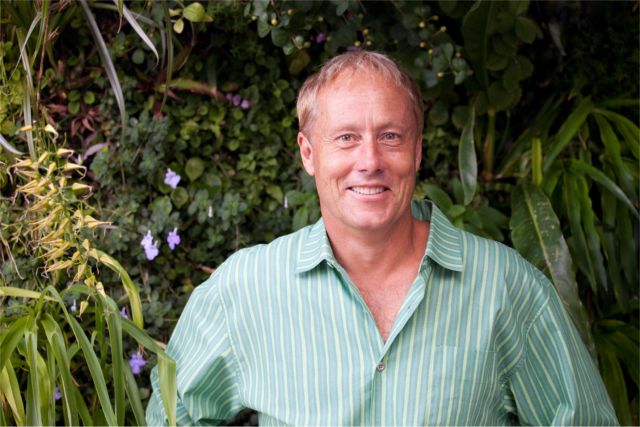 Although we’d known of him and his work for several years, we finally met Mark Paul, Australian horticulturalist and founder of The Greenwall Company in 2014 in Sydney at the excellent World Green Infrastructure Congress. 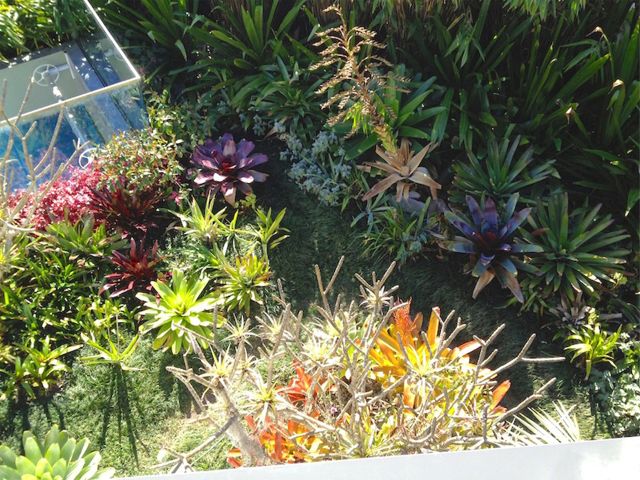 In Mark’s video you’ll understand the breadth of knowledge and experience of the soft spoken designer who started with epiphytes, lithophytes, and other amazing plants living on cliff faces in Rio de Janeiro almost 30 years ago. 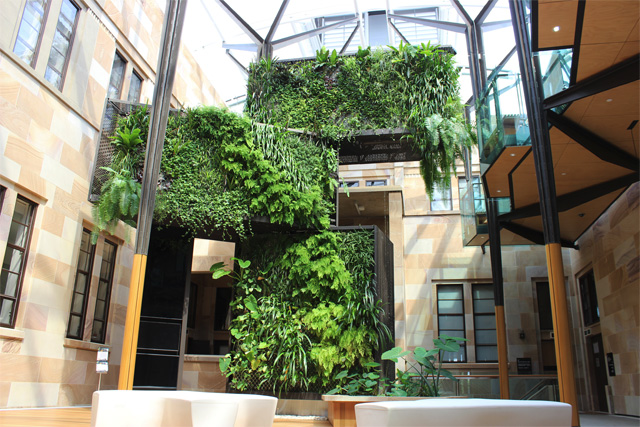 Paul has traveled around the world studying and collecting new plants for greenroofs and in particular, greenwalls, and he says “Greenwalls can be used to produce instant ‘greenspace’ both inside and out.  These beautiful structures of greenery bring new life and nature back into urban environments.”  His wide variety of photos and projects are proof! 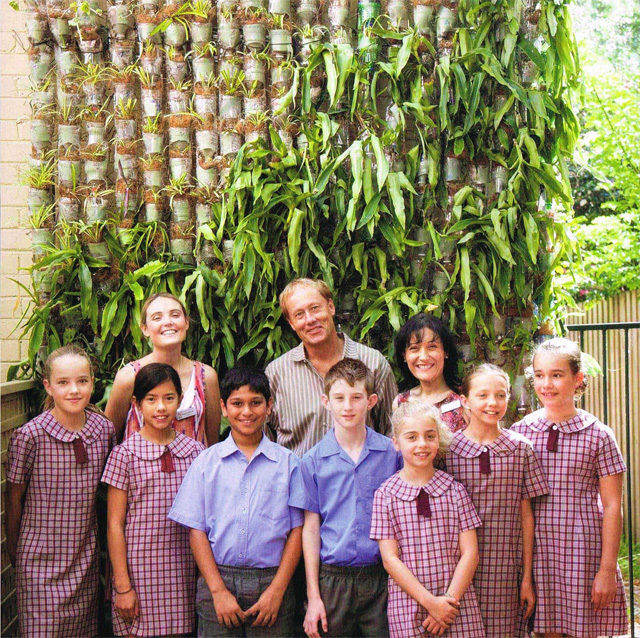 Sydney, Australia. “Over the past 25 years Mark Paul, founder of The Greenwall Company and a qualified horticulturist, has become a name synonymous with reclaiming the built environment, a passion he has had since childhood. Mark’s most recent achievements range from completion of one of the tallest greenwalls in Australia, implementation of a community schools program through to tailor-made residential installations in homes nation-wide. To date, Mark Paul has reclaimed thousands of sqm of the built environment.

Mark has pioneered a number of greenwalls and greenroof innovations with his formative landscape experiences and scientific background which has allowed for much experimentation, trial and testing with planting techniques, medias and methodology (and technology). These developments have put The Greenwall Company as a leader for greenwall and greenroofs in Australia. The Greenwall Company vision is to reclaim the built environment by clothing the facades of buildings with epiphytic and lithophytic planting to create a living, breathing architectural function to every building.“

Read about “Greening the World Inside and Outside” by Mark Paul video’s 5 Key Learning Objectives which I identified for participants of the Virtual Summit 2015. 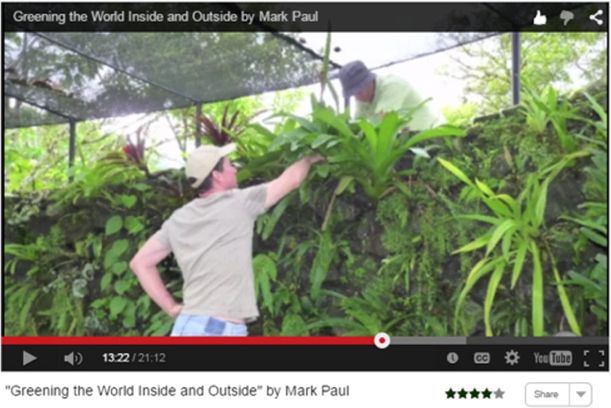