If you want to hear from two highly engaging, knowledgeable, and entertaining Englishmen with varied, self-trained backgrounds in birds, plants, ecology, and green infrastructure plus understand how to construct DIY low-impact living roofs, then you simply cannot miss watching “Small Scale Green Roofs” by Dusty Gedge and John Little from our Greenroofs & Walls of the World Virtual Summit 2015 ~ Connecting the Planet with Living Architecture: People, Projects & Design above or on our VS2015 Virtual Summit 2015 playlist on our GreenroofsTV channel on YouTube. 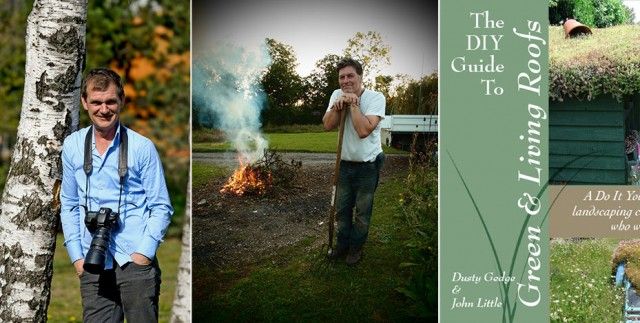 Filmed in Essex and London, Dusty and John’s collaborative video “Small Scale Green Roofs” is an important step for those of us who have been thinking of building our own greenroof atop a smaller structure, perhaps a shed or shipping container, for example.  Between the two of them, they have extensive experience which they are very happy to share.

By illustration, John’s company has built over 70 timber grass/greenroofs and Dusty has been working in the field since 1997.  Now with over 36 years combined experience of building living roofs, they discuss the opportunities of greening up small roofs both old and new. 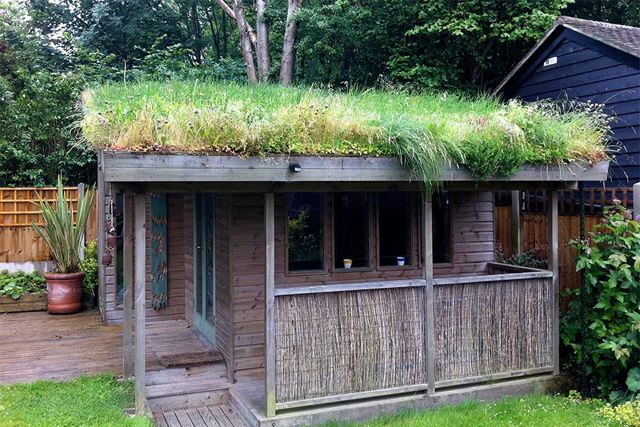 Their love of the subject is quite visible in this fun yet extremely informative video which also shows how to integrate animal biodiversity for invertebrates, pollinators, and others. 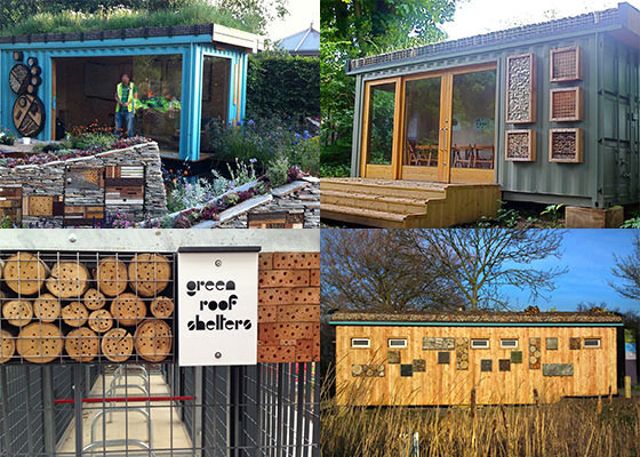 Having written extensively in print and online, their work provides an inspiration for individuals who want to make a contribution themselves and also for those people who don’t yet have the confidence to build on their own.  Their experiences resulted in the minutely detailed small greenroofs guide (2005 and then 2014 for the web-based guide), providing advice and confidence for DIYers, and workshops followed allowing homeowners and small building and landscape contractors some great practical, hands-on advice. 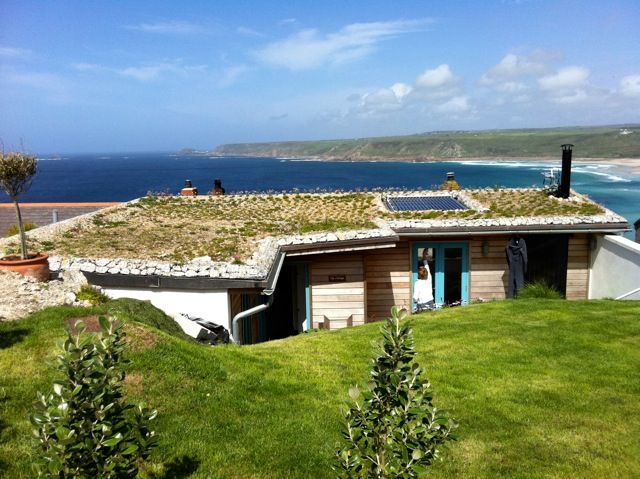 London, UK.  Dusty Gedge is a green roof campaigner and designer, who has actively promoted green roofs in the UK since 1997. He has designed a number of seminal roofs and helped develop the London Green Roof Policy. He is also the current President of the European Federation of Green Roof Associations (EFB), and sits on the EU’s working group for the green Infrastructure and ecosystem services policy. His work in Europe over the last few years working on a Pan-European green roof course and he is currently advising on a project on green roofs, pollinators and solar power – Biosolar Roofs. Update: The Biosolar program has completed its research.

As a birdwatcher first and foremost he has always had a vision that good green infrastructure and green roofs should deliver for biodiversity as well other headline issues connected with cities and climate change adaptation.  Dusty also co-presented “Biosolar Roofs” with Nathalie Baumann at the 2015 Virtual Summit.

Essex, UK. John Little is a landscape contractor and designer. He is well known in the UK for his seminal work on social housing estates, transforming one estate from an amenity grassland desert to wildlife friendly and food growing paradise. He is also well known for his work on small scale green roofs both delivered through his company the Grassroof Company.

John is co-author of Small Green Roofs: Low-Tech Options for Greener Living, 2011 and DIY Guide to Green & Living Roofs, among other publications. With Dusty Gedge he has written a small-scale green roof guide to help individuals, buildings and landscape contractors to construct small wildlife friendly green roofs. Greenroofshelters is another of John’s companies that provides modular small green roofed buildings. The type of buildings that company designs and sells include binshelters, bike sheds and small green roofed freight container buildings. One of these featured in Nigel Dunnett’s award winning garden at the Chelsea Flower show back in 2011.

John’s garden has featured in many garden and horticulture magazines. Full of wildflowers and now home a plethora of bee habitat walls and green roofs, it is an oasis of biodiversity in the heart of Essex.

Read about “Small Scale Green Roofs” by Dusty Gedge and John Little video’s 5 Key Learning Objectives which I identified for participants of the Virtual Summit 2015. 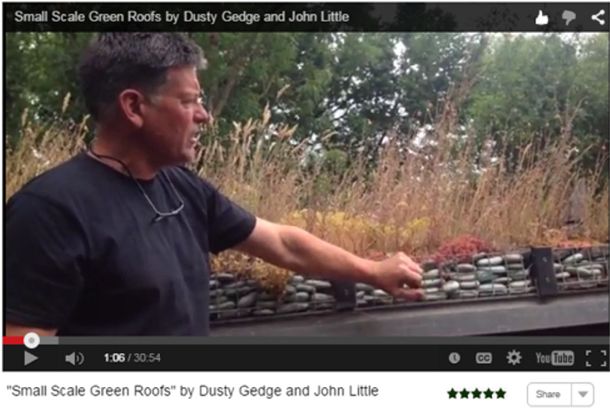