In today’s Flashback Friday #FBF we are spotlighting the individual presentation “Greenwalls in Middle Earth by Graham Cleary” from our 2015 Greenroofs & Walls of the World™ Virtual Summit. 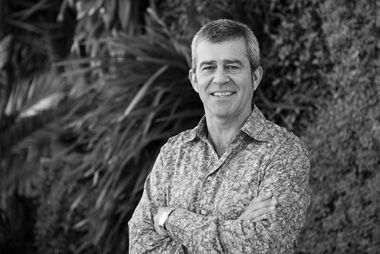 The understated but extremely affable Graham is also a GRP and former “Chief Rake” – or director – of the multi-award winning Natural Habitats, a major design/build and maintenance landscape company in New Zealand. Now on Natural Habitats’ Board of Directors, Graham has been at the forefront of thinking on the use of natural systems to mitigate urban development issues for decades.

We had met Graham Cleary prior at one of the yearly greenroof conferences, and Aramis and I were able to spend about a week with Graham and his lovely wife Lucy in October, 2014 after the World Green Infrastructure Congress 2014 in Sydney where I also spoke to a private event sponsored by his company.

In his 7:40 video Graham talks about both greenwall and greenroof projects in “Middle Earth.” In addition, he gives a look into how and why he founded Natural Habitats in 1978 in Auckland as a fledgling design build company under the mentorship of the city’s then only landscape architect.

Starting in 1994, they constructed the first greenroof in New Zealand with the Quay West Roof Garden in Auckland, enabling Quay West to add an additional four levels of building to its development for spending a little over $100,000 – which equated to an additional $4 million in real estate value.

Regarding a more recent installation, all native plants were used for the new public 23-square meter greenwall in Civic Square in Wellington with a 2-day installation which was greatly received by everyone. 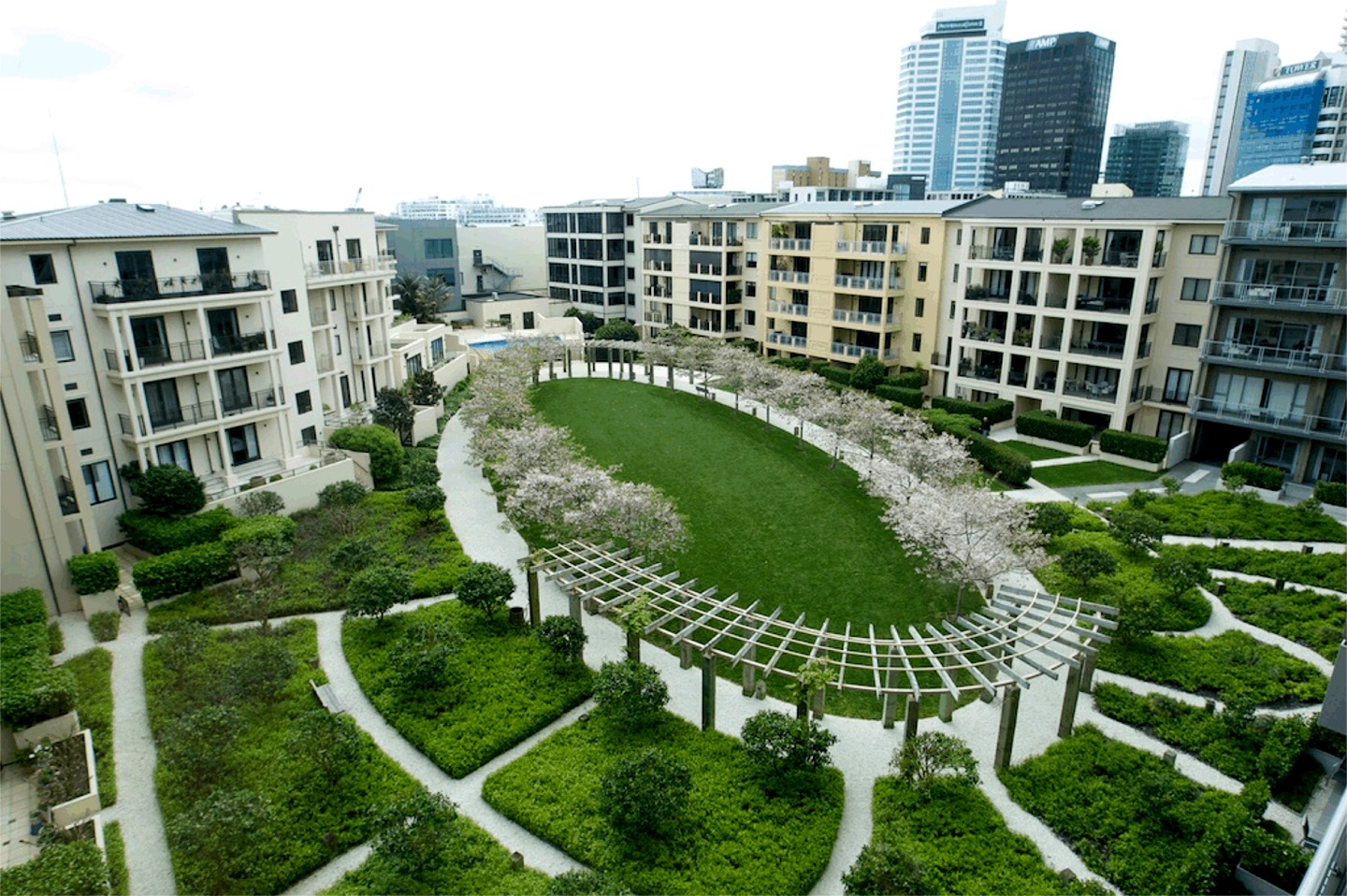 The Parc in Auckland, by and image courtesy of Natural Habitats

At the exclusive, award-winning development The Parc in Auckland, average inward-facing apartment sales prices were able to be raised by about 25% due to the large semi-intensive greenroof, a private sanctuary with lush landscaping, expansive lawn areas, and pool.

As any fan of LOTR (Lord of the Rings for you non-geeks) knows, “Middle Earth” is the setting for J.R.R. Tolkien’s fantastic and fantastical stories, chock-full of Elves, Dwarves, wizards, and, of course, Hobbits.

I will always be extremely grateful (an understatement) that Graham Cleary arranged a behind the scenes tour for us at The Hobbiton™ Movie Set, after our Auckland visit… with one of the Wingnut Films Productions crew – Brian Massey, the Academy Award-winning art director, no less, from the LOTR! 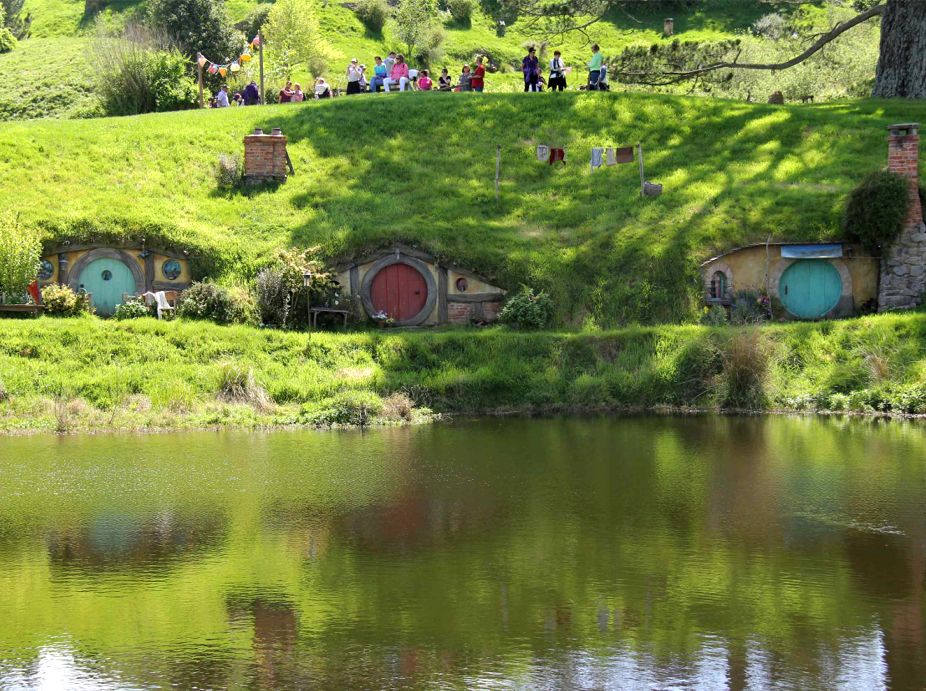 The Hobbiton™ Movie Set is located in Matamata on the North Island where Sir Peter Jackson’s The Lord of the Rings (New Line Cinema) and The Hobbit (Warner Brothers) trilogies were partially filmed. For more on our adventures, see my “Greenroofs.com Explores Middle-earth at Hobbiton, NZ” for tons more information and photos, and view The Hobbiton Movie Set Project Profile, too.

Watch “Greenwalls in Middle Earth” above or you can also see it on the Greenroofs & Walls of the World™ Virtual Summit 2015 Playlist, where all of the Greenroofs.com’s videos are publicly available on our GreenroofsTV channel on YouTube, free of charge. 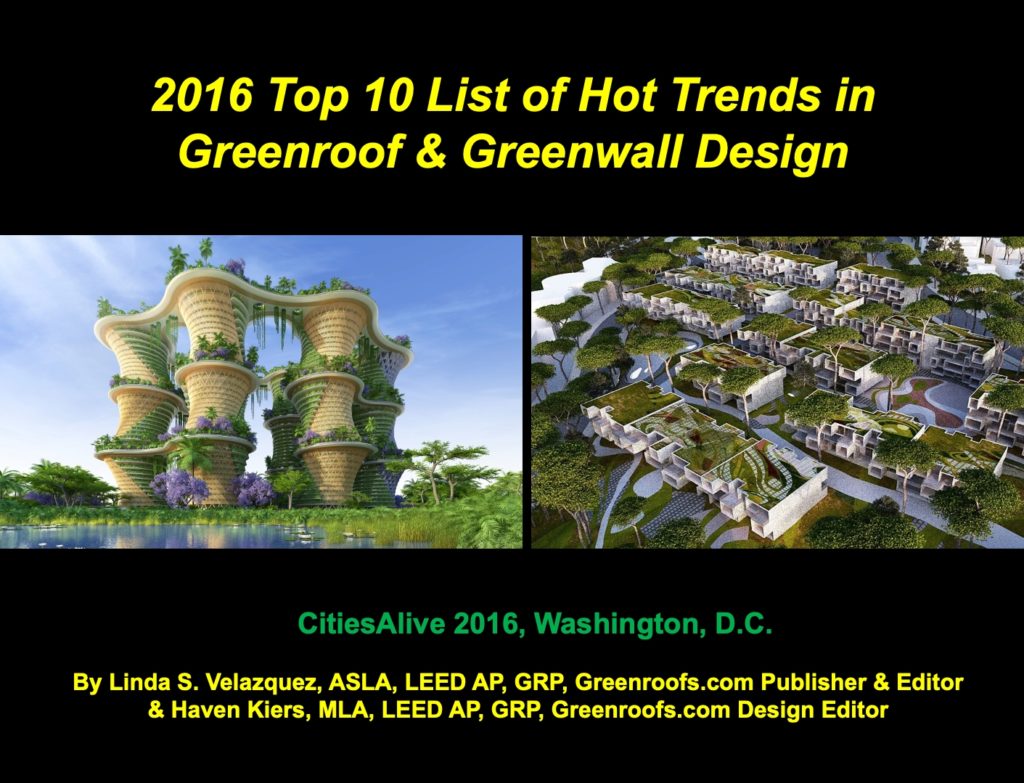