This year’s Super Bowl will be held in the most environmentally acclaimed sports stadium in the U.S., the Mercedes Benz Stadium, in Atlanta. The 2-million-square-foot arena, designed by HOK, opened to the public in August 2017, and was the first professional sports stadium in the U.S. to achieve Platinum LEED certification, the highest rating from the U.S. Green Building Council.

Mercedes-Benz Stadium has achieved LEED Platinum certification, making it the first professional sports stadium in North America to do so. Created by the U.S. Green Building Council (USGBC), LEED, or Leadership in Energy and Environmental Design, is the most widely used green building rating system.

Home to the NFL’s Atlanta Falcons, Atlanta United of MLS and many of the world’s top sports and entertainment events, Mercedes-Benz Stadium has obtained more total points than any other sports facility in the world with 88.

Expect more stadiums to follow, as the NFL recently announced a membership with the Green Sports Alliance, an organization aimed at encouraging green and renewable practices at sporting events.

Watch this other video from the US Composting Council: 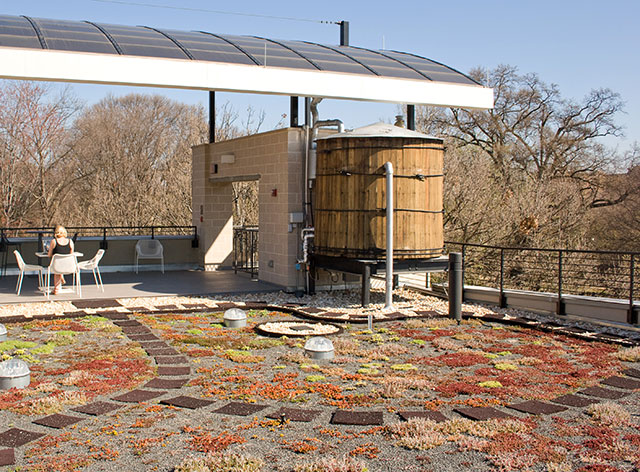