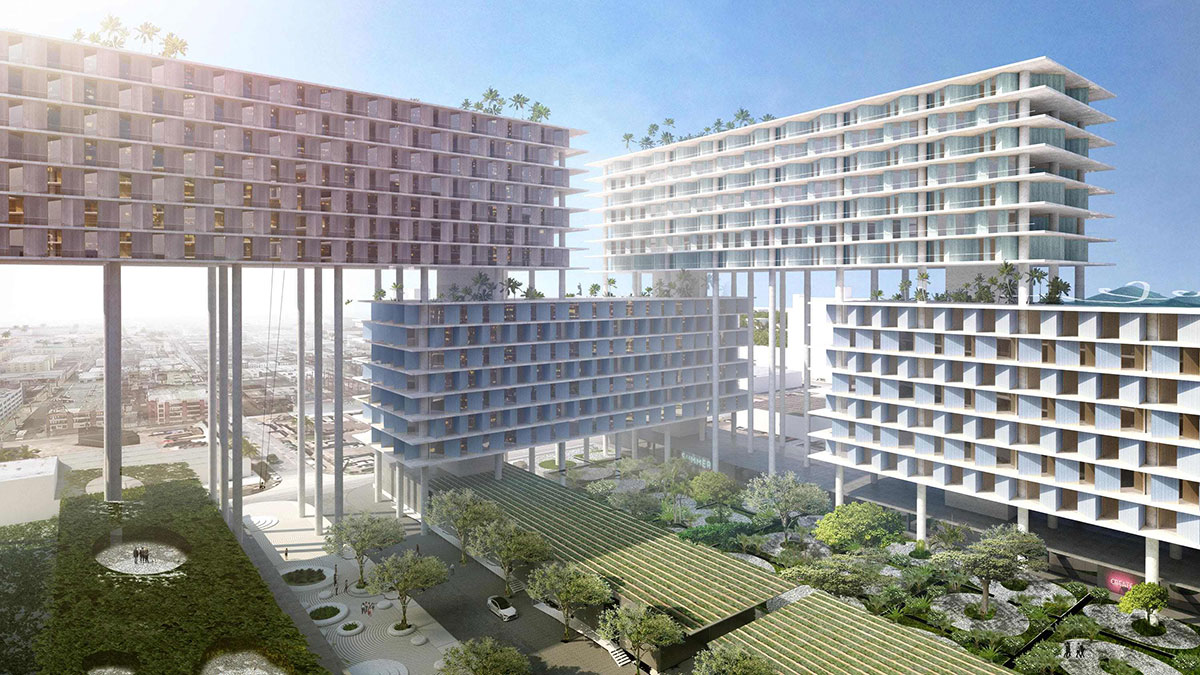 BIG’s proposal for the “Miami Produce” redevelopment in the Allapattah area of Miami. Image: BIG

Green roofs are already improving city life and providing habitat to plants and animals — but there’s an even better idea hiding below the surface.

Over the past 10 years, the green roof movement has gone mainstream.  Green roofs have now been adapted by cities across the globe, from Toronto, to Seattle, Paris to Singapore, Melbourne to Basel.  They are now commonly a reality for developers and represent a great achievement of the green infrastructure industry and of progressive city planning.

In many ways, the hype is justified, and a cause of celebration is in order.  It’s possible, though, that the celebration might be premature.  Although green roofs contribute immensely to solving many urban issues, we’re missing the mark on truly transforming urban life.

We need to invert the green roof movement 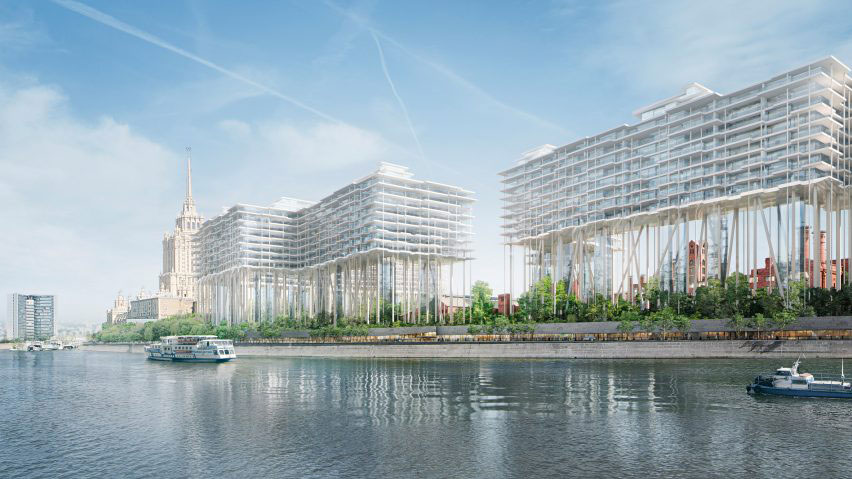 “Horizontal Skyscrapers” is Herzog & de Meuron’s plans for two apartments blocks built on stilts, part of its redevelopment of an abandoned brewery on the banks of the Moscow River. Image: Herzog & de Meuron via dezeen

Green roofs provide a huge array of benefits.  They absorb and slow stormwater run off, provide pollinator habitat, improve air quality, insulate buildings, provide recreational opportunities and increase biomass production, among other benefits.  Overall, they save infrastructure costs, improve the environment and improve human health.  They are a tool to work with nature rather then against it and to capitalize on unused urban space.  This contributes to the sustainability of cities.

However, it’s important to recognize some of their limitations.  For example, rooftops by their nature are inaccessible for most people, plants and animals.  This can be good for reasons of avoiding disturbance to vegetation, but in many ways it limits the ability for the greater public and natural world to reap the benefits.  Rooftop parks and urban habitat are often main drivers of justification for creating green roofs, but who is allowed on the roof and how difficult is it to get access?  What animals, plants and insects can reach the habitat?

Green roofs prove that landscape fragmentation can also occur vertically, not only horizontally 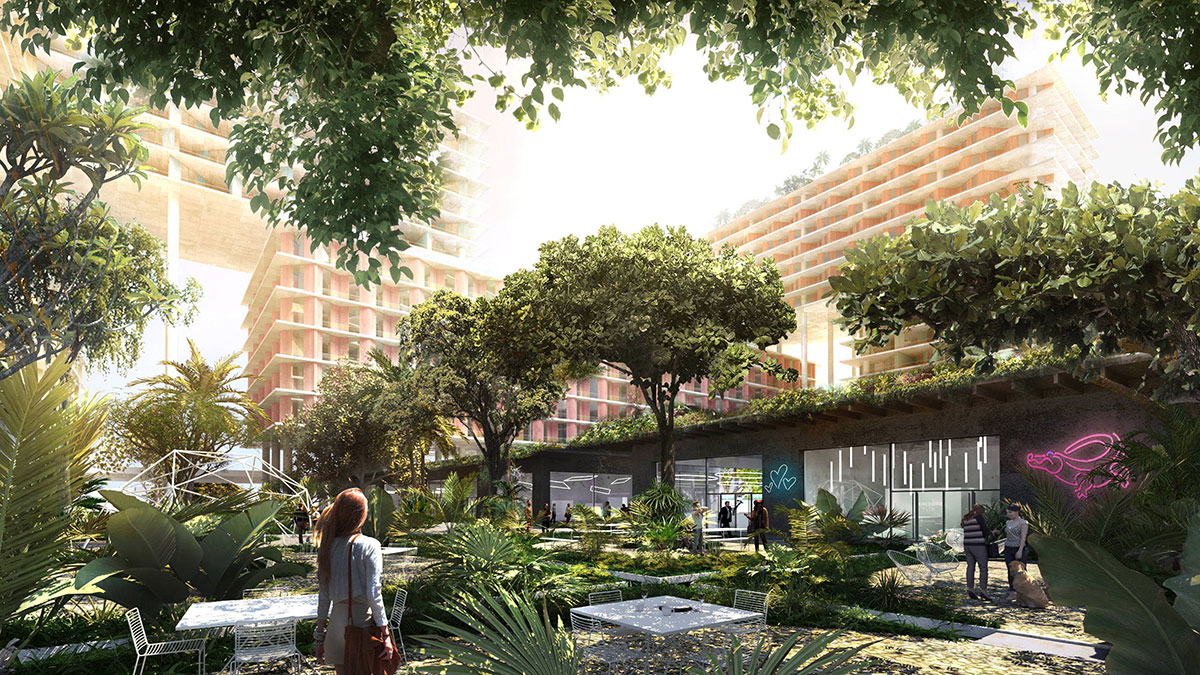 Horizontal as well – green roofs also lack connectivity. Just imagine looking down from the sky and seeing the patches of green roofs.  Any ecologist or city planner has learned through education and experience that connectivity is a key pillar of success.  Free movement and landscape continuation enhance the function and health of both the built and natural environments.  In the urban context, it allows for active transportation, efficiency in movement of people and vehicles, less isolated neighbourhoods, expanded greenery and more holistic zoning.  The principle also transfers to the natural world where corridors of vegetation facilitate movement of plants/animals and enhance ecological interactions, function and services.

So how can we ensure people, plants and animals have access to these greenspaces?  How can we connect the landscape?  And how can we transform urban life?

By inverting our priorities and flipping green roofs upside down.  In other words, by creating “green basements.”

And what exactly are “green basements” and how would they work?

Green basements would be created by building on stilts, essentially opening the ground level of buildings for park and greenspace and placing the lobby of the 2nd floor.  This would allow us to achieve a magnitude of desired urban outcomes, from connectivity to increased green space to enhanced social interactions.  A neighbourhood of buildings with green basements would completely transform the urban fabric. 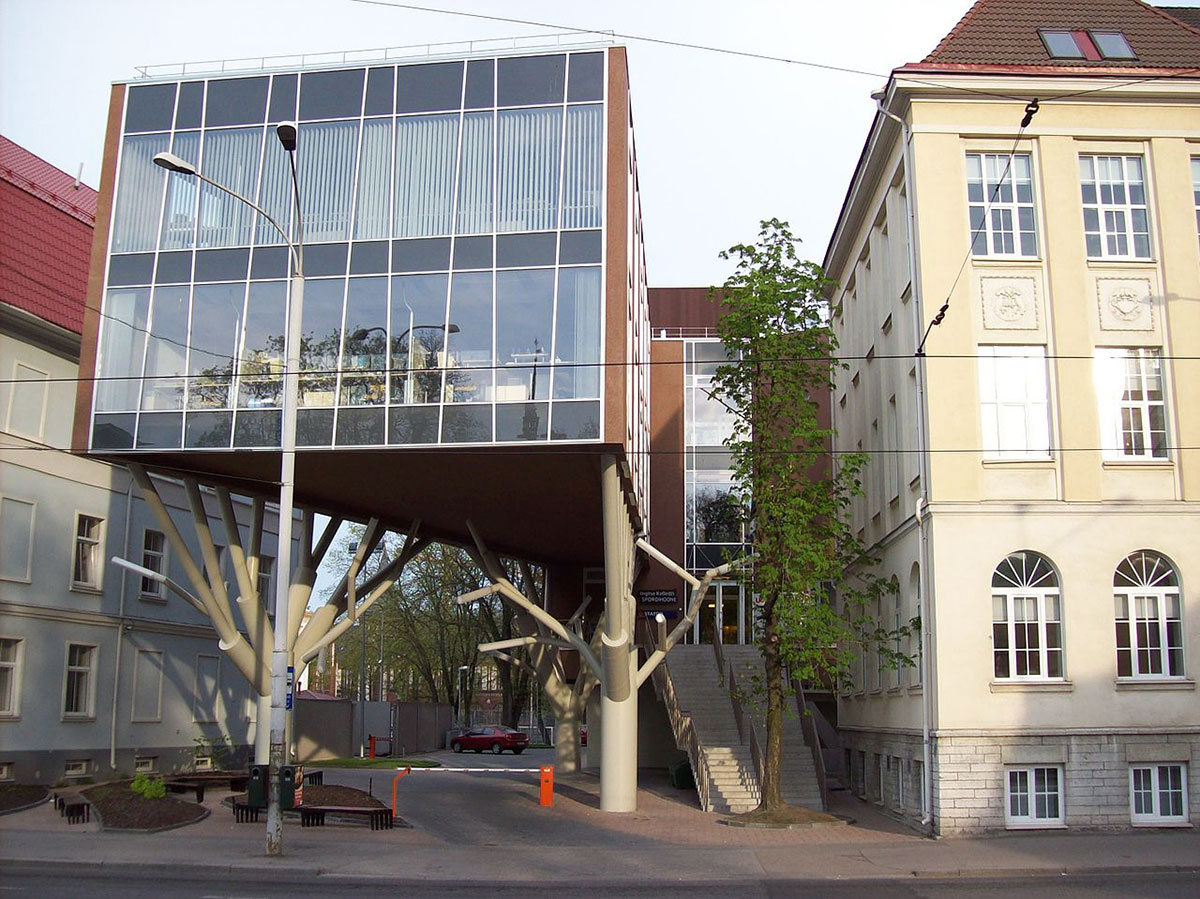 This would not come without challenges, protest and doubters.  Shadow underneath the building will be a major obstacle for vegetation growth, but between shade-tolerant species and innovative engineering solutions such as mirrors and building placement/materials, the green spaces are possible.

As noted by Michael Green, an accomplished architect, in reference to tall wooden buildings:

“It’s easy to design and build these buildings. What’s hard is to change the public’s perception on what’s possible.” ~ City of the Future Podcast “Mass Timber” October 5, 2018 10:30

For developers to consider green basements in their projects and to keep the space publicly accessible, a sound economic incentive framework must be created by governing bodies to ensure they are rewarded for bringing this type of value to the community.  This can range from bonus density, tax incentives or other creative ways to reward the innovation.  The skill of engineers, architects and builders could bring this beneficial vision to life but as we pinch developers into creating specifically prescribed features such as green roofs and green basements, costs associated with development may be increased and must be mitigated to ensure affordability is matched with sustainability.

Just imagine the radical impact of green basements in your city: walking and biking to work through unbroken paths of gardens, open space, water features and trees.  Contribution to climate change resilience and expanded habitat for the native plants and animals.  Gathering spaces for friends, families and coworkers.  Sitting underneath your office building in a park on lunch time.  And so much more. 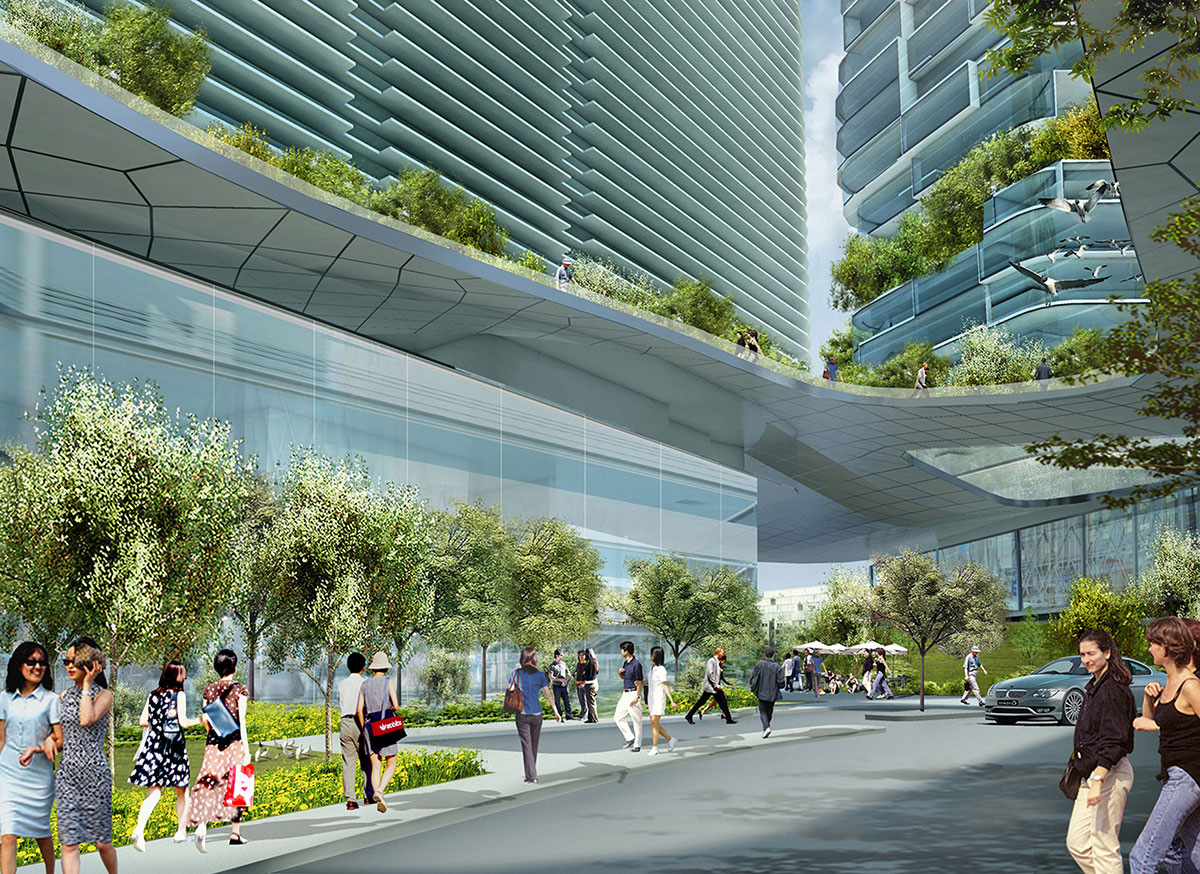 My challenge to the green roof movement is not meant as an alternative but is meant to build upon the exciting sustainable achievements of green roofs.  Green basements would significantly amplify the principles that green roofs were seeking to accomplish.  If green basements caught on to the extent of green roofs, our cities would be more walkable, more connected, healthier, ecologically enhanced and greener.

That’s why we must focus on greening not only the roofs of buildings, but also the ground level of development sites. 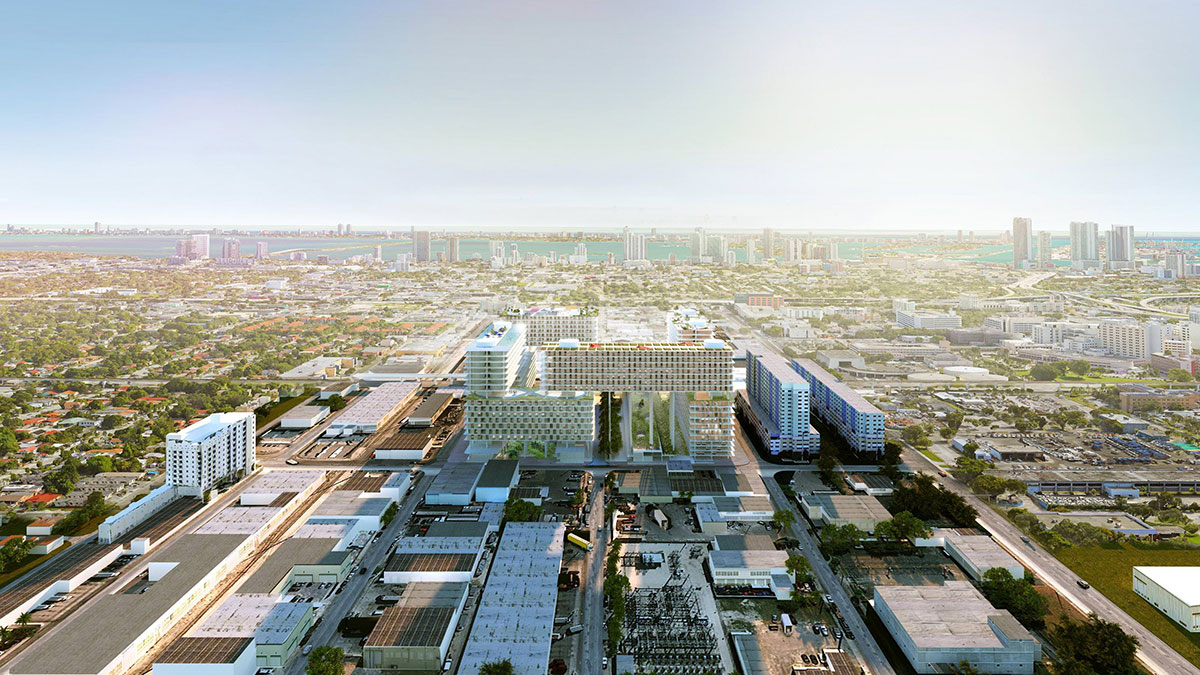 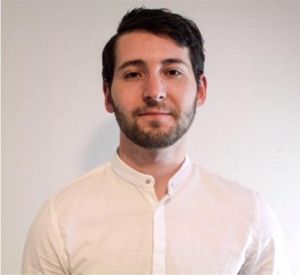 John Lieber works for the City of Toronto and consults privately. He is an ISA Certified Arborist and a LEED AP (BD + C) that has a certificate in Urban Forestry and a diploma in Ecosystem Management. He has worked for organizations in all sectors including Ontario Ministry of Natural Resources, City of Hamilton, Greenbelt Foundation, Dillon Consulting, Toronto and Region Conservation Authority and now City of Toronto and Jungle Capital Consulting. John is currently working on the City of Toronto’s Parkland Strategy, a 20 year plan to guide and enhance Toronto’s Parkland. His consulting helps developers secure incentives, permits and higher value properties by incorporating natural features into development designs.