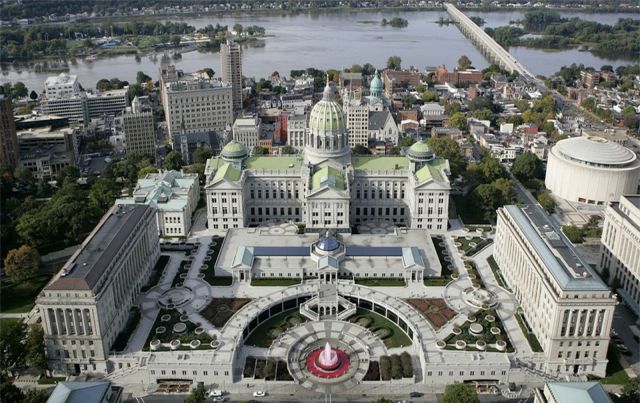 The Capitol Complex in August, 2016, soon after renovation. Photo: PACapitol.com.

Overstructure plazas are rather commonplace within state and federal governments, with parking space usually found below.  Many times they are just solid concrete.  Then why not install vegetation and public parklike space over these public areas when possible with greenroofs?

Of course, many governmental entities have done just that.  By doing so, a wide array of social gathering places have been created that offer so many environmental, health, and reintroduction of nature benefits to the urban fabric. 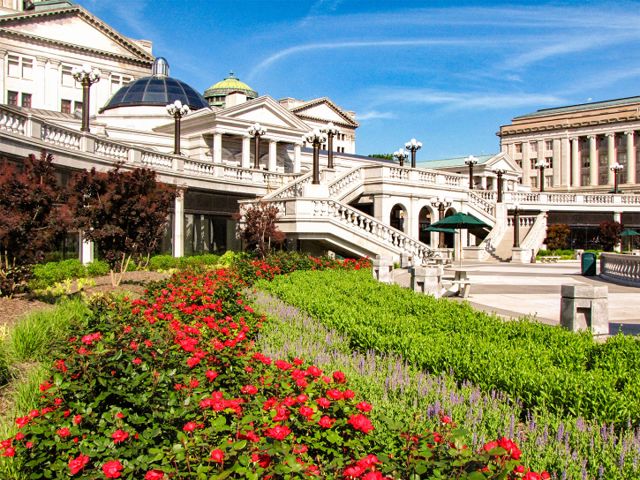 And, in return, the government property’s life span has just increased incredibly making the investment economically sound as well!  Kudos to the many ecologically civic-minded governments and their constituents across the globe. 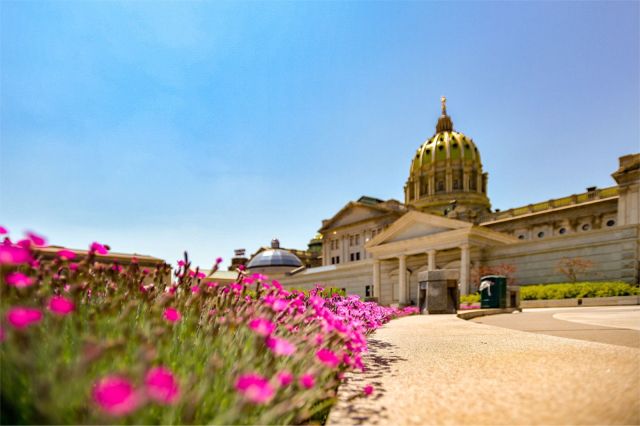 Completed in 1906, the beautiful Beaux-Arts style Pennsylvania State Capitol is the sprawling home to Pennsylvania’s state government, sitting on the southwestern area of Harrisburg upon a broad hill facing westward toward the Susquehanna River.  The East Wing is a 1987 Complex addition designed by Celli-Flynn Brennan in the post-modern style of the Italian Renaissance. 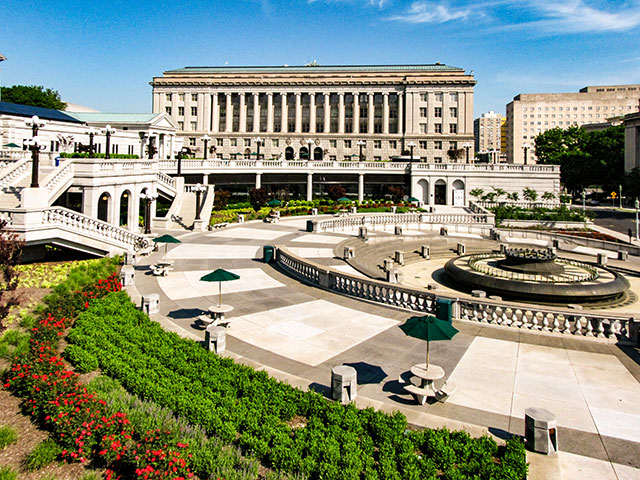 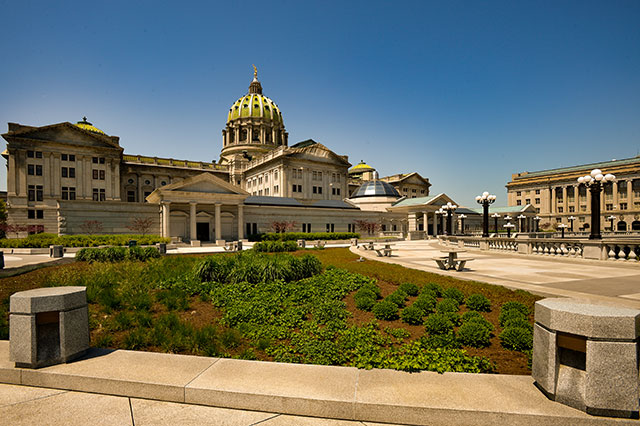 The building renovation provided modern green roof technology in place of an aging, legacy green roof on a project originally installed more than three decades ago.  The East Wing required new waterproofing below the paver and pedestal system on top of the underground garage and about half of the project included planters and 40,000 square feet of vertical surfaces.

The waterproofing solutions were provided by Tremco Commercial Sealants & Waterproofing. 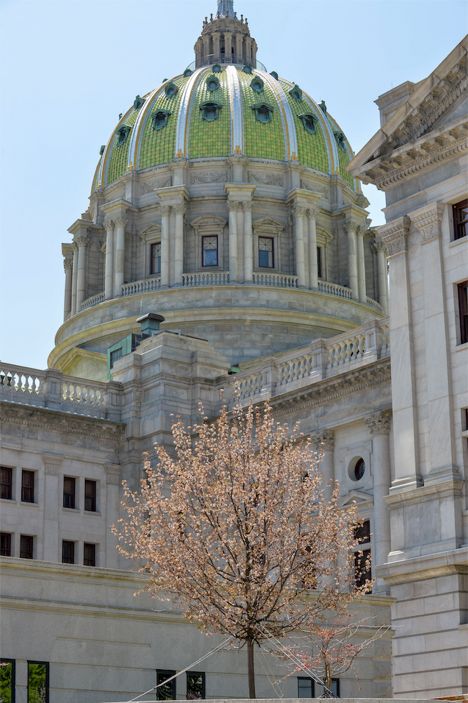 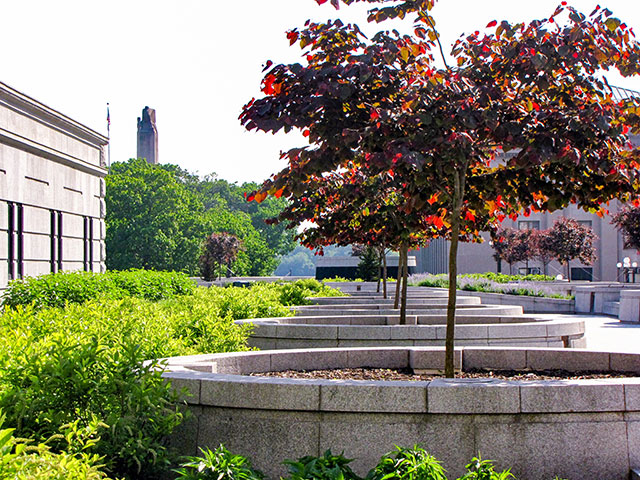 All of the landscaping and existing site soils covering over 260,000 square feet of area were removed.  To stand up to the test of time, rooflite® engineered a new custom soil blend that was both efficient and cost effective, the rooflite intensive 800. 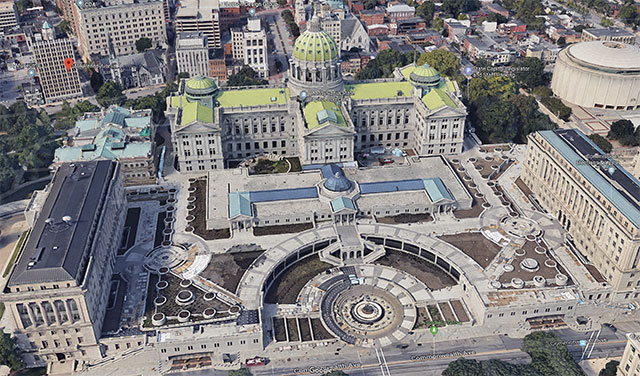 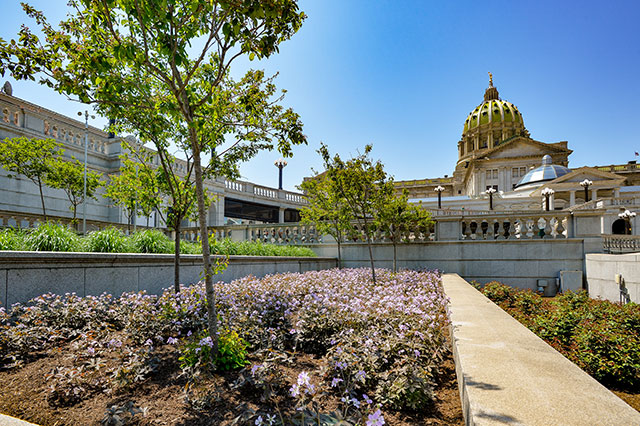 The classic majesty of Pennsylvania Capitol’s East Wing was restored, with sweeping walkways of granite pavers, seating areas, and planting beds with a multitude of trees and flowering bushes and perennials complementing the Renaissance Revival architecture.  Veterans’ Memorial Fountain, located behind the East Wing, generates computerized water displays for visitors and state workers during warm months.

Logistics were a special challenge for this National Historic Landmark because Congress was in session throughout the installation, but the Pennsylvania State Capitol is thriving and bringing nature to the East Wing Plaza for visitors, legislators, and the public alike. 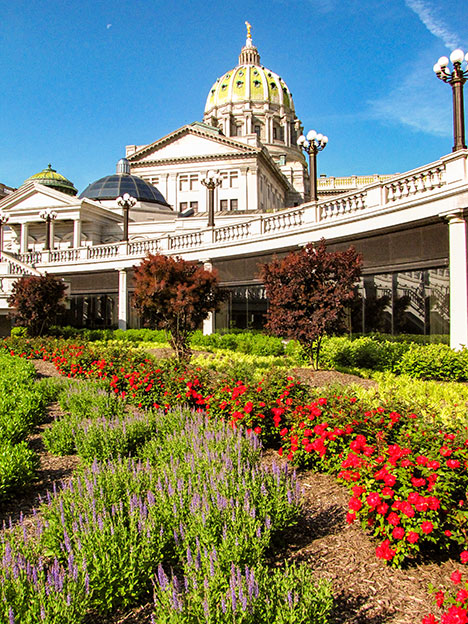 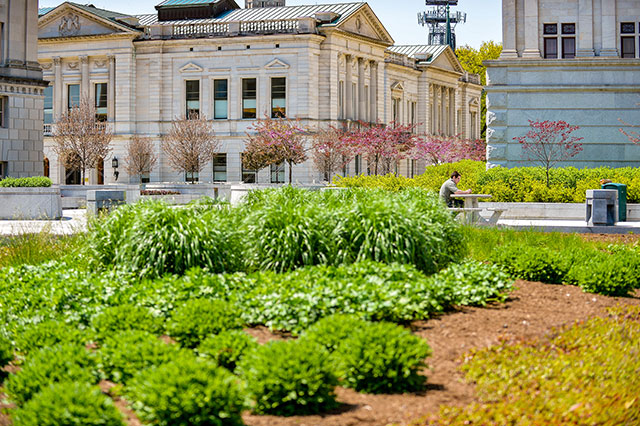 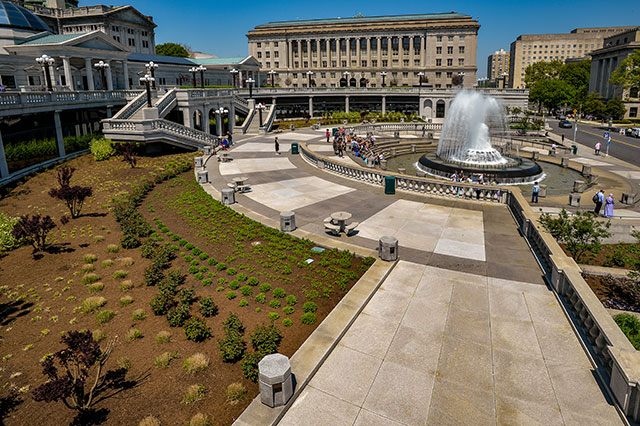 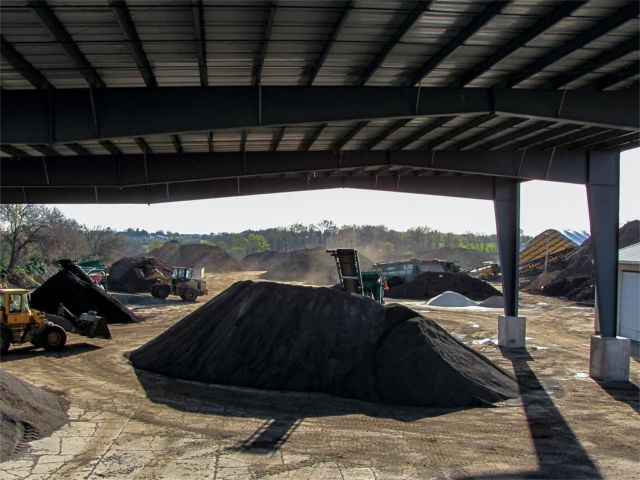 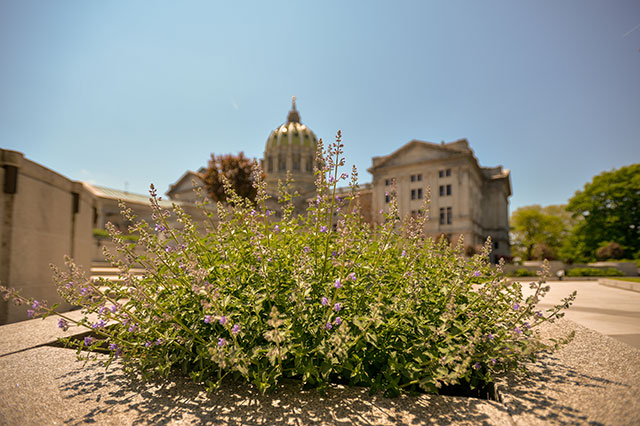 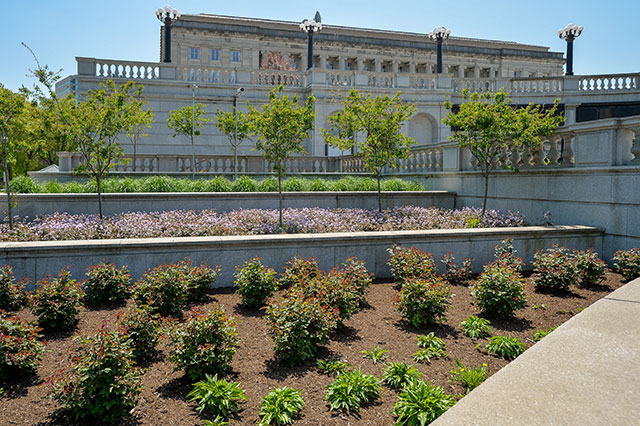 View the Pennsylvania State Capitol East Wing Plaza project profile to see ALL of the Photos and Additional Information about this particular project in The International Greenroof & Greenwall Projects Database. 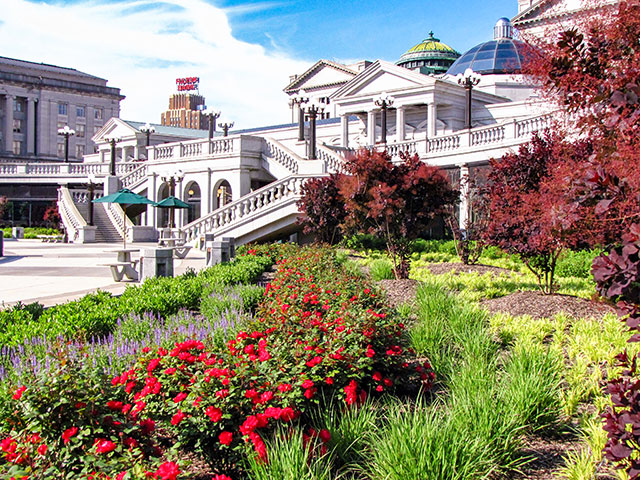 Watch the Pennsylvania State Capitol East Wing Plaza Project of the Week Video above or see it on our GreenroofsTV channel on YouTube.

Did we miss your contribution? Please let us know to add you to the Pennsylvania State Capitol East Wing Plaza profile.