Malta’s Valletta Declaration on a Mediterranean Zero Carbon Economy by 2030 is set to include green urban infrastructure as measures to combat climate change.

Valletta, the tiny capital of the beautiful Mediterranean island nation of Malta, will host the Towards a Zero Carbon Economy Beyond 2030 – Sustainable Urban Centres conference, held on May 29, 2017 at the University of Malta – Valletta Campus.

The culmination of the upcoming Towards a Zero Carbon Economy Beyond 2030 – Sustainable Urban Centres conference will focus on the Valletta Declaration. 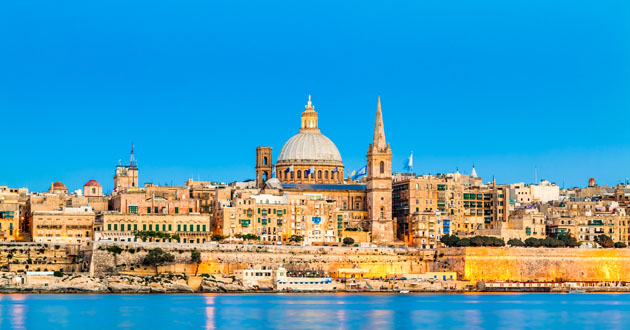 The walled city of Valletta, Malta.

Towards a Zero Carbon Economy Beyond 2030 – Sustainable Urban Centres

Organized by Climate-KIC and Paragon Europe, climate challenges occurring here in the cradle of civilization will be highlighted. The goal is to create a world’s first zero carbon economy solution in the Mediterranean by 2030 and issue an important Valletta Declaration from the conference that binds generations to come.

“By organising a conference around 3 important pillars, the challenges and solutions in green urban centres, circular economy and green finance, Climate-KIC will also showcase the key deliverables achieved so far on Smart Sustainable Districts and its plans to extend the flagship programme to the Mediterranean.

The Smart Sustainable Districts (SSD) is a Climate-KIC programme that works closely with highly ambitious districts, such as Malta, across Europe to identify innovative solutions to their sustainability and climate change challenges.

Throughout the conference the focus will be on low carbon mobility concepts, the operation of smart grids, energy neutral buildings, the promotion of efficient water management and improvement of public and green spaces.” Towards a Zero Carbon Economy Beyond 2030 – Sustainable Urban Centres

Climate-KIC and Paragon Europe are looking at how to achieve a zero-carbon economy beyond 2030 to mitigate the severely damaging effects of climate change through the full-day Climate Change Conference that is part of the official Maltese-EU Presidency program. And greenroofs and other forms of green urban infrastructure will be presented here at the Towards a Zero Carbon Economy Beyond 2030 – Sustainable Urban Centres conference. A series of keynotes and presentations will be held in the morning and followed by afternoon workshops where solutions to challenges will be provided.

“A long-term adaptation and mitigation plan to cope with the effects must start now. This includes identifying areas prone to sea flooding and building appropriate flood defences, drawing up a comprehensive water framework plan to ensure the survival of the mean sea level aquifer and developing comprehensive mitigation and adaptability plans to protect our cultural heritage.” ~ Edwin Ward, Paragon Europe

To learn about the Agenda, Speakers, accommodations, and further regarding Towards a Zero Carbon Economy Beyond 2030 – Sustainable Urban Centres in Malta, visit their website.

Several factors are helping to drive change towards a low carbon economy in Malta and the region including government legislation, innovations in low carbon technology, and the growing green economy.

In fact, an informal high-level Meeting on Energy Efficiency in the Mediterranean was held on May 18 and 19 at the Grand Master’s Palace in Valletta. The two day meeting gathered Energy Ministers and their delegations from the 43 States of the Union for the Mediterranean (UfM), i.e. EU28, North Africa, and Mediterranean Middle East.

The Meeting on Energy Efficiency in the Mediterranean meeting was co-organized by the European Commission, the UfM, the Maltese EU Presidency, and the Kingdom of Jordan.  Greenroofs and other forms of green infrastructure were presented by Knauf Insulation, a member of the greenroof industry, showing they are important elements to provide advanced energy efficiency in buildings.

“As roofs are the sites of the greatest heat loss in the winter and the hottest temperatures in the summer, green roofs help both – keep the cold out in the winter and reject heat to enter in the summer. They have many other energy benefits as well, amongst others they can dramatically reduce the roof temperatures (lower Urban Heat Island) which consequently leads to much more efficient air-conditioning and PV energy generation when AC units and/or Photo-Voltaic panels are put on the roof.

There are further benefits to be considered which go even beyond energy efficiency including noise reduction, improved storm water management and improved air quality in cities. We have invested major R&D resources in to our range of Urbanscape® Green Roof Systems in order to be able to measure all that and provide construction engineers, architects and urban planners with state of the art data and proof that Green Roofs matter. And they also look fantastic, too.” ~ Urbanscape Green Solutions

“It is great to work with Knauf Insulation. Along with other members of the European Alliance to Save Energy they have been at the forefront of our campaign for energy efficiency in Europe since the creation of the Alliance back in 2010. They are an excellent example of why green business is good for Europe, for European citizens but most importantly for the future of our planet.” ~ Urbanscape Green Solutions

Knauf Insulation provided their view on future energy efficient buildings, pointing out specifically green urban infrastructure as a driver of the energy efficiency in buildings and big cities. While greenroofs in particular received positive feedback, they feel a stronger global alliance and presence on the legislation map is needed.

Maltese Presidency of the Council of the EU

Continued success to all of the climate change and green professionals in Malta and the MENA (Middle East North Africa) region!

Register now and join us online for our 2017 Virtual Summit through December, 2017!

Green Roofs
Green Roofs Can Have Enormous Benefits to the Economy