The combination of greenroofs and solar – or “biosolar” – technologies is an exciting, intelligent, and beautifully pragmatic way to enhance green infrastructure, so don’t miss watching “Biosolar Roofs” by Nathalie Baumann and Dusty Gedge from our Greenroofs & Walls of the World Virtual Summit 2015 ~ Connecting the Planet with Living Architecture: People, Projects & Design above or on our VS2015 Virtual Summit 2015 playlist on our GreenroofsTV channel on YouTube. 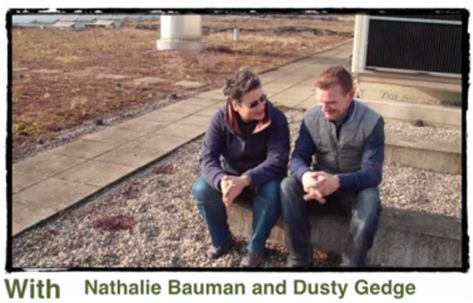 Dusty Gedge and Nathalie Baumann are two of the hardest working/researching living roof proponents on the planet, and have been promoting the industry tirelessly for about 20 years or so!  We’ve had the pleasure of their company numerous times and have seen many projects in Basel and London with them both.  Dusty provided an awesome Closing Keynote Address for our 2013 Virtual Summit, see his Reflections of a Green Roof Campaigner video.  And both biodiversity champions participated in our inaugural Virtual Summit 2011; watch the Panel Session “Biodiversity and Greenroofs” with Christine Thuring as Moderator along with Gary Grant, Dusty Gedge, and Nathalie Baumann.  Dusty has also written numerous articles here on Greenroofs.com, and always has something to say!

In their Virtual Summit 2015 video they talk about the Biosolar Roof Project, a Leonardo Transfer of Innovation project that spearheaded a series of pilot training projects in partner countries.  The project aims to link the SMART CITES agenda with the Green infrastructure and Ecosystem Services approach to cities.  Filmed in the UK and Switzerland in April, 2015 with both colleagues, their video presentation celebrates the work of an EU funded project called Up on the Roof.

You will see how the biosolar roof agenda weaves architects, ecologists, and engineers together and how we can successfully combine and link the production of renewable energy (high tech) and the delivery of biodiversity with greenroofs (low tech). 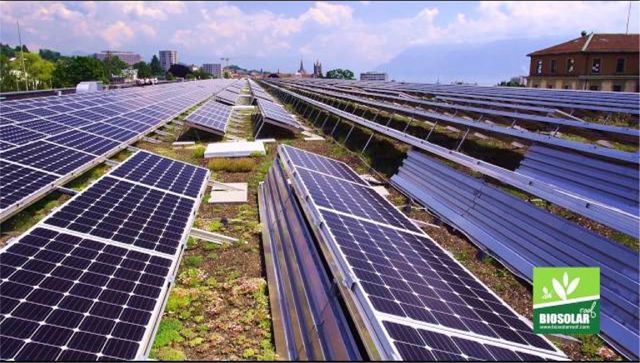 Basel, Switzerland. Nathalie Baumann, MSc, (BioGeograph/Social Anthropologist) is a Research Associate at Zurich University of Applied Sciences (ZHAW), Life Sciences and Facility Management in Wädenswil. She is a research fellow / research associate with her research field in urban greening and urban ecology; Nathalie is a member of research groups on urban ecology, institute environment, and natural resources.

She accomplished her Master’s of Sciences degree at the University of Basel, Switzerland. Afterwards she worked on different projects of NGO’s like WWF Switzerland in the context of River Ecology, Biodiversity Assessment, Urban Ecology and Ecology of ground nesting birds.

She has become a leader with the EU and is creating a greater European cooperation within the green roof research world. A member of the collective UG LAB, Nathalie shares her deep knowledge skillfully by teaching many courses, lecturing internationally, on going research projects and video conferencing. 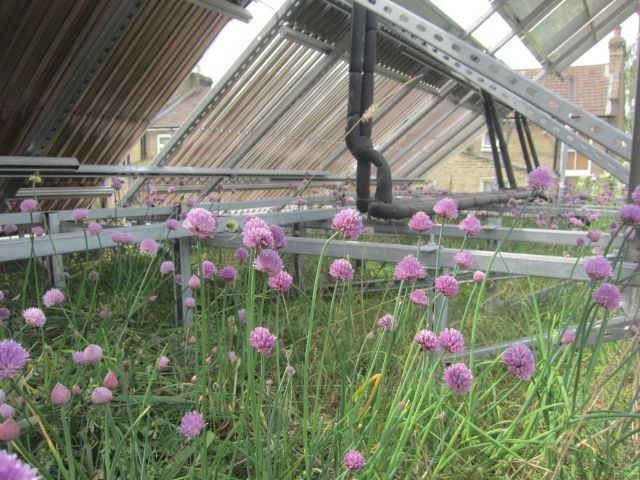 London, UK. Dusty Gedge is a green roof campaigner and designer, who has actively promoted green roofs in the UK since 1997. He has designed a number of seminal roofs and helped develop the London Green Roof Policy. He is also the current President of the European Federation of Green Roof Associations (EFB), and sits on the EU’s working group for the green Infrastructure and ecosystem services policy. His work in Europe over the last few years working on a Pan-European green roof course and he is currently advising on a project on green roofs, pollinators and solar power – Biosolar Roofs.

Dusty also joined his colleague John Little also from the UK to talk about “Small Scale Green Roofs” which will be released at a later date.

Read about “Biosolar Roofs” by Nathalie Baumann and Dusty Gedge video’s 5 Key Learning Objectives which I identified for participants of the Virtual Summit 2015.