If you want to learn about the trials and tribulations of designing, constructing, and promoting greenroofs in the province of Alberta, Canada, you cannot miss the “Greening Rooftops in Alberta: People, Place + Projects” by Kerry Ross, GRP from our Greenroofs & Walls of the World Virtual Summit 2015 ~ Connecting the Planet with Living Architecture: People, Projects & Design above or on our VS2015 Virtual Summit 2015 playlist on our GreenroofsTV channel on YouTube. 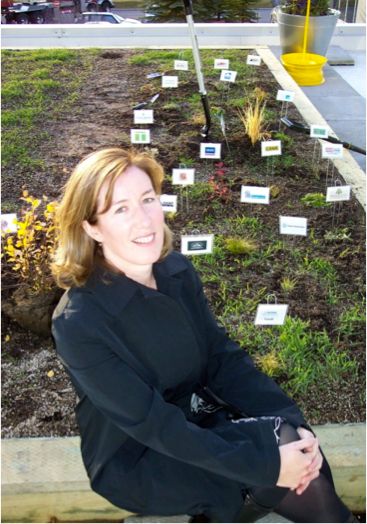 Kerry’s design/build company has been specializing in vegetated roofs and sustainable building design in Alberta for about 15 years now and we simply adore and respect her and her work!  A tireless advocate for greenroof awareness and education, and a true local champion, in 2009 she was recognized by Green Roofs for Healthy Cities with their Individual Civic Award of Excellence. 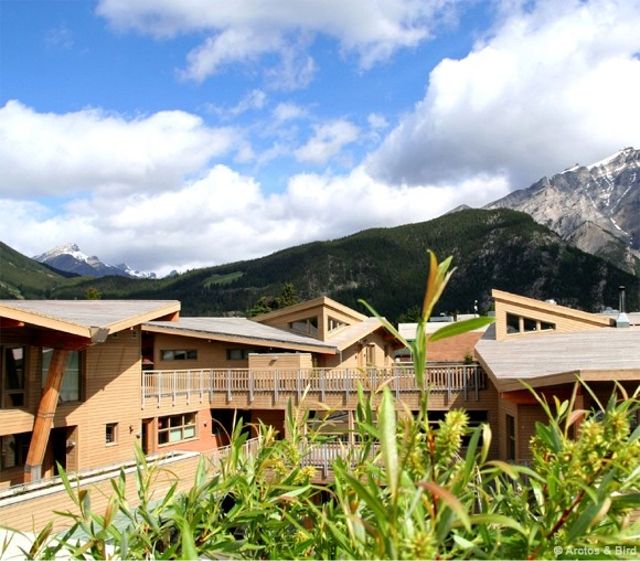 Alberta, Canada. As one of the first Green Roof Professionals, Kerry Ross operates Green T Design, Inc. a design-build company focused on lessening impacts of buildings on the environment through the continuum of landscape and architecture – green roofs and living walls.

In her efforts to bring greater awareness of the benefits and viability of green roof technology in the region, she co-founded the Alberta Ecoroof Initiative in 2004 and spearheaded the Alberta Prairie Green Roof Symposium in 2009. With the support of the Royal Architectural Institute of Canada and a subsequent Canada Council Award, Kerry traveled extensively to Iceland, Scandinavia and Northern Europe to study and document cold-climate green roofs and living walls. Kerry currently leads the Vegetated Roof Replacement & Research Project on Calgary’s Municipal Hall and in addition to contributing a number of articles on green roofing is engaged in the development of guidelines for green roofs for stormwater management for the City of Calgary.

Read about “Greening Rooftops in Alberta: People, Place + Projects” by Kerry Ross video’s 5 Key Learning Objectives which I identified for participants of the Virtual Summit 2015. 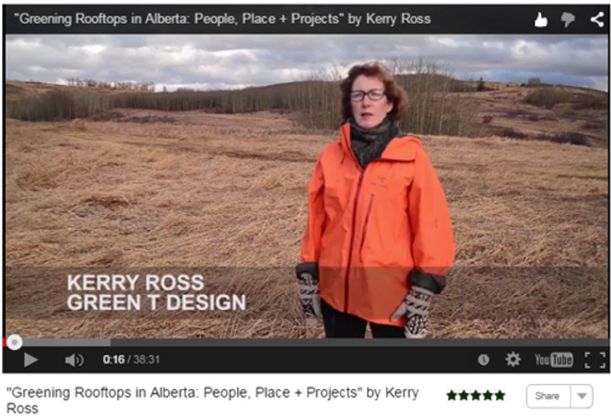