Today we have the pleasure to air the Panel Session “Theory & Field Studies: An Interview with Dr. Ian Balcom from Lyndon State College of Vermont & Dr. Robert Cameron from Penn State – Phytoremediation Chapter 2” with Patrick Carey. 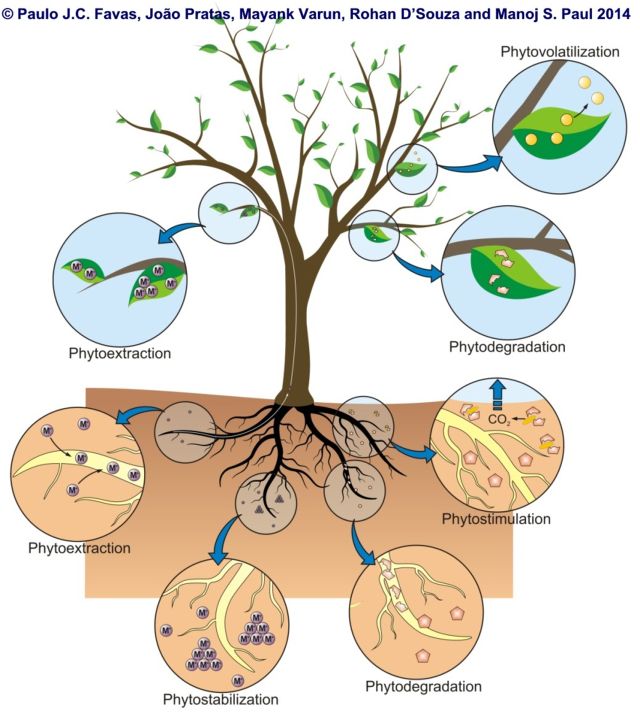 “What do we do with this stuff after it has reached saturation with sequestered pollutants?” Burn it? A linked question is “How long before this stuff will become saturated with pollutants?” These are simple questions with complex answers. 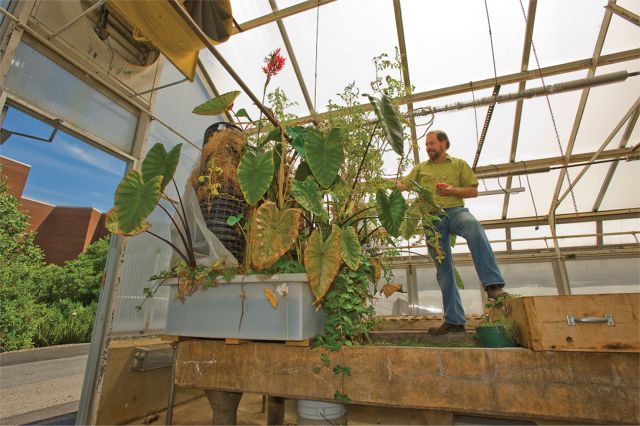 The panel will draw connections between the broad field of phytotechnologies to structure integrated applications and discuss critical areas of current and future research including specific compounds’ end fate in integrated biofilters and how non-traditional pollutants could well determine how many cycles and what uses reclaimed wastewater can do.

Do not miss this second highly expert panel on the extremely important and interesting subject of phytoremediation and how greenroofs and greenwalls contribute!

“Lyndonville, VT, USA. Dr. Ian Balcom is Assistant Professor, Environmental Toxicology and Chemistry, Department of Natural Sciences at Lyndon State College and contributor with the International Journal of Phytoremediation. His central passion is the design and utilization of multifunctional landscape systems for environmental management. This interest emerged from a childhood observing the Green Mountains of Vermont change with the seasons (all four) and witnessing the ecosystem functions of each season ebb and flow.

Later Ian began, what has proven to be a life long interest, to work in the horticultural fields as a landscaper, nursery salesman, climbing arborist, urban arborist, and city office horticulturalist (plant waterer in NYC). The observations and questions that emerged from these hands-on experiences lead me to study Botany at the University of Vermont, where he stumbled upon the emerging field of phytoremediation. He pursued graduate research on this subject and was awarded a PhD from the University of California at Riverside Environmental Toxicology Program for research on the microbial ecology of plant root surfaces in polluted soils. His professional life began with a spate of positions at various state governmental agencies across the country. At the State of Vermont Department of Agriculture, Ian managed the State’s high value agricultural soil impact mitigation program, at the Oregon Department of Environmental Quality, he managed environmental cleanup projects and conducted site investigations of abandoned/orphaned Brownfields, at Cal/EPA Department of Toxic Substance Control, he analyzed ecological risk associated with Superfund and Brownfield cleanup projects. Currently, Ian teaches environmental chemistry and toxicology and research multifunctional landscape systems at Lyndon State College of Vermont.

University Park, PA, USA. Dr. Robert “Bob” Cameron spent more than two decades directing the global environmental programs of a Fortune 30 multi-national conglomerate. In the late ‘70s in collaboration with NASA, he designed, permitted, and constructed the first constructed wetlands to treat wastewater from the natural gas industry. Working on every continent except Antarctica, Bob designed award winning environmental programs based on sustainability concepts. Later as president of his own corporation, he de-engineered historic buildings destined for the wrecking ball, which he then relocated and reconstructed with green architectural features.

Pursuing a life-long goal, he recently earned his doctorate from Penn State University at the Center for Green Roof Research. His thesis entailed the invention and construction of a functional architectural system to attenuate wastewater pollutants while reducing a building’s energy use and providing a platform for urban agriculture. Currently, Bob teaches collegiate courses and conducts research on greenroofs, livings walls, and constructed wetlands while also managing Eco Applied Technologies, a consulting firm for commercial, residential, and industrial applications. See the 2:45 video of his early work at Penn State “Robert Cameron investigates biofilters to clean dirty water.”

Seattle, WA, USA. Patrick Carey, GRP, has a degree in architecture and is principal of Hadj Design. Since 2000, Hadj Design has evolved from a design-build green roof and living wall to a research and design organization. Patrick has designed, installed, or consulted on over 100 green roofs to date. This work ranges from residential to commercial and institutional, various geometries and global climate regions, and with various performance characteristics such as storm water, food production, healing garden, habitat support, public art, and phytoremediation. As such, he has been an activist in forming or aiding in the formation of grass roots green roof groups. His academic background is in philosophy, architecture, and botany/horticulture. Of people, Patrick states, “Abandon your need to know who he is and judge for yourself the truth of his words. It doesn’t matter if he is a bum in the park or the Pope. Think for yourself and don’t relax your critical faculties in the presence of self-inflating hype.”

Patrick is a trainer with Green Roofs for Healthy Cities where he facilitates the Green Roof 101, 201, 301, & 401 Courses and has also taught at the University of Washington, Washington State University, and has initiated green roof courses at South Seattle Community College, and Edmonds Community College in Washington State. Patrick is also a contributing editor on Greenroofs.com; he is the Architecture Editor (2005). He writes an occasional architectural column entitled “A View from the Sky Trenches,” where he selects and discusses pertinent greenroof industry topics.

See Patrick’s February, 2013 “A Guide to Phytoremediation: A Symbiotic Relationship with Plants, Water & Living Architecture” article on Greenroofs.com. He is the Moderator for both the “Environmental Healing through Phytoremediation – Chapter One” Panel and the “Theory & Field Studies: An Interview with Ian Balcom, Editor for the International Journal of Phytoremediation & Dr. Robert Cameron from Penn State – Chapter 2″ Panel Session.” ~ VS2013

Watch the Panel Session “Theory & Field Studies: An Interview with Dr. Ian Balcom from Lyndon State College of Vermont & Dr. Robert Cameron from Penn State – Phytoremediation Chapter 2” with Patrick Carey below or see it specifically on its own channel, the Greenroofs & Walls of the World™ Virtual Summit 2013: