Emilio Ambasz, considered the father, poet and prophet of Green Architecture, will be exhibiting in the second section of the Italian Pavilion at the 17th International Venice Biennale of Architecture, curated by Alessandro Melis.

Venice, Italy – (May 25, 2021) – The Italian Pavilion will take an in-depth look at the pressing theme of climate change and its related challenges, where the contribution of architecture is considered a sine qua non. It will put forward new ideas and suggestions, provide food for thought, and reveal the results of years of interdisciplinary research spent listening to and trying to understand – on the outer limits of error-prone mainstream architecture – the “background noise and flapping butterfly wings,” in the words of Alessandro Melis.

One of the exhibition’s invitees – with a large area dedicated to him – is the multi-talented inventor Emilio Ambasz, the creator of projects across the globe that have become benchmarks and inspiration for modern-day green architecture. Emilio Ambasz says: “Every building is an intrusion into the plant kingdom and is a challenge to nature: we must devise architecture that stands as the embodiment of a reconciliatory pact between nature and construction, designing buildings so intrinsically connected to their surroundings that they are unable to disentangle themselves from each other.” 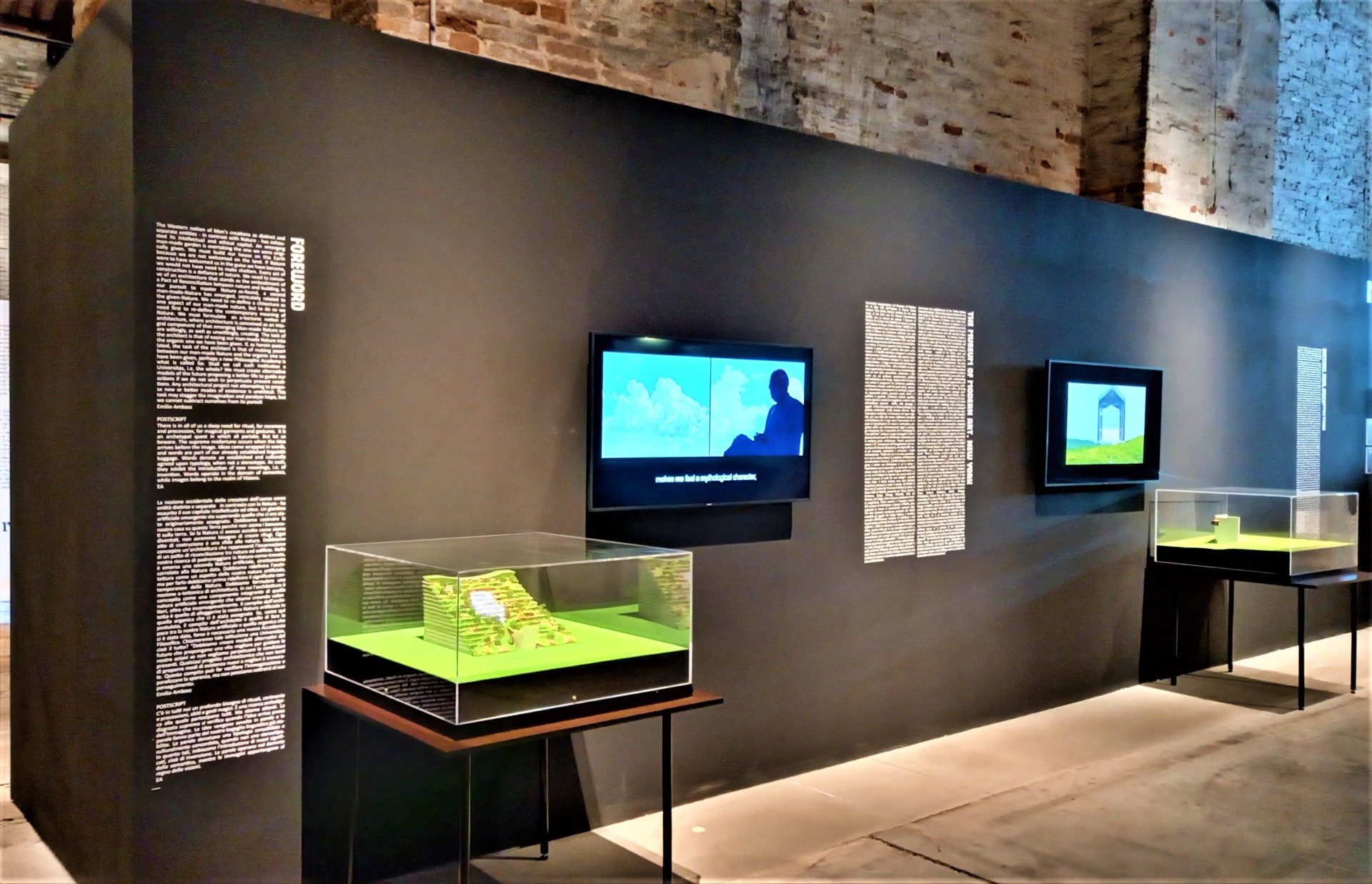 Using multimedia resources, the Pavilion will pay tribute to the Argentinian maestro via films, signs, panels and models of two iconic creations from Ambasz’s huge output, two works that, decades later, are and will be at the heart of the debate on poetics and the discipline of design: the Casa de Retiro Espiritual – an incredible, dreamlike reference to the primordial notion of home, and the ACROS centre in Fukuoka, one of the most innovative, spectacular and well-known green buildings in the world, whose 25th anniversary celebrations were broadcast around the world at the end of 2020.

“Every building is an intrusion into the plant kingdom and is a challenge to nature: we must devise architecture that stands as the embodiment of a reconciliatory pact between nature and construction, designing buildings so intrinsically connected to their surroundings that they are unable to disentangle themselves from each other.”
Emilio Ambasz

Melis explains, “Emilio Ambasz’s presence in the pavilion is essential for at least three reasons: his pioneering research, his focus on radical architecture, and the international significance of his visions”. According to the Pavilion’s curator, it is Ambasz’s experiments that inspired the green architecture that is now so revered, but that has never shown enough gratitude to the maestro. And, again in the words of Melis, his “are experiments that are no less sophisticated than current ones: they are works that are already complete and conclusive, and already include contemporary elements. This is not a pioneering value, it is an absolute value.”

Another absolute value is the legacy stemming from two of Ambasz’s experiences – the famous exhibition Italy: The New Domestic Landscape (which brought Italian design to the attention of the whole world) and his having shined a spotlight on radical movements and new utopias to call into question current paradigms – two significant elements for this celebration. Not to mention his role as a paradigmatic figure, inspirer and fundamental bridge for architects from all over the world.

Ambasz’s message brings together “technology and primitivism” (Terence Riley, former head of the department of Architecture and Design – MoMA, NY), and “he creates sophisticated heavens on earth” (A. Mendini); Emilio Ambasz “has taught us to see a dimension in which nature and architecture are inseparable, a realm that goes from nature created by God to one forged by man” (Tadao Ando).

Against this backdrop, the Pavilion will be providing further visibility to the announcement by MoMA of New York of the establishment of the ‘Emilio Ambasz Research Institute‘ (EA/RI) for the joint study of a new architecture that will reconcile Nature with the artificial environment. It will be based in the MoMA Department of Architecture and Design and will further develop and enrich the global debate about the urgent need for an ecological recalibration. 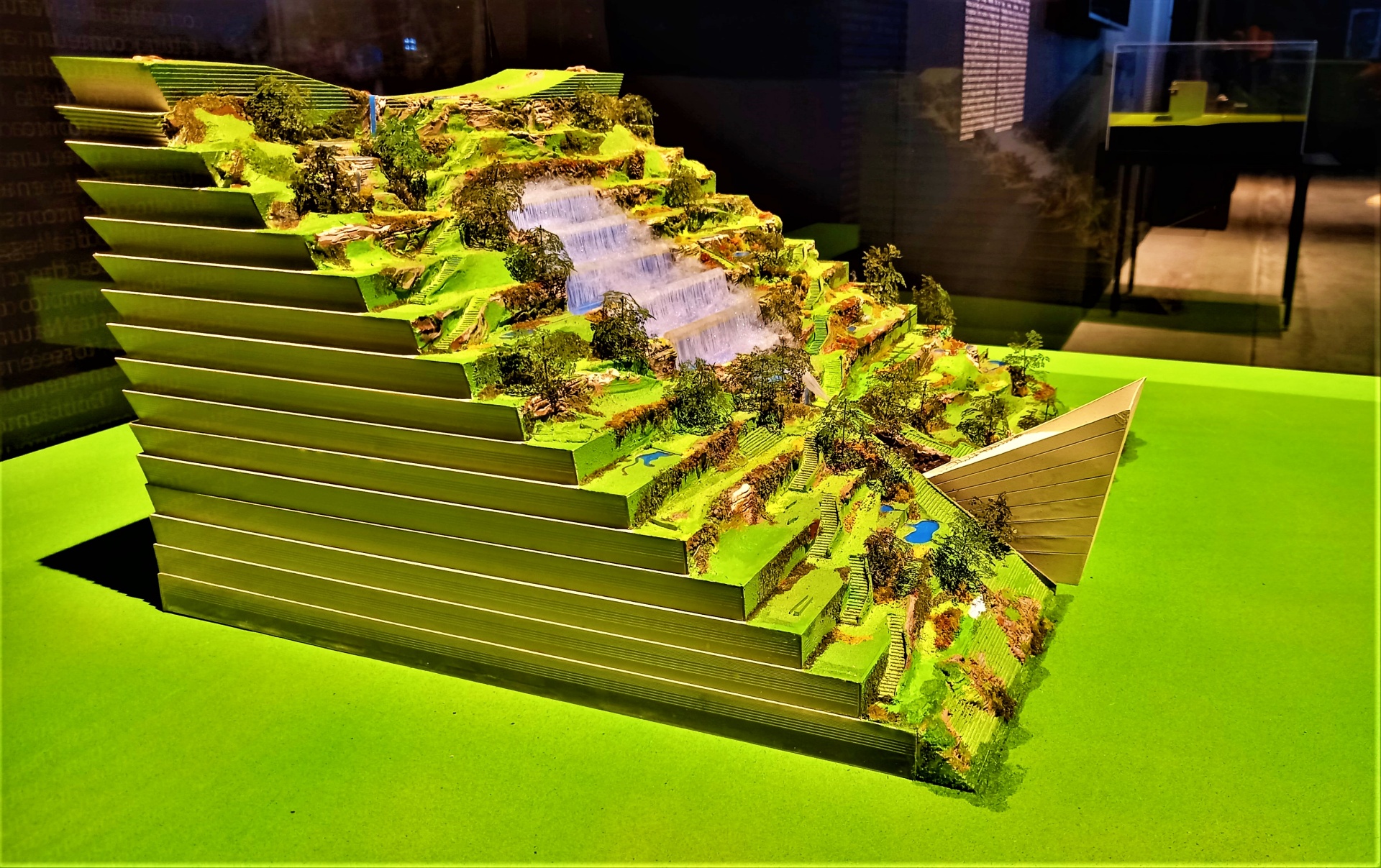 Ambasz continues with his poetic research where the natural and the artificial blend and become one: “it is an ethical obligation to demonstrate that another future is possible. We need to affirm another model of life in order to change the route of the present […] The Western notion of man’s creations as distinct and separate entities – contrasting with Nature – has exhausted its intellectual and ethical capital.” 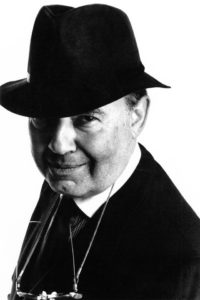 Just as his buildings can be found all over the world, so his design objects have brought Ambasz into homes, offices and streets on every continent. Ambasz is the owner of more than 220 industrial and mechanical patents and has received an impressive number of awards from across the globe (most recently, the Compasso d’Oro ADI – his 4th, for his international career, in September 2020).

Formerly curator of Architecture and Design at MoMA, where he organized the hugely successful exhibition Italy: The New Domestic Landscape (1972), he is an honorary member of the American Institute of Architects and the Royal Institute of British Architects.

He was named “Commander of the Order of the Star of Italy” in 2014.

Read more: The Italian Pavilion at the Venice Biennale of Architecture Celebrates the Maestro Emilio Ambasz