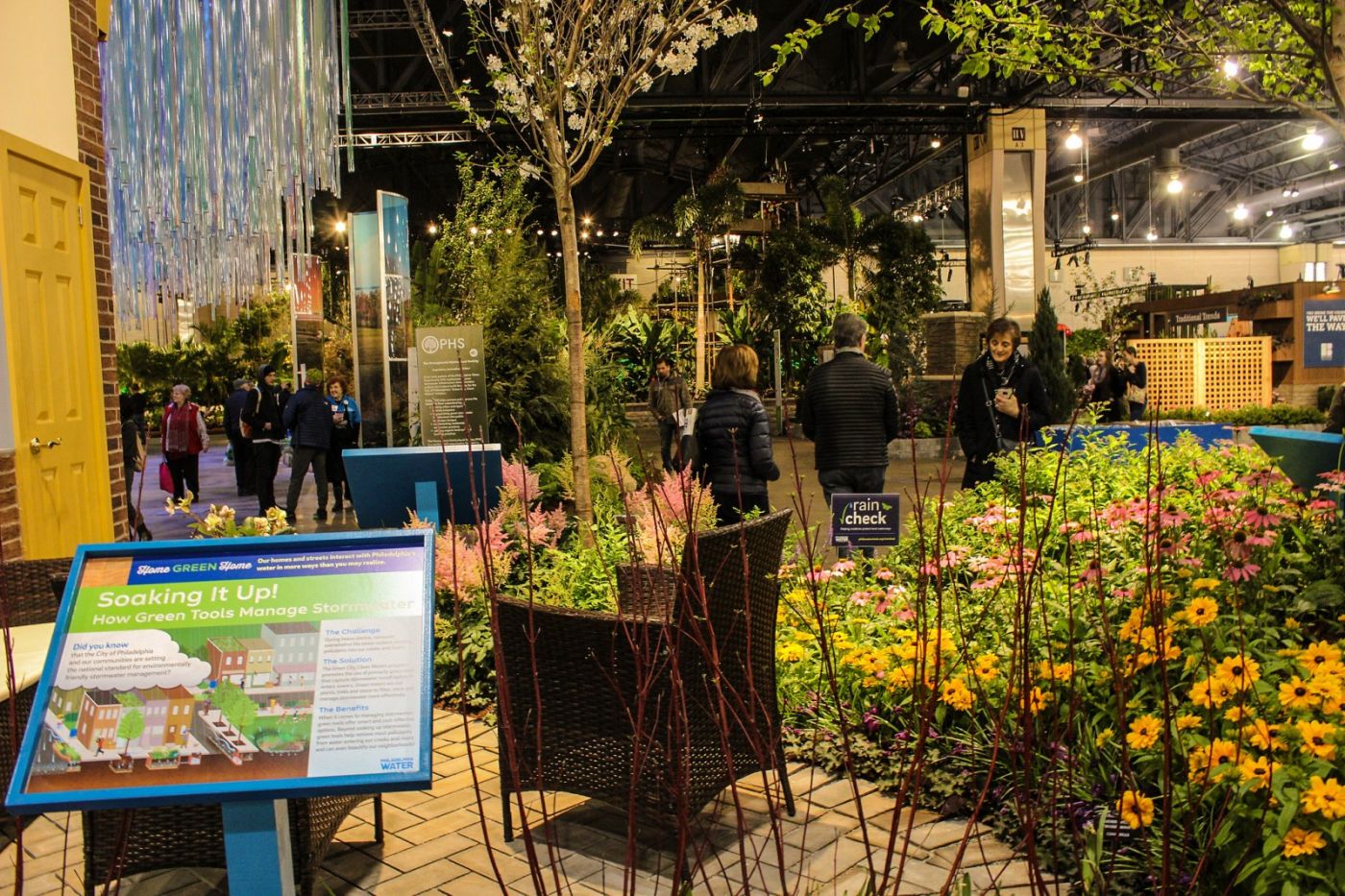 James A. Anderson of NEXT CITY writes:

Digging into the successes and stumbles of Philly’s ambitious 25-year stormwater mitigation plan.

The tax incentives and grant funding are all connected to an ambitious 25-year project that the Philadelphia Water Department (PWD) and the city of Philadelphia set into motion seven years ago called Green City, Clean Waters (GCCW).

By the plan’s culmination, in 2036, the goal is to spend $2.4 billion (in 2036 dollars) on steering 85 percent of stormwater out of its sewer system to improve the quality of the rivers, streams and creeks that make up its local watershed. The result would bring Philadelphia in compliance with the Environmental Protection Agency’s Clean Water Act.

The Sustainable Business Network (SBN), an organization that acts as something of a chamber of commerce for green companies in Philadelphia, published a 2015 report in an effort to track the economic activity triggered by Green City, Clean Waters at the five-year anniversary of the program’s start. SBN’s analysis calculated the overall impact to be revenues of about $60 million a year, 430 local jobs created and close to $1 million generated in local taxes.

A group within SBN, the Green Stormwater Infrastructure (GSI) Partners, reported close to 14 percent revenue growth, to $17.8 million in 2014. Based on the water utility’s expenditures projection of $1.2 billion (in 2009 dollars) over the life of Green City, Clean Waters, the SBN thinks predictions of a total economic impact of $3.1 billion are conservative. The same goes for the accompanying figures of 1,000 jobs created and $2 million in local tax revenues generated every year during the life of the project. 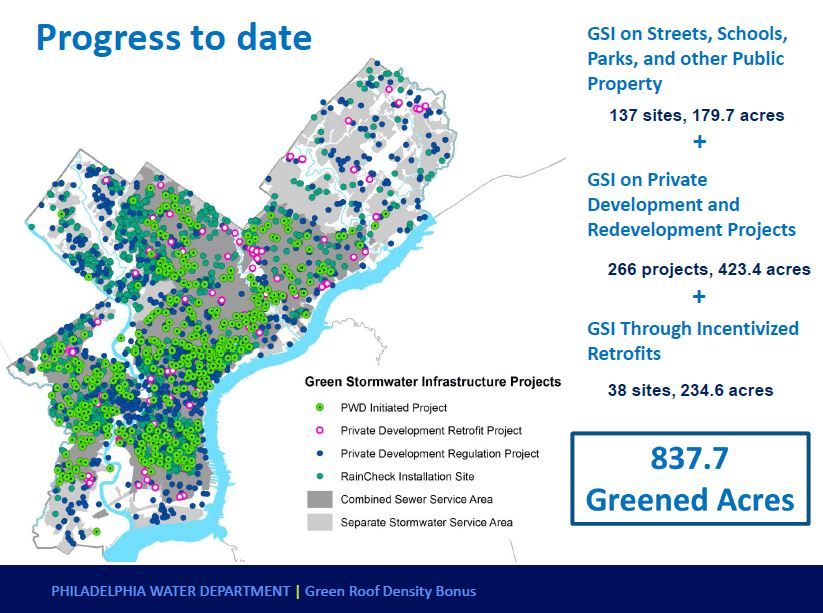 Success breeds mimicry, and Philadelphia’s ambitious stormwater plans have been embraced with open arms. The PWD is literally — and happily — overrun by delegations who come to tour Green Water sites, research policies and take notes. During the past year Singapore, Rotterdam and Hiroshima have sent representatives. In this country, groups from New York City, Newark, Cumberland, San Antonio, Washington State and Hawaii have arrived to give the works a closer look. 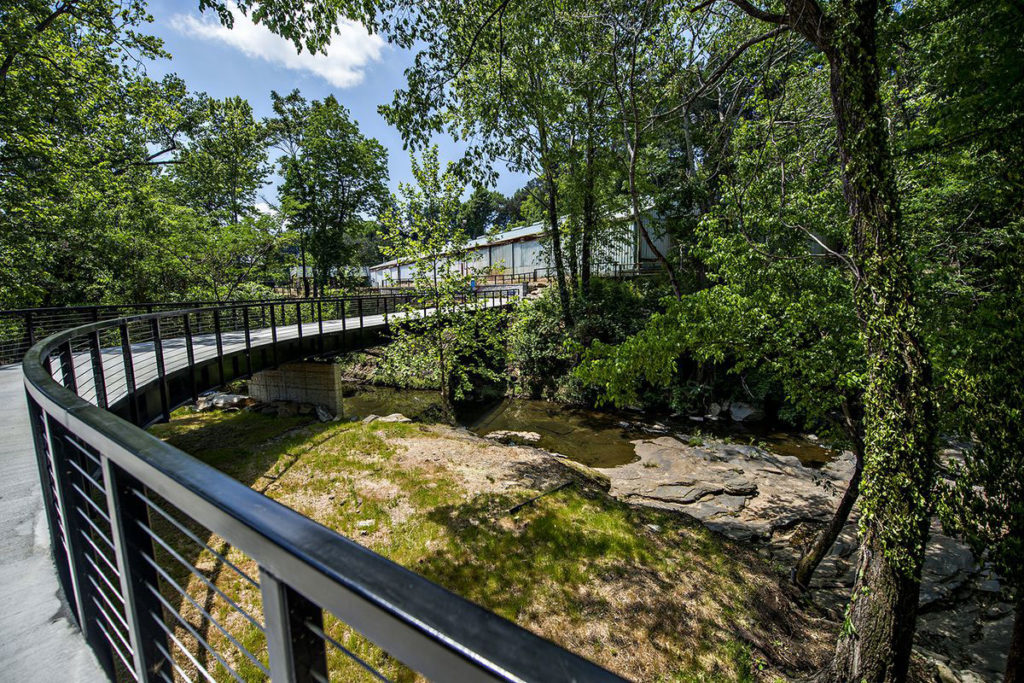 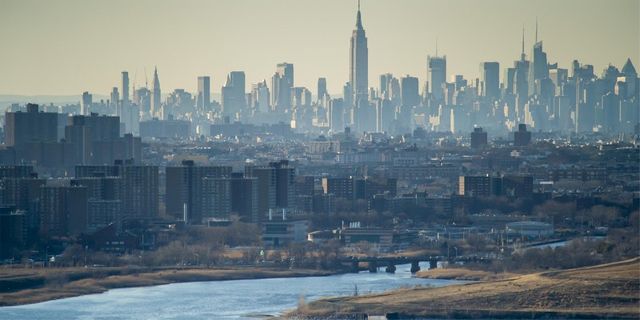