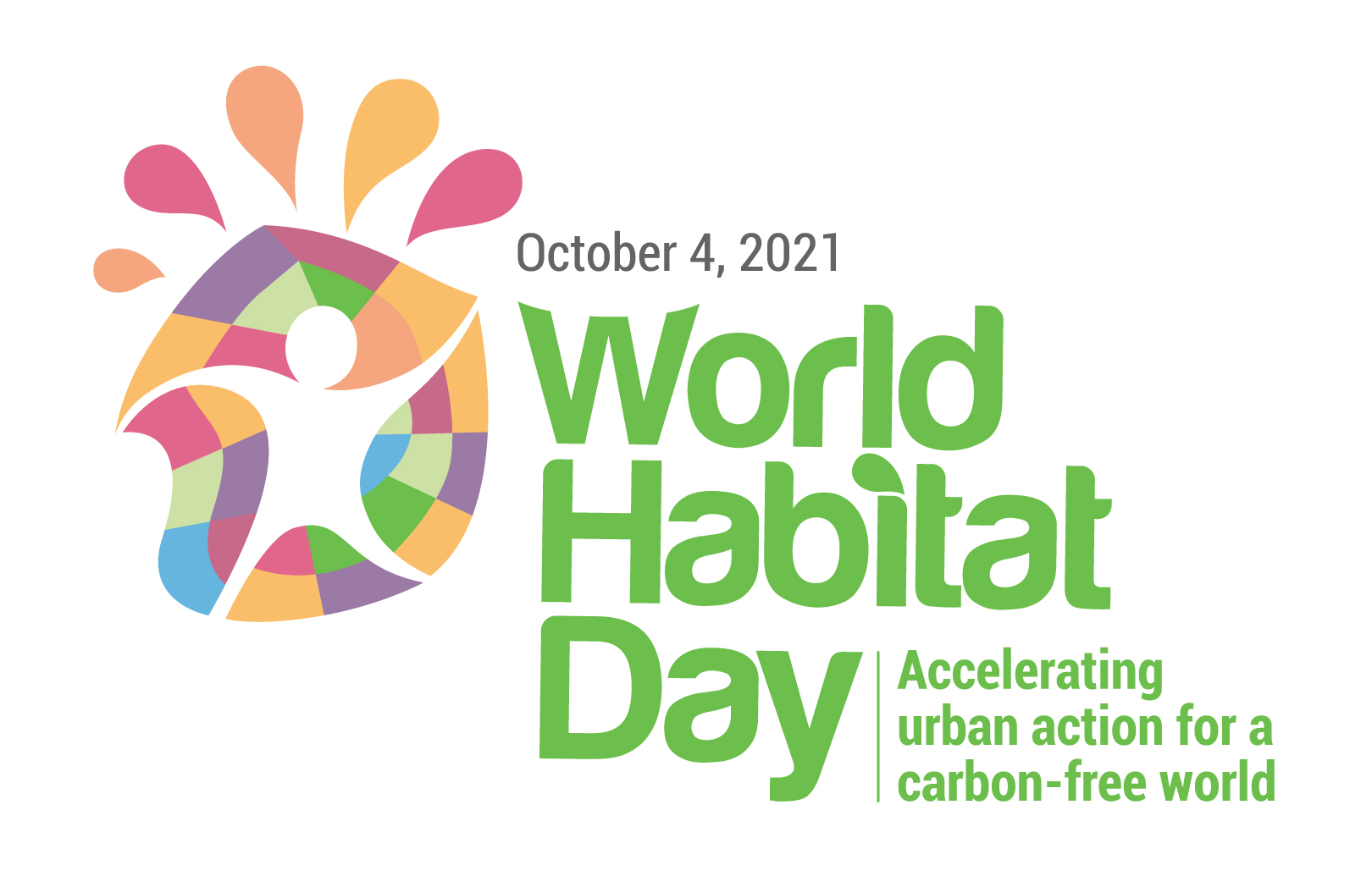 Every October, UN-Habitat and partners organize a month of activities, events and discussions on urban sustainability. This year, Urban October opens with World Habitat Day on 4 October.

The purpose of World Habitat Day is to reflect on the state of our towns and cities, and on the basic right of all to adequate shelter. It is also intended to remind the world that we all have the power and the responsibility to shape the future of our cities and towns. World Habitat Day was established in 1985 by the United Nations General Assembly through Resolution 40/202, and was first celebrated in 1986. It takes place on the first Monday of October.

The theme for this year’s World Habitat Day is Accelerating urban action for a carbon-free world. Cities are responsible for some 70 percent of global carbon dioxide emissions with transport, buildings, energy, and waste management accounting for the bulk of urban greenhouse gas emissions. The future of our planet depends on national, regional and local governments and organizations, communities, academic institutions, the private sector and all relevant stakeholders working together to create sustainable, carbon-neutral, inclusive cities and towns. World Habitat Day will amplify the global Race to Zero Campaign and UN-Habitat’s ClimateAction4Cities and encourage local governments to develop actionable zero-carbon plans in the run up to the international climate change summit COP26 in November.

World Habitat Day 2020 took place on 5 October 2020 with the theme Housing for All: A Better Urban Future. There were 69 events celebrated globally in 42 countries and 58 cities and the Global Observance was hosted by the city of Surabaya, Indonesia.