Today we have the pleasure to air the Individual Video “The Marina Bay Sands Integrated Resort” by Jaron Lubin, principal of Safdie Architects.  Aramis and I greatly enjoyed hearing him speak in Singapore about his company’s engagement with this awesome and amazing project back in November, 2010, when Jaron and I both spoke there at the International Skyrise Greenery Conference.  To say the Marina Bay Sands is a spectacular feat of engineering – not to mention gorgeous in every way, is simply an understatement!  We visited it as part of our tour and the views were spectacular – inside and out – on top, and all across Singapore. 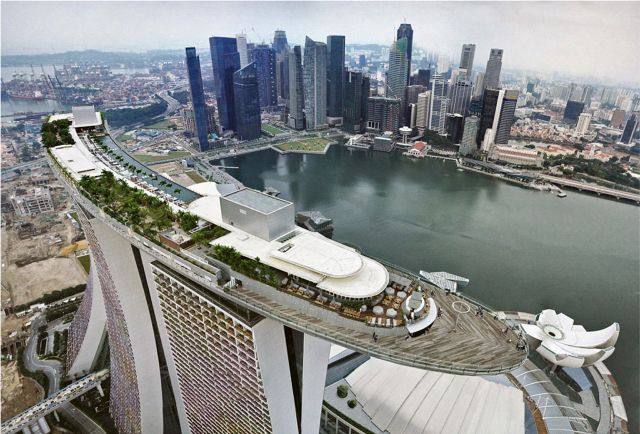 The world’s most expensive standalone casino hotel at a cost of $8 billion Singapore dollars, the Marina Bay Sands Integrated Resort measures 650 ft high with 55 floors. Crowning the amazing structure is the magnificent SkyPark, a 12,400 m2 greenroof that cantilevers 67 meters over the edge which includes gardens, restaurants and bars, and a 50-meter infinity edge swimming pool. 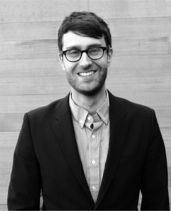 “Somerville, MA, USA. Jaron Lubin joined Safdie Architects in 2004, and became Principal in 2012.  (As of early 2013) He is currently developing a proposal for the national Arts Museum of Beijing, as well as serving as project designer for a new condominium complex in Bashan, Singapore.  Previously, he led the competition-winning design effort for the Marina Bay Sands project, and then relocated to Singapore to oversee the work there, most notable as resident design architect for the SkyPark.

Marina Bay Sands is a world-class luxury casino and hotel in Singapore capped by the 340m-long greenroofed SkyPark with a capacity of 3,900 people and a 150m infinity swimming pool.  Set on top of the world’s largest public cantilevered platform, it overhangs the north tower by 67m.” ~ VS2013

Watch the “The Marina Bay Sands Integrated Resort” by Jaron Lubin below or see it specifically on its own channel, the Greenroofs & Walls of the World™ Virtual Summit 2013: 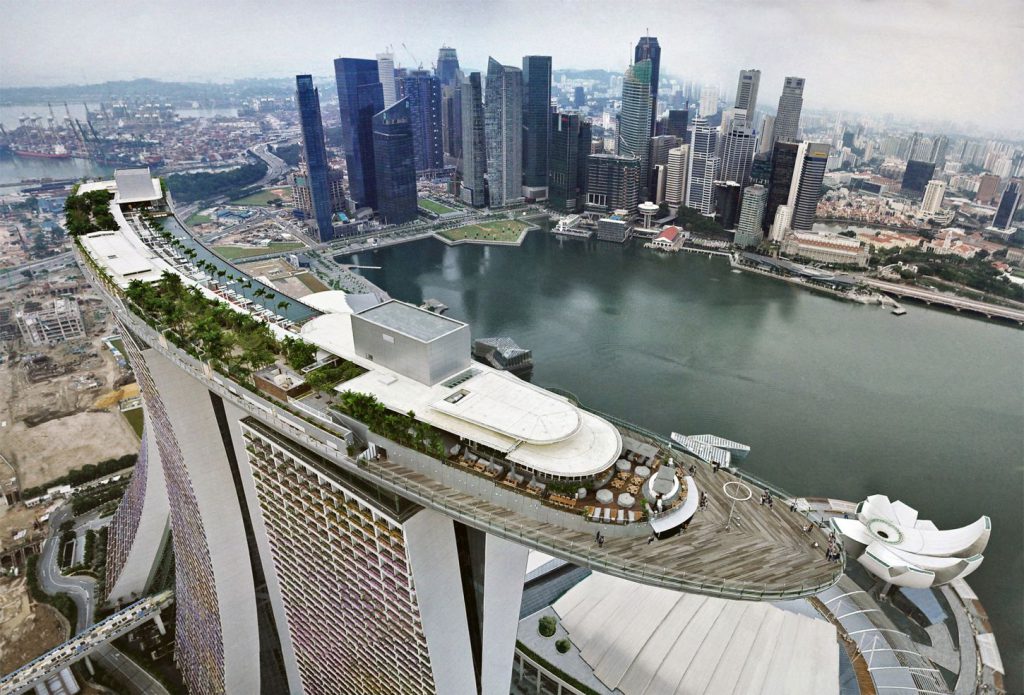