Today we have the pleasure to air my own pre-summit interview with Patrick Blanc followed by his excerpted video presentation of “The Vertical Garden – from Nature to Cities” from our inaugural  2011 Greenroofs & Walls of the World™ Virtual Summit on greenroofs.tv and our GreenroofsTV channel on YouTube.

The ever-popular and elusive Patrick Blanc has been an inspiration for thousands of botanists, designers, and lovers of lush, tropical-looking living walls alike.

Aramis and I first met him in lovely Singapore in November, 2010 when I spoke at the  International Skyrise Greenery Conference and we were thrilled when we were able to set up this interview in Chicago for our 2011 Virtual Summit.  I flew up there last September with Caroline Menetre and my  son,  Joey Velazquez (known for his  photography and  film work – he’s also the director/videographer for the  Sky Gardens – Greenroofs of the World™  videos), who filmed the interview segment.

We had a great time with Patrick, who’s very warm and inviting.  You can read more about our visit at Notre Voyage Fantastique: Chicago & Patrick Blanc, by Caroline Menetre and me.

Patrick Blanc, PhD is the creator of the Vertical Garden (Le Mur Végétal)  hydroponic living wall system and is a botanist at the French National Centre for Scientific Research, where he specializes in plants from subtropical forests.  Since 1982, he has studied the many ways plants adapt to extreme conditions.  Patrick has received numerous awards and worked with Jean Nouvel, Andree Putman, Frances Soler, Edouard Francois, Jaqueline et Henri Boiffils, Herzog et de Meuron, Mark Newson, Saguez et Partners, and many others.  Patrick is the author of The Vertical Garden: From Nature to the City, 2008, and the upcoming revised edition coming in April of this year.

In his The Vertical Garden – from Nature to Cities Patrick explains that “Since more than half the human population is now living in cities, the faÃ§ades of the high rise building must be seen as a valuable place for bringing back the nature into the cities.

“For each new single project, I have answered with new shapes and new plant species.  The Vertical Garden is no longer a vertical panel; it is now possible to freely create it on various structures like columns, spirals, slopes or even vegetal ceilings.”

I’m sure you’ll enjoy our interview with Patrick Blanc which  precedes his awesome video presentation which  was filmed previously in front of a live audience.  We talk about many subjects including how he chooses his plants, his travels across the world in search of new ones, current projects, and plans for the future.  Learn all about Patrick’s work at his website, Vertical Garden Patrick Blanc.

Enjoy!  Visit greenroofs.tv to see “The Vertical Garden – from Nature to Cities: An Interview with Patrick Blanc” or click below: 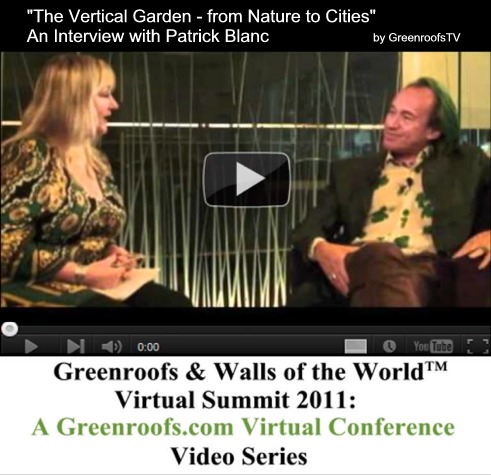 Check back next week on GreenroofsTV for our 11th installment from the Greenroofs & Walls of the World™ Virtual Summit 2011! 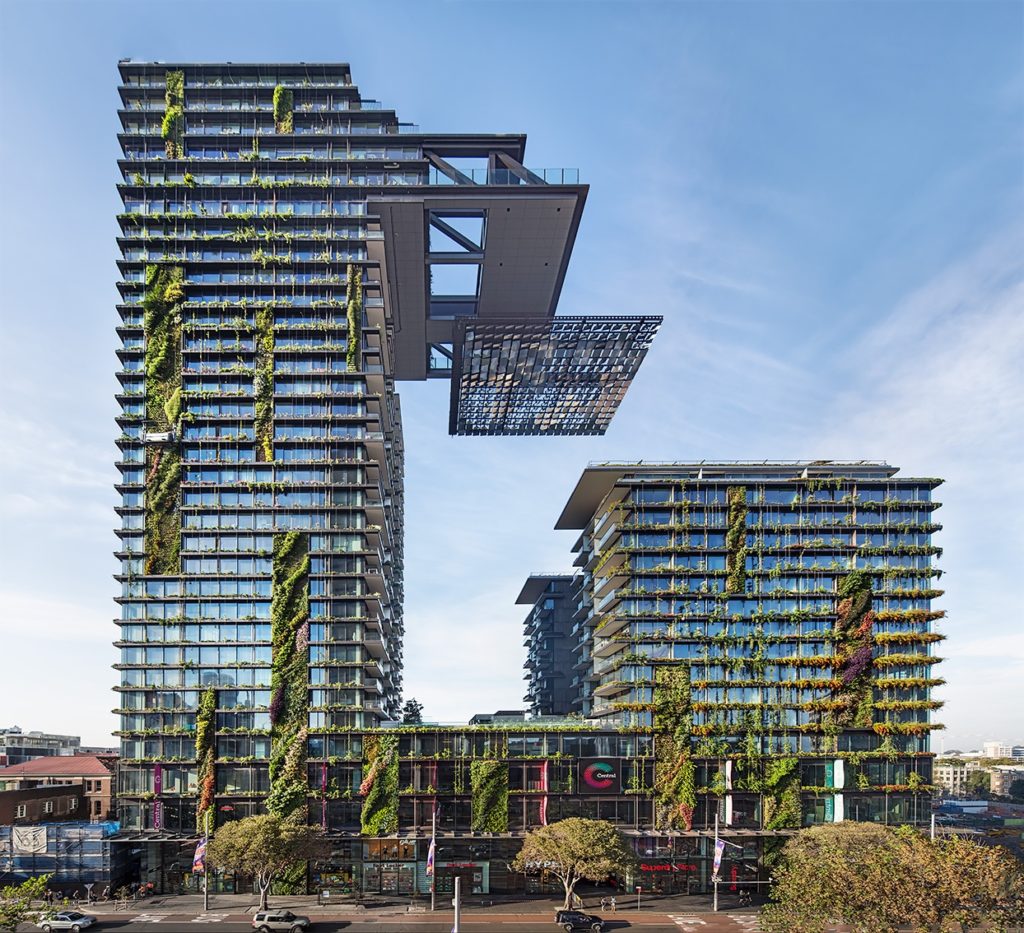 Featured Projects
Project of the Week for December 12, 2016: One Central Park