What is that?   Earth Hour is  a movement sponsored by the international conservation organization WWF to bring attention to energy waste and global warming.   Since its inception three years ago, Earth Hour’s non-partisan approach has captured the world’s imagination and became a global phenomenon.   Nearly one billion people turned out for Earth Hour 2009 – involving 4,100 cities in 87 countries on seven continents.

Aramis and  I  here at Greenroofs.com have been observing Earth Hour since 2008 when we had a lovely dinner and played cards by candlelight.   We also blacked out a portion of our Home Page to commemorate the event.   We’ve now gotten our grown kids and their friends to join in! 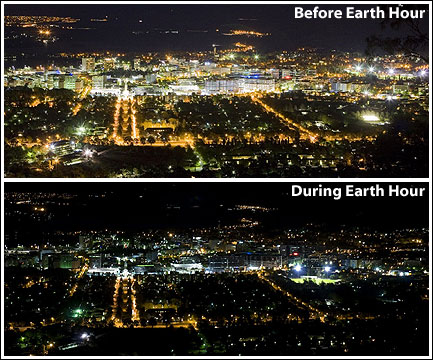 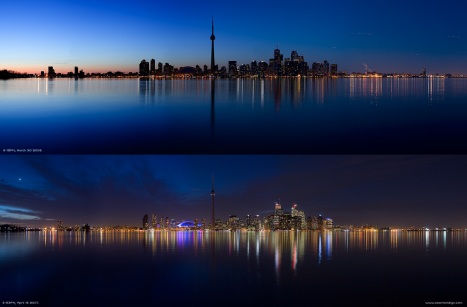 Is Earth Hour the answer to our rampant energy consumption and dependency on oil?   No, of course not.    The website states:

“On Earth Hour hundreds of millions of people around the world will come together to call for action on climate change by doing something quite simple””turning off their lights for one hour. The movement symbolizes that by working together, each of us can make a positive impact in this fight, protecting our future and that of future generations.”

At best it  serves as a call to action and commitment to cleaner air, evolving into a more enlightened society, finding alternative ways to power our planet.   At least it can serve us to becoming  more aware of our actions, one hour at a time.