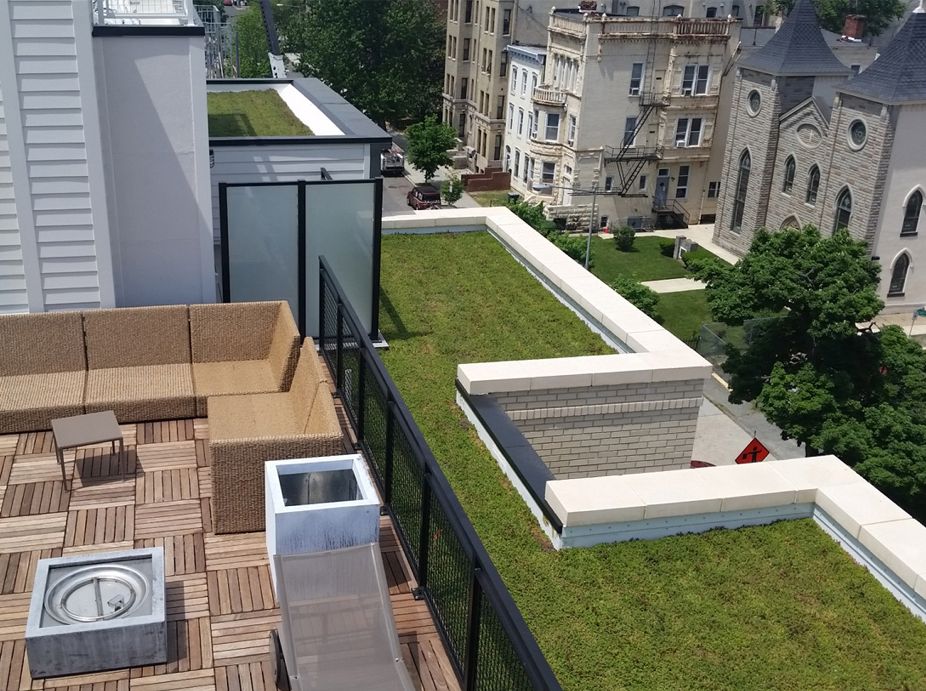 The Colonel is located at 1250 9th ST NW, Washington D.C. 20001; visit their website. See the project profile from LiveRoof.

Learn about LiveRoof in The Greenroof & Greenwall Directory.

“Named after the American Civil War Colonel, Robert Gould Shaw, who commanded the first African American regiment in the US Army in 1863 and is the namesake of the Shaw neighborhood, The Colonel is meant to honor the significance of the unit’s contributions to our nation. The original structure dates back to the turn of the century, though the renovations are forward thinking, like the building’s namesake. Residents will appreciate the style and surroundings, the attention to detail, and the way in which the building commands a presence in this unique DC neighborhood,” (The Colonel).

Developed by a joint venture of CAS Riegler, CityInterests, and Douglas Development Corp. with leasing and management by Oculus Realty, The Colonel is a 70-unit apartment and mixed-use development at Ninth and N streets NW in Washington, D.C. And, The Colonel boasts a 4,000 square foot living roof from LiveRoof which is visible to the general public, as well as apartment residents, retail shoppers, and restaurant patrons.

The Colonel is a 64,500 square foot, urban in-fill, mixed-use development project located in the heart of Washington, DC’s rapidly expanding 9th Street Corridor surrounded by three of the city’s largest developments. The project contains a total of 70 residential units and approximately 8,200 square feet of ground floor retail one block away from the Mount Vernon/7th Street Convention Center Metro station. The development consists of four levels of residential plus a penthouse level with separate townhomes and the ground level retail can accommodate two full- service restaurants.

The District of Columbia has policies that encourage installation of vegetative roofs due to their ability to retain stormwater and restore nature to the built environment. As an alternative to reducing the building’s footprint, owners and developers can attain credit toward on-site stormwater management and green space requirements by installing their rooftops.

“We are proud to be supplying this rooftop garden on The Colonel project,” said Riverbend CEO Jim Snyder. “Last fall, we custom-planted modules a blend of drought-tolerant succulents, including sedum varieties like Red Ice, Dragon’s Blood, Cherry Blast and Coral Carpet. Now when we install the LiveRoof system, they will be fully mature for an instant garden with minimal maintenance.”

The Colonel lies at the Southwest corner of 9th and N Streets, NW in the Shaw neighborhood at the convergence of Mount Vernon and Gallery Place. The site is partially occupied by a three-story building constructed in the 1920’s. It is considered to be a contributing historic structure and will therefore be incorporated into the design of the new development.