The United Nations Biodiversity Conference, referred to as COP15, starts this week in Montreal, with governments from around the world coming together to agree, amongst other things, on a new set of goals and targets that will guide global action on nature through 2030.

While it sounds similar to COP27, the recent UN Climate Conference held in Sharm El-Sheikh, the two meetings focus on different but related issues. COP27 addressed action under the UN Framework Convention on Climate Change to reduce greenhouse gas emissions and to adapt to these changes. COP15 focuses on the living world through the Convention on Biological Diversity (CBD) a treaty adopted for the conservation and sustainable use of biological diversity and related issues.

While the biodiversity COP – short for Conference of the Parties – takes place every two years, this year is particularly important as a new global biodiversity framework is set to be adopted. The Post-2020 Global Biodiversity Framework will be the first global framework on biodiversity adopted since the Aichi Biodiversity Targets in 2010. 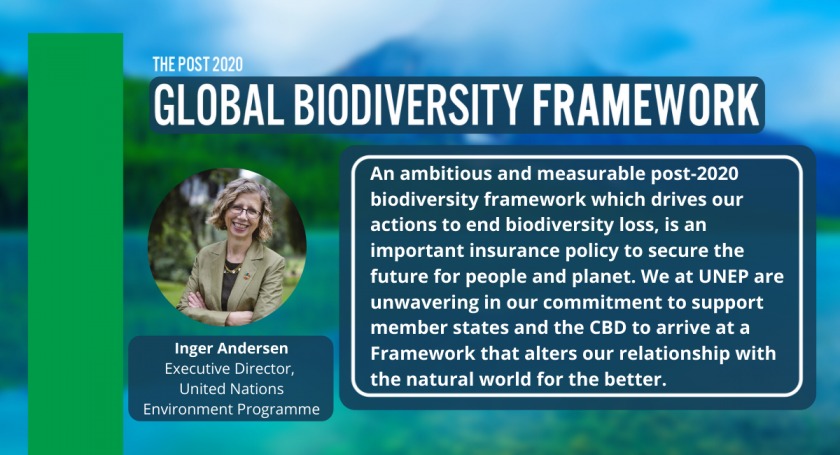 Why is this year’s conference so important?

Acting to address biodiversity loss has never been more urgent. The planet is experiencing a dangerous decline in nature as a result of human activity. It is experiencing its largest loss of life since the dinosaurs. One million plant and animal species are now threatened with extinction.

Humanity’s existence relies on having clean air, food and a habitable climate, all of which are regulated by the natural world. A healthy planet is also a precursor to resilient economies. More than half of global GDP – equal to $41.7 trillion – is reliant on healthy ecosystems.

Billions of people in developed and developing nations benefit daily from nature and the benefits it provides including food, energy, materials, medicine, recreation and many other vital contributions to human well-being.

Healthy ecosystems are also critical to meeting the Sustainable Development Goals and limiting global warming to 1.5°C, yet climate change is likely to become one of the biggest drivers of biodiversity loss by the end of the century.

COP15 aims to achieve an historic agreement to halt and reverse nature loss, on par with the 2015 Paris Climate Agreement. What is adopted in Montreal will essentially be a global blueprint to save the planet’s dwindling biodiversity.

What are the key issues?

Given the crucial role healthy ecosystems play in every aspect of humanity, it is vital that agreement is reached in Montreal and the decline in our natural world is halted.

Read more: What to expect at this year’s UN biodiversity conference: COP15

Green Infrastructure
Happy Holidays and a Look Ahead to 2023! + much more…

Guest Features
Global Biodiversity Ranked: Which Country Has the Most Flora and Fauna?