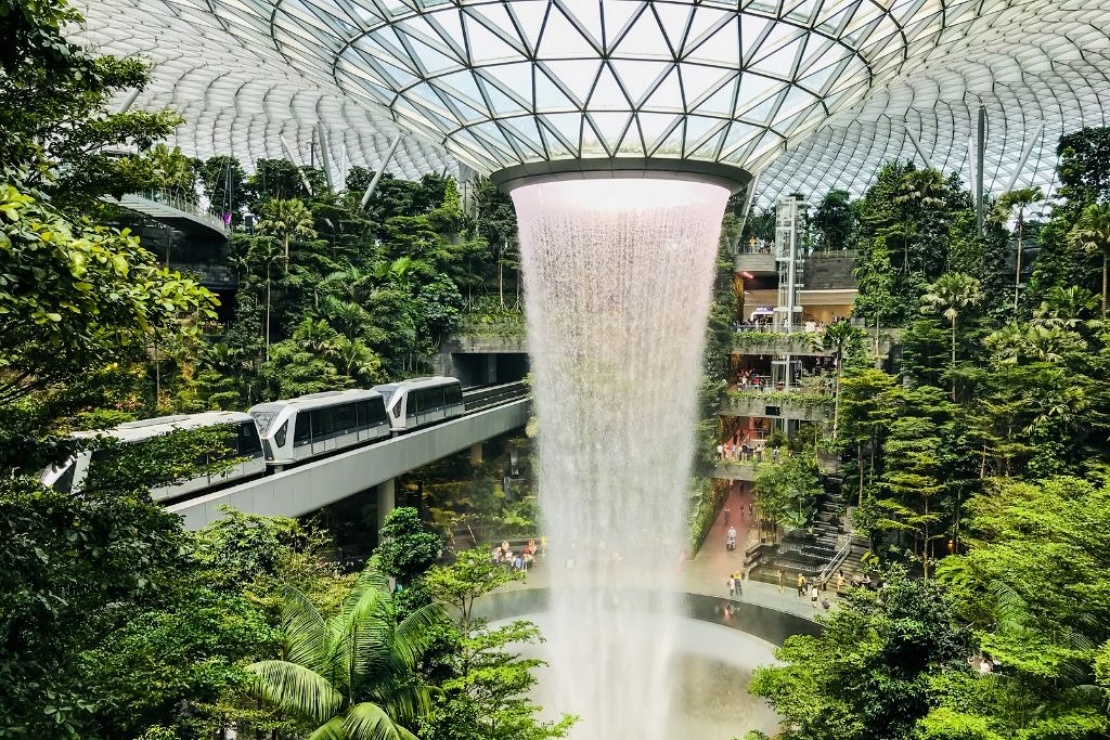 Biophilia design is a new but steadily growing phenomenon around the world. In Hong Kong, the concept is also gaining momentum, but many challenges persist in incorporating nature more fully into existing urban spaces. What lessons can Hong Kong take from other biophilic cities around the world such as Singapore to achieve its development goals such as improving public wellbeing and sustainable growth?

What is Biophilia Design?

The term “biophilia” was first used by German-born American psychoanalyst Erich Fromm in his 1973 book The Anatomy of Human Destructiveness. He defined biophilia as “the passionate love of life”. The term was later popularised by American biologist Edward O. Wilson, who expanded on the concept in his book Biophilia (published eleven years later). He suggested that biophilia was not simply an energised feeling toward “all that is alive” but also an “innate tendency [for humans] to focus on life and lifelike processes”. Wilson’s hypothesis is well evidenced today: regardless of cultural differences, humans around the world appear to all share a common affinity toward and affiliation with nature. We are connected to and dependent on nature, partly because we co-evolved with nature. 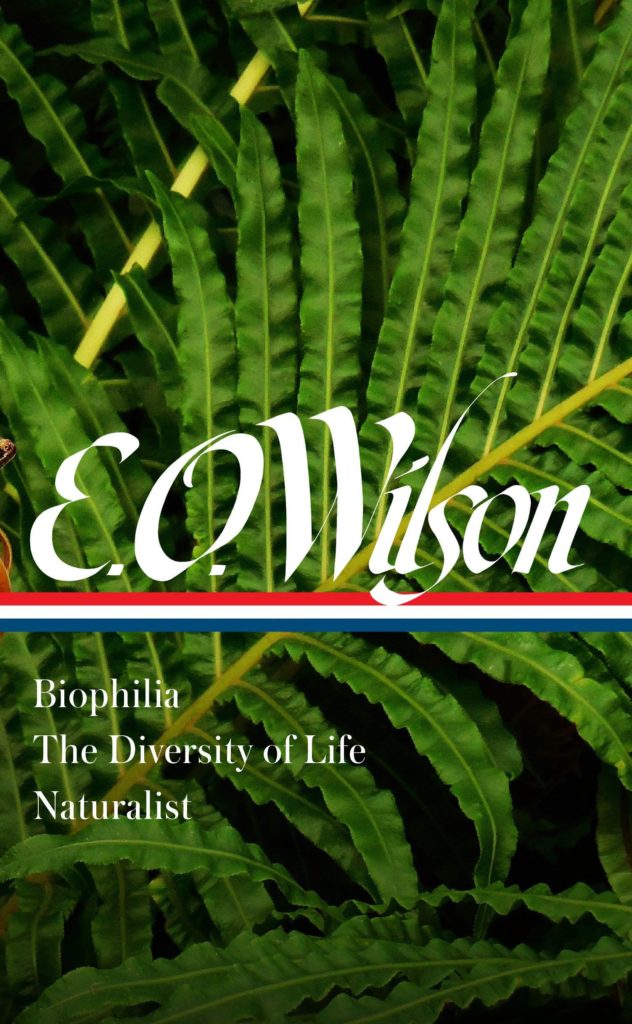 As the idea gained more traction with the increase in research showing how our bonds with nature have not disappeared despite our increasing dependence on technology, different sectors and industries have developed an interest in understanding its implications on society, particularly in the fields of urban planning, architecture and construction. What makes it so difficult (or in fact, impossible) for humans to divorce themselves from nature?

The Benefits of Biophilia Design on Urban Life

Incorporating biophilia into urban areas, or to put it simply, integrating natural elements into our built environments, can have massive health, environmental, economic and long-term developmental benefits for cities everywhere.

How does embedding nature into our everyday architecture enhance social wellbeing? According to numerous studies, exposure to biophilic urban spaces is extremely conducive to achieving good mental health. It promotes positive emotions and reduces negative emotions and enhances cognitive functioning. As a report by the World Health Organisation shows, they allow citizens to engage in a diverse range of physical activities without being exposed to air pollutants as well as promote social cohesion and opportunities for relaxation in highly stressful environments. Biophilia design can also be practised indoors. For example, having wood and plants in indoor spaces can improve air quality and ventilation, which are found to be key determinants of productivity in offices. They can improve attention, stress recovery and work performance and promote clarity in thought.

Biophilic environments also help save energy. For example, “green” or “living” walls on buildings (vertical structures that are intentionally covered by greenery) can be effective thermal and acoustic regulators. As a study has shown, living wall systems significantly reduce heat loss, meaning that less energy for heating is required to keep inhabitants warm during cold winters; yet at the same time, they are power shades against strong direct sunlight during hot summers and can undergo evapotranspiration, where evaporated water from the leaves help cool down the surrounding air, thereby lowering the overall temperature of buildings and reducing the need for air-conditioning. Plants are also better absorbants and reflectors of sound than most common building materials, meaning less distractions and disturbances and greater sound privacy can be experienced. 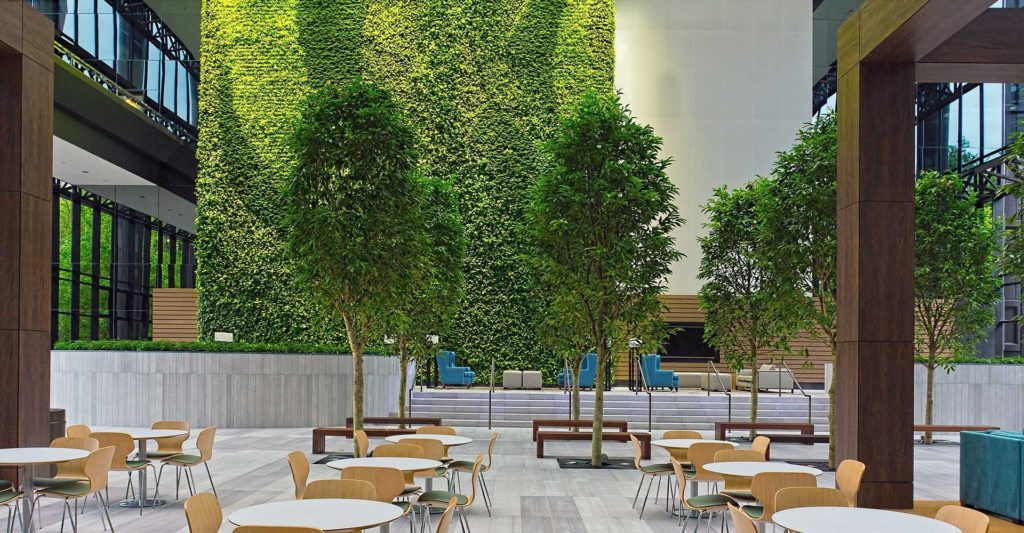 From an ecological standpoint, biophilic designs and urban environments have also been found to be crucial preservants of biodiversity. In many cities where biodiversity is in rapid decline, biophilic urban environments are an excellent way to promote human and animal wellbeing simultaneously. Biophilic urban environments such as biophilic streets (streets that foster our connection to the natural environment) not only improve the wellbeing of human inhabitants as we have seen earlier, but also “offer refuge to native biota by providing food, shelter, breeding sites, and ease of movement for wildlife” to help support “the development of a balanced ecosystem”.