Original article published by The Jornal de Noticias, Urbano by Zulay Costa and translated by the Portuguese National Association of Green Roof

There are millions of square meters of wasted walls and roofs that can be transformed in order to improve the performance of buildings and even help to produce food. The environment thanks you.

The idea of using creepers to cover walls is not new, but in recent decades, the tendency to use building surfaces to place plants has been developing all over the world and shows that there are many ways to make cities greener. There are vertical gardens that give life to walls, roofs, and other coverings (like underground garages on which vegetation is placed) where  green carpets are appearing.

This is a turning point, as currently “public policies as well as the private economy in the real estate sector are pulling green.” In European policies and the government program in Portugal, solutions based on nature, namely green roofs and vertical gardens, appear as part of the decarbonization strategy. And the intentions are translated into concrete measures. Through the Environmental Fund launched last year, Paulo Palha, president of the National Association Green Roofs (ANCV) and vice-president of the European Federation of Green Roofs (EFB) explains, these solutions may have “a co-participation rate of  70%, up to the limit of 3,000 euros.”

BENEFITS VARY FROM THE THERMAL AND ACOUSTICS IMPROVEMENTS OF THE BUILDING, WITH THE CONSEQUENTIAL REDUCTION OF COSTS, THE PROMOTIION OF BIODIVERSITY AND QUALITY OF THE ENVIRONMENT.

Some large cities have taken concrete steps for decades, with obligations in terms of construction and tax benefits. But soon “all cities in Europe will have to define their climate action plans,” integrating these opportunities, he says.

It is also with this concern that a year ago the ANCV launched a technical guide of good practices adapted to the current situation in Portugal, where principles are defined in terms of design, construction, and maintenance of green roofs. Paulo Palha hopes that the guide “will be placed in municipal and other regulations, so that there will be a document that guarantees good practices” and that the allocation of funds requires “some level of performance with green roofs” to make the most of the benefits.

And these are many, from the thermal and acoustic improvement of the building, with the consequent cost reduction, to the promotion of biodiversity and quality of the environment. But not only these. These coverings also help in retaining rainwater, alleviating problems of flooding and peaks of precipitation. They also improve the microclimate and reduce the heat island effect in cities. One vegetated surface alone has limited benefits, but if you increase the scale, with “a neighborhood or a city, we are already beginning to have results,” underlines Paulo Palha.

With the implementation of these solutions “we were able to reduce the urban areas, which is important in the context of climate change that we are experiencing, which results in an increase in temperature and heat waves,” explains Sandra Rafael, researcher at the University of Aveiro. The influence on air quality is not yet sufficiently studied, she said.

Cristina Matos Silva, professor at the Instituto Superior Técnico of the University of Lisbon and vice-president of ANCV, says that “the market has been growing.” Not only is there more knowledge and solutions available, but architects and engineers “are increasingly aware of these possibilities.” Potential clients, whether they are owners of hotels, hospitals, bars, or private individuals who want to build a house, “are increasingly demanding green living architecture.” A study, which will soon be made known, concluded that “these spaces value real estate, especially after confinement,” adds Cristina Matos. 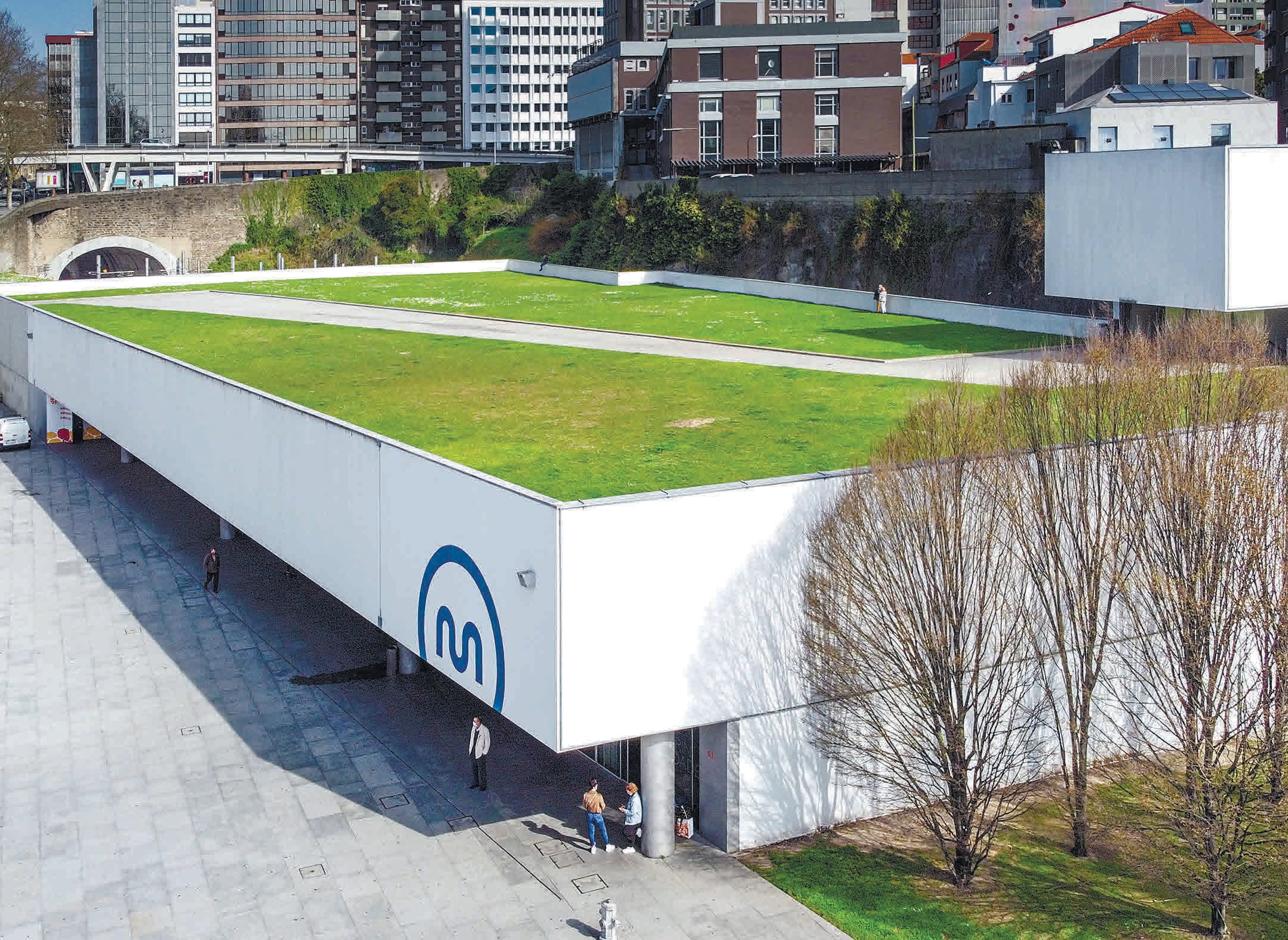 Station Trindade, from the Metro of Porto, is a good example of taking advantage of a roof.

PORTO WAS A PIONEER

The Emporium building, on Rua de Sá da Bandeira in Porto, is an excellent example pointed out by Paulo Palha. The property developer built 800 square meters of green roof over a garage, making a garden in an area of the city where there was nothing. “It was a resounding sales success,” he explains.

Through the Quinto Elevation project, also located in Porto, steps were taken in defining a model for integrating green roofs in the environmental strategy and urban planning of the city, explains the president of the ANCV. Specifically, this was “the first time that a city council officially expressed its willingness to include green cover in the legislation regarding city planning.”

The We Garden company moved into this area 10 years ago, because they realized that “it was a solution for the future in terms of eco-sustainability and that there would be a market if we looked to develop it,” explains Bernardo Patrocínio. People think green roofs are “an asset in environmental terms and an interesting aesthetic solution, which allows buildings to be valued more than concrete.”

The demand “is greater in the urban environment, but there are also innovative projects in rural areas or companies in industrial areas,” says Bernardo Patrocínio. The demand for roofs and roofs is greater than for live walls, he adds, because “a roof is a constructive solution, more structural, while a wall is more aesthetic.” 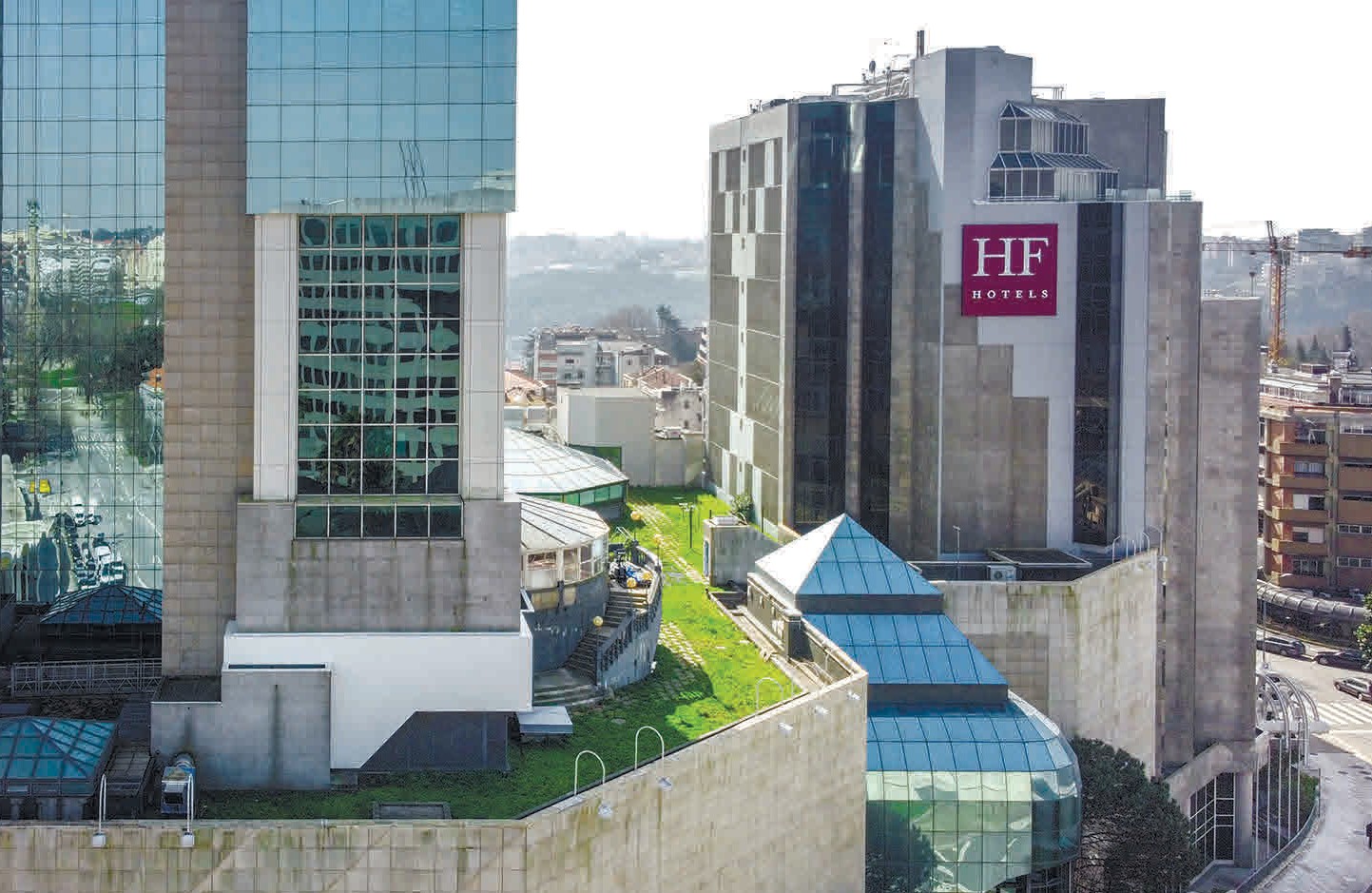 Green roof highlighted in the Shopping Cidade do Porto building.

And why not grow food on these surfaces? The solution does not lend itself easily to large-scale commercialization, due to the increased costs, but roofs and terraces, or even the interior walls next to windows, shelves and window sills, can be used to produce quality food on a small scale.

It is a “potential that can be exploited,” stresses Indira Andrade, from Ecocenter and Ingrow. Those looking for tailor-made solutions, especially with the use of hydroponics for dispensing with the need for land, are “young people who live in cities.” The choice falls mainly on “fast-cycle and micro-vegetable crops, leafy greens for salads, tomatoes, peppers, and cucumbers for salads.”

More examples around the world:

About the Portuguese National Association of Green Roof
ANCV (the Portuguese National Association of Green Roof) is a NGO-Non-Governmental Organization, which aims to promote green infrastructures in cities, especially those that can be installed in buildings (new or pre-existing) such as green roofs, highlighting their enormous importance, and the numerous contributions they can give to the possibility to create healthy, sustainable, biodiverse and resilient urban territories. In its mission, social bodies from different activities, it promotes collaboration between companies, municipalities and national and foreign research groups. https://www.greenroofs.pt/en/home

Guest Features
Minnesota and the Need for Green Infrastructure