Anuradha Varanasi of State of the Planet writes:

Scientists know that green infrastructure like parks and wetlands help to retain water in the soil and filter out pollutants from run-off. However, while reviewing the existing literature, a team of researchers at Columbia University observed that the added benefits of green infrastructure have not been as thoroughly studied. The team made an effort to fill this gap by delving deeper into the social, cultural, and environmental services of 14 kinds of green infrastructure, using New York City as a case study.

The research was published last week in the journal Ambio.

After compiling, calculating, and studying the academic experts’ assessments of these different types of green infrastructure and their multiple benefits, Orlove and his colleagues found that large green spaces like parks and wetlands have the most co-benefits.

Green roofs are also highly beneficial for creating awareness about the importance of smaller green spaces and can go a long way in boosting pollination. The study offers further insight that green roofs with a deeper depth of soil offer far more co-benefits than their shallower counterparts. 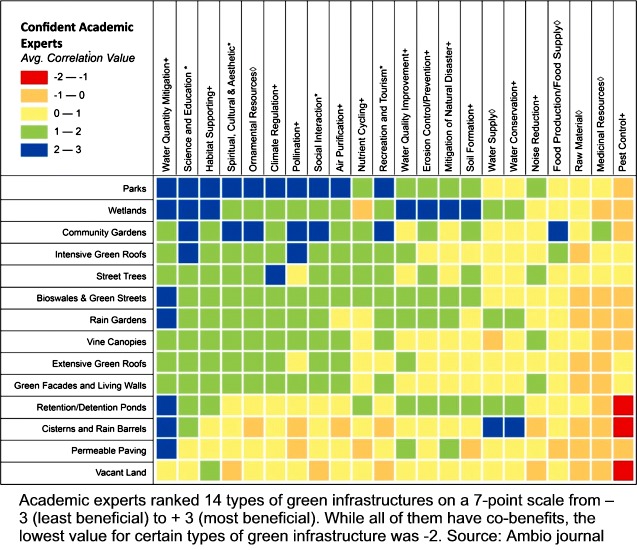 Read more: What Are the Hidden Co-Benefits of Green Infrastructure?