#TBT Throwback Thursday’s Feature is “Energy and Green Roofs: Beyond the Building”

“Energy and Green Roofs: Beyond the Building” is the follow up to Chris Wark’s 7-part Green Roof Energy Series which originally ran from April 5, 2010 through April 28, 2011.

Discussions of energy and green roofs are usually focused on the monthly or annual reductions in one’s utility bills, but that is only part of the picture. What about the energy required to get the green roof components on the roof in the first place?

In Part 6 of my series “Cooler Than Cool Roofs: How Heat Doesn’t Move Through a Green Roof” I mentioned that the energy associated with a green roof project involves more than the heat going in and out of a building. One of the comparisons I made of green roofs versus reflective “cool roofs” was that the energy associated with the manufacturing, delivery and installation – known as the “embodied energy” of a roofing system – is initially higher for green roofs, but ultimately lower than cool roofs over the life of the building. This is because a cool roof membrane must be replaced every 20 years or so while a green roof dramatically extends the life of a roof, possibly for the life of the building. 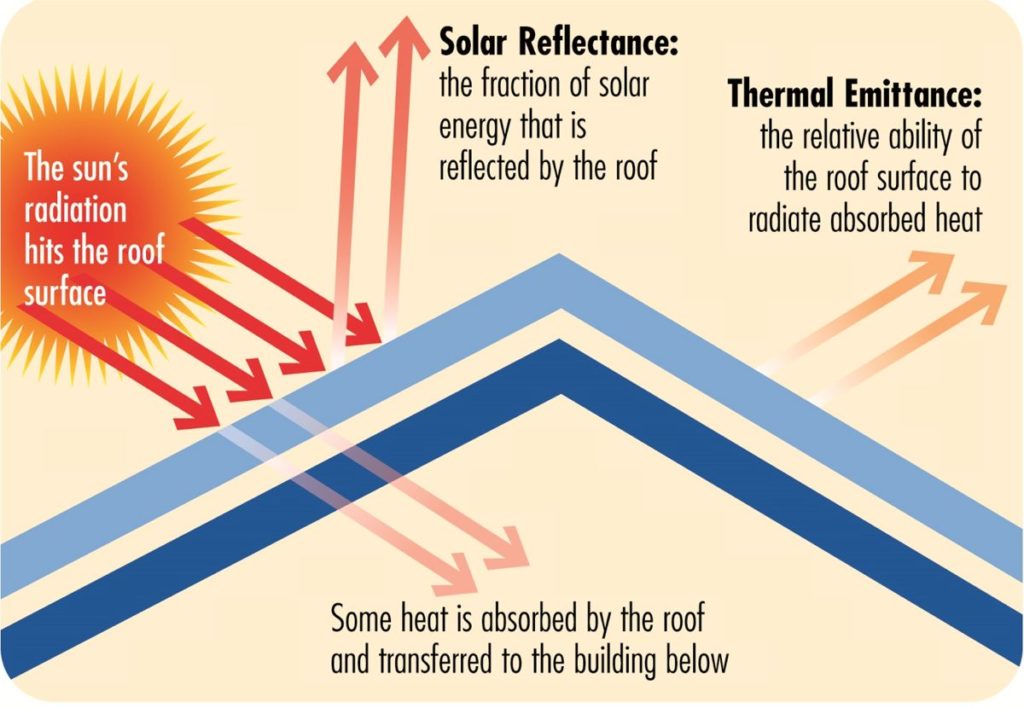 Just as embodied energy is expended separately from a building that is enjoying the benefits of being covered by thriving plants, the energy being consumed at that building site is typically generated at an equally remote source. Looking at the biggest picture of a green roof’s impact on the use of our planet’s energy resources, embodied energy and utility energy expended on its way to a building are two of the most significant factors and deserve some attention.

The following is a little explanation to help shed some light on the environmental impact of green roofs beyond the savings seen in a utility bill.

Embodied energy is a concept that has been around longer than scientists have been studying the environmental impact of products, including buildings. Since energy in all its forms has always had some financial cost associated with it, the idea of including fuel in the chain of costs required to produce and deliver a product is as old as economics itself.

In modern economic and environmental analysis, tracking every bit of energy from every conceivable source spent to create a green roof can be extremely complex. The array of methodologies is such that a Google search of “embodied energy” is like trying to find the definitive recipe for chili. Strictly speaking, to track ALL of the energy provided through modern technology, one could attempt some extreme analysis and get downright subatomic about the whole thing.

While hardly useful, it is not impossible to calculate an arcane data point like the energy consumed in the enrichment of the uranium needed for the fraction of nuclear energy used to manufacture the semiconductor material used for the computer chips that control the turn signals of the car driven by the green roof drain mat packaging supervisor to get to the assembly plant. On the other hand, reports that provide embodied energy values averaged over an entire category, such as “homes,” are too general to be of much use for a single, specific project.

Embodied energy in the world of green building commonly includes energy from creation to demolition to recycling into another building. This is known as “cradle-to-cradle” embodied energy. While energy associated with just the creation of a building is tricky enough to determine, cradle-to-cradle studies include estimations of the energy needed to demolish the given building and dispose of the waste, as well as accounting for the energy that can be saved by reusing or recycling much of the material. Keeping the potential for material recycling in mind when designing a building is wonderful, but from a standpoint of accurate energy accounting, it is purely speculative. 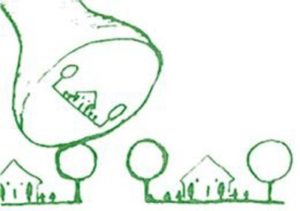 Illustration from Ravinia: Her Charms & Destiny via The GreenestBuilding.org

Somewhere in between a search for energy used by lithium mining accountants in Argentina and relying on generalized cradle-to-cradle estimates is found a more pragmatic framework for considering the embodied energy of a green roof. Realistically, the only energy that should be considered is that which is directly knowable – the energy that shows up in the utility bills of the businesses producing, delivering, and installing a product. In fact, it is little more than a basic set of information that building energy analysts enter into their models on a regular basis.

The energy used in the production or manufacturing areas of an industrial building is called process energy and this is also a commonly reported embodied energy. But we also want to include transportation energy, which is fairly easy to quantify, as is the installation energy needed to operate installation equipment. For our purposes they can be added to process energy to comprise what I propose to call project embodied energy.

As an example, let’s look at a 4-inch extensive green roof system with sedums, lightweight growth medium, incorporated containment/drain layer, and a water-proofing layer being installed on a big-box store in Chicago. In crude but realistic terms for purposes of this discussion, one square foot of our system is made up of 12 pounds of expanded clay with a little bit of compost mixed in, 6 ounces of molded polypropylene, 7 ounces of TPO sheet, and a plant or two. 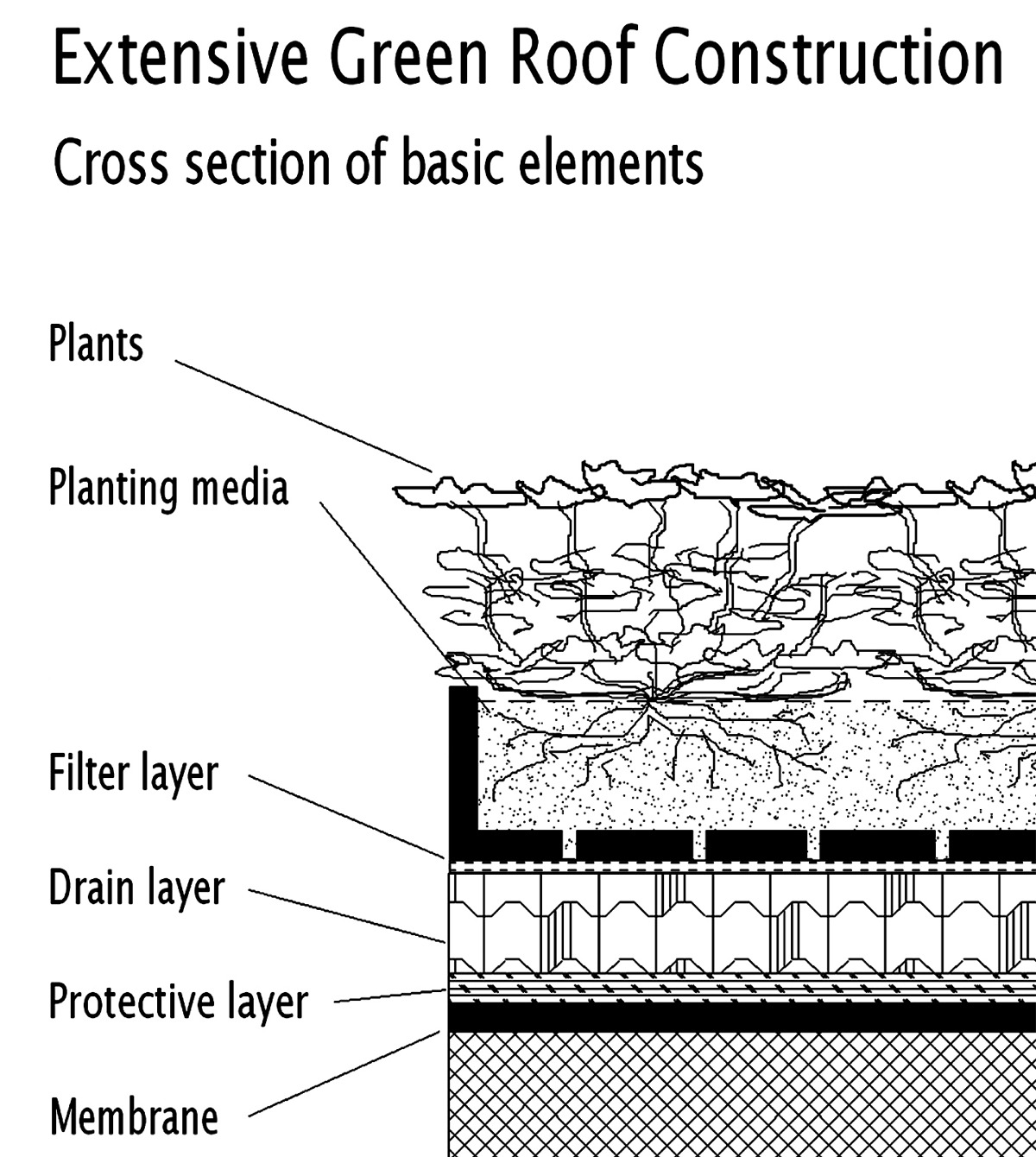 As detailed in the following table, the total process energy required to produce the waterproofing, drainage and expanded clay for the growth medium is about 36,000 BTUs*, plus a negligible (compared to the rest of the materials) amount for the compost and plants. These are fairly well documented average numbers that could be refined for a real project.

Now, if the growth medium comes from, say, Arkansas, another 3,000 BTUs are needed to transport it to Chicago if the entire trip is made by truck (900 BTUs if shipped by train) and 500 Btu is a reasonable number to use for getting the rest of the materials to the building site since it weighs less and is commonly produced closer to Chicago. 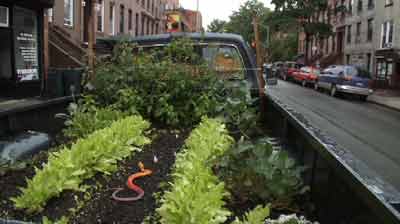 The amount of energy needed to run machinery for the installation could be another 500 BTUs, rounding out a grand total of 40,000 BTUs going in to the basic vegetation of one square foot of a big flat roof in Chicago. Again, this is a strictly hypothetical project and these energy quantities may be different for a real project.

Are 40,000 BTUs a lot of energy? Sort of. In the grand scheme of things, we care more about how many BTUs are saved for the building each year by investing 40,000 BTUs up front. Our one square foot patch of green roof will save about 1,000 BTUs per year in cooling energy which means that it will take about 40 years to recover the process embodied energy of the green roof.

By comparison, a cool roof on this building will save about 700 BTUs per square foot per year. If it has a project embodied energy of 14,000 BTUs, then it will have an initial recovery of 20 years, which is, coincidentally, a common warranty time for a cool roof. However, after the initial installation, the installation energy of each replacement is considerably higher than the first.

That means after 40 years and before the 3rd cool roof has been installed, the green roof will have recovered approximately 5% more project embodied energy than the cool roof. The green roof energy advantage increases from then on. 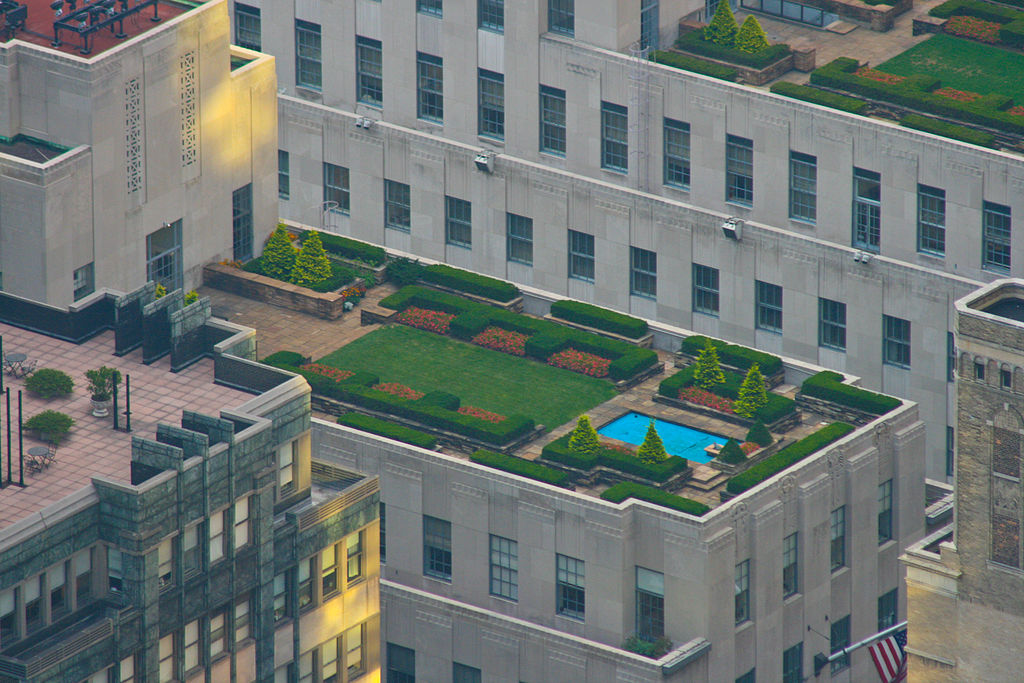 Well now, that doesn’t sound so great, but we are not done looking at the biggest picture. As I mentioned earlier, energy is also required to produce and transfer electricity and natural gas to the building. In a way, it could be thought of as another type of embodied energy, albeit one that is much more difficult to quantify for a given building than project embodied energy because electricity and gas are delivered through huge networks with multiple sources. For electricity, thermodynamic efficiencies of producing electricity plus transmission losses result in a typical building in the eastern U.S. being able to use about 1/3 of the original source energy. Natural gas is a different situation, but nearly all of the savings from a green roof or cool roof is electrical – primarily cooling and fan energy costs.

This has a direct effect on how we look at the global energy impact of our green roof. The 1,000 BTUs of savings we see in the building’s utility bill translates into a 3,000 BTUs savings for the planet since we only get to use 1/3 of the source energy. Now the invested energy recovery for our example green roof is only 13.5 years.

Keep in mind that these numbers are not from an actual project and are for illustrative purposes only. Many companies are still loathe to release information relating to energy use and a number of trackable details are left out.

Finally, here is an interesting note: Studies that I conducted in the past for extensive green roofs on similar types of buildings in Chicago showed an average cost payback of 14 years.

Coincidence? Not really. When you imagine trying to account for every single bit of energy embodied in every aspect of this type of project, money and energy become inextricably linked. This is something to keep in mind when getting quotes for the installation of a green roof system.

*BTU is short for British Thermal Unit, which is, ironically, pretty much only used by the United States anymore. The rest of the world describes energy using joules or kilojoules. 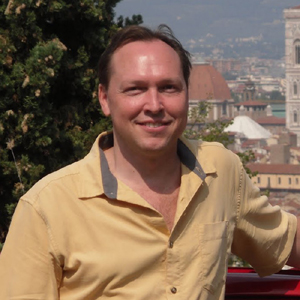 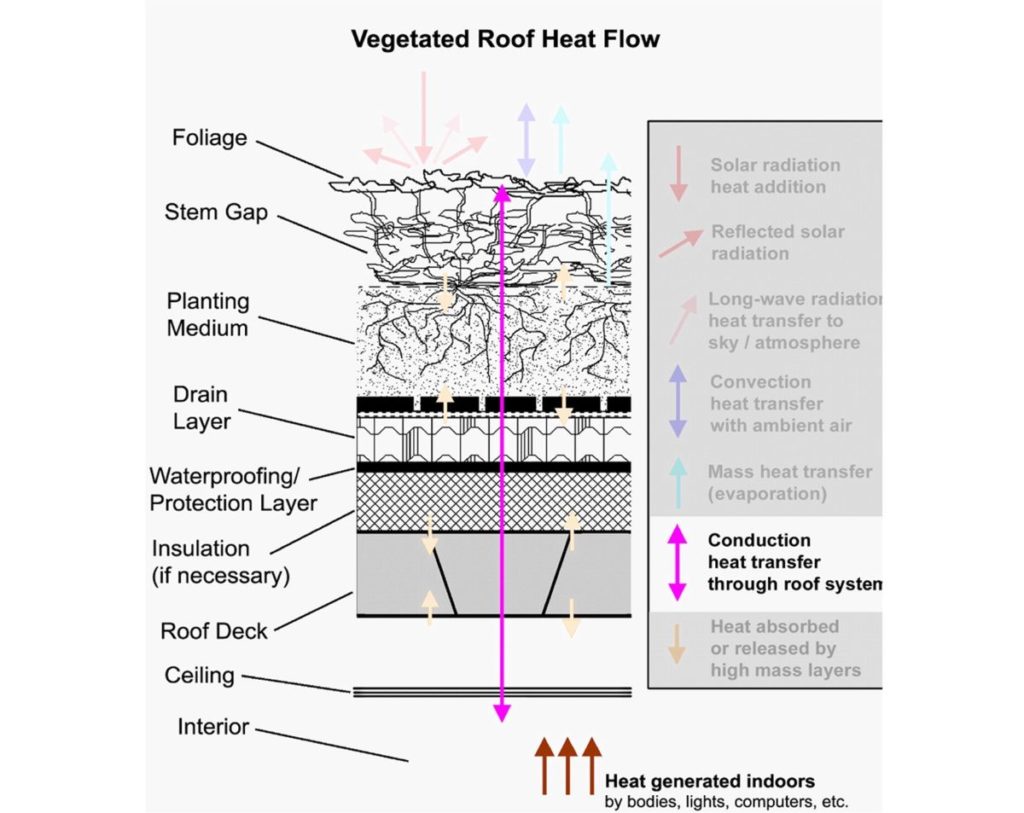 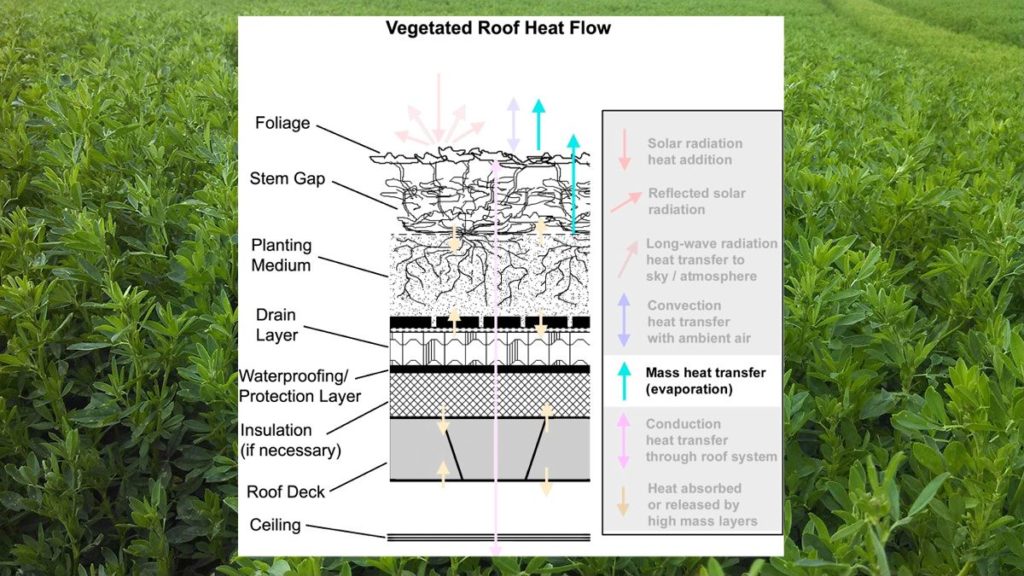