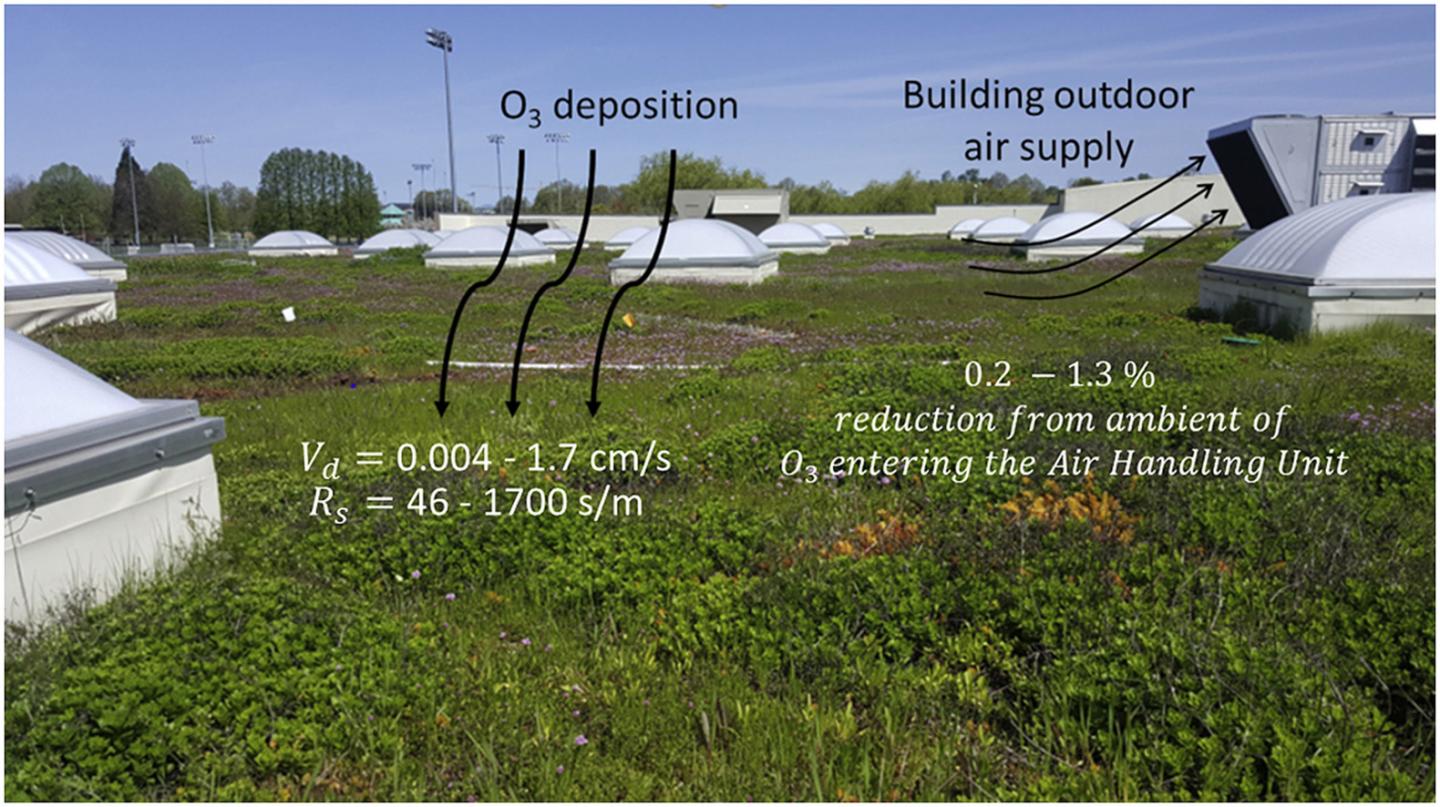 Green roofs (roofs that are planted with vegetation) may improve the indoor air quality of commercial buildings by cutting the amount of ozone coming into the buildings from the outside.

According to new research from Portland State University:

The findings add to the already known environmental benefits of green roofs, including reducing carbon dioxide, decreasing storm water runoff and cutting down on urban heat, according to PSU researchers. The researchers from Portland State University’s departments of Mechanical and Materials Engineering, Biology and the university’s Honors College, set up measuring devices on the roof of a big-box retail store in North Portland that was split between a green roof and a more conventional white membrane roof.

They measured the air coming into the building from outdoor intake vents, and found that the air coming in from the green roof area had modestly lower ozone levels than the air coming in from the unplanted area. They found that the vegetation trapped and filtered the ozone in the outdoor air. The trapping effect is a process known as dry deposition, in which airborne particles collect or deposit themselves on solid surfaces. It’s a natural process that is key to removing pollutants from the atmosphere. The study was conducted over a two-day period. The authors said the findings warrant a longer-term study – one that could include measuring other pollutants as well as ozone. 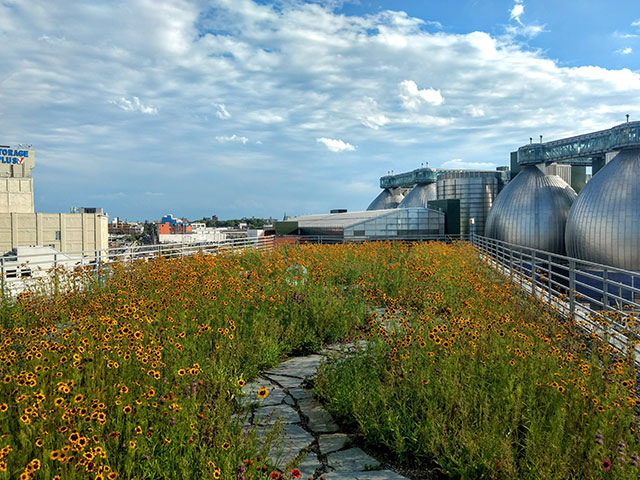