Peter Plastrik and John Cleveland of NEXT CITY writes:

In modern times, the city has been thought of as the dominant context in the natural environment; its physical, economic, and social needs were to be met by shaping the landscape near and far. Cities cleared and built upon the land, sweeping away natural habitats and species. They engineered control over waterways, consumed vast amounts of natural resources, and dumped enormous amounts of waste. Their inhabitants lost direct connection with the natural world and its processes. Urban areas did contain parks, garden areas, and tree-lined streets, but these mostly were limited “postage stamp” parcels in the larger urban scheme of things.

Melbourne and other cities such as Portland, Oslo, San Francisco and Singapore are embracing a far-reaching shift in their mental models about the city’s relationship to nature. Among the efforts of other cities to cultivate a green infrastructure:

Washington, D.C., decided that instead of building a gigantic holding tunnel to provide extra drainage capacity during heavy rainfalls, it would invest $90 million in large-scale green infrastructure to reduce the amount of stormwater that had to be handled by tunnels.

Mexico City installed more than 226,000 square feet of green roofs, mostly on government buildings, schools, and hospitals and offered private residential buildings a 10 percent property tax break for putting in their own green roofs. “Dramatic advances have been made” in addressing “initial fears—leakage and humidity issues to the property have been completely subdued,” says Tanya Müller García, the city’s secretary of the environment. With the city having modeled the practice, she adds, “green roofing is seen as a component of sustainable design.”

Berlin, with 3.4 million residents living in 343 square miles, has pursued a city-greening strategy since the 1990s—developing nearly 300 miles of green walks for pedestrians and bicyclists and keeping 44 percent of the city’s area in forests, preserves, lakes, and other green and blue spaces. In 2015, it adopted a citywide strategy that included plans for green and open spaces for climate adaptation, building a habitat network for biodiversity, and advancing historical and contemporary landscape architecture, urban agriculture; and nature experiences in the city.

Read more: The City within a Garden 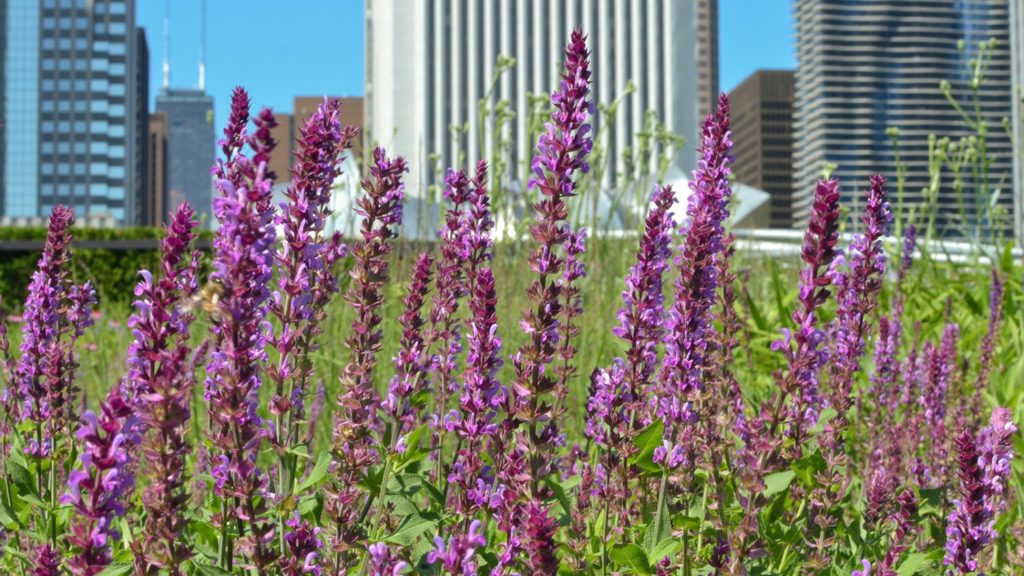