Greenroofs should perform and look great in all types of seasons, and I wanted to show off a gorgeous Platinum LEED project which does just that!

Pittsburgh residents are proud of the David L. Lawrence Convention Center South Terrace greenroof from winter, as shown in the photo in the above video, through spring, summer, and fall, too. 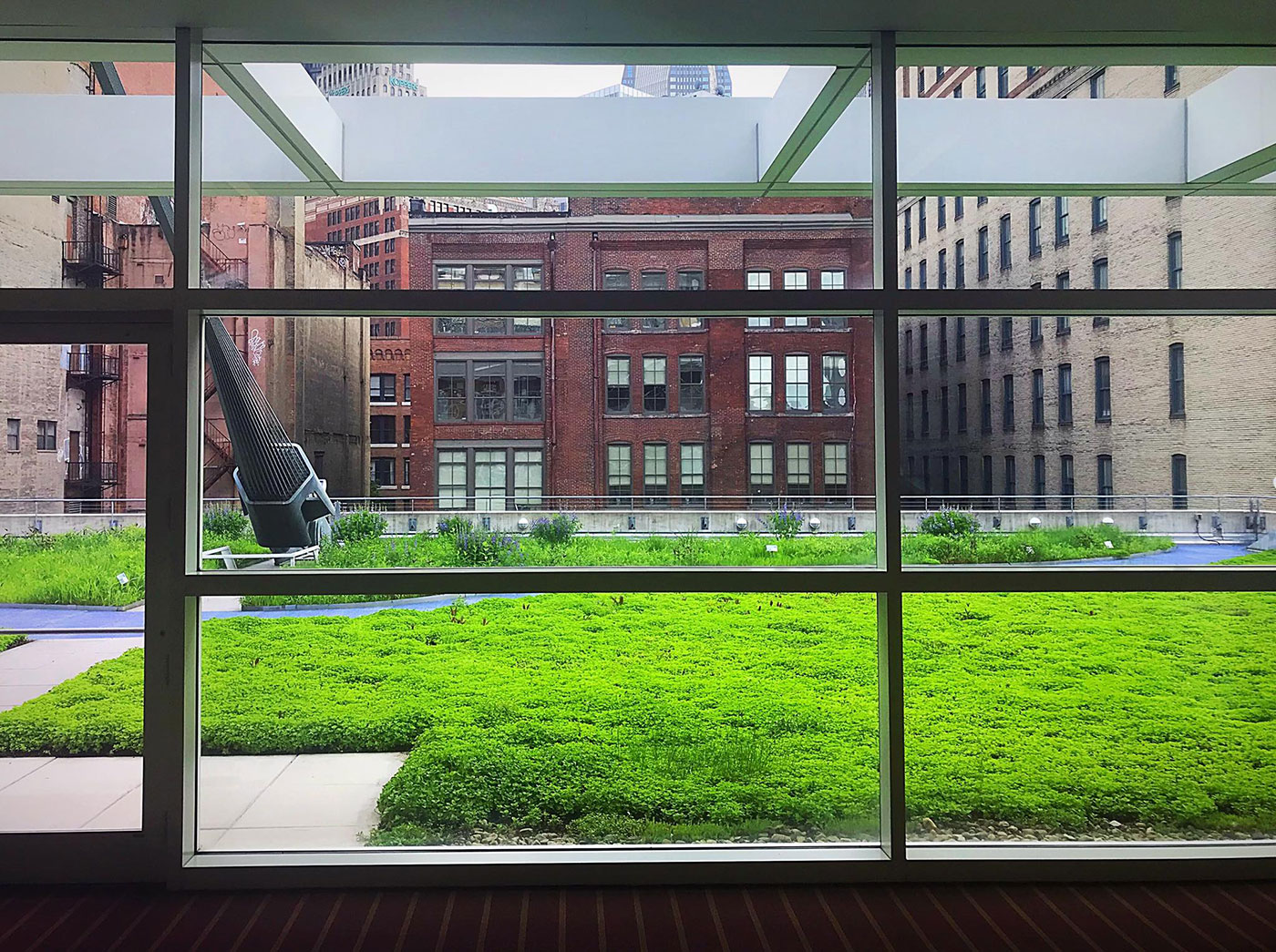 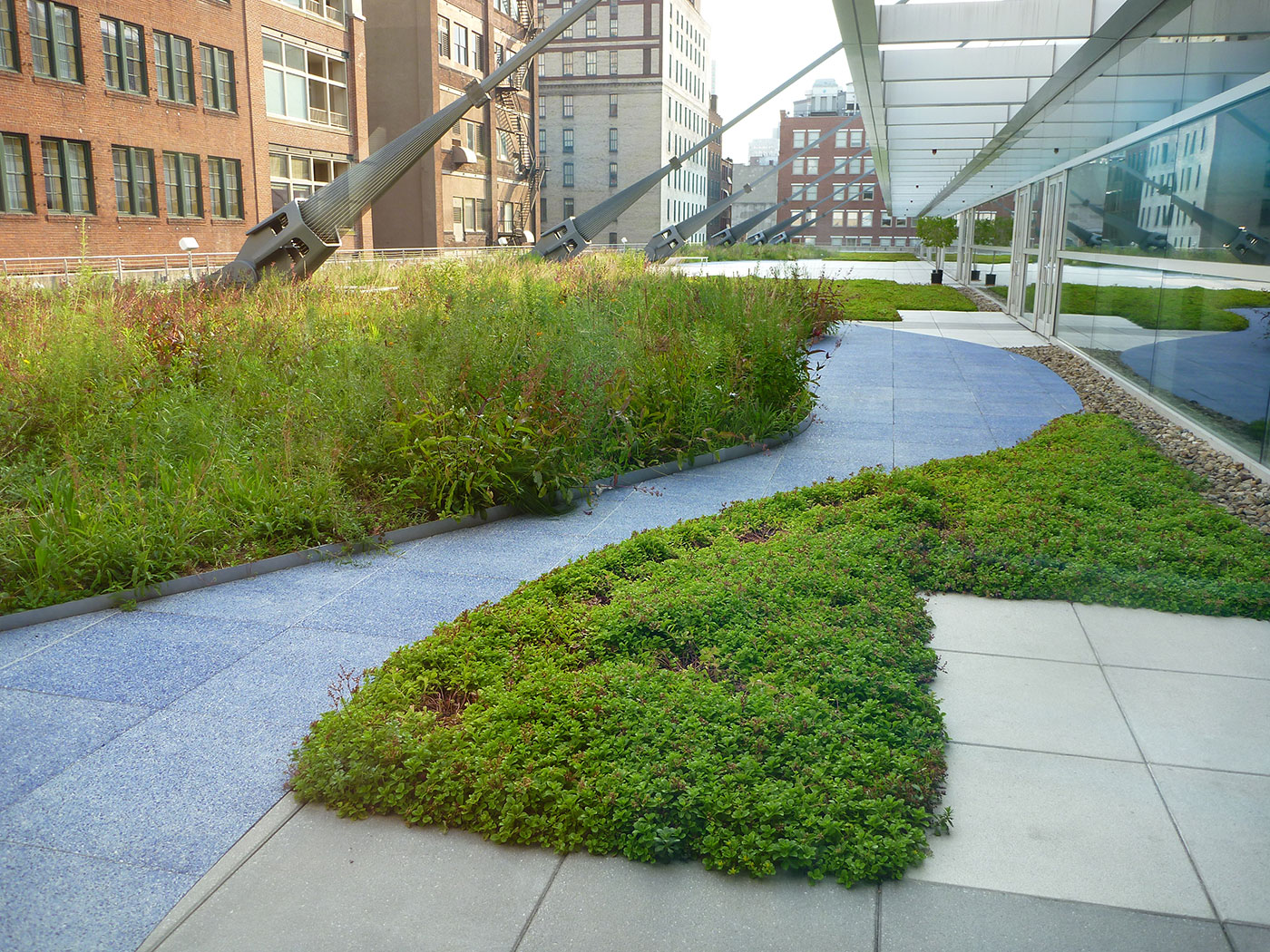 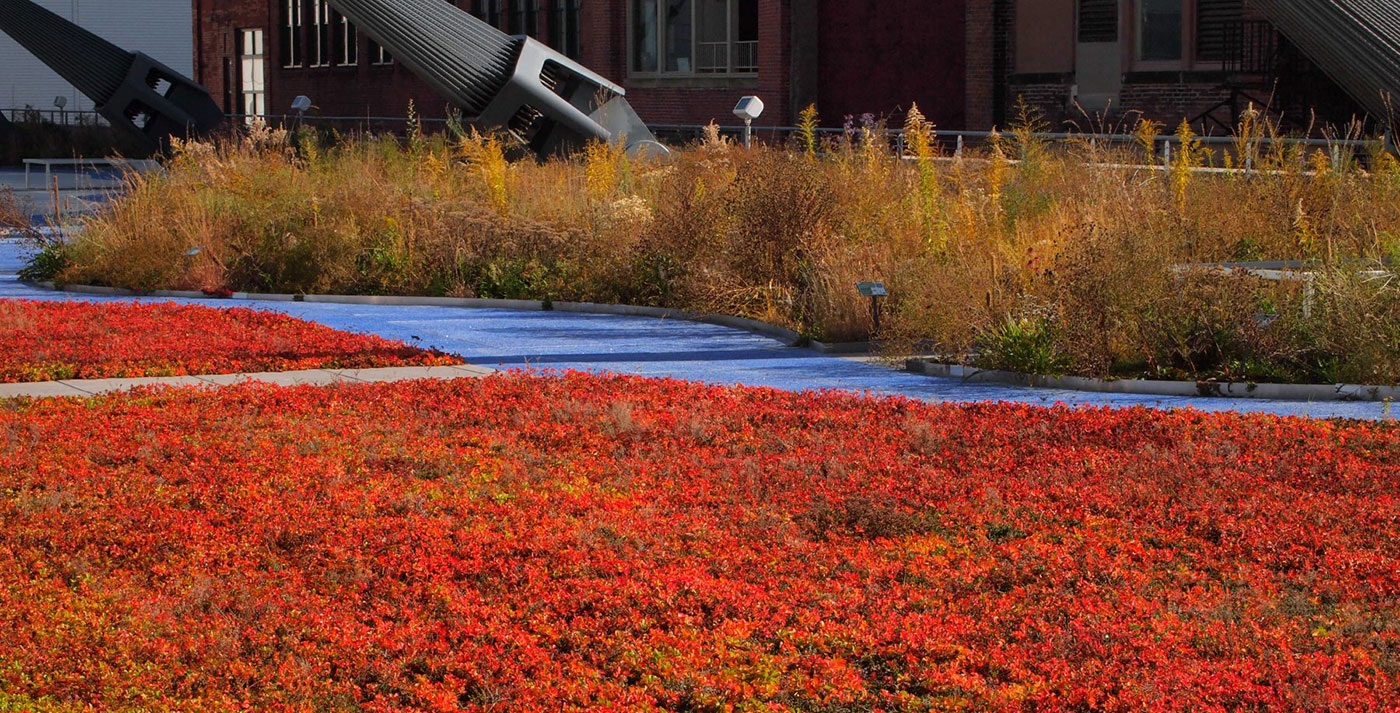 Visitors and wildlife to connect to three programmable outdoor spaces at the DLCC, rich in native plants to southwestern Pennsylvania’s beautiful natural environment.

These are the 60,000 sf North Terrace with its 40 planter boxes of 100% organic herbs and vegetables; the Riverfront Plaza, which is a 1,300 ft part of the Three Rivers Heritage Trail; and the 22,400 sf South Terrace greenroof: 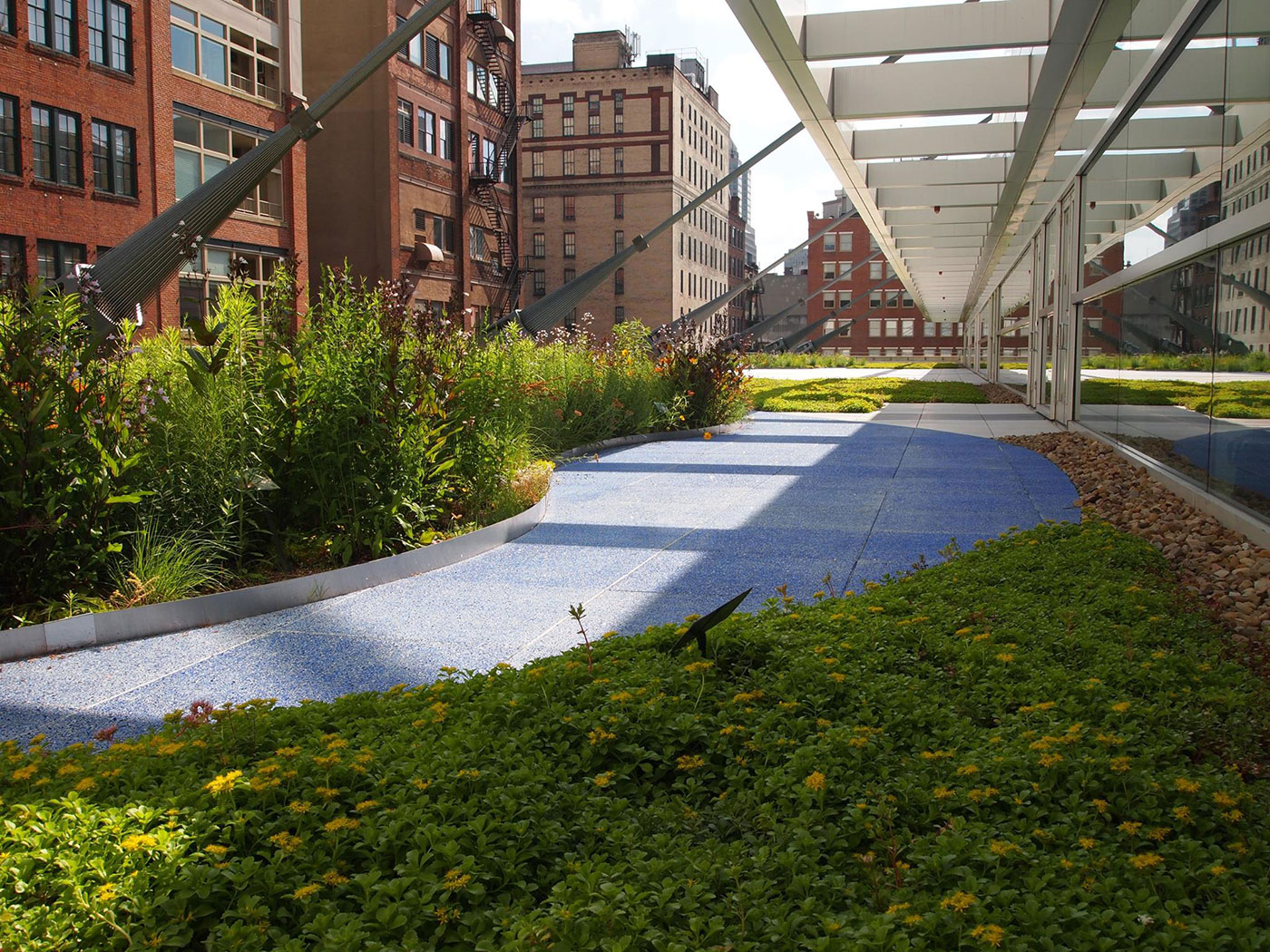 Situated on about 8 acres in downtown Pittsburgh’s cultural district built on an urban brownfield location, the David L. Lawrence Convention Center (or DLCC) offers 1.5 million square feet of meeting and exhibition space. With Rafael Viñoly Architects as architect of record, its iconic design takes inspiration from the historic suspension bridges that span the Allegheny River adjacent to the riverfront site.

When completed in 2003, the DLCC was designed to achieve LEED Gold – the largest LEED Certified building in the US at the time. 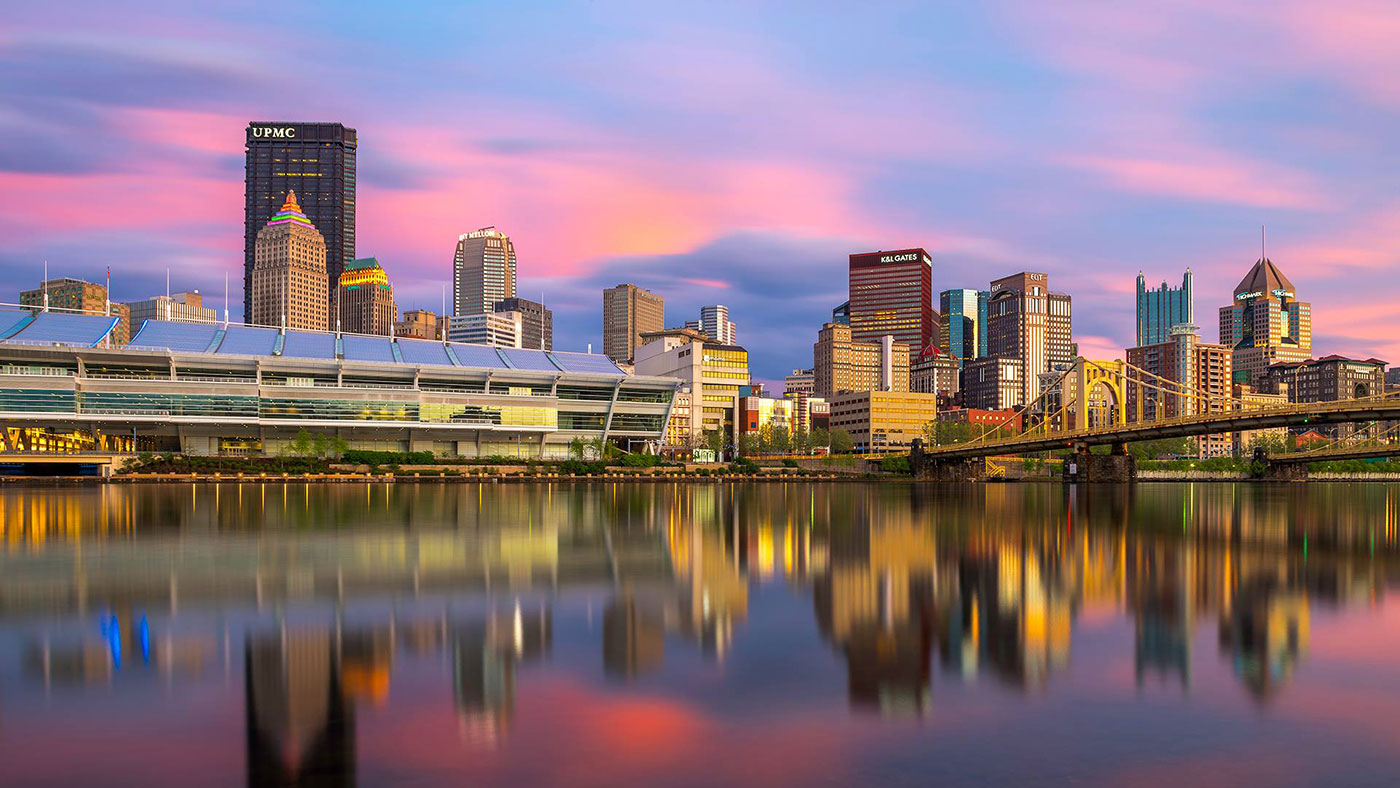 Designed by Pashek Associates (now Pashek+MTR) in 2011, the South Terrace has the publicly accessible Living Roof which contributed to the DLCC’s certification as LEED Platinum for Existing Buildings in the same year. Located on the cityside third floor, over 20,000 square feet features over 7,000 perennials, grasses, and sedums.

The roof was designed to retain up to 80% of the annual rainfall by incorporating both extensive and intensive Roof Garden sections from Carlisle SynTec Systems. Since installation, the roof has shown to remain up to 50 degrees cooler on hot summer days. 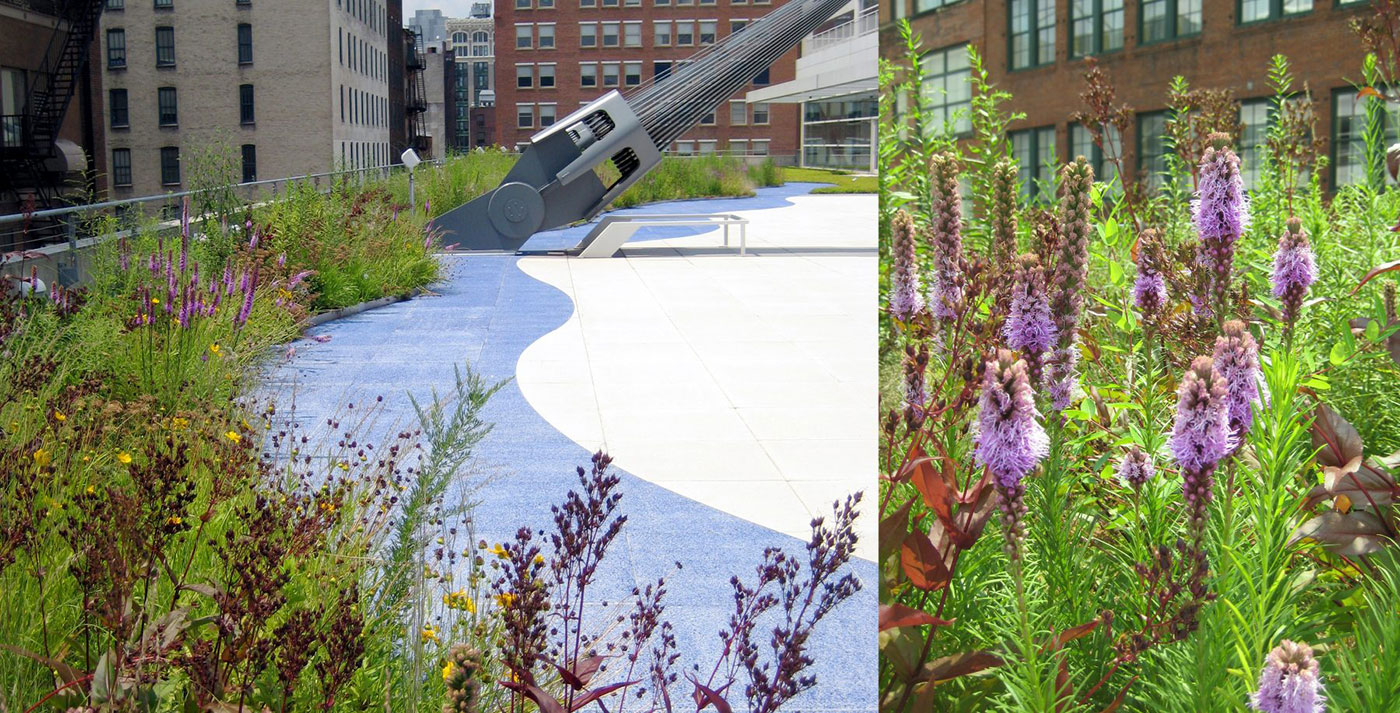 The extensive sections are vegetated using sedum mats while the intensive sections feature a “meadow” using 75 different native and adaptive perennials, separated by a walking path and a plaza for outdoor receptions. The Roof Garden with its water-jet cut blue paver plaza area reflects the nearby Allegheny River and speaks to the stormwater benefits of green roofs.

In 2012, the DLCC established a Monarch Butterfly Waystation on the 4th floor North Terrace rooftop garden, which also boasts 1,200 square feet of Terrace Vegetable and Herb Gardens in planters. 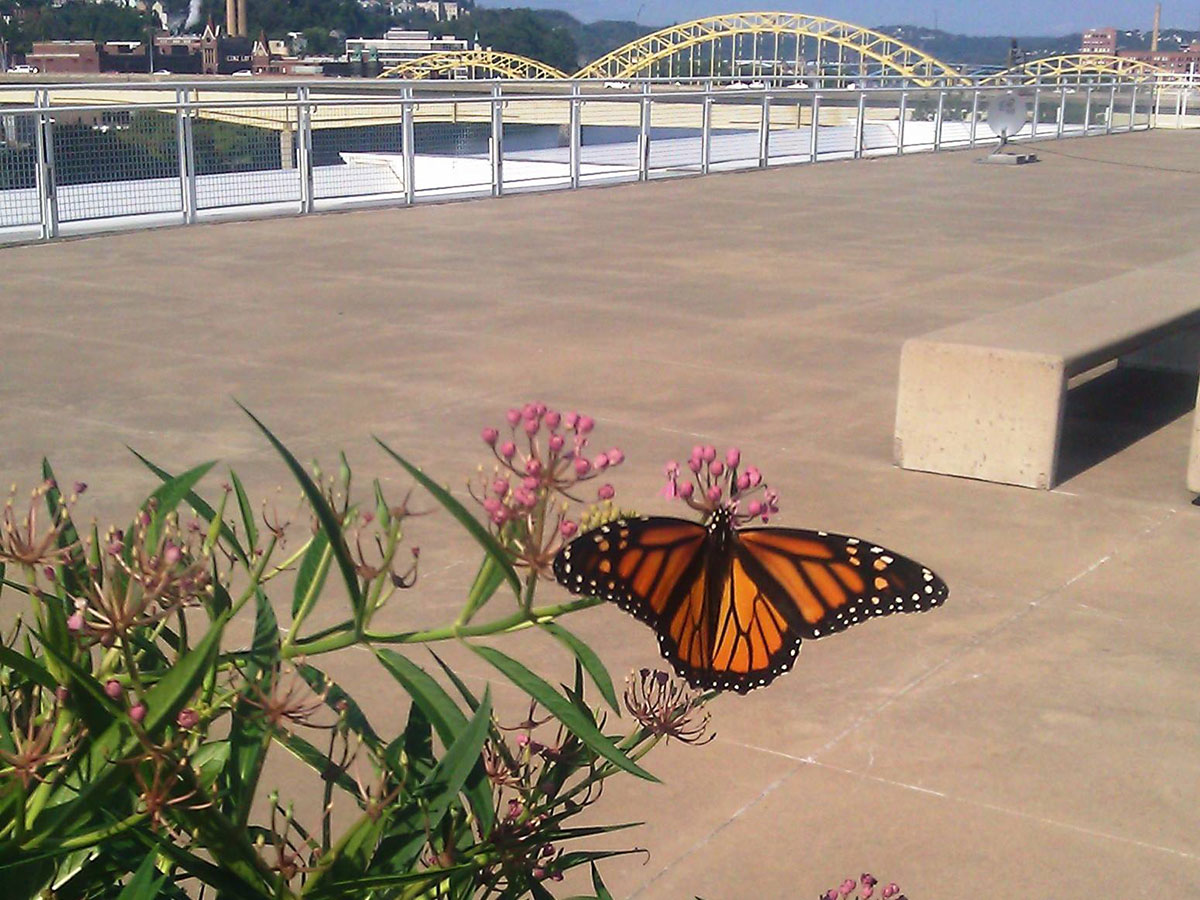 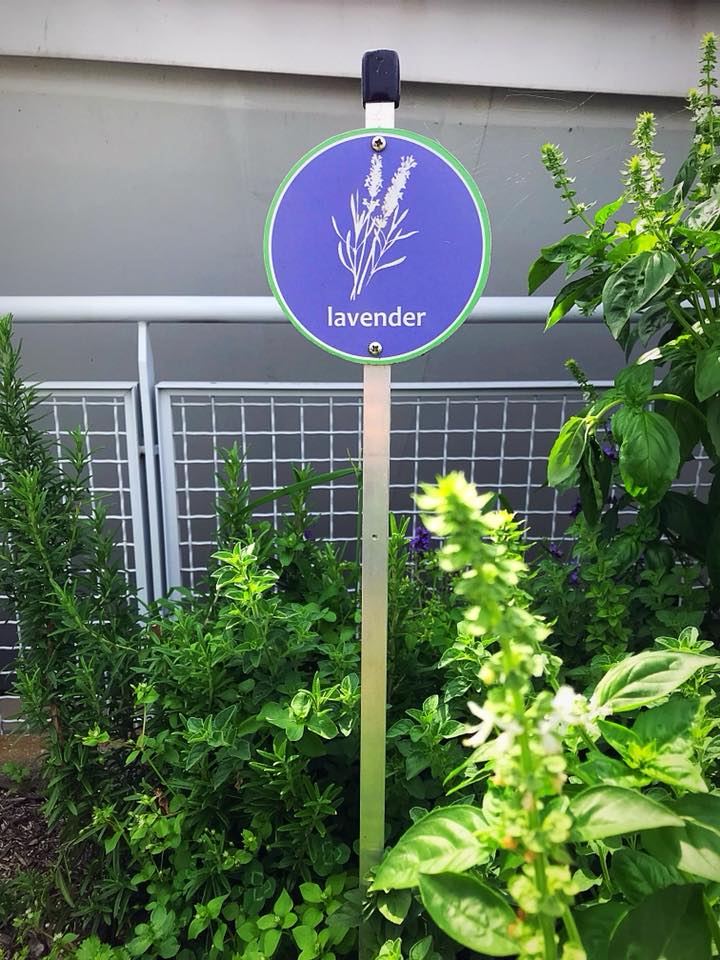 Lavender is just one of numerous herbs planted on the DLCC North Terrace.

Based on research from the US EPA, it is estimated that the South Terrace Green Roof removes almost 680 pounds of particulate matter from the air annually, which is approximately equivalent to the annual emissions of 255 passenger vehicles. 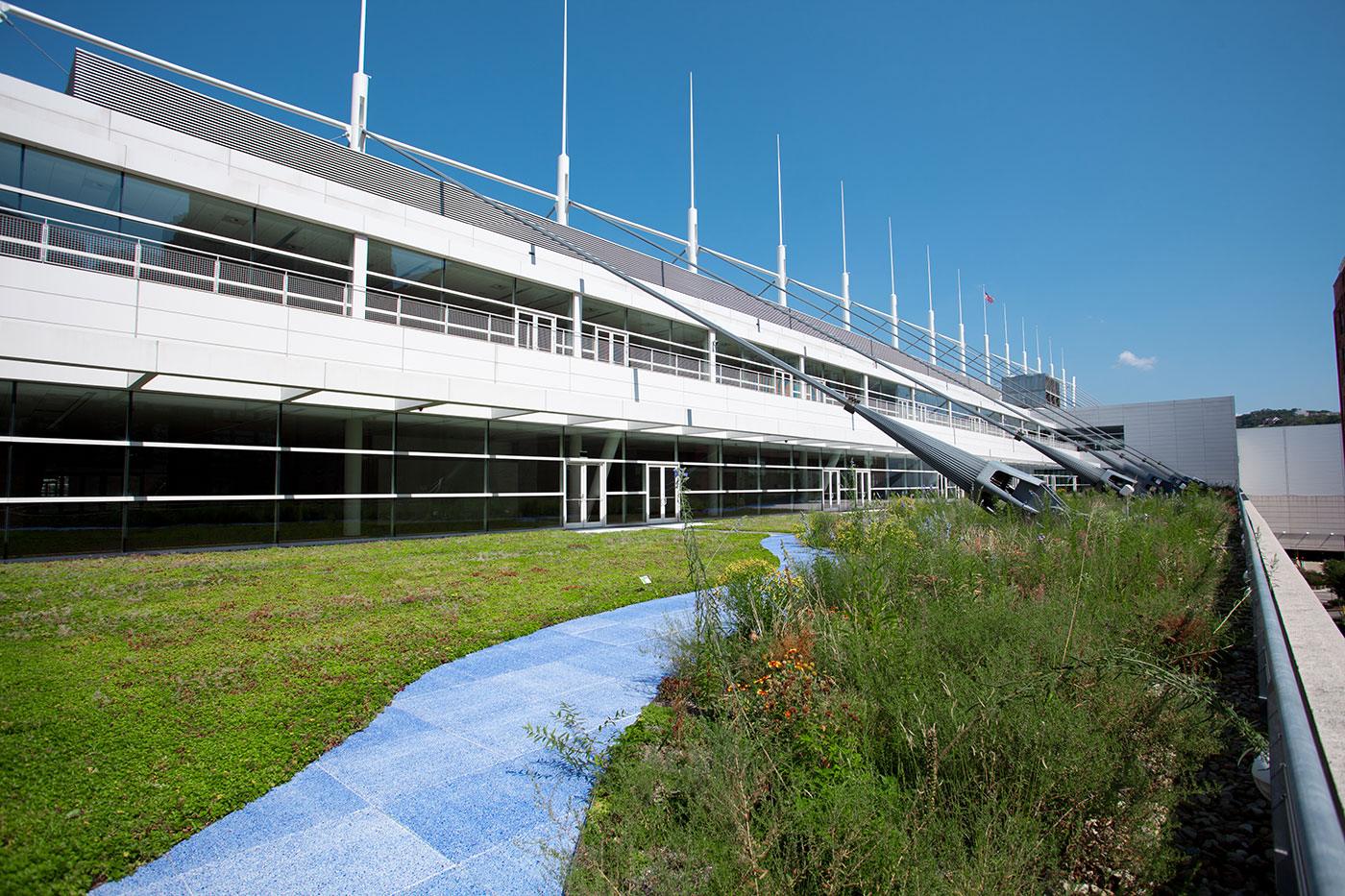 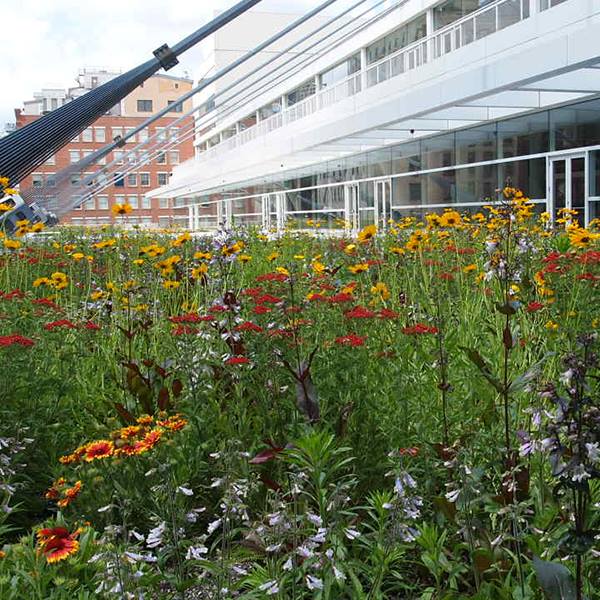 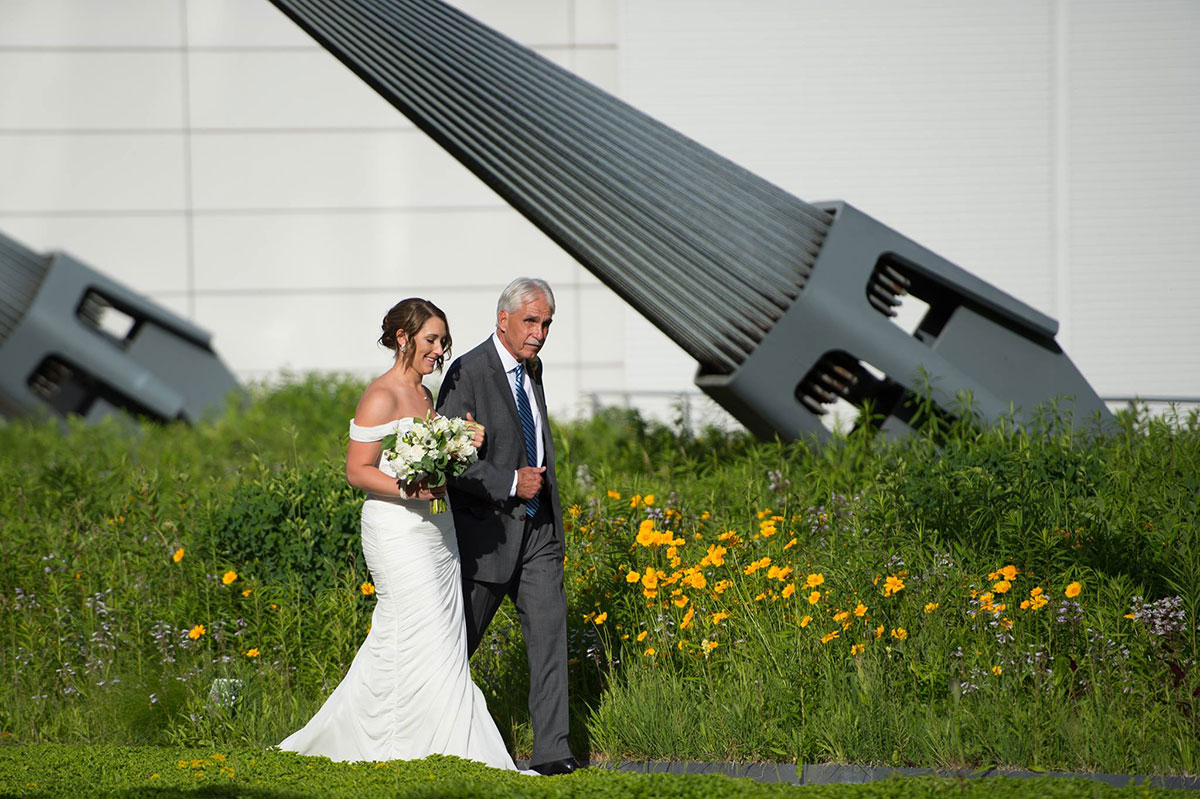 A beautiful wedding on a beautiful greenroof! Image: DLCC Facebook

View the David L. Lawrence Convention Center South Terrace project profile to see ALL of the Photos and Additional Information about this particular project in the Greenroofs.com Projects Database. 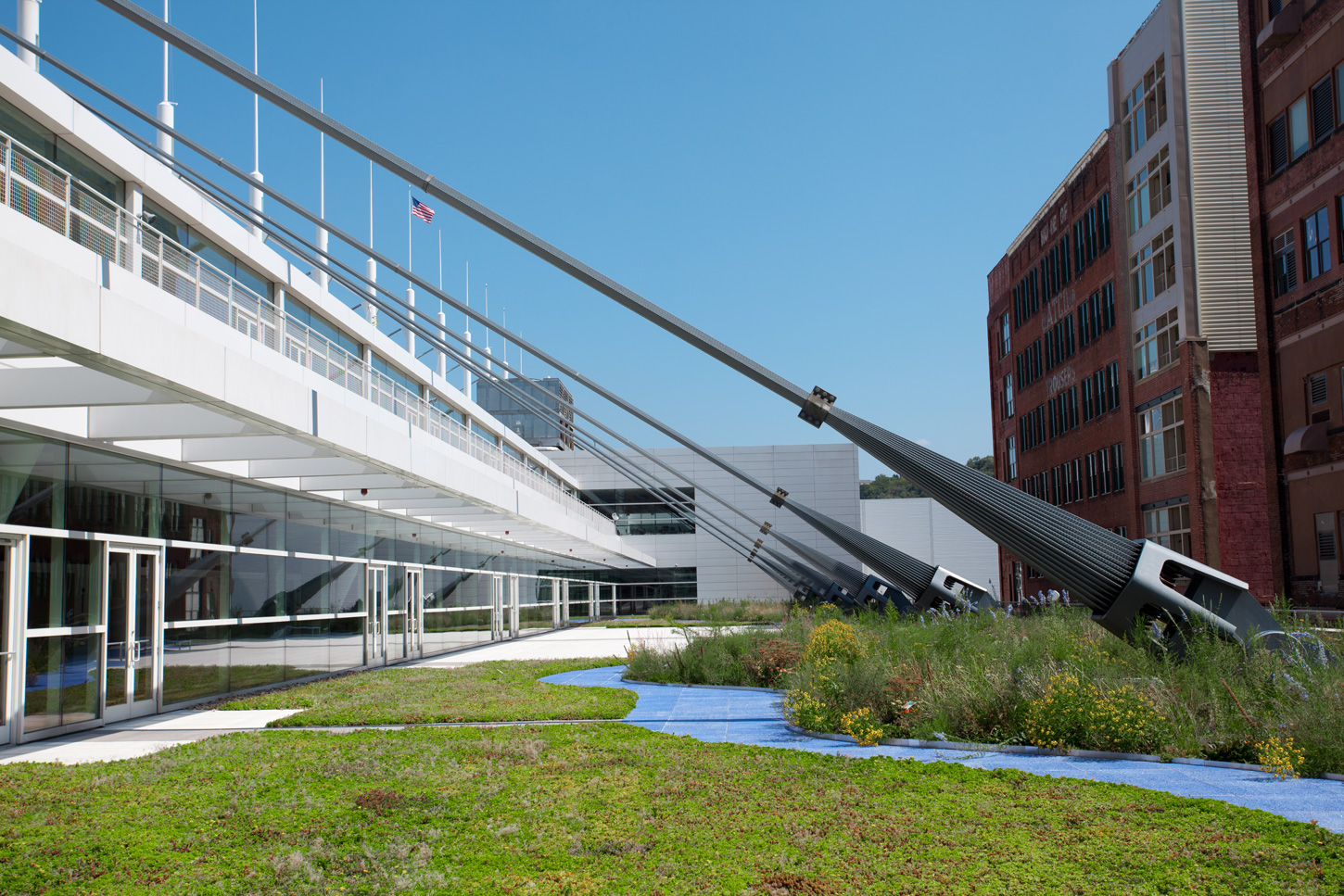 Watch the David L. Lawrence Convention Center South Terrace Featured Project Video above or see it on our GreenroofsTV channel on YouTube.

Did we miss your contribution?  Please let us know to add you to the David L. Lawrence Convention Center South Terrace profile.