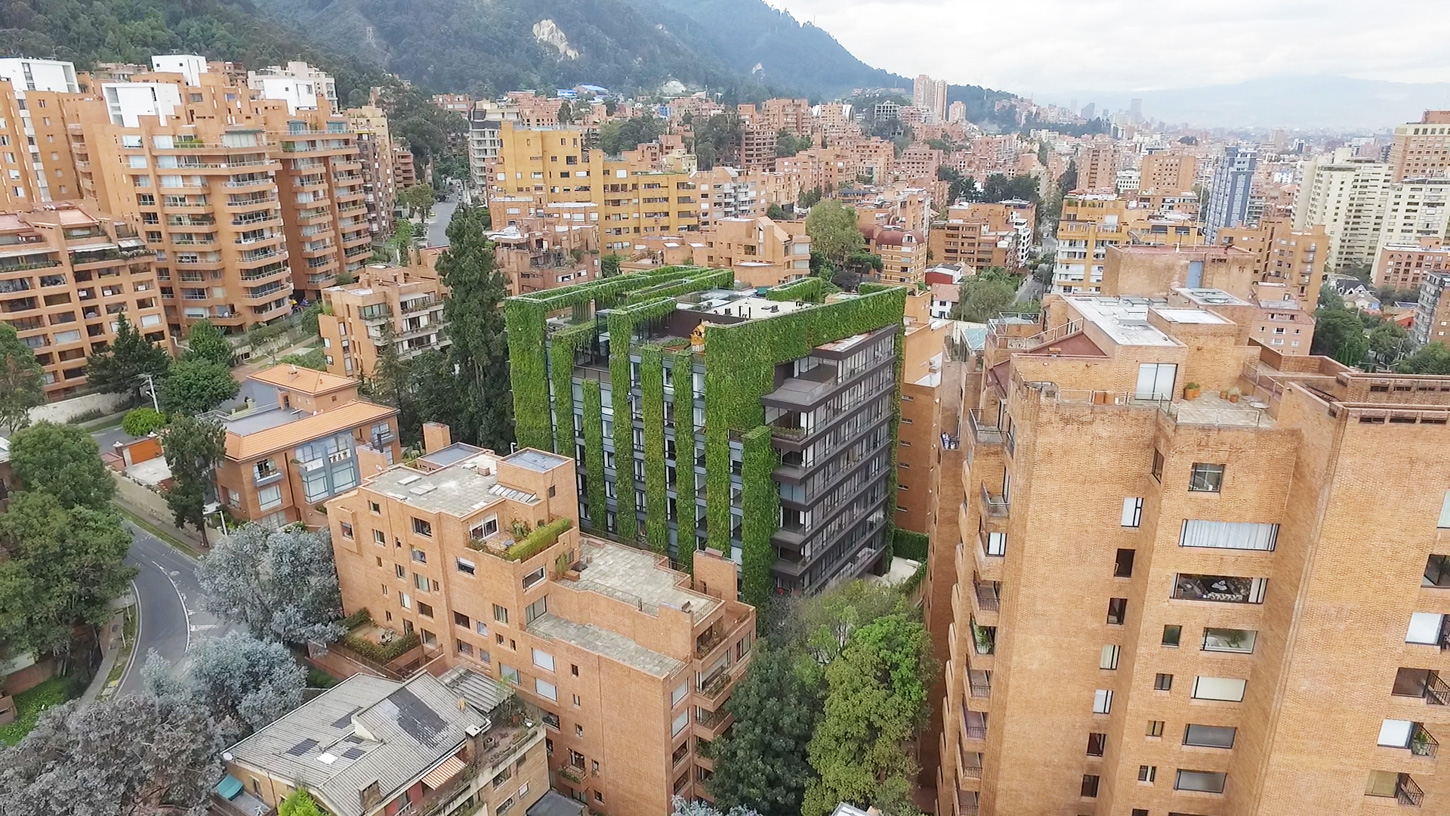 Project of the Week Description & Details

The Santalaia is a high end multi-family residential building in the Colombian capital of Bogotá with a wonderful view over the eastern hills. In 2013 architects Exacta Proyecto Total approached Groncol, a vertical garden and greenroof design/build firm, with the idea of having the building entirely covered with plants. Due to Groncol’s experience using Paisajismo Urbano’s f+p hydroponic system, they were hired to design and construct one of the world’s largest vertical gardens at about 33,550 square feet. Completed in December 2015, the project took a total of eight months of planning and eight months of construction to build the green wall 9 stories above ground and 2 stories underground. 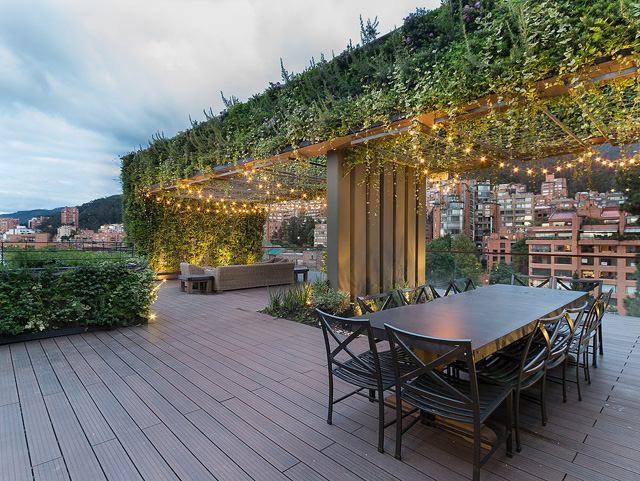 The architect’s intent was to produce a uniform green tone and plant volume, and naturalized plants in the massive f+p green wall include Hebe Mini, asparagus fern, rosemary, vincas, and spathiphyllum, among others – in total about 115,000 plants. Designing irrigation, water recycling systems, and plant selection were some of the biggest challenges. The vertical garden was constructed over a large metallic structure designed specifically for the project. Forty-two irrigation stations are used for the living wall which uses water from the apartments’ showers for irrigation. The plant coverage helps reduce the urban heat island effect and Groncol says 115,000 plants equal a carbon footprint compensation for 700 people; 3,000 square meters of vegetation provide oxygen for 3,000 people; and the very large green wall offers the equivalent of air cleansing for the PMM emissions of 745 cars. The end result is the highly successful establishment of one of the most beautiful and largest Vertical Gardens in the world. The lush Santalaia green wall is a reminder that we should not live only in a concrete covered city, we should be constantly relating with nature instead. 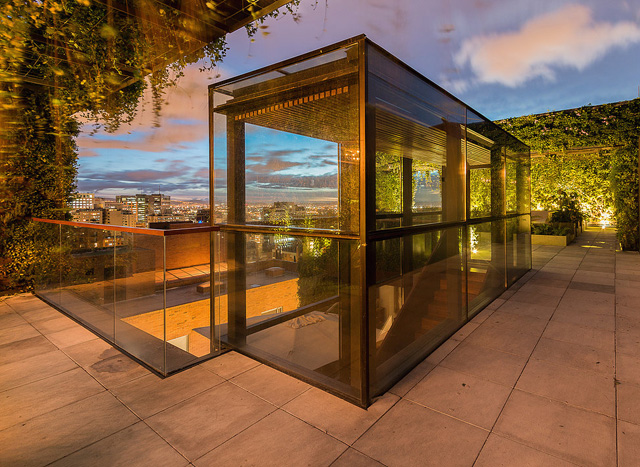 Publisher’s Note: Read my blog post Come to Bogota for the 2016 WGIC which will be held in the beautiful and green capital city of Colombia on October 19 – 21, 2016.  And don’t miss out on the last Early Bird Discount for registration which ends on September 22! 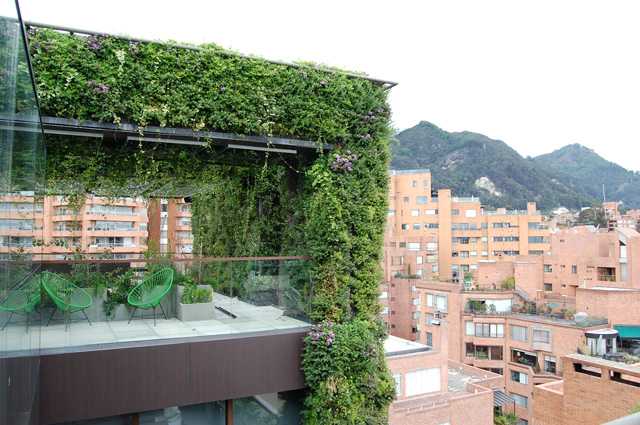 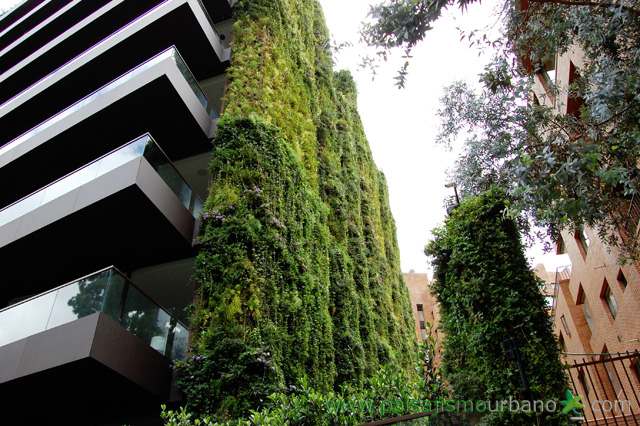 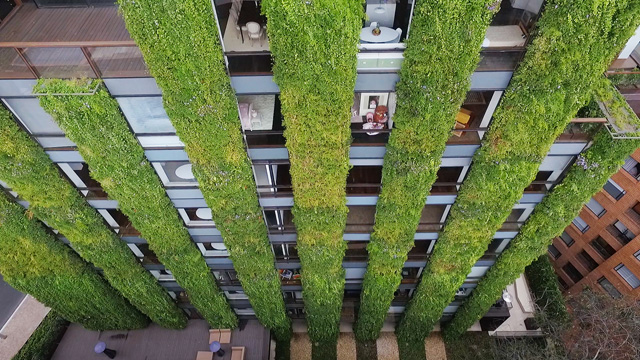 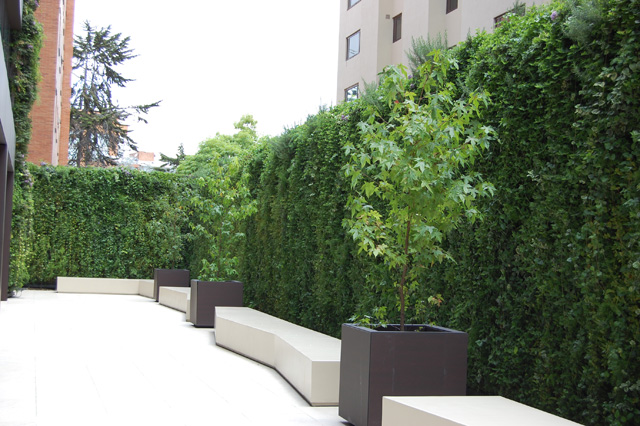 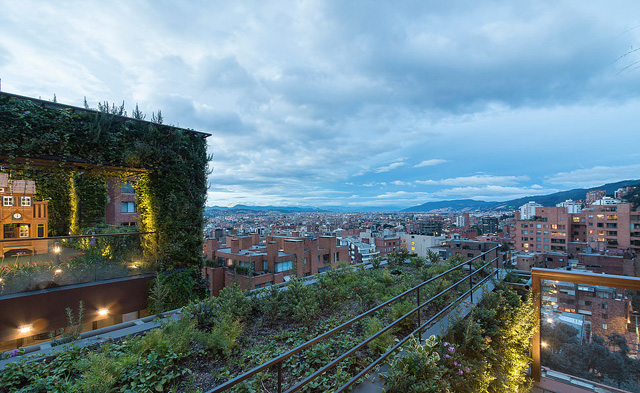 View the PROJECT PROFILE to see ALL of the Photos and Additional Information about this particular project in The International Greenroof & Greenwall Projects Database. 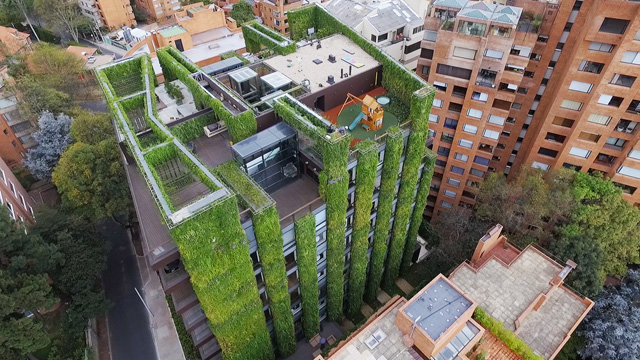 Watch the Santalaia Project of the Week Video below or see it on our GreenroofsTV channel on YouTube:

Biophilia
For the Love of Green