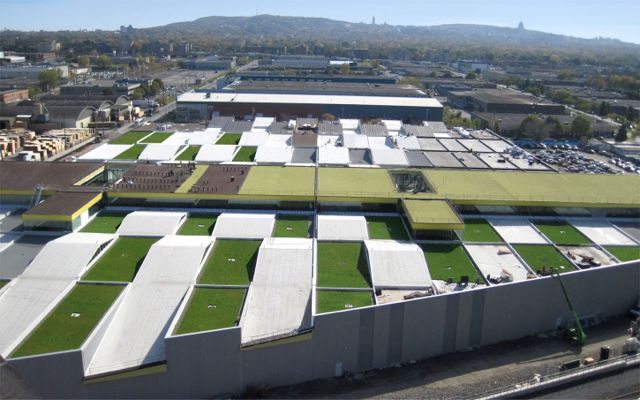 The Société de transport de Montréal (STM), the Montreal Transit Corporation, is a public transport agency that operates transit bus and rapid transit services in Quebec, Canada. Due to the increased demand for public transit, the STM needed a new transport centre to accommodate its growing fleet. In order to minimize its impact on neighboring residents, the 350,000 sf centre’s site was situated in a declining industrial sector. The main objective of the project was to minimize the ecological footprint of the site by integrating most of the circulation for bus parking inside the building.

Lemay Associés Architecture Firm designed the 165 million dollar building according to the principles of sustainable development. This giant two-story building has the capacity for up to 300 buses, including 100 articulated (double) buses. Stinson is expected to be the first LEED Gold certified transport centre in Canada. The design intent was to achieve a seamless weaving of the project into the surrounding urban fabric. The “weaving” meshed together the structural grid of the building and the landscape into a new multifunctional feature, clearly identifiable on the massive roof using a Vegetal I.D. greenroof system. Over 80,000 square feet of their Standard Mix of HYDROPACK made the STM building the largest greenroof in Quebec as well as the signature of the project. 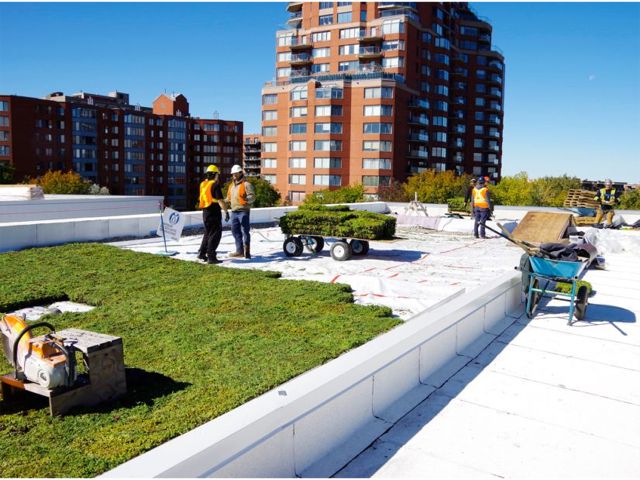 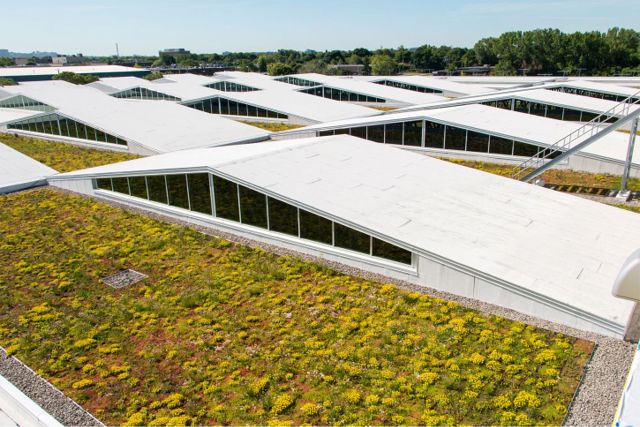 Watch the Stinson Transport Centre, STM – Société de transport de Montréal (Montreal Transit Corporation) Project of the Week Video below or see it on our GreenroofsTV channel on YouTube: 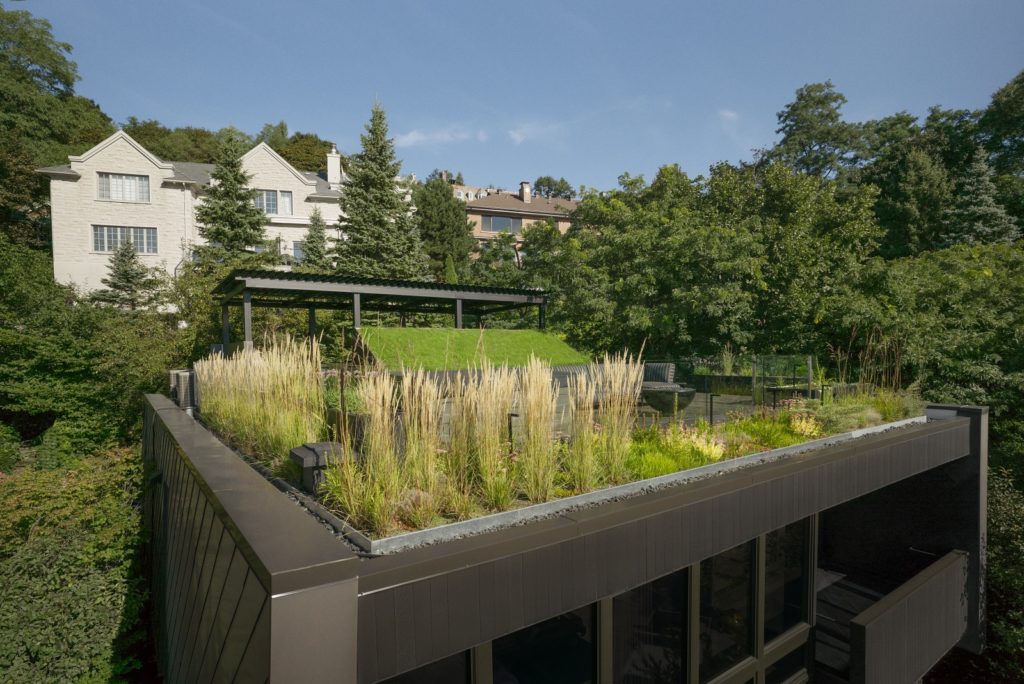 Featured Projects
Video & Project of the Week for March 24, 2014: The Rapid Central Station