Today we have the pleasure to air the panel presentation “Biodiversity and Greenroofs” with Christine Thuring, Nathalie Baumann, Gary Grant, and Dusty Gedge from our inaugural  2011 Greenroofs & Walls of the World™ Virtual Summit on  greenroofs.tv and our  GreenroofsTV channel on YouTube.

This is truly a panel of experts (and an exceptionally great bunch of people) on the subject of greenroofing and biodiversity issues!  We’ve known Dusty the longest, first corresponding with him in 2002 when he was the lead for the Black Redstart Action Plan with the London Biodiversity Partnership – read about it in his December 2003 Guest Feature Article “Wild Roofs:  Current research into green roofs and biodiversity in London.” 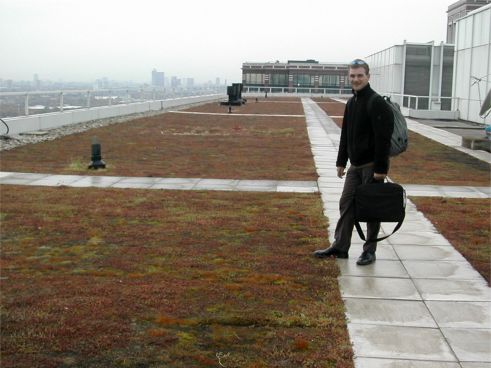 We finally met this outspoken, friendly, fast-talking Brit in 2003 in Chicago, for the first Greening Rooftops for Sustainable Communities Conference & Trade Show (now CitiesAlive), and became fast friends.  I visited this former clown/punk rocker, now  ornithologist, eco-activist, living roof consultant/promoter and “tweeter extraordinaire” in London in 2003, and he took me out for a fast-paced day of greenroof hopping that I’ll never forget – read my January 2004 “Sky Gardens ~ Travels in Landscape Architecture” (the previous incarnation of this blog).

Since then, we’ve seen him at numerous conferences, and Dusty has also contributed “Green Roofs for a Changing Climate – The 2nd London World Green Roof Congress” from August 2010 and “Livingroofs.org ~ A New Independent Green Roof Organisation for the UK” from November 2004. 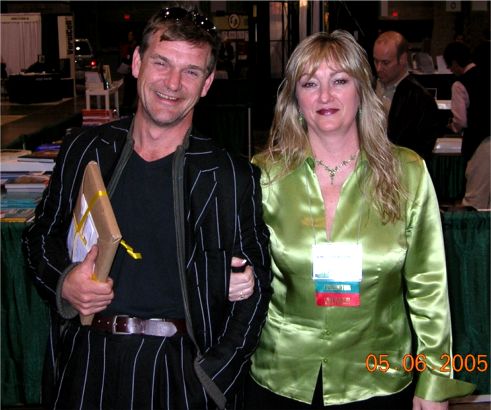 He was also our very gracious host when Aramis and I attended the first World Green Roof Congress in London, presented by CIRIA in partnership with Livingroofs.org,  which  I blogged about in my  November 10, 2008 “An Awesome World Green Roof Congress in London! Day 1” (unfortunately, I never got around to blogging about the second day nor the awesome greenroof tour that followed!).  Dusty Gedge is simply a wonderful human being. 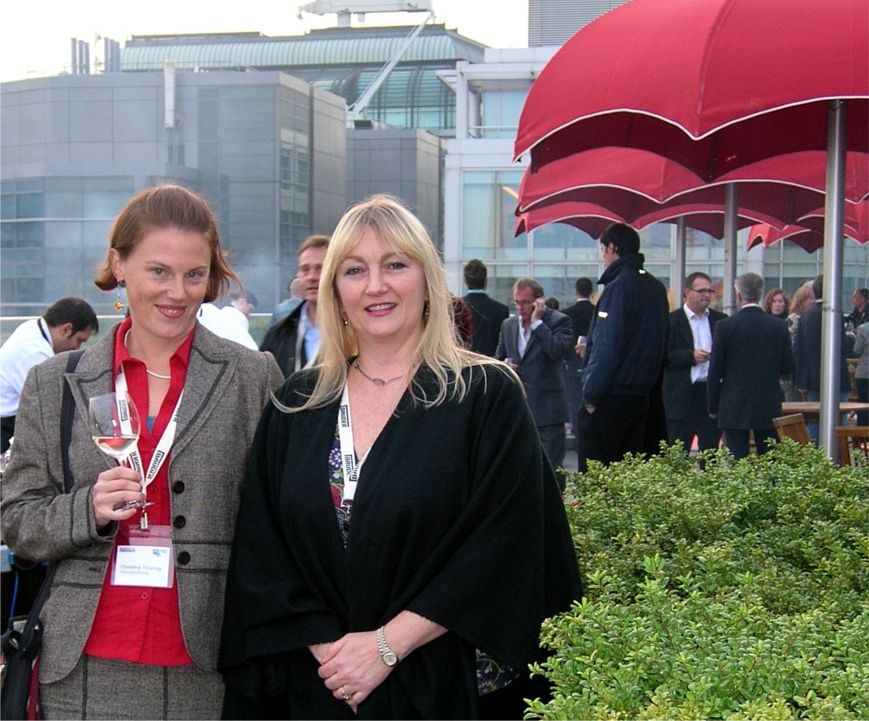 The always lovely Christine, above left with me, has been a long standing  editorial contributor to Greenroofs.com as The Student Editor (2004-present) where she writes a biannual newsletter “Green roofs on the curve” and answers student inquiries.  She is also a collaborator on many exclusives here on Greenroof.com over the years, collectively known as “Christine’s Ramblings.” 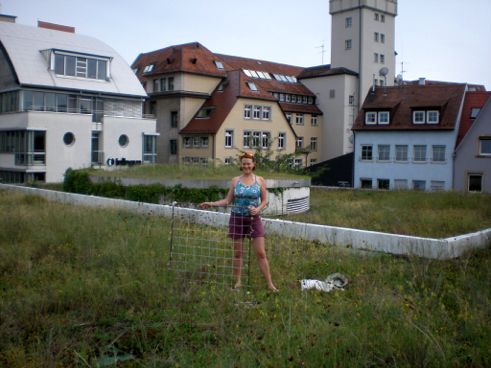 She is very sharp, yet is a sweetheart of a person and also  a great friend of ours. We’ve had the pleasure of witnessing her growth and contributions to the greenroof world from a MSc. Horticulture student at the “Centre for Green Roof Research“ at Penn State (2005) to her current role as a PhD candidate at the University of Sheffield and various endeavors in between.  She is quite the world  traveler  and has reported for us about her visits to Paris, Germany, and India, and  London, among others.  Read my “The Swiss-Canadian Green Roof Gal: An Interview with Christine Thüring” of May 24, 2009 to learn a little more about her earlier years.

The Swiss  Nathalie Baumann, below right, is also very bright and  passionate  about her long time work with biodiversity, especially ground nesting birds on greenroofs, around the Basel area.  An research student and associate of Dr. Stephan Brenneisen from the  Zurich Applied University,  we first met her in September 2005 when we attended  The World Green Roof Congress (where I presented my paper “An International Call for The Greenroof Projects Database“) in Basel.  It was a great conference with lots of wonderful speakers, and afterwords we went on a greenroof tour guided by the soft-spoken and very knowledgeable Nathalie. 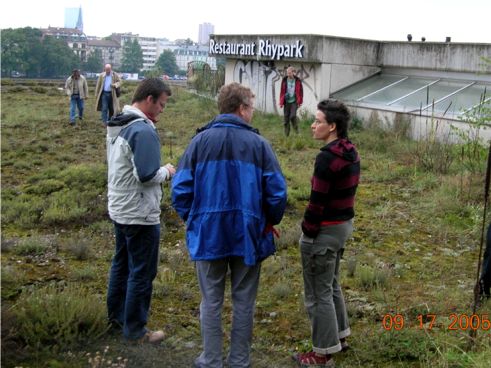 Over the years, Nathalie has always been very helpful about sharing her thoughts and experience with us, and so we knew she’d make a great addition to this panel. 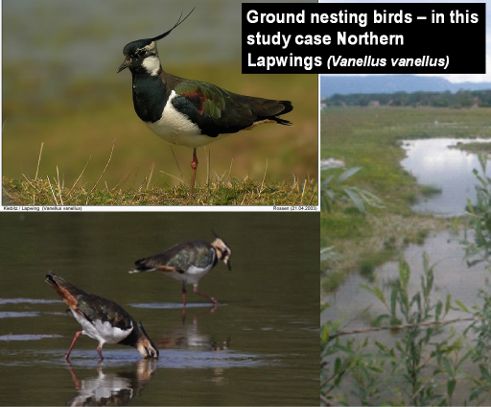 Although we knew him the least, we were also thrilled to have another Brit, Gary Grant, on our panel.  We’ve known him as a great environmentalist and ecologist in the UK and Asia for years, and met him in London in 2008 at the  first World Green Roof Congress where he spoke about his work when he was with EDAW, UK. 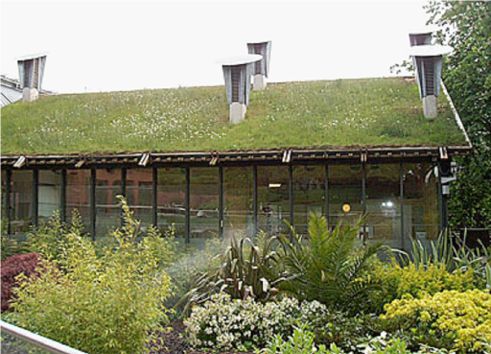 Currently a director with the Green Roof Consultancy along with Dusty, Gary is also very personable and friendly, and loves to share his ideas and wealth of expertise with others. 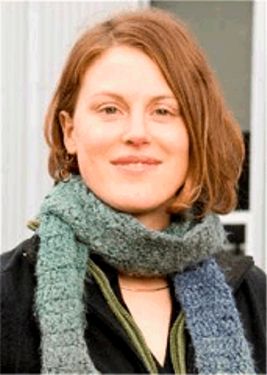 Christine Thuring has been working with green roofs since 2001 in various capacities, including installation, advocacy, research, consulting, design, and education.  Prior to green roofs, she worked as a field botanist and restoration ecologist.  With a BSc in Environmental Resource Science & Biology (Trent University) and MSc Horticulture (The Pennsylvania State University), Christine is currently doing her PhD in Landscape Ecology (University of Sheffield).  She co-founded Green Roof Safari, and offers consulting and technical translation through Chlorophyllocity.  She is a contributing editor on Greenroofs.com; she is the Student Editor and also writes Christine’s Ramblings.

Christine moderated the panel on “Biodiversity and Green Roofs” where she also spoke about her research on plant community development and ecological processes on extensive green roofs with time. 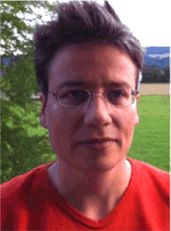 Nathalie Baumann (BioGeograph/Social Anthropologist) accomplished her Master’s of Sciences degree at the University of Basel, Switzerland.  Afterwards she worked on different projects of NGO’s like WWF Switzerland in the context of River Ecology, Biodiversity Assessment, Urban Ecology and Ecology of ground nesting birds.  Since 2005 she has been the Research Associate of Dr. Stephan Brenneisen at the Competence Centre of the Institute Environment and Natural Resources of the Zurich Applied University in WÃ¤denswil, Switzerland.  One of her main topics is the research project: Ecological Compensation of Roofs: Vegetation and Ground Nesting Birds (e.g. investigating on the success of broods, improving therefore green roof design, etc.). 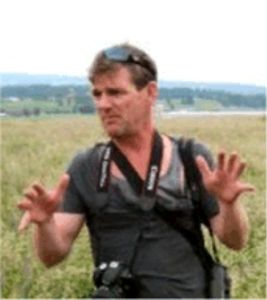 Dusty Gedge is a green roof campaigner and designer, who has actively promoted green roofs in the UK since 1997.  He has designed a number of seminal roofs and help develop the London Green Roof Policy.  He is also the current President of the established three PhD studies on green roof research and has a particular interest in biodiversity on green roofs.  He is also a writer, blogger and sometimes TV presenter.  Dusty is co-author of Small Green Roofs: Low-Tech Options for Greener Living, 2011 and DIY Guide to Green & Living Roofs, among other publications.  In 2004 Dusty co-founded Livingroofs.org, a non-profit organisation established to promote, advise upon and seek research into green roofs and similar structures within the context of urban and rural regeneration.

Dusty spoke about “Designing and Working for Biodiversity on Green Roofs for Over 10 Years.” 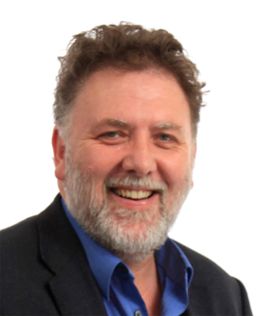 Gary Grant is an independent ecologist with 30 years of experience of ecological survey and assessment, habitat creation and restoration, green infrastructure planning and site design and management.  He works closely with built-environment professionals encouraging them to use the ecosystem services approach.  Gary began work with the London Wildlife Trust in the 1980s and moved into consultancy in 1989, designing his first green roof in 1992.  He wrote Green roofs and faÃ§ades, 2006.  Until 2009, he was a Director at AECOM Design + Planning working on large scale planning projects like the London 2012 Olympic Park, amongst others.  Gary’s current emphasis is on green infrastructure planning and climate change adaptation projects, as well as the design of building-integrated vegetation (green roofs and living walls).

Gary spoke about “My First Biodiverse Green Roof in 1992, Considerations for Planning and Design and Some Thoughts on the Future.” 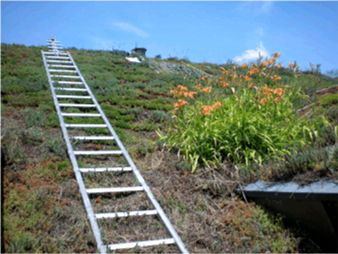 In the  “Biodiversity and Greenroofs”  Panel Presentation,  original research and unique experiences were discussed, from field work upwards to bigger picture perspectives, as well as corresponding experiences with legislation on urban nature conservation.

Nathalie Baumann speaks to her six years working on ground-nesting birds in Switzerland and the ecological compensation value that green roofs offer in this regard.  Christine Thuring speaks to her current work on plant community development and soil formation on old extensive green roofs in Germany.  Gary Grant speaks about lessons learned from his first green roof in 1992, which happened to be designed for biodiversity, and offers insight into planning and designing green roofs, thoughts on the future and commentary on potentials and limitations.  Dusty Gedge speaks to his 10 years’ work towards conservation of invertebrate and avifauna in London, and of transferring the scientific results into legislation.

As with all the other panel presentations, a concurrent live Q & A accompanied the panel session during the actual  2011 Greenroofs & Walls of the World™ Virtual Summit presentation with Christine Thuring, Nathalie Baumann, Gary Grant, and Dusty Gedge.  The commentary is no longer available for you to see – one reason to attend the upcoming Greenroofs & Walls of the World™ Virtual Summit – so you can participate and put your two cents worth in!

Note: Due to technical and other difficulties from the second party vendor who filmed our illustrious panel of four, this video does not have our standard  2011 Greenroofs & Walls of the World™ Virtual Summit branding, including the shots from Google Earth.  We are, however, planning on adding it soon to the four affected presentations so that they may be effectively identified for posterity.  Also, in this particular video the  second party vendor used the incorrect banner with the wrong date – our event was held on September 27 and 28, 2011, not in August.

Enjoy!  Visit  greenroofs.tv to see the “Biodiversity and Greenroofs” Panel Presentation or click below:

Check back next week on GreenroofsTV for our 26th installment from the Greenroofs & Walls of the World™ Virtual Summit 2011!