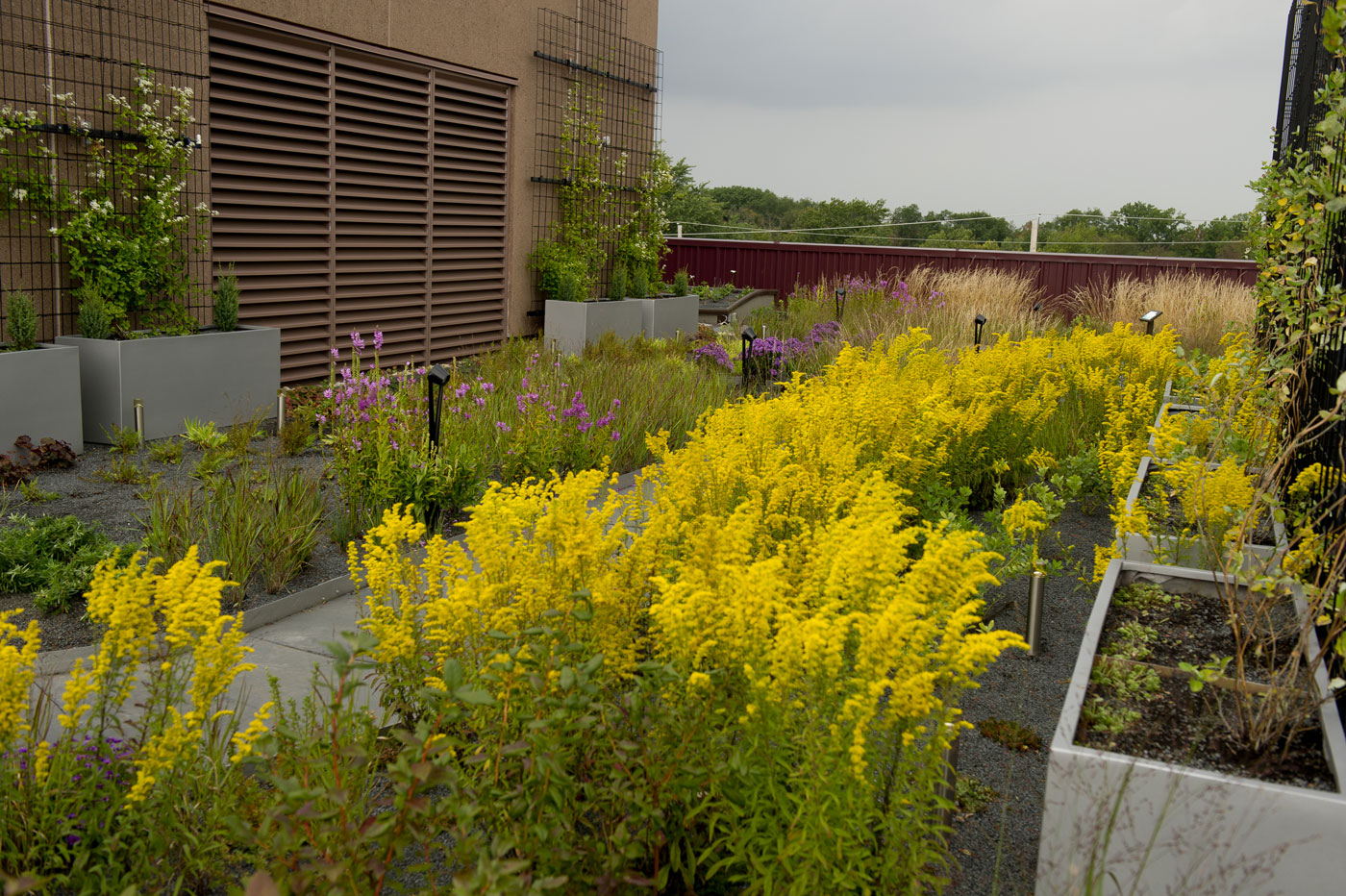 Learn about Tremco Incorporated and Tournesol Siteworks in the Greenroofs.com Directory.

Watch the 5:28 video Tremco Headquarters Renovation on their YouTube channel.

Headquartered in Beachwood, Ohio, Tremco Incorporated is dedicated to the development of high-performance buildings characterized by energy efficiency, limited environmental impact, and low operating costs. Tremco Incorporated is part of RPM, an international leader in the construction, maintenance and repair markets. In June 2010, Tremco began a foundation-to-roof renovation of its 40-year-old-headquarters. The goal: to transform the building into a showcase of sustainability that has achieved LEED Gold certification from the US Green Building Council. “Changes were so extensive that the certification is for new construction and not for renovation; officially, the building is LEED-NC. The building received 72 points from the USGBC, far surpassing the minimum number required for LEED Gold,” Tremco Press Release, 2012.

Tremco’s 46,000 square foot corporate headquarters renovation incorporated numerous sustainable features including a vegetated roof which was designed with four different sections to support a variety of low-maintenance plant life and edibles. The HQ also has a living facade trellis system by Tournesol Siteworks on several walls on top of the roof.

As Tremco states, “Transforming our headquarters into a high-performance building that is energy efficient, uses less water, employs renewable energy sources and reduces operating costs substantially from prior levels is a powerful statement about our commitment to developing and providing integrated, environmentally friendly construction solutions. We have provided building owners and managers with sustainable solutions for decades, and look forward to helping our customers continue to achieve these same kinds of outcomes.”

Sustainable features are incorporated throughout the building, including four types of sustainable roofing systems from Tremco Roofing and Building Maintenance:

During the renovation, Tremco sent nothing to landfills. Almost 100 percent of everything removed was recycled, reused or burned for energy. The company has implemented a zero landfill policy at its headquarters.