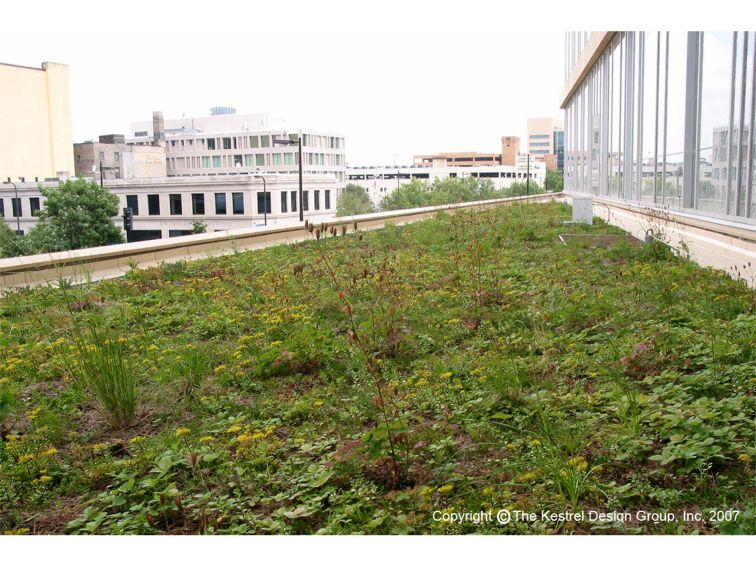 Read the May 25, 2011 Green-Roofed Minneapolis Central Library is a Civic Lesson on Eco Design by Andrew Michler in Inhabitat.com; and the April 5, 2006 Green Roofs Top Off The Public Library in The Chief Engineer.

The Minneapolis Central Library was completed on August 30, 2005 and has three greenroofs. This green roof was designed and installed to meet the principal goal of managing stormwater runoff on-site. Visitors to the library can view one of the green roofs from windows on 2nd floor, and all roofs are visible from surrounding buildings.

Eighteen sedum species, which are traditionally used on European green roofs, were combined with 41 grasses and forbs that are native to Minnesota’s bluff prairies – a habitat template similar, in many ways, to conditions found on extensive green roofs

The design concept, described above, was successfully implemented with careful species selection and placement. Excess stormwater runoff from the roof deck is collected and stored in cisterns on-site, and used to irrigate the three green roof gardens.