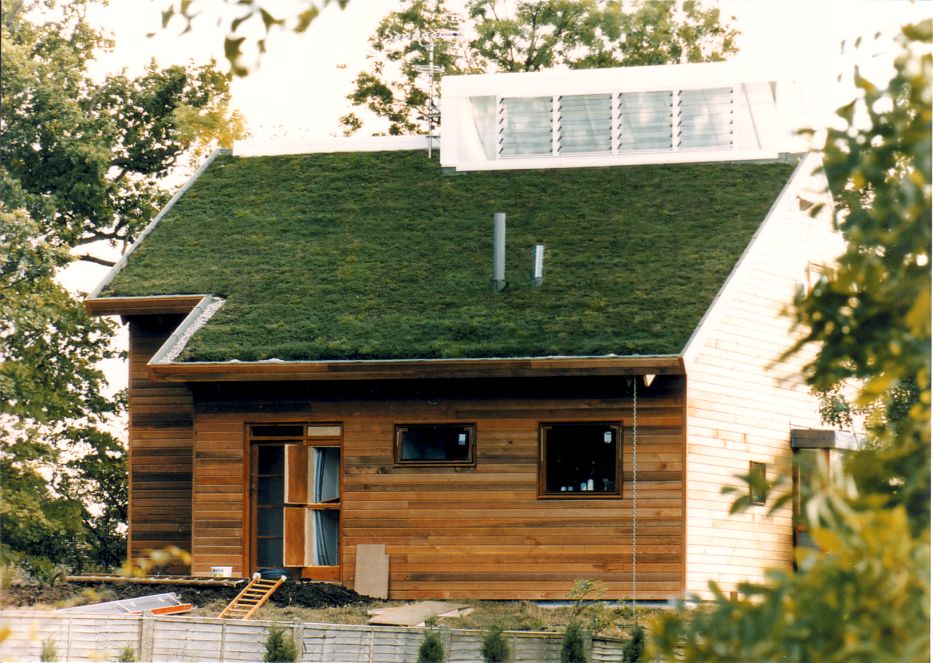 Featured in the BBC Dream House series, the INTEGER Millennium House is located at the Building Research Establishment Headquarters. “From Dream to Reality” was one of the mottos of INTEGER, which underlined the reason behind the house and project. The house went from design to construction in just 18 weeks. There were no budgets or contracts as everything was donated free of charge – materials, expertise and tme. The process was captured by BBC Channel 4 “DreamHouse” programme where viewers could tune in and see the progress of this unique home for themselves. The whole concpet behind the project was to be as environmentally friendly as possible and the green roof provided good insulation, low maintenance, and provided a natural alternative to felt roofs that was more aesthetically pleasing. The BBC Dreamhouse, also known as The INTEGER House, has won several awards, including: 2000 Homes 1988, innovation award; European Intelligent Building of the year 1998; National Home Builders design awards 1999; Design sense 2000, and the design Museum award for sustainable design.

The Bauder extensive green roof was chosen with its mixture of water rententive plants that were delivered to site in roll format. The Bauder System used S.B.S. modified, bituminous waterproofing membranes, and is fully insulated to current building regulations. They employed an Erisco-Bauder Extensive Green Roof System of a pre cultivated ‘Xeroflor’ XF300 vegetation blanket with a hydroscopic mineral wool mat rootzone. A timber matrix was incorporated to provide stability as well as aid the establishment of the planting. The fully insulated “Eco-Roof System” was installed to a slope of 35 degrees in only three days by Erisco-Bauder. No unusual structural requirements were encountered as the imposed load of the foliage was as little as 0.6 kN.m2. The lightweight nature of this type of system is a major benefit. Also, the supply cost of the planting and rootzone elements was approximately 27 British Pounds per m2, which equated favorably to the normal tiling alternative. The pebble eaves gutter acted as a vegetation prohibitive, preventing vegetation growing up under the flashings and damaging the building fabric, as well as acting as a drainage channel for surplus water, which drains down a vertical chain rather than a plastic pipe. The house was put up for sale two years after completion.