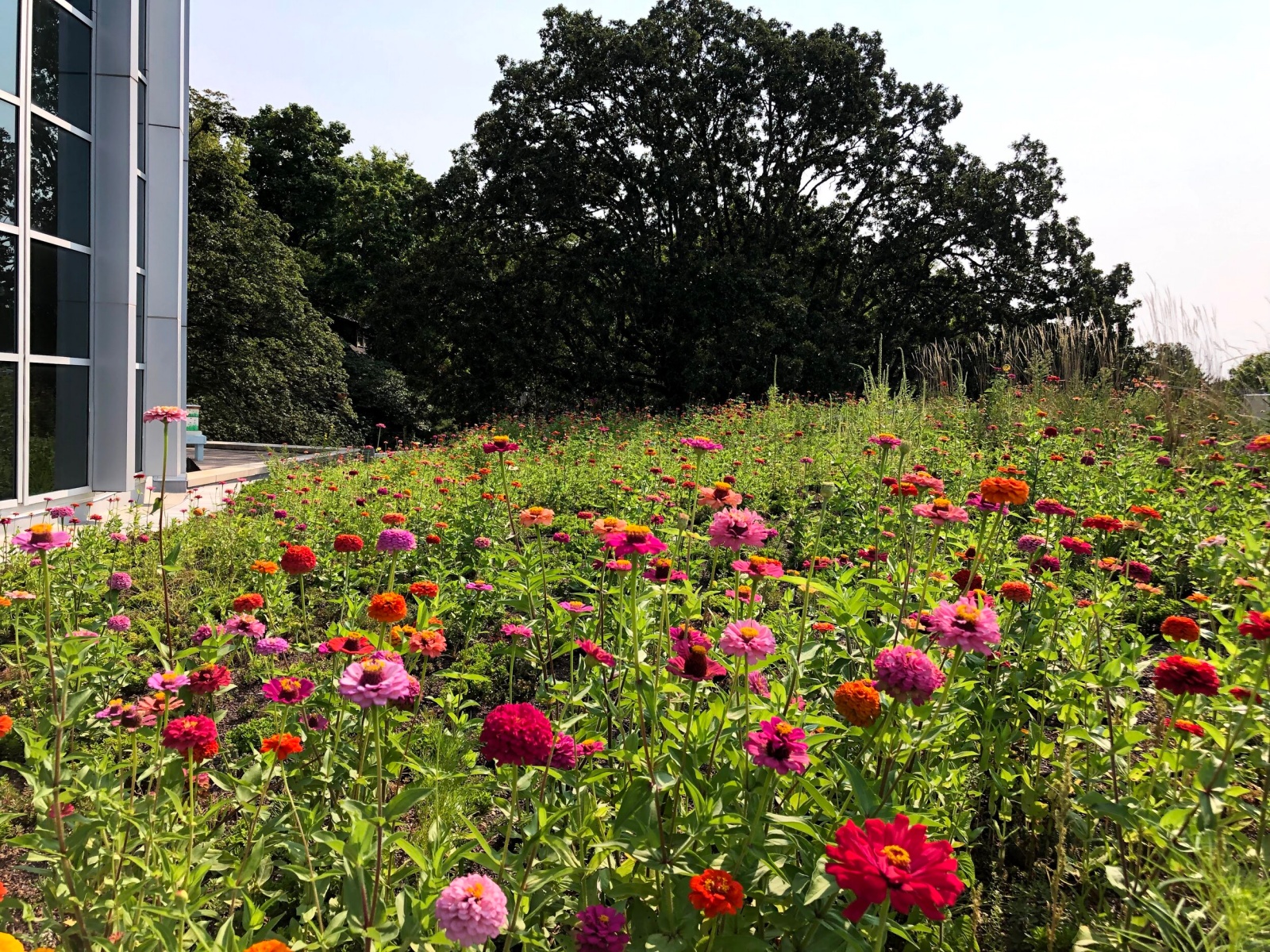 In 2016, a temporary millage was passed for the construction of the expansion of the Fayetteville Public Library.

“Opened to the public in January of 2021, the expanded FPL redefines the traditional public library model, providing education, services, and out-of-the-box programs for all ages. The 100,000 square-foot expansion began in 2018 with a total project budget of $49.9 million. A temporary millage increase in 2016 generated $26.9 million towards the project, leaving us $23 million left to privately raise through the Beyond Words Capital Campaign. Though the building is now open to the public, capital fundraising for the project continues.” ~ Fayetteville Public Library

The expansion was designed by architects MSR Design from Minneapolis, and constructed by Crossland Construction.

The extensive green roof on the expansion portion was installed in July and August of 2020 by Ozark Green Roofs. The system consists of a waterproofing protection layer, drainage layer, growing medium, plants, and irrigation. The growing medium is Rooflite Extensive 800 with a 4-8″ depth and was supplied by Missouri Organic.

The plants include 15,000 sedum plugs from Emory Knoll Farms ‘Mid-Atlantic Sedum Mix’ and ‘Leafy Green Sedum Mix’ and 50 lbs of American Meadow’s ‘Monarch Pollinator Seed Mix’. The irrigation system has seven zones and is connected to an automatic timer.

While the public can view the green roof from inside the Fayetteville Public Library, only maintenance crew has access to be on the green roof.