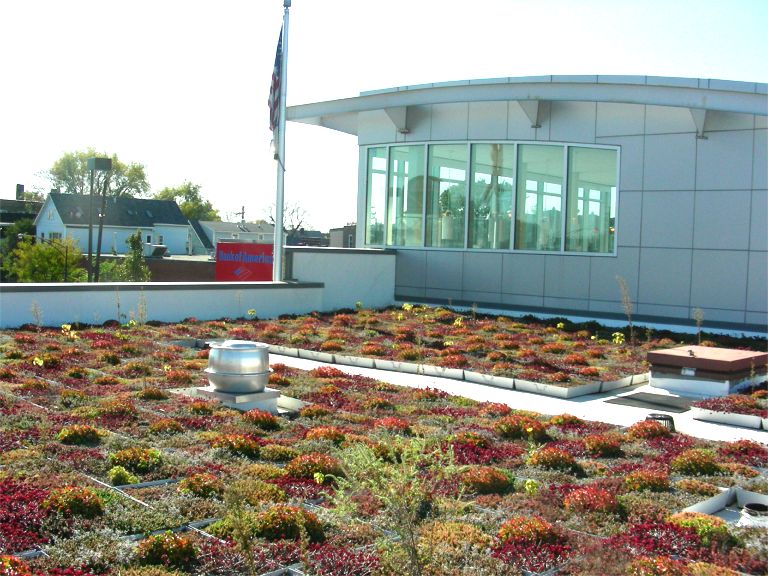 This Chicago location is the first green roof on a Bank of America building. In March, 2007, Bank of America announced a commitment of $20 billion over the next 10 years to encourage environmentally sustainable business practices. The ribbon cutting followed a ceremony in which local school children and dignitaries spoke about green roofs. Bank of America hosted an environmental awareness and neighborhood beautification day for the Logan Square and Avondale communities.

Referring to the very late planting time, Dr. Retlaff said, “At G.R.E.E.N. we had already demonstrated on our research green roof that survival of green roof plants planted on the roof after mid-September had gone down precipitously. In either case (late-summer or late fall/early winter install) in the Chicago (Bank of America) project, the green roof plants may not survive, necessitating a replant (which is a disastrous outcome and expensive). Turns out the construction delays were worse than expected, which led us to the ?frozen? research experiment in which I participated.” Read Dr. Retzlaff’s experience with this project in his April, 2008 G.R.E.E.N. Research Report entitled “The great FROZEN green roof project” here on Greenroofs.com.