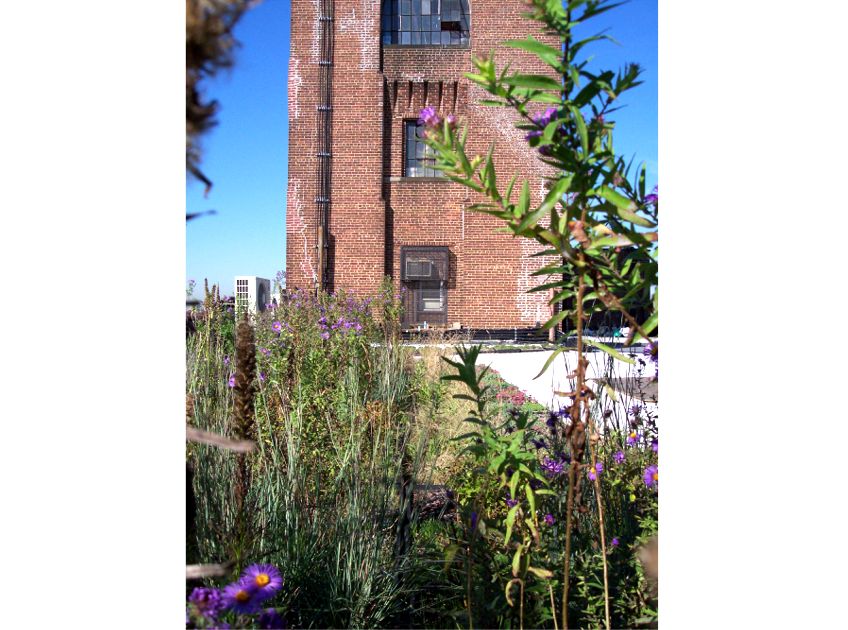 It is estimated that the city of New York handles as much as 40 billion gallons of sewage and storm water every year. Because of the challenge in handling this huge volume, it is not unusual for large amounts to flow into untreated into nearby streams and rivers, making storm water runoff an especially difficult problem. At one time New York was considering building a huge underground storage chamber just to hold millions of gallons of storm water to relieve the strain on treatment facilities. However, that plan was scrapped when it was determined it would provide only “limited benefits” at best.

In 2006, the environmental group Sustainable South Bronx (SSB) came up with another idea to help reduce storm water runoff. They installed a green roof atop the sprawling American Banknote Building located in the Bronx following studies by the University of Wisconsin that found a green roof can help reduce storm water runoff by as much as 75 percent.

When it came to selecting a green roof for the building, SSB looked at the many systems and products available and found one that best met their needs and budget and could be installed quickly: the GreenGridR modular Green roof system from Weston Solutions, Inc. With the GreenGrid system, plant and growth media are preplanted into modules made of 100 percent recycled plastic. The modules are then placed atop the roof, one after another. And installation is fast. As much as 4,000 square feet can be installed in an hour.”Green roofs are an emerging science and art,” says a spokesperson for SSB. “Green roofs, can [help us] deal with storm water nature’s way.”