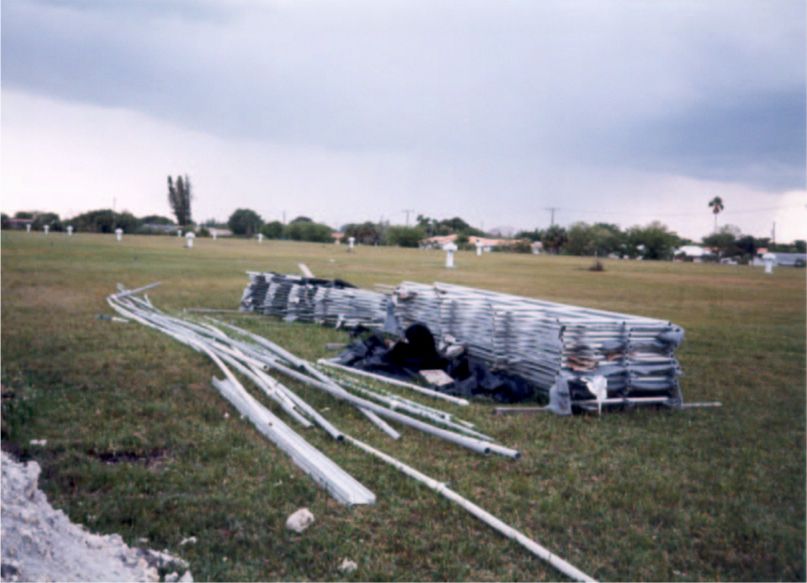 “Miami-Dade’s sole source for drinking water is ground water from wells. The wells feeding the Hialeah and John E. Preston water treatment plants — which serve most Miami-Dade residents living between the Miami-Dade-Broward County line and SW 8th Street — draw water only from the Biscayne Aquifer. This is also true of the wells feeding the South Dade Water Supply System, which is comprised of five smaller water treatment plants that serve residents south of SW 264th Street in the unincorporated areas of the County.

“The Alexander Orr, Jr. water treatment plant, which serves most County residents living between SW 8th Street and SW 264th Street, gets most of its water from the Biscayne Aquifer, supplemented by a smaller amount from the deeper Floridan Aquifer. Water from the two aquifers is blended at the plant prior to treatment,” (Miami-Dade Water and Sewer Department, 2010).

The Alexander Orr, Jr. Reservoir building is a 30 million gallon potable water reservoir. A green roof was chosen for its aesthetic purposes. The building is located in a residential area and the owner wanted the finished reservoir to resemble an open field.

The roof was primed with an epoxy and waterproofed with CIM 1000, manufactured by C.I.M. Industries Inc. The CIM 1000 is a high solids, low odor elastomeric urethane modified with ashpalt. The CIM 1000 was applied 90 mils thick then covered with a protection board to protect the membrane from construction traffic. After the waterproofing was complete the roof was covered in several feet of soil and seeded with a grass seed local to the area.