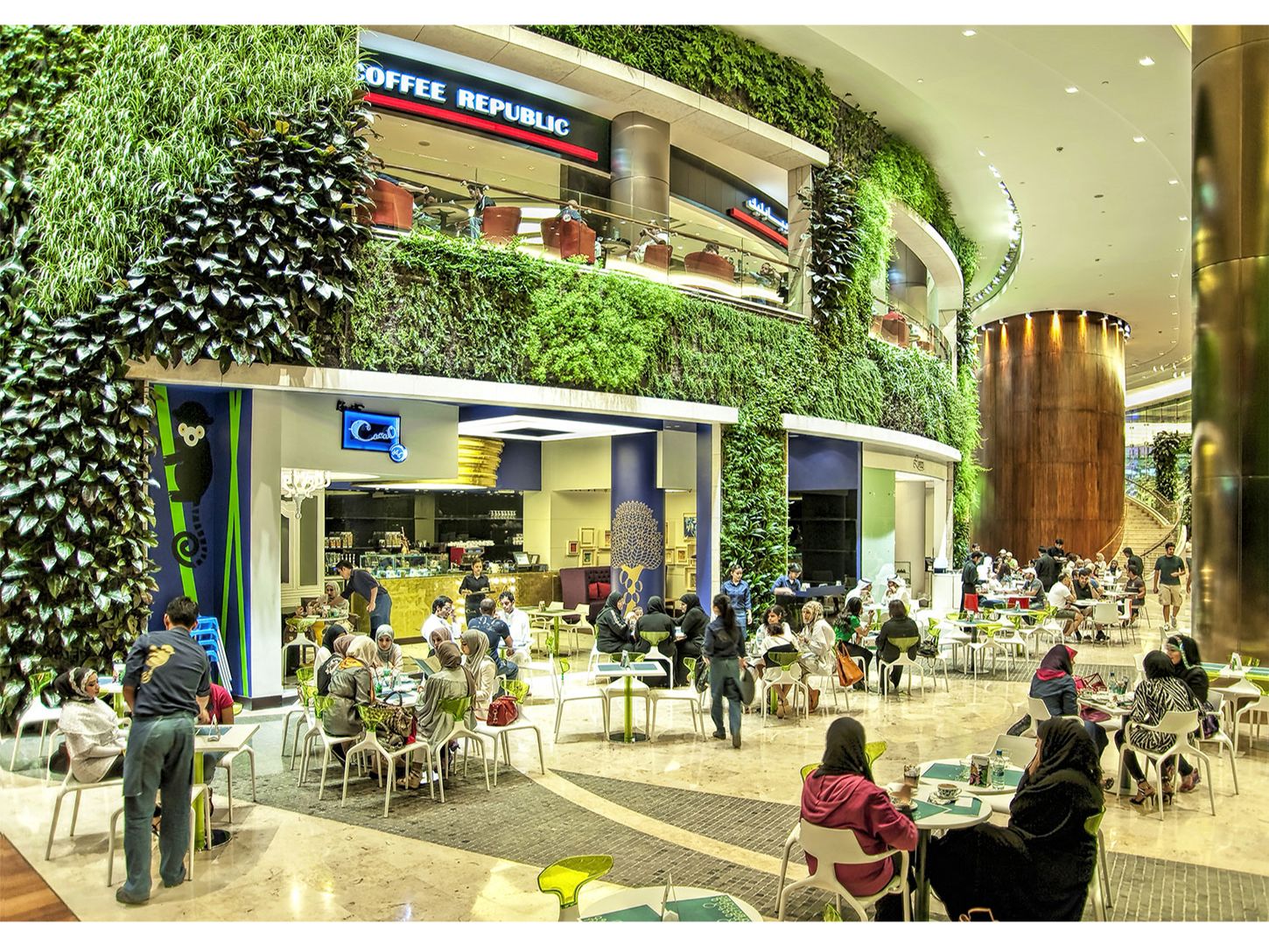 Developed by the Tamdeen Group and designed by architects CallisonRTKL in 2005, the 360 MALL is a unique luxury retail and entertainment complex. Combining upscale shopping, entertainment, art, and state-of-the-art technology to create one of the most dynamic retail and leisure destinations in the region, 360 MALL has become a top destination in Kuwait City. Strategically located in a busy and rapidly growing residential area, its dramatic circular shape was in part a result of rigorous zoning requirements.

CallisonRTKL took architectural design inspiration from the time-honored Islamic tradition of navigating by the stars, and gave the 82,000 m2 development a modern day interpretation while providing the optimal solution for the complex zoning restrictions. The design encompasses long-established Middle Eastern forms, color, and pattern, made from materials that create a timeless, landmark destination. Sculptured landscaping on the outside of the building and an organically shaped skylight in the Main Atrium welcome visitors.

RTKL, Tamdeen Group, and the 360 MALL was awarded a 2017 Gold Award in the ICSC 2017 Middle East and North Africa Shopping Centre and Retailer Awards; 2016 Real Estate Developer of the Year at Arabian Business Kuwait Awards; 2011 International Retail Shopping Centre of the Year from Retail and Leisure International; and a five-star designation in the Arabian Property Award 2010 Architectural Retail category.

The Atrium is considered the signature space of the mall, characterized by a three-story-high grand hall that connects the Sun and Star Courts. Featuring full-length windows, the Solar Garden forms a major entry screened by giant, translucent bronze panels with circular planet patterns.

In 2009, the first Patrick Blanc Vertical Gardens in Kuwait were planted here in distinct areas. Totaling 650 m2, the living walls are found in the main Atrium and Solar Garden and also include four freestanding double-sided vegetated walls.

In 2015 the Food Lounge at 360 MALL underwent an extension project in 3 phases. A major feature is the new garden-themed court at The Gardens with additional lush vertical gardens and a 10-meter high waterfall as the focal point. Electronic panels in the ceiling simulate the sky and the mall’s common areas have a designer-paneled ceiling. Planted in 2017, 180 m2 of vertical gardens were added including including a 29 m-long narrow suspended blade known as the “Fountain Hanging Crown.”

Patrick Blanc selected over 21,500 plants representing over 101 species from all around the world for his Le Mur Vegetal hydroponic greenwalls. Visually stunning, the vertical gardens function as a natural biofilter, improving the mall’s air quality. The plants were chosen for their diverse form, color, and texture to create a soothing and relaxing canvas of a tropical forest.

The process of watering and fertilization is automated on a timed irrigation system. The living walls have a built-in water filtration system which helps the plants thrive without worry of a build up of excess salts.

The 360 MALL showcases elegance, unsurpassed style, and luxury and the garden areas are its crown jewels. A favorite destination for family and friends looking for great shopping, food choices, and a pleasing environment, everyone can enjoy the sights, sounds, scents, and textures of a beautiful, green and charming oasis.