With summer around the corner, many cities are preparing to battle increasingly hot temperatures and provide some respite to their citizens. Heatwaves make not only working, travelling and socialising difficult, and in some extreme cases even life-threatening, they are also an economic drain and put pressure on essential services like transport and health.

What are ‘green envelopes’ and why would they transform the future of cities?

Now more than 970 cities are set to experience average summertime temperature highs of 35C by 2050, according to C40 Cities. And some cities are already appointing ‘chief heat officers’ to find ways of dealing with extreme temperatures.

Built up areas of cities, where tall buildings trap high temperatures in their surroundings, are particularly problematic due to the ‘heat islands’ they create. Rather than turning to air conditioning to solve this, which produces even more carbon emissions, there is a natural solution for reducing temperatures thanks to the power of plants.

But with the space for ‘green infrastructure’ like parks, gardens and trees limited in our cities, we must not forget about an important element of the built environment which can be part of the solution – buildings themselves.

The idea of a green facade or ‘living wall’ has gained momentum in recent years, in large part thanks to their aesthetic and often photogenic appearance. Too often, however, these green facades have been designed for beauty over function and have come to be seen as expensive and resource-heavy.

To achieve these benefits, however, we must start to take living walls seriously.

City planners and building designers need to look past a simply aesthetic facade and choose the best, most efficient plants. We also cannot afford to wait for a new generation of expensive buildings with built-in green walls.

The real challenge is how to make the existing city fabric consisting of thousands of older, existing buildings more sustainable, through retrofitting clever and efficient systems.

Turning existing city infrastructure green by installing plants can filter out fine dust and noise, reduce urban heat island effects, and even reduce stress. All it takes is regreening 20 percent of façades and rooftops for every fifth building in a city.

That’s part of Rudi Scheuermann‘s bold green building envelope plan, which reimagines the relationship between nature and architecture in order to create a more sustainable and happier living environment.

Rudi Scheuermann is Director and Global Leader Building Envelope Design at Arup. As an architect and engineer he has built up the building envelope design and numerous specialist disciplines, including building physics, fire protection, materials, lighting design and acoustics in our German office. His focus is on a multidisciplinary design of sustainable and energy-efficient building envelopes.

Read more: What are ‘green envelopes’ and why would they transform the future of cities? 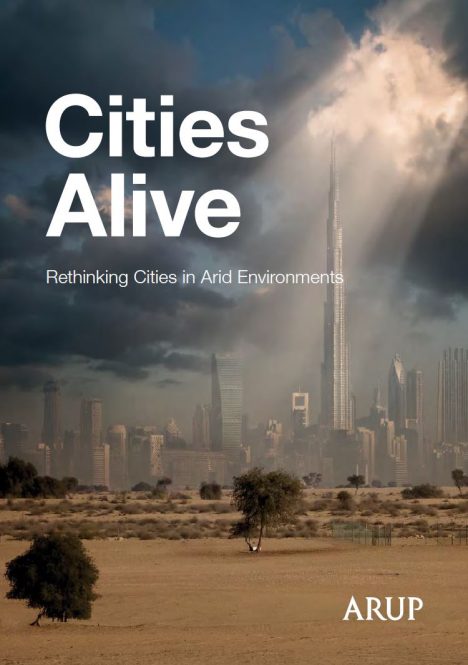