In honor of Memorial Day yesterday, we are featuring the much awarded and sometimes criticized redesign of Soldier Field. Remembering the fallen in war, we pause to honor those who gave their lives for our nation. Originally Municipal Grant Park Stadium, its formal dedication as Soldier Field was held during the 29th annual playing of the Army–Navy Game in 1926.

The multiple architectural contributors for the 2003 renovation – Lohan Caprile Goettsch and Wood+Zapata – are to be lauded for their complex engineering and design of the modern bowl while carefully preserving Soldier Field’s historic classical colonnade facade. And the design of the North Burnham Park and massive overstructure greenroof by Schaudt Landscape Architecture with Jeffrey L. Bruce & Company as consultant was an early example of groundbreaking, lightweight landform work. 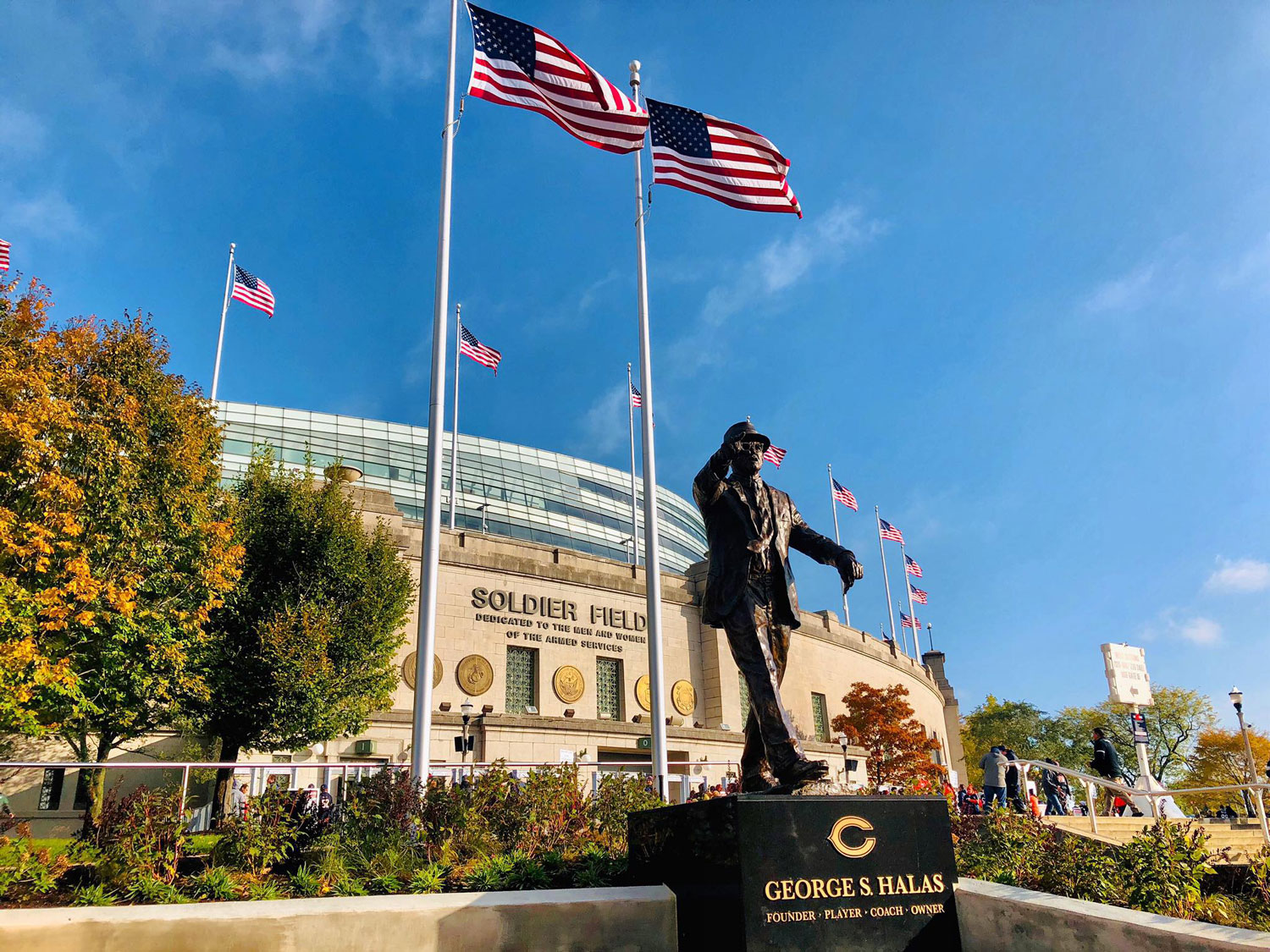 Dedicated to the men and women of the armed services, Soldier Field is located on famous Lake Shore Drive in Chicago, the first NFL Stadium to become LEED certified. Currently home to the NFL’s Chicago Bears since 1971, it is also the oldest football field in the U.S. and an overstructure greenroof.

Originally Municipal Grant Park Stadium, it was designed by Holabird & Roche and opened in 1924. The name was changed to Soldier Field in 1925 as a memorial to U.S. soldiers who had died in combat. Compared to other NFL facilities, the stadium was outdated and its $382.5 million revitalization was part of the City of Chicago’s Lakefront Redevelopment Project. 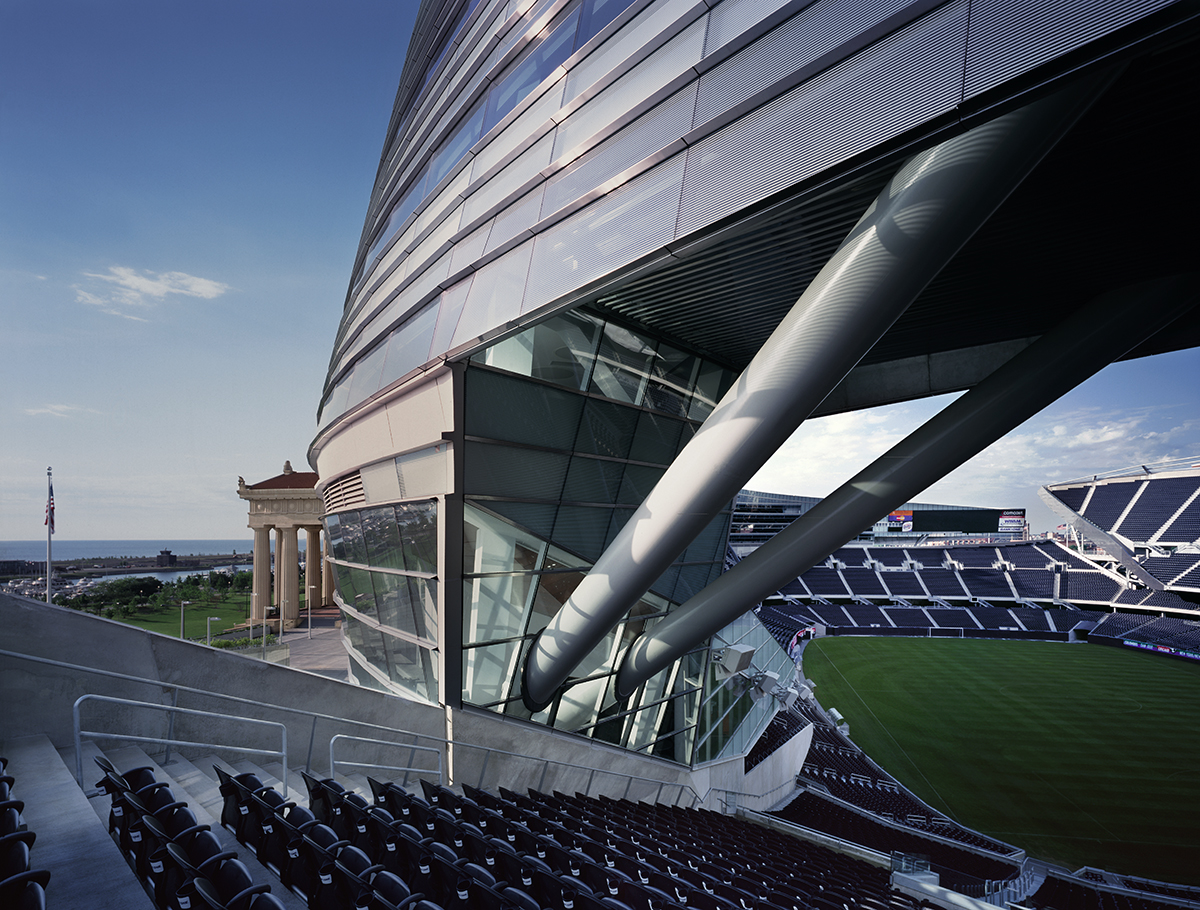 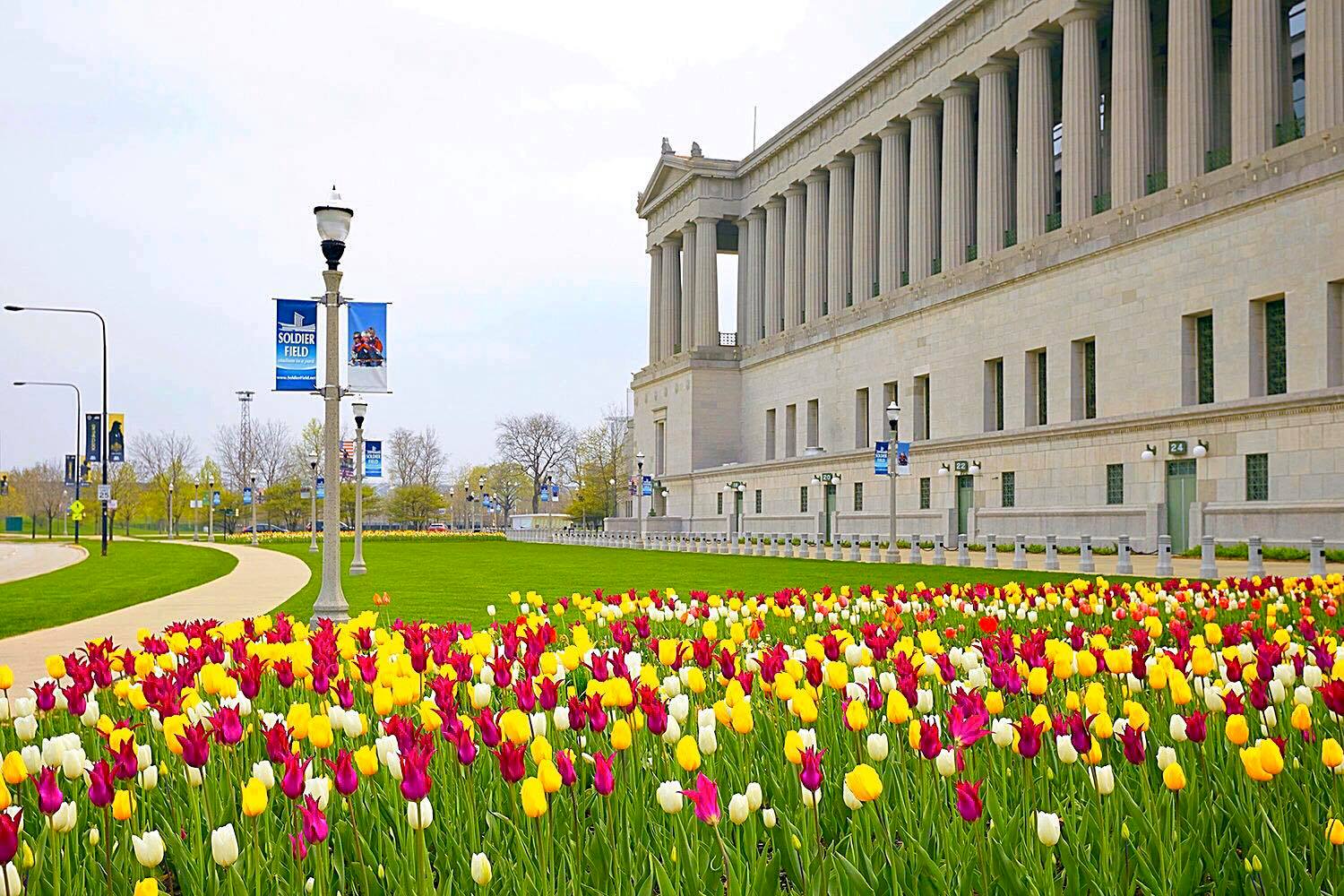 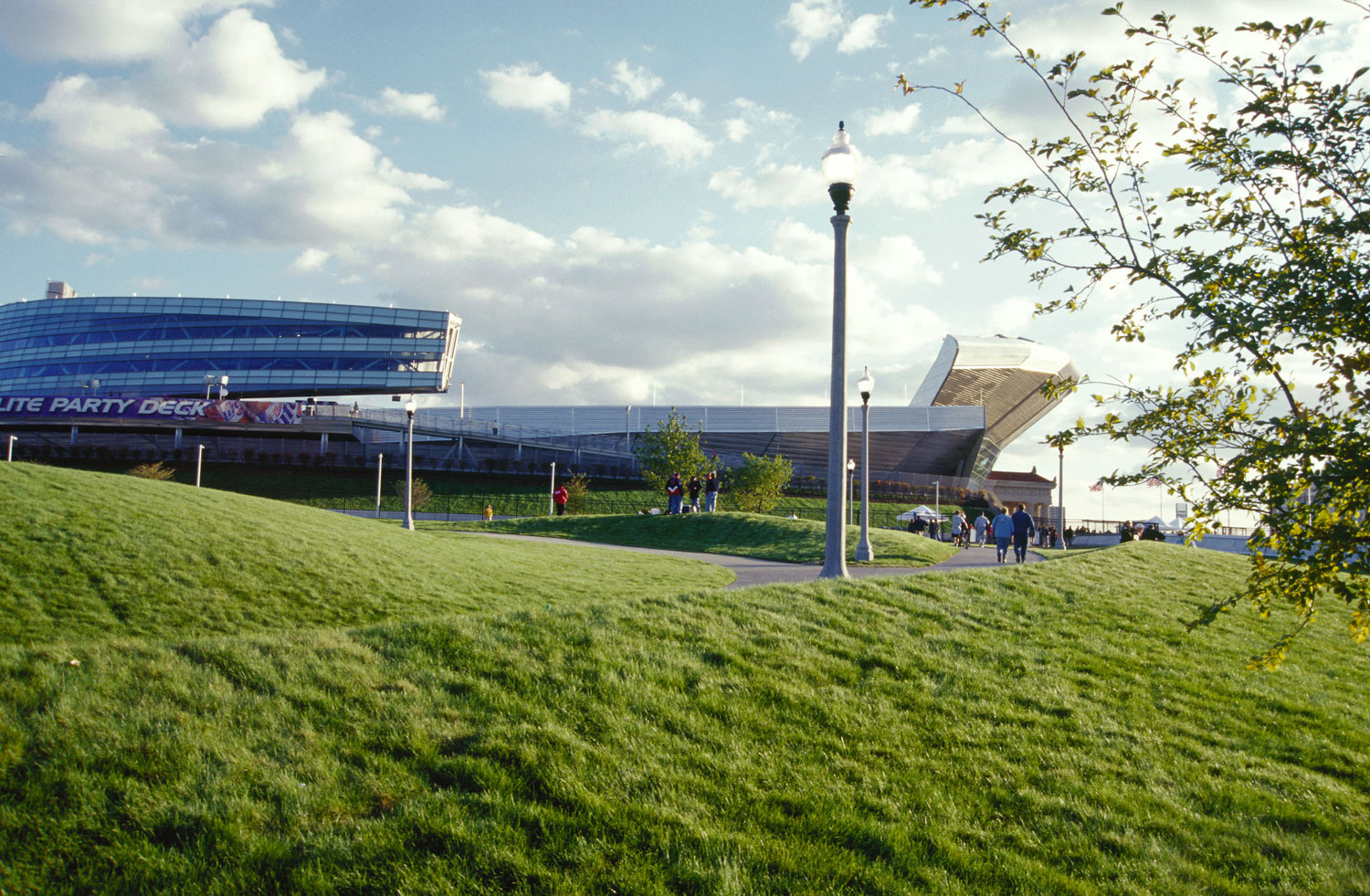 The renovation of Soldier Field was a key milestone in the development of greenroofs, and one of the first to utilize geofoam on such a large scale: the sculpted landforms conceal the 2,500 underground parking spaces. 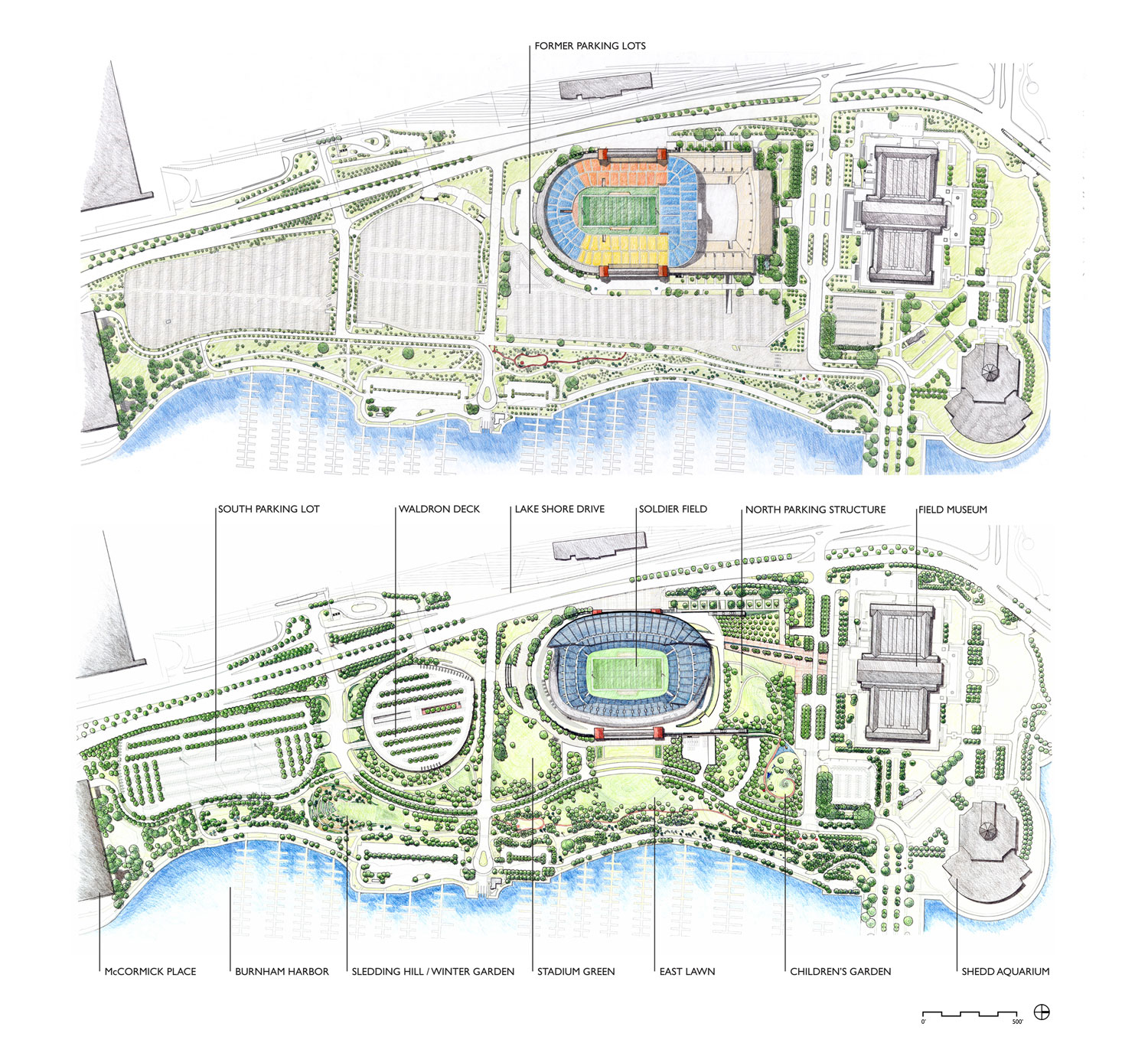 The sloping greenroof park is covered with shade trees of maple, ash, and linden, turf, and various perennials.

Chicago residents and visitors enjoy year-round access to the juxtaposition of the timeless neo-classical and new modern design of Soldier Field and experience unique views of the Chicago skyline and Burnham Harbor. The wide expanse of unique lakefront parkland, including the 9-acre public access greenroof, makes Soldier Field a “Stadium in a Park.” 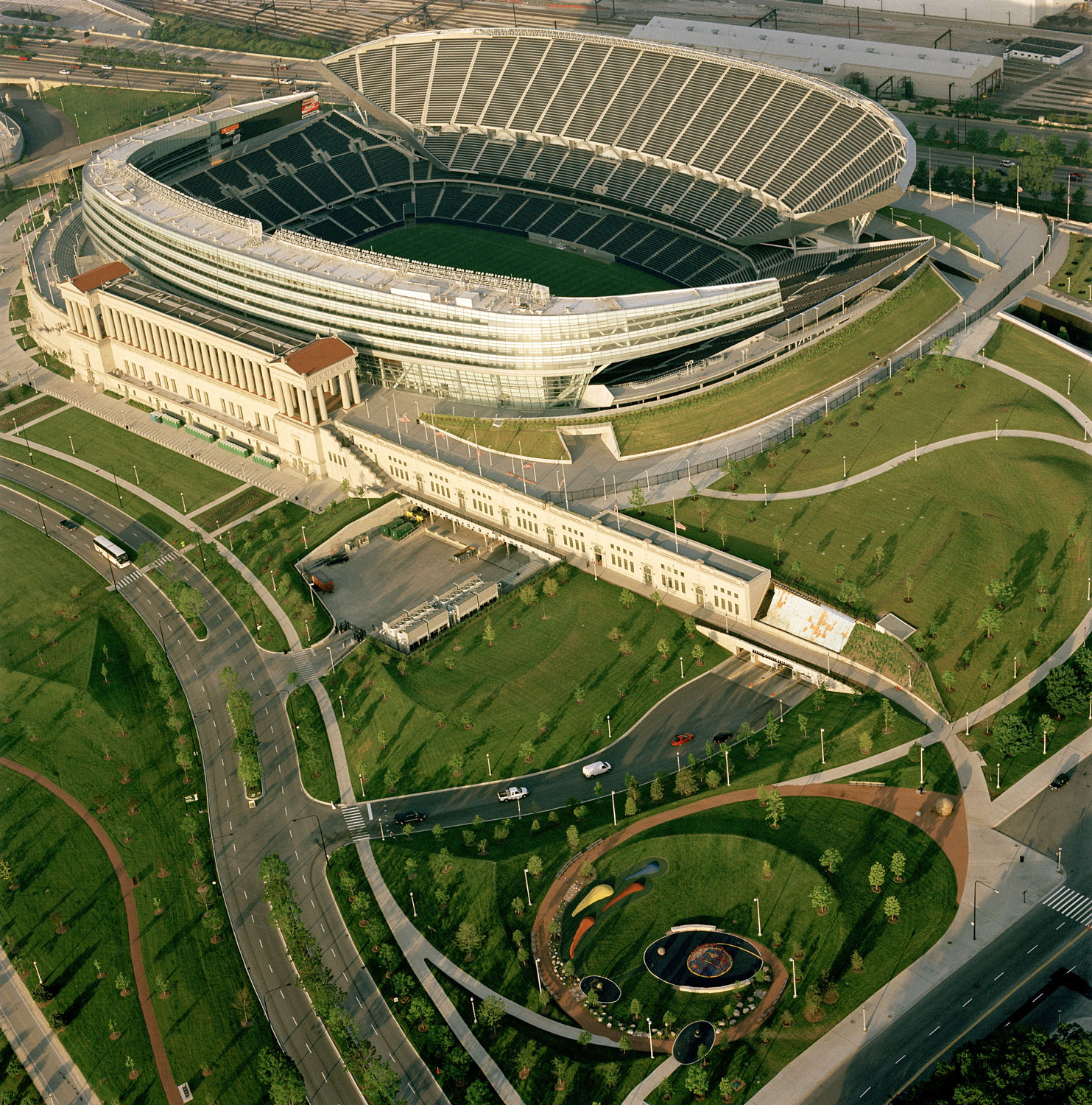 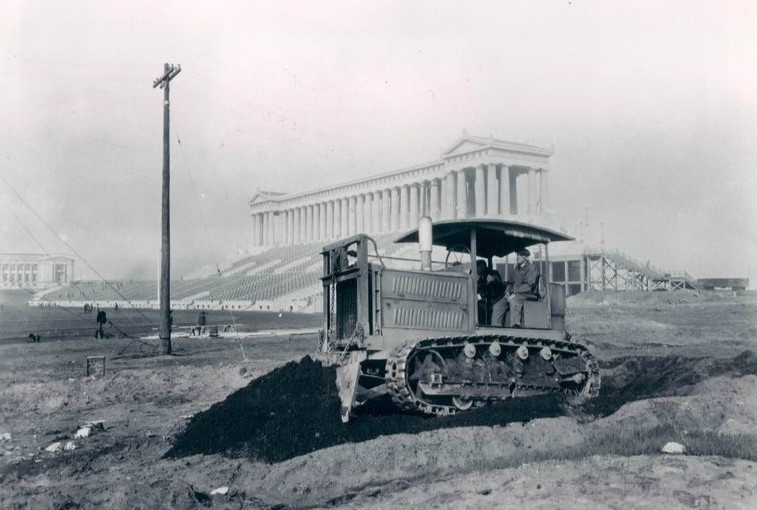 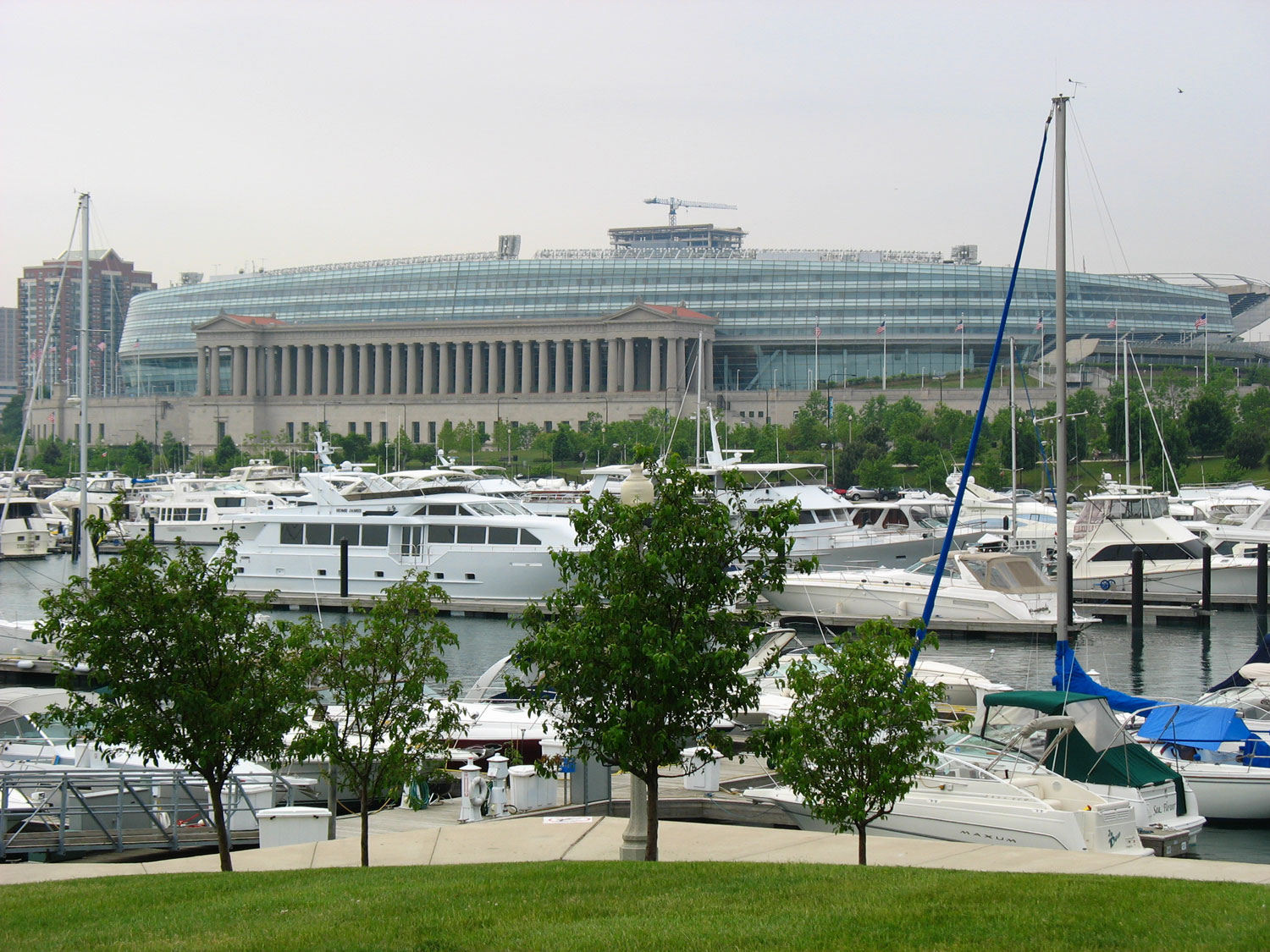 View from Northerly Island By Zukkie44 at English Wikipedia, CC-BY-SA-3 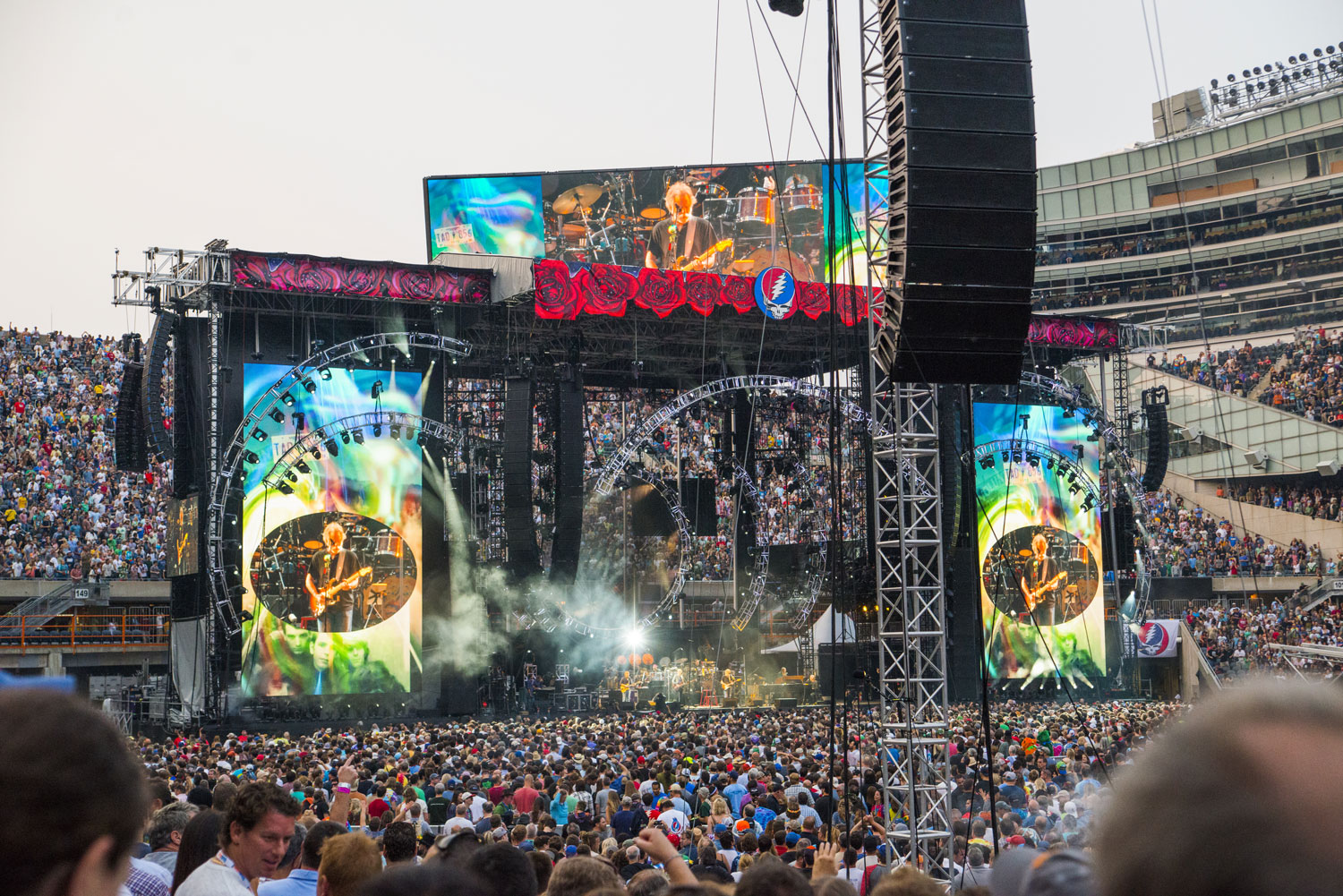 “2015 – Soldier Field hosted the final concert performances by legendary American rock band the Grateful Dead on July 3rd, 4th and 5th in celebration of the band’s 50 year history. More than 212,000 Deadheads rocked out at Soldier Field for the Fare Thee Well shows over the holiday weekend, shattering stadium attendance records.” Fare Thee Well – Celebrating 50 Years of the Grateful Dead in 2015 by naleck – DSC_4105, CC BY 2.0 on Wikipedia

See the Soldier Field project profile to view ALL of the Photos and Additional Information about this particular project in the Greenroofs.com Projects Database. 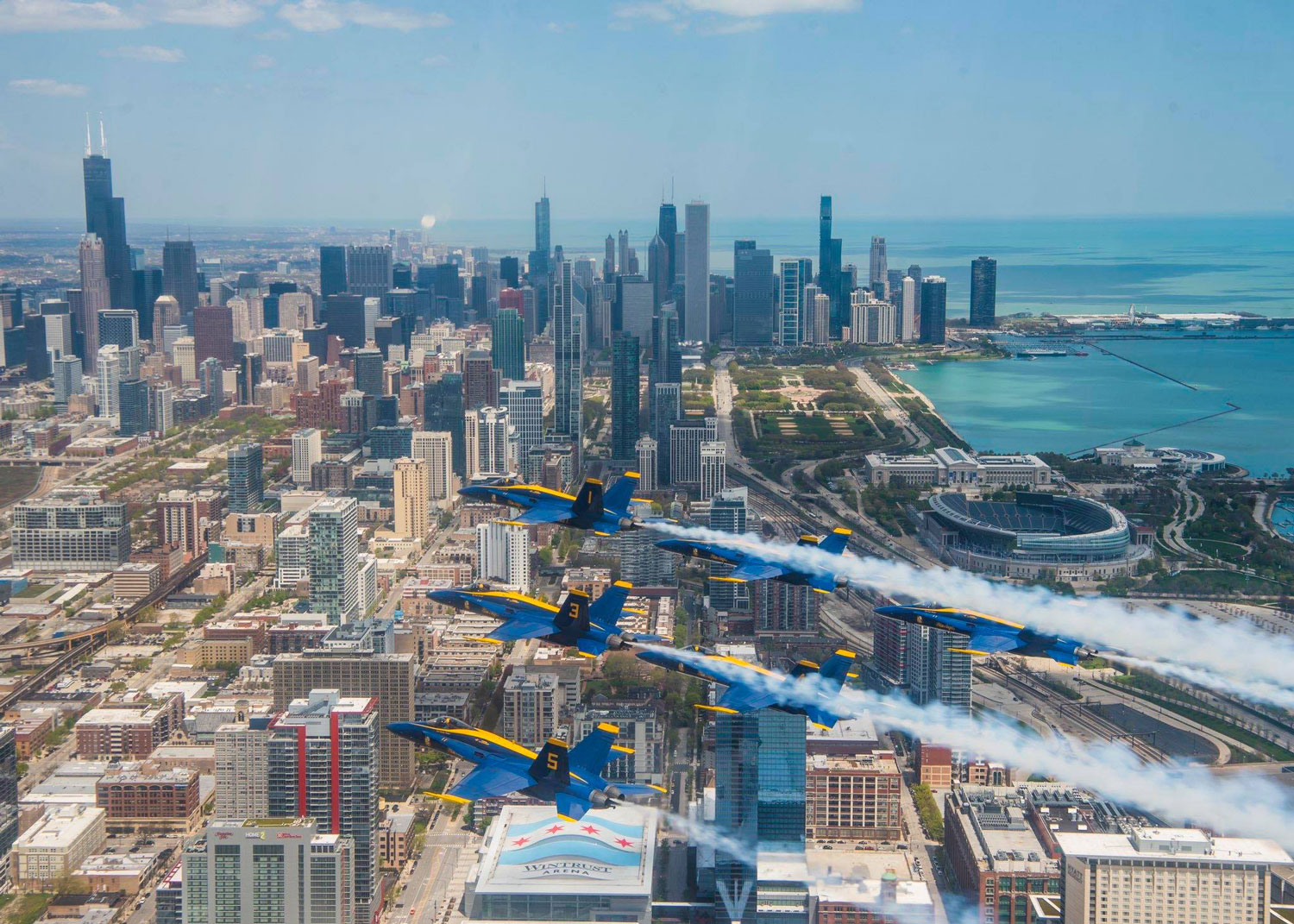 Featured Projects
Greenroof Project of the Week for April 29, 2013: Aqua