The Dirt Contributor of ASLA writes:

A wide-ranging proposal for a Green New Deal (GND) was introduced on February 7 in the House of Representatives in the form of a resolution sponsored by Rep. Alexandria Ocasio-Cortez (N.Y.), with a companion resolution introduced in the Senate by Sen. Edward Markey (Mass.).

Although the current GND resolution is largely aspirational and includes few specific policies, it contains a commitment to core principles of urgent transformational change that are fully compatible with ASLA’s positions, and mirror the recommendations the Society already put forward in our Blue Ribbon Panel report, Smart Policies for a Changing Climate.

Like our report, the GND resolution calls for widespread, immediate action that will ensure clean air and water; climate and community resiliency; access to nature; and a sustainable environment. We also strongly back calls for a national commitment to environmental justice for all Americans, especially for those from underserved, vulnerable, and neglected groups that have historically borne the brunt of the ill-effects of environmental calamities. ASLA supports the underlying principles of the GND resolution that relate specifically to climate change and resilience, and we are pleased that it has served to stimulate public debate about the accelerating climate crisis.

We at Greenroofs.com not only support the Green New Deal but the many organizations, such as the ASLA, which recognize its potential as a vision for a framework of sustainability for people and the planet. 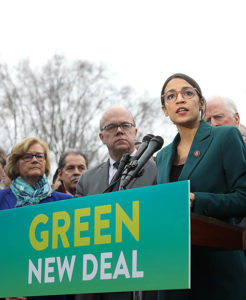 “Recognizing the duty of the U.S. Federal Government to stabilize, jumpstart, and propel the economy forward is nothing new. FDR did it with his New Deal between 1933 and 1936 in response to the Great Depression, and where would we be without the vision of JFK in 1961 with the National Space Program’s goal of landing a man on the Moon by the end of the decade?

Since when has “pro-environment” been a dirty word? The backlash and cynicism unleashed from the very vocal opponents of the Green New Deal Proposal is uncalled for and a cheap shot to Alexandria Ocasio-Cortez. Only the U.S. Representative for New York’s 14th congressional district since January 3, 2019, Congresswoman AOC should be commended for jumping into the fray and facing the physical and political challenges of the U.S. and the planet head on. Transitioning to 100% green renewable energy by 2030 is daunting, but certainly doable if we truly work together and create an open, honest dialogue. Ocasio-Cortez’s bold climate action proposal that also addresses economic, social, and racial injustice is extremely timely, and we should be encouraging innovative thought and bold response from our government leaders, not squashing them because they are broad and visionary.” ~ Linda S. Velazquez, Greenroofs.com Founder & Publisher

A plan such as the Green New Deal would allow cities of the future to embrace living architecture and green infrastructure such as this “Living City” ideal from Farr Associates: 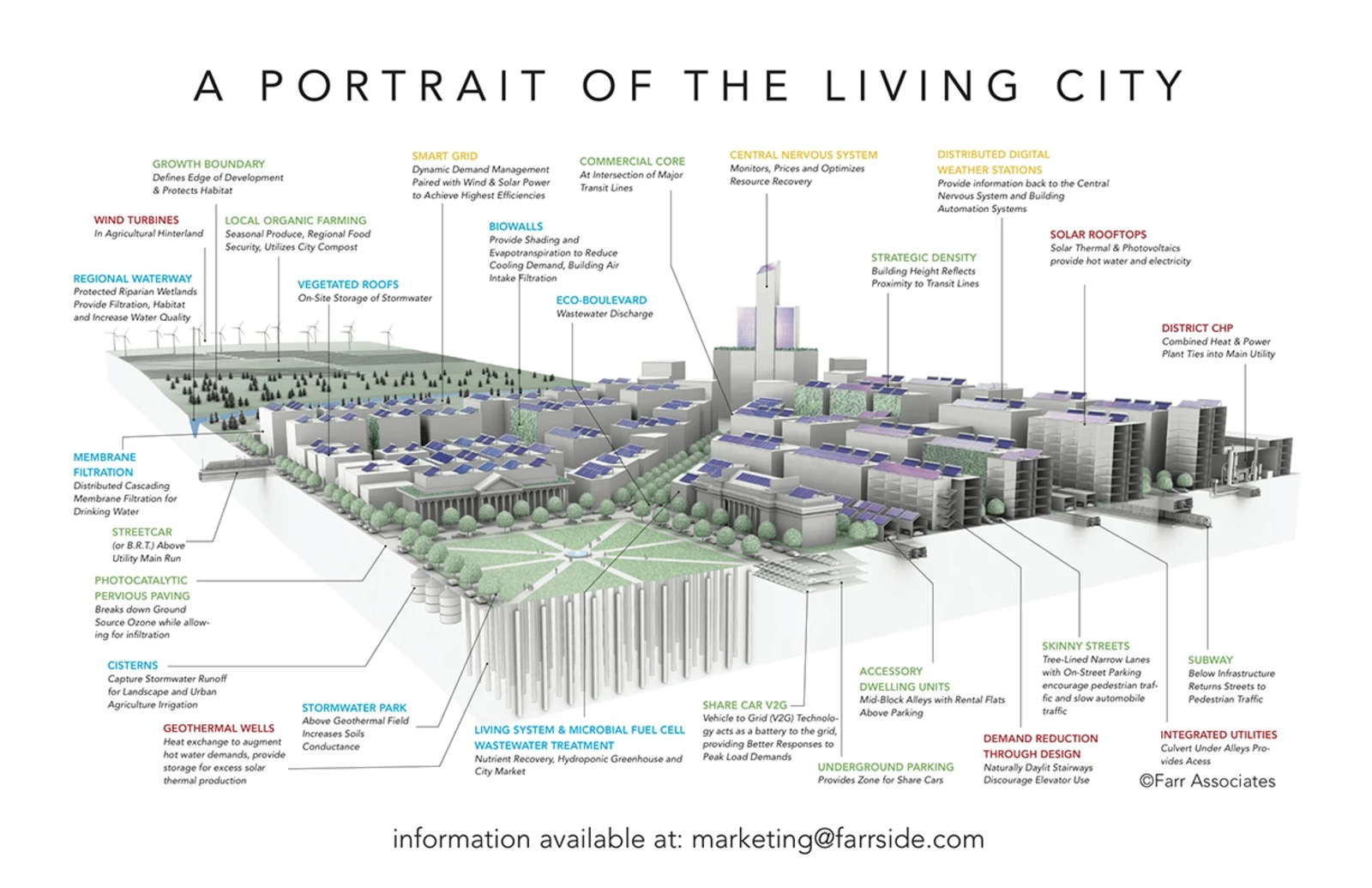 Farr Associates’ portrait of a city in which sustainability is placed at the center of urban planning.

Other organizations supporting a Green New Deal initiative include 350.org, Global Greens, Greenpeace, Sierra Club, and Friends of the Earth. 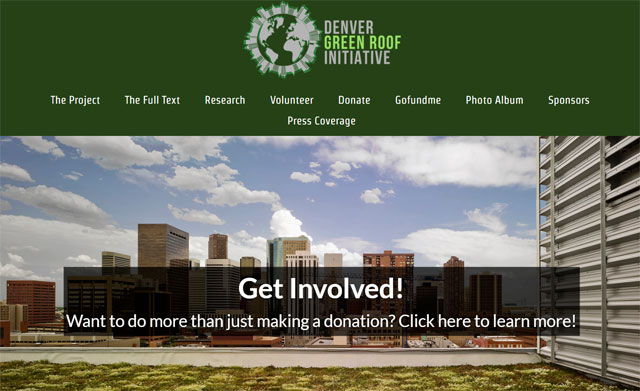