September 11 – today marks the 13th anniversary of the multiple horrific 9/11 attacks here in the U.S.  May we always remember and honor those lost.  On a more positive front, we’re thinking about a world issue and things we can do about it around the globe, and specifically in New York City:

Climate change is one of those hotly debated subjects with so many different points of views, from the sublime to the ridiculous, from fanaticism to complete denial. But I would have to believe that most of us in the living architecture industry have an environmentalist bent and can appreciate the seriousness of this potentially larger-than-life matter at hand.

World leaders will be gathered in New York City for the landmark United Nations Climate Summit 2014 on September 23, 2014 to address the climate crisis where UN Secretary­-General Ban Ki-­moon will urge governments to support an ambitious global agreement to dramatically reduce global warming pollution. 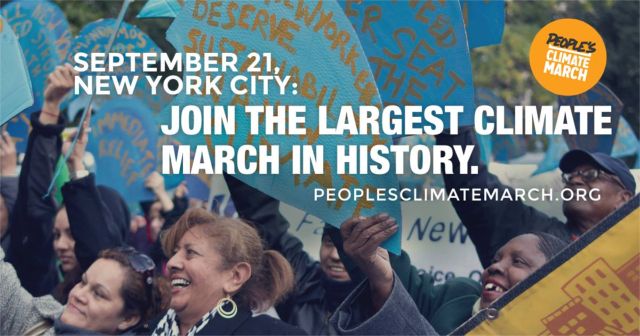 Are you aware of the People’s Climate March in NYC on September 21?  I wasn’t, but it was brought to our attention by our long time Student and Research Editor, Christine Thuring.  In anticipation of the UN Climate Summit, 1,000+ organizations are partnering on the peaceful March, accompanied by solidarity marches around the world.  Businesses, unions, religious groups, environmental groups, schools, social justice groups, and more are participating, including 350.org and Avaaz.org.  You can sign up at both organization for updates and sign a petition in support of climate change.

“There are several different bodies that are convening to collaborate on the People’s Climate March, including local New York-area community groups, international NGO’s, grassroots networks, churches and faith organizations, and many more.

Because this is a “movement of movements” moment, the People’s Climate March is being organized in a participatory, open-source model. This means that there isn’t a central “decision-making” body or single coalition. Rather, groups and individuals are collaborating with some basic shared agreements around respect, collaboration, trust, and many are using the Jemez Principles of Environmental Justice.” ~ PeoplesClimate.org

Released on September 7, 2014, a supporting film that you may be interested in seeing is ‘Disruption’ A Film by Kelly Nyks & Jared P. Scott. 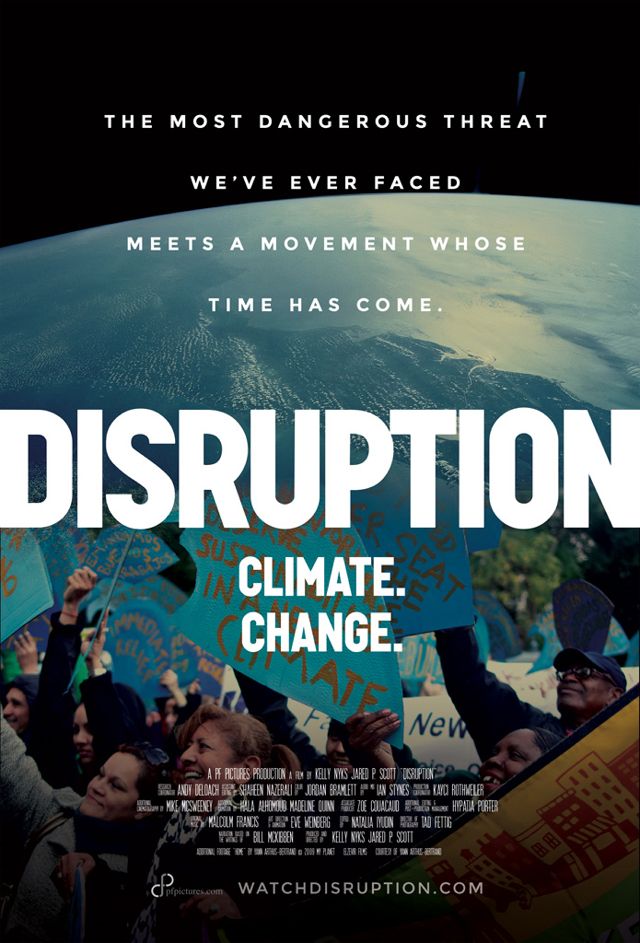 The Synopsis is below:

“‘When it comes to climate change, why do we do so little when we know so much?’

Through a relentless investigation to find the answer, Disruption takes an unflinching look at the devastating consequences of our inaction.

The exploration lays bare the terrifying science, the shattered political process, the unrelenting industry special interests and the civic stasis that have brought us to this social, moral and ecological crossroads.The film also takes us behind-the-scenes of the efforts to organize the largest climate rally in the history of the planet during the UN world climate summit.

This is the story of our unique moment in history. We are living through an age of tipping points and rapid social and planetary change. We’re the first generation to feel the impacts of climate disruption, and the last generation that can do something about it. The film enlarges the issue beyond climate impacts and makes a compelling call for bold action that is strong enough to tip the balance to build a clean energy future.” ~ WatchDisruption.com

We watched the 52:27 movie last night on Vimeo, but you can also watch it on YouTube, on WatchDisruption.com, or even here below:

Is it worth watching?  Definitely.  Is it a scientific documentary per se?  No, not quite, it’s more political in nature.  It does, however, contain enough condensed factual information to make its point.  I believe it assumes that the people who are watching it are pretty familiar with the multitude of years of climate change studies, research, etc., available to us.  Is it full of opinion and emotional heart-pulling calls to action?  It sure is; I believe that is its main purpose, and it does a great job.

The filmmakers are not trying to convince people of climate change here but asking us to join in and do something about it, specifically with the upcoming People’s Climate March in New York City where potentially hundreds of thousands of like-minded people will do the same.

I strongly believe this issue not only needs to be addressed in our lifetimes, but now.

By the way, there is a shot of solar panels galore on top of greenroofed buildings in Germany at about the 41:19 mark: 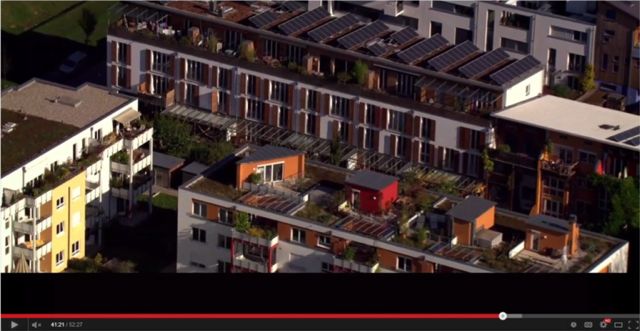 2 replies to "The People’s Climate March in NYC on September 21, 2014 and the Movie “Disruption”"